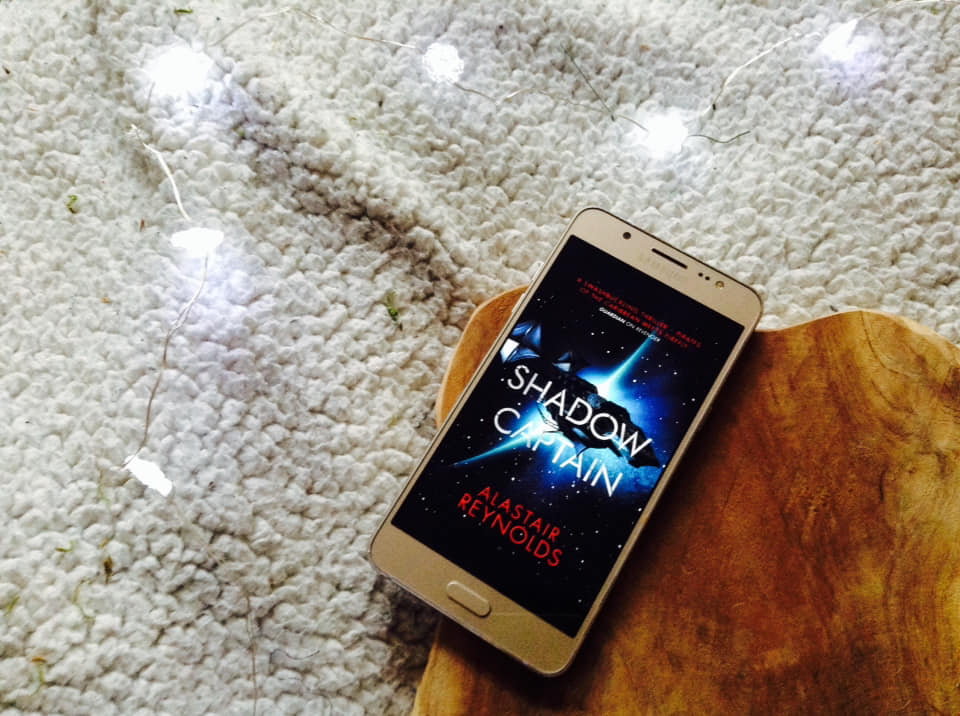 Thank you Gollancz and Netgalley for the review copy in exchange for an honest review.

Adrana and Fura Ness have finally been reunited, but both have changed beyond recognition. Once desperate for adventure, now Adrana is haunted by her enslavement on the feared pirate Bosa Sennen’s ship. And rumors of Bosa Sennen’s hidden cache of treasure have ensnared her sister, Fura, into single-minded obsession.
.
Neither is safe; because the galaxy wants Bosa Sennen dead and they don’t care if she’s already been killed. They’ll happily take whoever is flying her ship.

Books are strange things. Sometimes you can be past the first 100 pages and wonder where things are going and are you even really enjoying it. By the end you are hooked. That was Shadow Captain for me.

Shadow Captain is the sequel to Revenger, and follows the new crew of the newly named Revenger after the evens of the first book. It starts up a few weeks after it and instead of Fura’s point of view we now get her sister’s. This took some getting used to for me. For 400 pages I was in the head of Fura, seeking revenge. Now I was transported to the person who was the reason of her revenge. Her view on Fura is very different from what I experienced in the first book and it took some getting used to.  Fura of course has had to do some bad things and that changed her.

Adrana herself also took some getting used to. I think the trouble I had was that she was so influenced by Bosa, enough to put a knife to her sister’s troth. Yet in the first 150-200 pages we rarely notice this. This is a conscious choice by her we discover and once we did start seeing Bosa’s influence on her I felt things fitted more.

In a way this second book is a set up book. An in between book. It deals with the consequences from killing Bosa and taking their ship. Things aren’t as easy. They also have to learn how to crew together despite some of the lying that has happened between them and figure out a chain of command. There is also grief and the aftermath of their traumatic experiences that floats to the surface here and there.  This book was necessary for them to be able to really go for what their story is about. The questions they (or rather Fura and Adrana) and I have about their history. About how things work. About what will happen to them in the future.

Also the ending, totally called that before Adrana even thought about it. So when is the next book coming out?