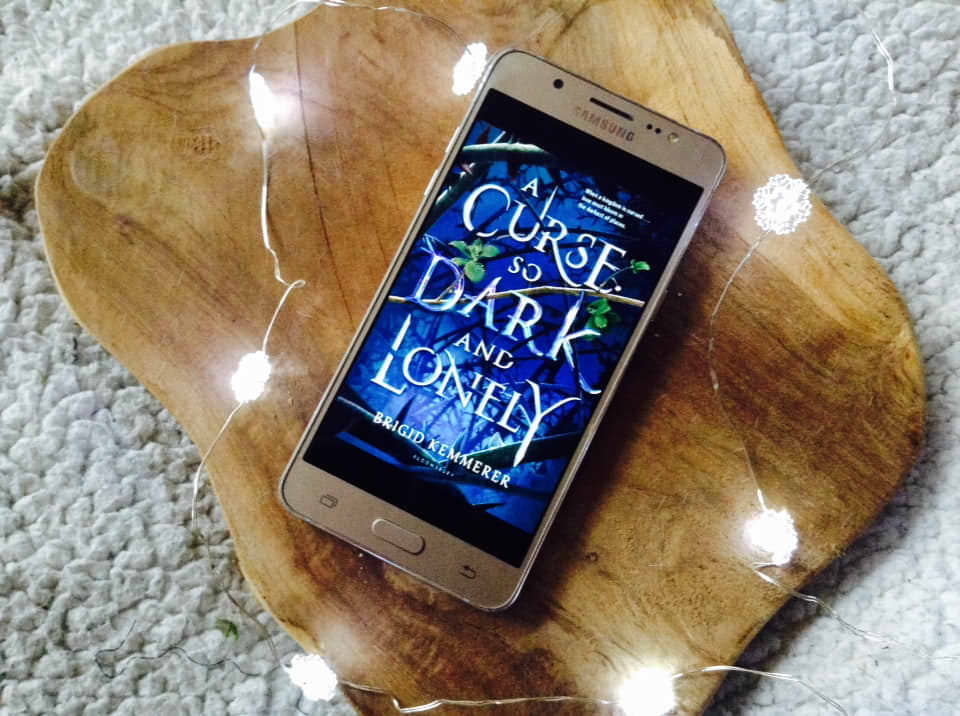 Thank you to Netgalley and Bloomsbury for the review copy in exchange for an honest review.

Fall in love, break the curse.
.
It once seemed so easy to Prince Rhen, the heir to Emberfall. Cursed by a powerful enchantress to repeat the autumn of his eighteenth year over and over, he knew he could be saved if a girl fell for him. But that was before he learned that at the end of each autumn, he would turn into a vicious beast hell-bent on destruction. That was before he destroyed his castle, his family, and every last shred of hope.
.
Nothing has ever been easy for Harper Lacy. With her father long gone, her mother dying, and her brother barely holding their family together while constantly underestimating her because of her cerebral palsy, she learned to be tough enough to survive. But when she tries to save someone else on the streets of Washington, DC, she’s instead somehow sucked into Rhen’s cursed world.
.
Break the curse, save the kingdom.
.
A prince? A monster? A curse? Harper doesn’t know where she is or what to believe. But as she spends time with Rhen in this enchanted land, she begins to understand what’s at stake. And as Rhen realizes Harper is not just another girl to charm, his hope comes flooding back. But powerful forces are standing against Emberfall . . . and it will take more than a broken curse to save Harper, Rhen, and his people from utter ruin.

You know that I could not get this e arc on my e reader properly… It made it freeze when I tried to open it. So I made a plan to read a 100 pages on the computer daily. I shouldn’t have bothered. I read it in one sitting. All 500 pages.

A Curse so Dark and Lonely is a Beauty and the Beast retelling. Of course I know the basic story. Who doesn’t? But I still haven’t read the original book. I need to. Having said that, it is easy to see how this is a retelling.  I think it does its best to stand apart. The beast in this book is very different, as is a part of the setting.  Harper comes from our world. I enjoyed the world and I enjoyed that the story took place outside of the castle of beast as well.

The world building in itself is solid but it can use some work. How exactly is their world shielded? Was our world and theirs connected at some point in history? And I have questions regarding the witches in this that were mentioned. First to be death. Than not? I also wish that there was more done with certain of the more enchanting elements of Beauty and the Beast, like the music playing. Where in the(original or rather Disney) story the castle is almost its own character due to the inhabitants, it barely plays a role here and I think that was a shame. It could have enriched this story so much. Yet I also understand that the author went for a more realistic route of blood and carnage.

As for the characters, I enjoyed them. Harper is a young girl in a tough situation. A father that left them with little more than problems, a mother that is sick and a brother who has to deal with their father’s demons. Literally. She herself has cerebral palsy, something that has played a big role in her childhood. Her brother treats her as weak, rather having her stand out and guard than fight with him if needed. She can’t fight with her thin arms, right? Yet when she sees a guy dragging a girl with him she jumps right into action. Harper is a fighter. She just doesn’t know it herself. It is something that she discovers throughout the book. And let us be real, not just physically fighting. But also fighting mentally. I appreciated this a lot and for as far as I can tell, as someone who does not have cerebral palsy, the representation is quite accurate.

As for the guys well there is Grey, the guard. Scary Grey. Who isn’t really that scary. He clearly has so much more to him than we get to see here. Crown Prince Rhen is cursed to become a beast every season, die and then relive another season until someone falls in love with him. Quite the set up. Rhen clearly has changed throughout the seasons and I would have loved to have seen more of that change in flashbacks or through Grey. I feel like it wasn’t addressed quite enough.

The ending made me feel a little iffy. It isn’t quite so solid as it suddenly leaves open something. I do think it creates a possibility for a companion novel with one of the characters. But I just wish the ending for this book was a little tighter.

So I really enjoyed this book enough to read it in one sitting. I was completely enthralled as I read it. It certainly isn’t a perfect book by an means though.

15 thoughts on “A Curse So Dark and Lonely / Book Review”