As always I wrap up this year with a dancing out of the year wrap up. We are on the last day of 2018 so I feel positive I can go through most of my goals as well here. I think looking back on a year is a good thing because sometimes I don’t remember things. Like the last bit of this year was hard and so the time before that feels blank. It is good to remember things went well back then too.

As I look back on the personal side of the year I find it interesting to see how I was still talking about maybe stopping my meds in the Summer at the start of the year. Where Summer was coming around I was talking about how I was functioning because of the meds and that was it, where in October I had to up my meds because I wasn’t doing that well. Not doing that well meant having suicidal thoughts.

Reading the wrap ups from this year are not that confronting because I realize I have been holding back on the personal section for a bit. I believe in showing a piece of myself here because that is what this blog is, an extension of me. But I find it hard to share things sometimes when I haven’t really placed it somewhere myself.

One of those things is my voice. One thing I have realized is how debilitating that part of my life was and how losing my voice so often still (at least 6-8 times this year for a week) is such a reminder of that. It messed with me in ways that I think is hard for other people to understand. And I didn’t deal with that. I’m dealing with it now.

I went to therapy. I started running (still in the baby shoes there). And I took some hard decisions in places like, that doing a short group therapy might be a good idea. It is hard and I am not where I’d like to be. One day at a time though.

I realize there have been some good things too though. Meeting Liesbet from Zwartraafje in real life again was certainly one of them. ❤ La La in the Library, Jolien from The Fictional Reader, Inge, Aly and Ely from Of Wonderland, Dina from Dinasour and Maraia from Lettuce_read (instagram) have been such a constant wonderful support throughout the year and I appreciate each and every one of you. So much. 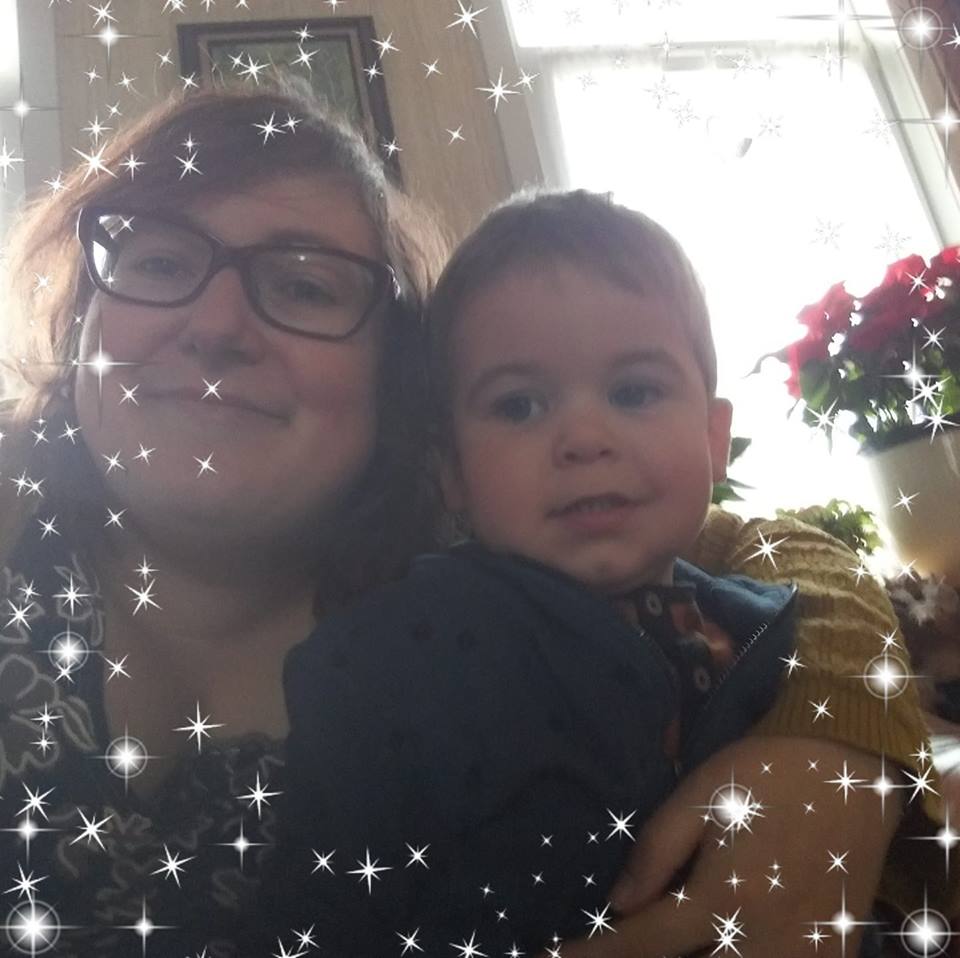 Merijn has been growing wonderfully in to such a big boy with such a big personality. A real toddler of almost 2,5 years old. We’ve had our ups and downs (molars, no naps) but I love him so much. And I guess the up and down is just a parent thing. It is never going to be just peaches. Gosh I wish it was just peaches, haha. I want peaches now.

Reading things went surprisingly well. I hit my initial goal of 60 books very early on and just kind of went with it. Lowering some of my expectations towards myself was a good thing I think. Things will go the way they will go how hard that might sometimes be. And this includes reading.

I ended up hitting my second goal, set up after the Summer, nearing the end of the year. It didn’t end up being as easy to complete that one as I had initially thought. My reading slowed down quite a bit compared to the first half of the year. Even so I made it. I’ve never read as much as I did in 2018 and I am proud of that. I can say that one year I hit 200 books 202 actually. The number I’ve always wanted, haha.

Read 5 Books by Dutch (or Belgian) Authors from My Shelves

Not from my shelves: Kort en Gelukkig by Marijke F. Jansen
DNF: ID-Crisis by Pepper Kay

I keep saying this was a disaster but I did actually read 5 books from my shelves. That some of these weren’t on my shelves at the start of the year doesn’t matter haha.

Do NOT Let Physical TBR Grow This Year

Well we knew this was going to be failed, right? I was never going to be able to do this goal. I love buying too much. I’m horrible. I’m trying to buy less next year but I’m not making into a goal I think. We have a few more expenses with Merijn for pre-school and you can’t spend your money twice.

I read 8 books of 15 and I removed 1 book from my shelves. That leaves me with 6 more books. There were all books I have reasons for not reading. But they are pretty much all shoved to 2019, just not maybe on one of these lists. 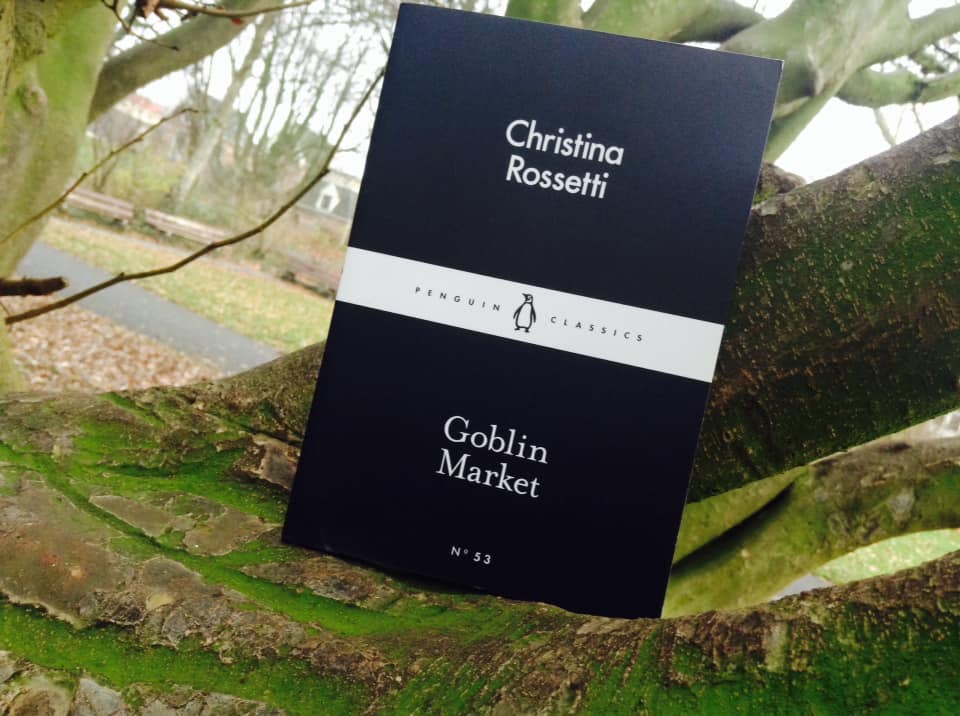 Animal Farm by George Orwell / Goblin Market by Christina Rossetti / Edward the Conquerer and Other Stories by Roald Dahl / Dorian Gray (abridged) by Oscar Wilde / Alice’s Adventures in Wonderland by Lewis Caroll / A Christmas Carol by Charles Dickens / The Nutcracker by E.T.A. Hoffmann

I think this is the first year I actually managed to hit this easily.

I hit over 130 backlist titles read and I think that is a pretty decent number for having read 202 books in total. Could be better.

I ended up getting the highest level Library Card on Fire (60+) with reading 64 library books which is not what I was expecting. I am super pleased with it but I hope that next year I’ll also read a bit more of my own books.

Read all the books gifted at Christmas 2017

This seemed like such an easy goal and yet nope.

This wasn’t a hard goal, and technically I didn’t complete it. But I am still pleased with how this went. Mostly I just wanted to keep track of the pre orders I had and how quickly I read them. Luckily I seem to read most rather quickly. Sometimes I just get caught up in the hype so I pre order even if I don’t end up having time for it and I know it. This kind of goal keeps me accountable. I think I’ll keep it for next year.

Also it is interesting to see that if I don’t read it within 2 months I actually don’t read it at all. Or at least not in the year it was pre ordered in. Interesting.

While not as quickly as others my blog keeps growing each year and I am quite pleased with that. Steadily wins the race haha. November this year was the first month my blog hit over 1000 unique visitors in a month. That was just great to see.

The ‘goals’ I had for my blog this year you can see down below. I put goals between brackets because this isn’t anything I worked on specifically. Just something I want to reach, especially with the stars. But if it didn’t happen this year it can happen next year. But they all happened now. At the end of December I was 5 followers away from 1k and I threw that onto twitter. So thanks to all those last minute followers. ❤