Thank you to Netgalley and Wednesday Books/St. Martin’s Press for the review copy in exchange for an honest review. 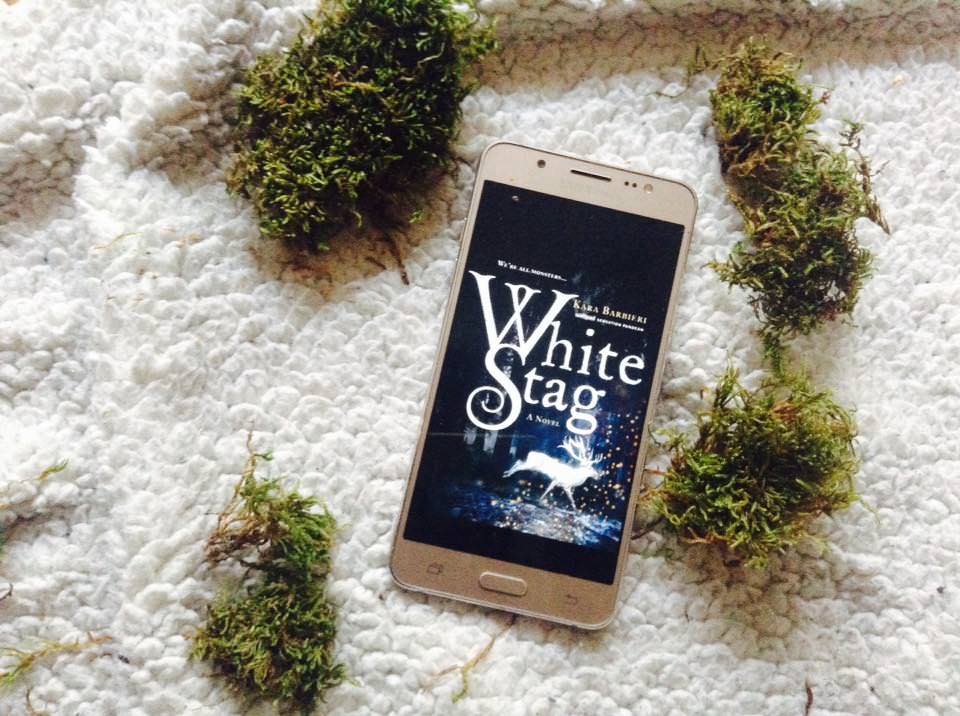 As the last child in a family of daughters, seventeen-year-old Janneke was raised to be the male heir. While her sisters were becoming wives and mothers, she was taught to hunt, track, and fight. On the day her village was burned to the ground, Janneke—as the only survivor—was taken captive by the malicious Lydian and eventually sent to work for his nephew Soren.
.
Janneke’s survival in the court of merciless monsters has come at the cost of her connection to the human world. And when the Goblin King’s death ignites an ancient hunt for the next king, Soren senses an opportunity for her to finally fully accept the ways of the brutal Permafrost. But every action he takes to bring her deeper into his world only shows him that a little humanity isn’t bad—especially when it comes to those you care about.
.
Through every battle they survive, Janneke’s loyalty to Soren deepens. After dangerous truths are revealed, Janneke must choose between holding on or letting go of her last connections to a world she no longer belongs to. She must make the right choice to save the only thing keeping both worlds from crumbling.

White Stag left me feeling a little mixed overal. There were certainly a lot of elements that I enjoyed but there were others that were a bit too much for me overall. Even so I think it is a solid read overall.

The book introduces us to Janneke, a survivor from a town slaughter by a goblin who then gets taken as his property. He abuses and tortures her before tossing her to a family member. In his care she heals and stays alive for almost a 100 years. When the Goblin King dies the Great Hunt begins and her master takes her along with him. It is then when revelations are made towards her true being.

This book focuses on Goblins. These goblins are pretty. I don’t think I’m wrong in assuming that most would find Goblins not exactly pretty but in this book they are. However they use illusions and glamor. Their true self is not so pretty. So I wasn’t quite so disturbed by this. Also these goblins are based on those from the Norse mythology and as such this takes place in the Permafrost and come across a few Gods (mentioned or seen). I liked this.

However when it comes to world building I have a few notes. I think the world building could have been a lot stronger. The Norse Gods just get casually thrown in without little explanation, the white stag also got little explanation seeing as how important it was. The goblin king just toppled over and that was it. The whole Permafrost and Goblin society also didn’t quite come alive for me. It just needed more shaping in places.  And for a human I think Janneke was allowed to too easily kill other goblins…

Plot wise I also have a few points though I can’t quite go into these without spoilers. Lets just say that some things in Janneke’s history were too far-fetched for me and felt tossed in. The ending also didn’t work for me at all alongside the romance.

Having said that though, I did enjoy reading most of this book. There is a certain grittiness to the story and our main character, Janneke. She is a fighter, she won’t go down, no matter what happens to her. As a rape and abuse survivor this is something that does come back to her throughout the book. Even though it was almost a 100 years ago, still seeing her abuser, her rapist, triggers things in her. That was realistic. But she also kicked his ass which I appreciated too. Which is why, seeing the synopsis of book 2 upsets me. Don’t read it until you’ve read this book because the synopsis has spoilers but once you do you will know what I mean.

As far as the characers go I really enjoyed Janneke’s character as mentioned above. Soren I liked as a person but his position in Janneke’s life makes me a little uncomfortable. Even so I do think he truly cares for her. Rekke was the sweetest, and the banter between Janneke and Septo was great. There was certainly humor in this book and I truly enjoyed that.