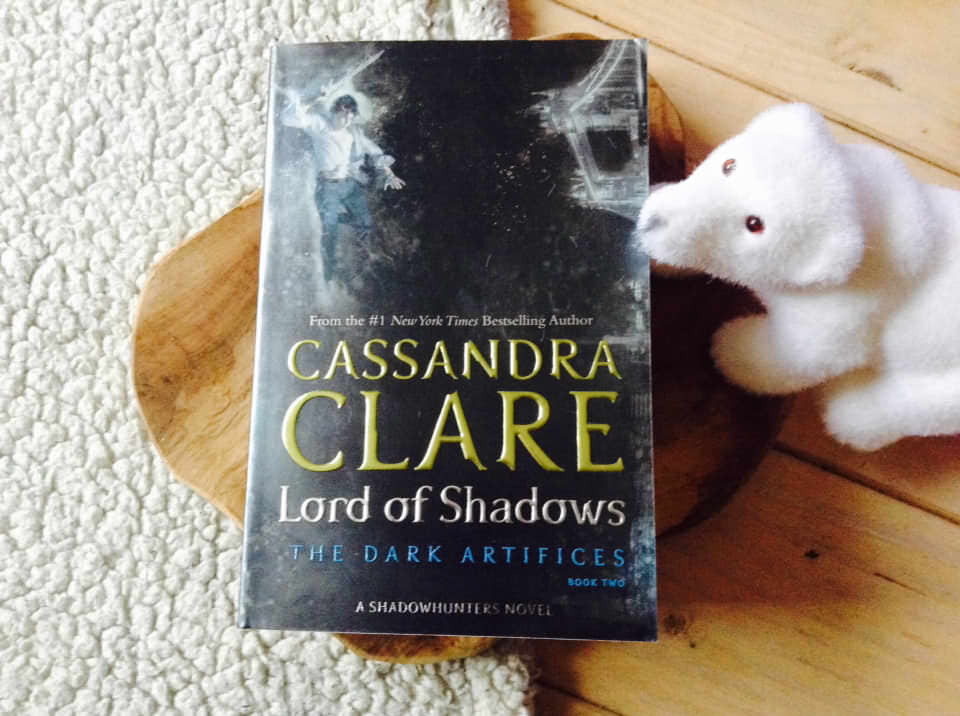 Spoilers for the first book in the series.

Emma Carstairs has finally avenged her parents. She thought she’d be at peace. But she is anything but calm. Torn between her desire for her parabatai Julian and her desire to protect him from the brutal consequences of parabatai relationships, she has begun dating his brother, Mark. But Mark has spent the past five years trapped in Faerie; can he ever truly be a Shadowhunter again?
.
And the faerie courts are not silent. The Unseelie King is tired of the Cold Peace, and will no longer concede to the Shadowhunters’ demands. Caught between the demands of faerie and the laws of the Clave, Emma, Julian, and Mark must find a way to come together to defend everything they hold dear—before it’s too late.

Lord of Shadows is a very solid, all encompassing book that ends up slamming right into you at the end. Read this if you already have book 3 in your possession. I warn you.

I enjoyed Lord of Shadows a little better than Lady Midnight. I knew the characters better and I had a better idea of what I could expect of the romance. Lots of drama. But I was prepared for that when I went into it, and I suppose I shouldn’t expect anything else of a Cassandra Clare book.

The book continues a few weeks after Lady Midnight, where Emma is fake dating Mark to get Julian to stop loving her. Kit is trying to find his footing amongst the Shadowhunters, a place he doesn’t really want to be nor does he want to accept who he is. Mark in the mean time has feelings for Christina who is back with her ex boyfriend, is fake dating Emma and has to go save his ex boyfriend in faerie realm. See what I mean with drama?

I don’t even think I can properly sum up this book as we go so many different ways. In part I felt that we sometimes went too far into the sidelines. Less is more sometimes. I also had difficulty with the constant changing pov. I don’t mind it every chapter, but almost every scene was even a bit much for me.

But having said all that, I am just really attached to these characters. They all have something so precious. Julian who cares so much for his siblings. Emma who kicks ass. Mark who is still so vulnerable. Ty who has to fight against the over protectiveness of everyone around him. Kit who is fighting the Blackthorn charm and loosing. Diana who has had to hide herself for such a long part of her life. And so many others. These characters and their relationships are so well built and woven delicately. It is why I think this series might end up becoming a favorite over The Infernal Devices. Because it has the characters I want.