So as you all know by now it is sci-fi month and that is just a whole lot of fun. The hosts created a photo challenge for over on bookstagram. Instead Avery from Red Rocket Panda made it into a book tag and I totally had to jump aboard that. I do have to admit that I struggled with some of these.

#RRSciFiMonth starts on Thursday and we’ve got a photo challenge for you. Feel free to do as many or few days as you fancy across November – just use the tag so we can find your pics!

Here is the graphic for it. I love that background.

You can go also go back to my intention to participate in sci-fi month, and the read the first chapter book tag I did at the start of the month. Both list some of the books I wanted to read during the month.

This is difficult because I’m not a 100% sure of it. I think what got me interested in SF was not books. That I know for certain. That was Stargate SG-1. From there I went to ofter SF shows like Battlestar Galactica, Fringe, Star Trek Voyager and the like. When Stargate stopped I realized there were novelizations and I bought a few of those. City of Gods was the first I read. I think you could say that was my first SF read. That I recall anyway. But outside of that and outside of some dystopia I’d say Hitchhiker’s Guide and the Lunar Chronicles.

I quite honestly have no idea. Okay I googled and got the Babel Fish in Hithhiker’s Guide to the Galaxy. It is not a dog but I can’t recall any…

Difficult but at the moment I’d say the Wayfarers books by Becky Chambers.

I mean I’d say Firefly but that isn’t a book haha. It does make me think of Revenger which I was reading at the time of filling in some of these questions. While it isn’t quite a space western there are some space pirates in a rather broad sense of the word.

This prompt makes me think of On the Edge of Gone by Corinne Duyvis suprisingly. I think it was the race to the ship or the shelters as the comet was coming…

This makes me think of The Zanna Function. An interesting middle grade fantasy read that turns the magic into science.

I recently got the Avalon duology by Mindee Arnett and I am super curious about them.

This makes me think of various dystopia books where unity in society (like In Transit) is often more a prison sentence. And there is one main character that dreams of true freedom. 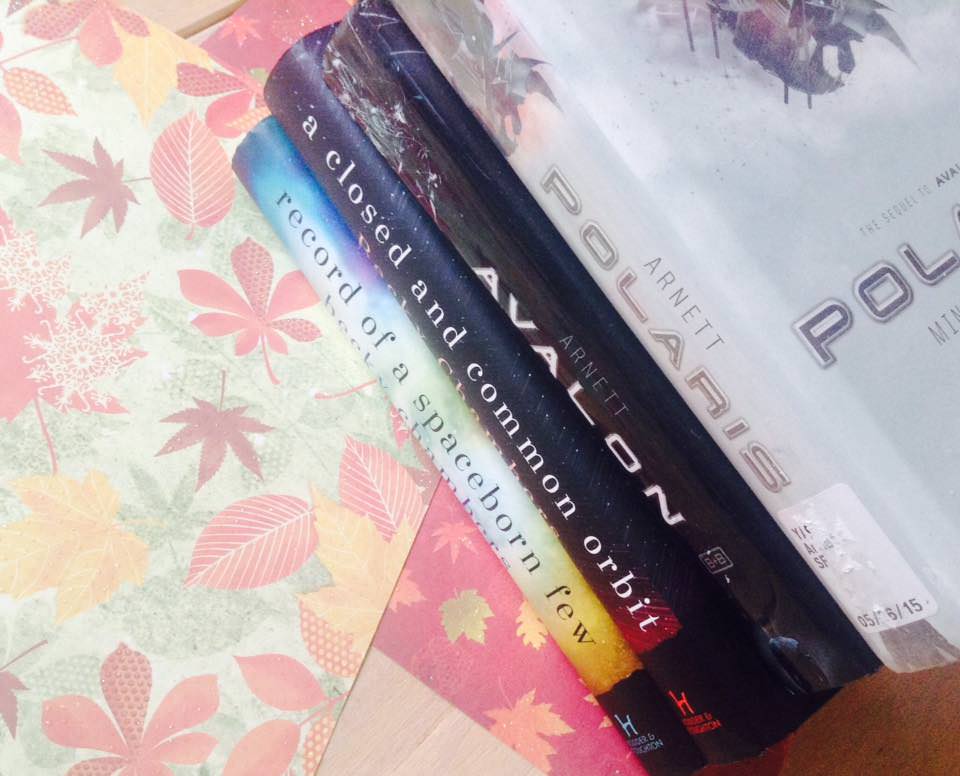 11 Lest We Forget, Fallen Heroes

This makes me think of Record of a Spaceborn Few by Becky Chambers. ❤

12 Best Ship in the Galaxy, Kid

Can I say Wayfarer?

The Lunar people from The Lunar Chronicles by Marissa Meyer. I really like the idea of aliens living on the moon all this time haha.

Defy the Worlds by Claudia Gray. They went to a completely new unknown world in between some hopping to different planets. 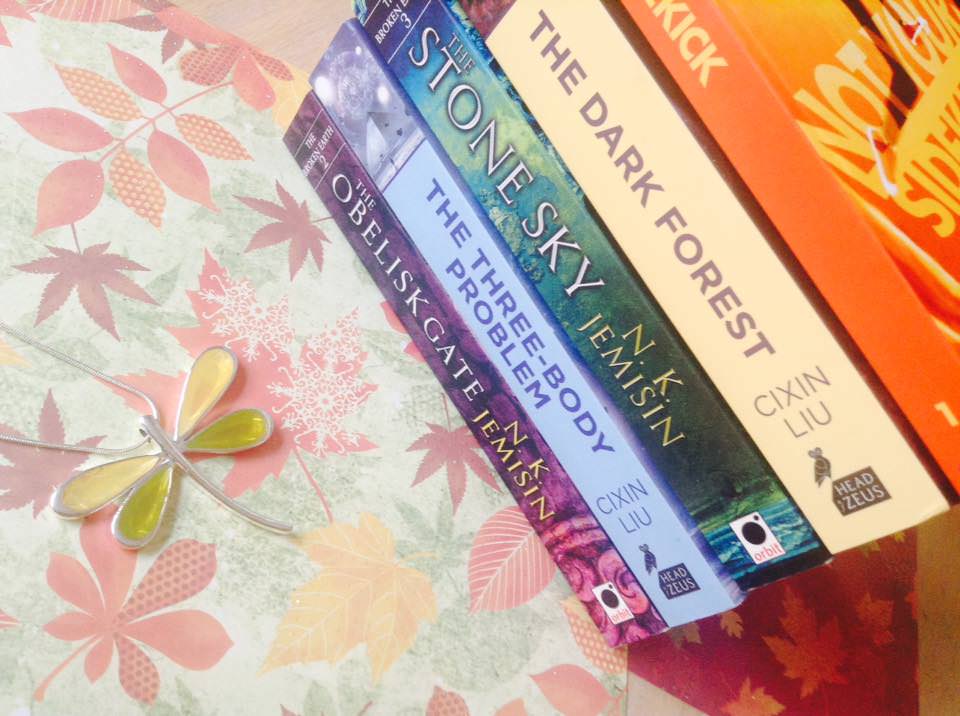 I mean both? One is fun and the other is handy so yeah, not choosing haha.

17 I’ve Got a Bad Feeling About This

Pitch Dark by Courtney Alameda. The cover alone creates all kinds of bad feelings haha. Let alone the weird creatures on the ship and the backstabbing.

So hard but Iko from The Lunar Chronicles and Essun from The Broken Earth.

Most you torment me so? But I’m going with Albie Bright from The Many Worlds of Albie Bright, Danny from Timekeeper and Ashby from The Long Way to a Small, Angry Planet.

Oh this is difficult because there aren’t that many… Oh wait, Bells of course from Not Your Villain, the second Sidekick Squad book by C.B. Lee.

22 Thank Heavens, for That

Where the Stars Rise is such a fantastic anthology.

Well I could but I probably won’t…

I need Rackmore from Revenger to be my BAE. Seriously, the size of his library… 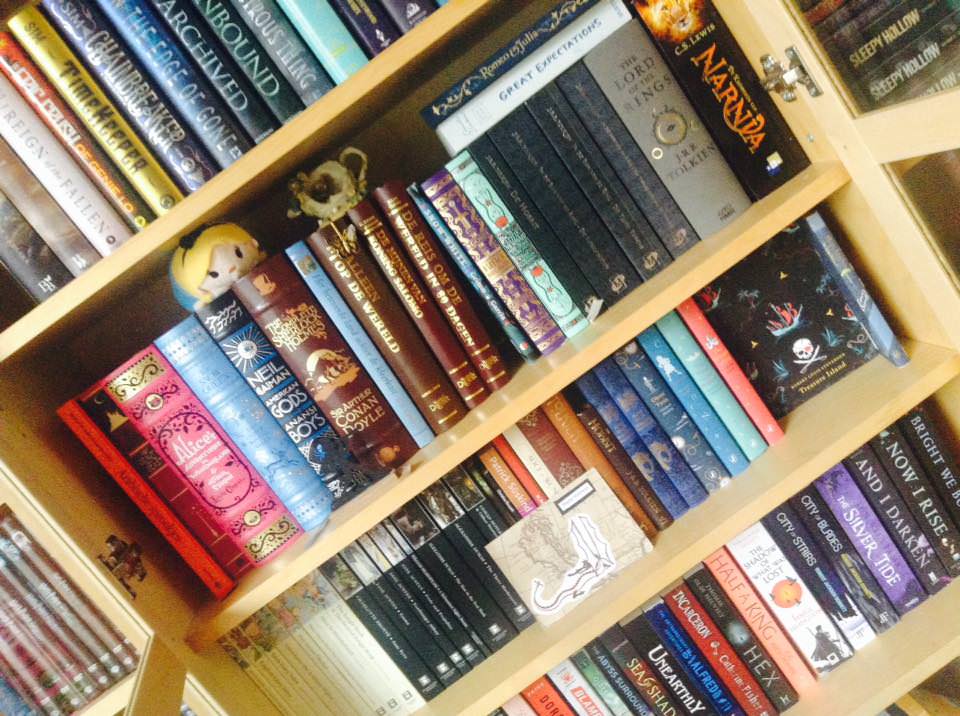 1967: Ye Wenjie witnesses Red Guards beat her father to death during China’s Cultural Revolution. This singular event will shape not only the rest of her life but also the future of mankind.

Four decades later, Beijing police ask nanotech engineer Wang Miao to infiltrate a secretive cabal of scientists after a spate of inexplicable suicides. Wang’s investigation will lead him to a mysterious online game and immerse him in a virtual world ruled by the intractable and unpredictable interaction of its three suns.

Sleeping Giants, Waking Gods
Defy the Worlds
(The) Timekeeper In Transit
(Through the) Pitch Dark
Rejoice, Revenger
(Because) Only You Can Save Mankind

28 In Pursuit of Knowledge

The Time Machine by H.G. Wells seems to fit that well

29 I Didn’t See That Coming

This is hard because I tend to see a lot coming. I guess that is the downfall of reading so much haha.

9 thoughts on “Photo Challenge? No, Let’s Go With a Book Tag – #rrscifimonth”