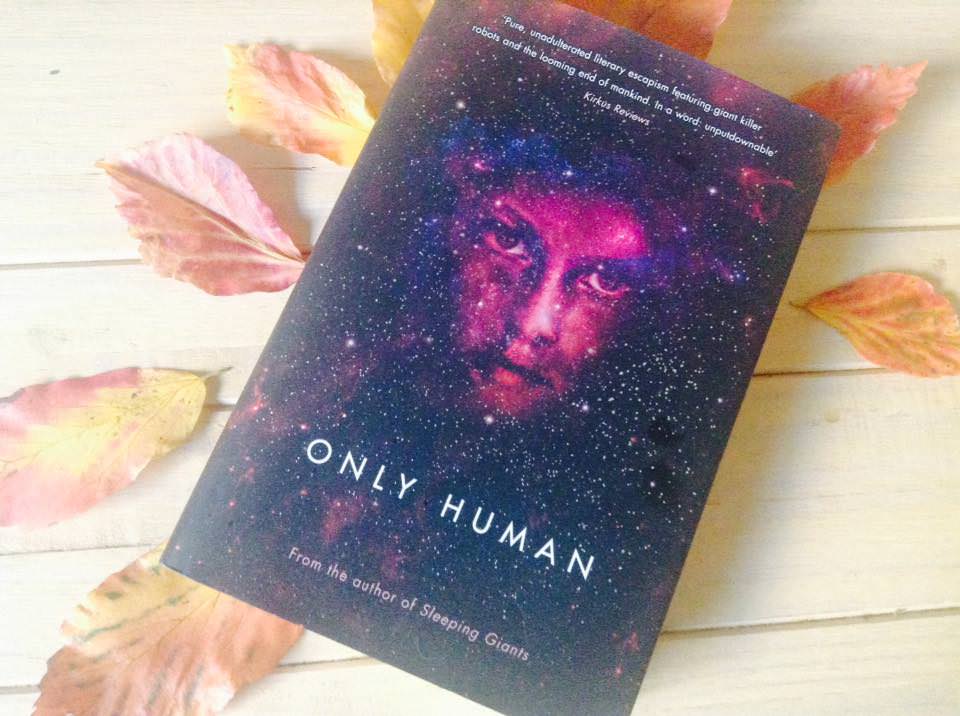 We always thought the biggest threat to humanity would come from the outside. We were wrong.
.
As the human race picks up the pieces of destruction left behind, a new world order emerges. New alliances are formed. Old divisions are strengthened. And, with a power struggle fuelled by the threat of mutually assured destruction, nothing is certain.
.
At a time when the world’s nations should have been coming together, they have never been more divided.
.
With the human race teetering on the brink of total war, Rose, Vincent and Eva must choose sides. But doing the right thing might mean making the ultimate sacrifice

Only Human is the conclusion to The Themis Files by Sylvain Neuvel. A series with an interesting approach to storytelling, through interviews and documents. I thoroughly enjoyed reading the first two, and while I also enjoyed this to a point, in the end it left me feeling a bit meh.

At the end of Waking Gods, Vincent, Rose, the General and Eva are transported to the aliens planet through Themis. At the start of this book they return to Earth after spending 9 years on the planet. I disliked this because I was hoping to catch a lot of the planet and the actual aliens. We did get this through reports and flashbacks in the documents but overall I just missed a lot of world building. I have very little idea of what the aliens look like or how their planet truly differs from ours in climate for instance. I did find the debate on their non-interfering policy interesting.

I also feel like I just missed a chunk with what happened on Earth. The explanations were just too scarce to be satisfactory. That along with some of the missing science regarding the other robot and how they figured things out (without it just being Mr Burns) just did not make the story of ourselves being the enemy that compelling.  I feel like some of the story telling used cheap ways like Mr Burns, resurrection and using the alien as the solution to our problems. I don’t feel anything was solved at the end and the prologue was equally as unsatisfactory because it showed so damn little of what the world was like at that moment and what they still needed to work on. It felt so shallow.

So I guess I am disappointed with this book. The characters couldn’t really make this book pick up. Rose got on my nerves a lot with her ‘curiousity’ about the aliens. Eva I could have understood but I think her characterization was too weak and she was plastered too much as a copy of her mom. I got Vincent. I got why he did what he did for his daughter but he should have realized that she was already 19 at this point. Their fighting throughout the book ended up becoming a bit boring to be honest.

I am rating this 3 stars pure for entertainment value. If you don’t look too much into the details it is a fun read but when you zoom in I don’t think it is a good conclusion to the overall trilogy.

10 thoughts on “Book Review – Only Human”