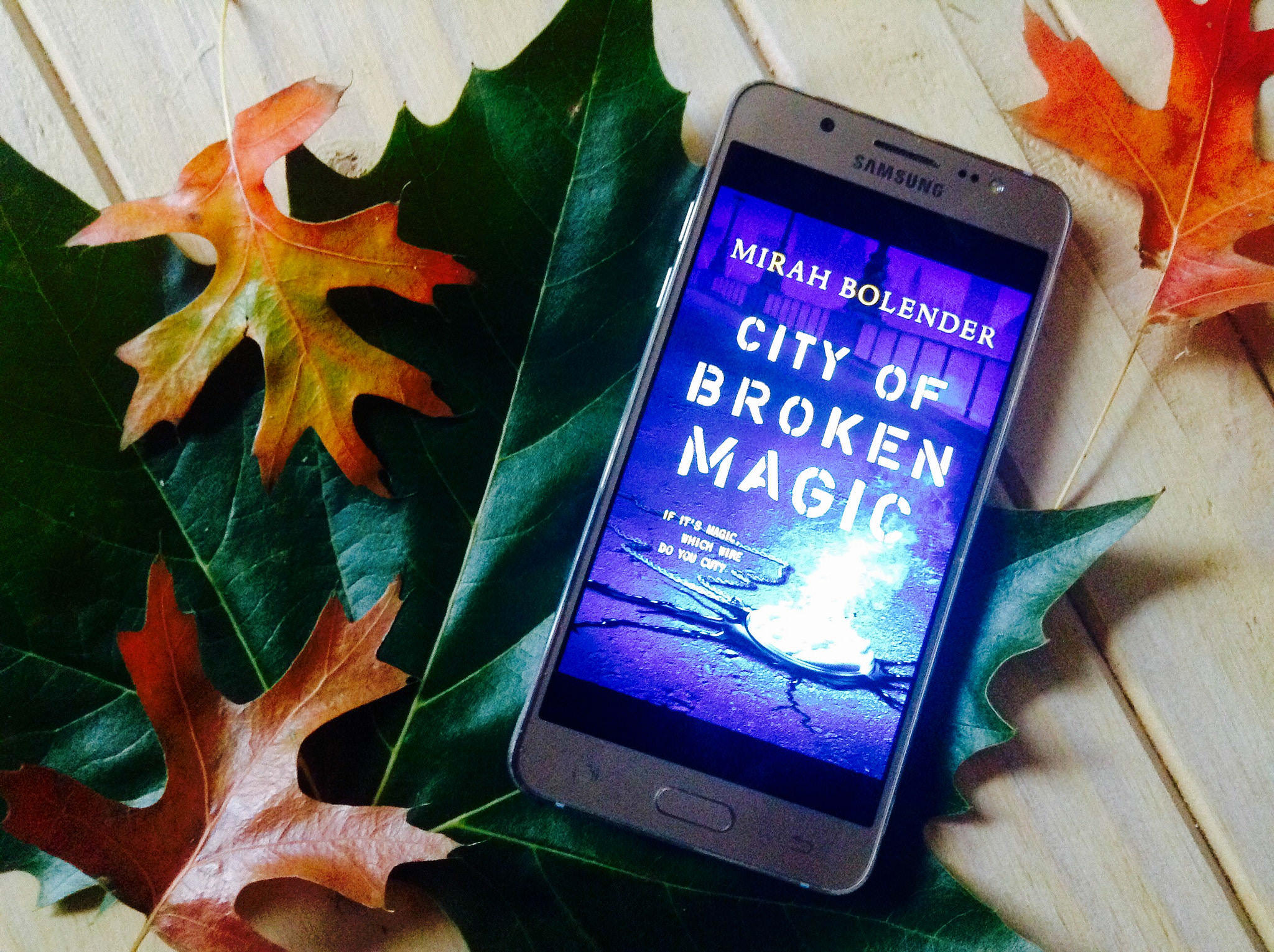 Thank you to netgalley and the publisher for the review copy in exchange for an honest review.

Five hundred years ago, magi created a weapon they couldn’t control. An infestation that ate magic—and anything else it came into contact with. Enemies and allies were equally filling.
.
Only an elite team of non-magical humans, known as sweepers, can defuse and dispose of infestations before they spread. Most die before they finish training.
.
Laura, a new team member, has stayed alive longer than most. Now, she’s the last—and only—sweeper standing between the city and a massive infestation.

I am going to start off with saying that the official synopsis is misleading. It talks about an elite team. It’s not. It says Laura is the last one standing, she’s not. It talks about sweepers being non-magic humans. They aren’t. I feel like the synopsis is trying to sell this book to be a lot more epic than it really is.  It’s not. Having said that, I don’t think this is a bad book either. It is just that I see so much wasted potential.

Laura is an apprentice to the head sweeper Clae. At the moment of starting this book they are the only sweepers of their city. As sweepers they have to diffuse amulets that have become infested. Their job is made harder by the fact that the council is selling to their people that they are safe between the walls of their city and that infestations rarely happen. It is why their team is so small and why training is mostly during actual situations. The increase of infestations is worrying. How are they going to be able to handle it with just the two of them?  And how can they make the city see that they aren’t safe at all?

The whole idea of having to diffuse amulets that have become infested is such an interesting and original idea. But it lacks a little in the world building. The problem I have is that the world building was very confusing. And for a good portion I was just kind of going with it. When they get the new apprentice we suddenly get a chapter full of info dump on things we hadn’t gotten. But that didn’t make it anymore clear and it was hard to grasp what kin was or how the pitts, where they put the diffused amulets, exactly did. I still can’t tell you. And I don’t have a good idea of all the rings of the city. 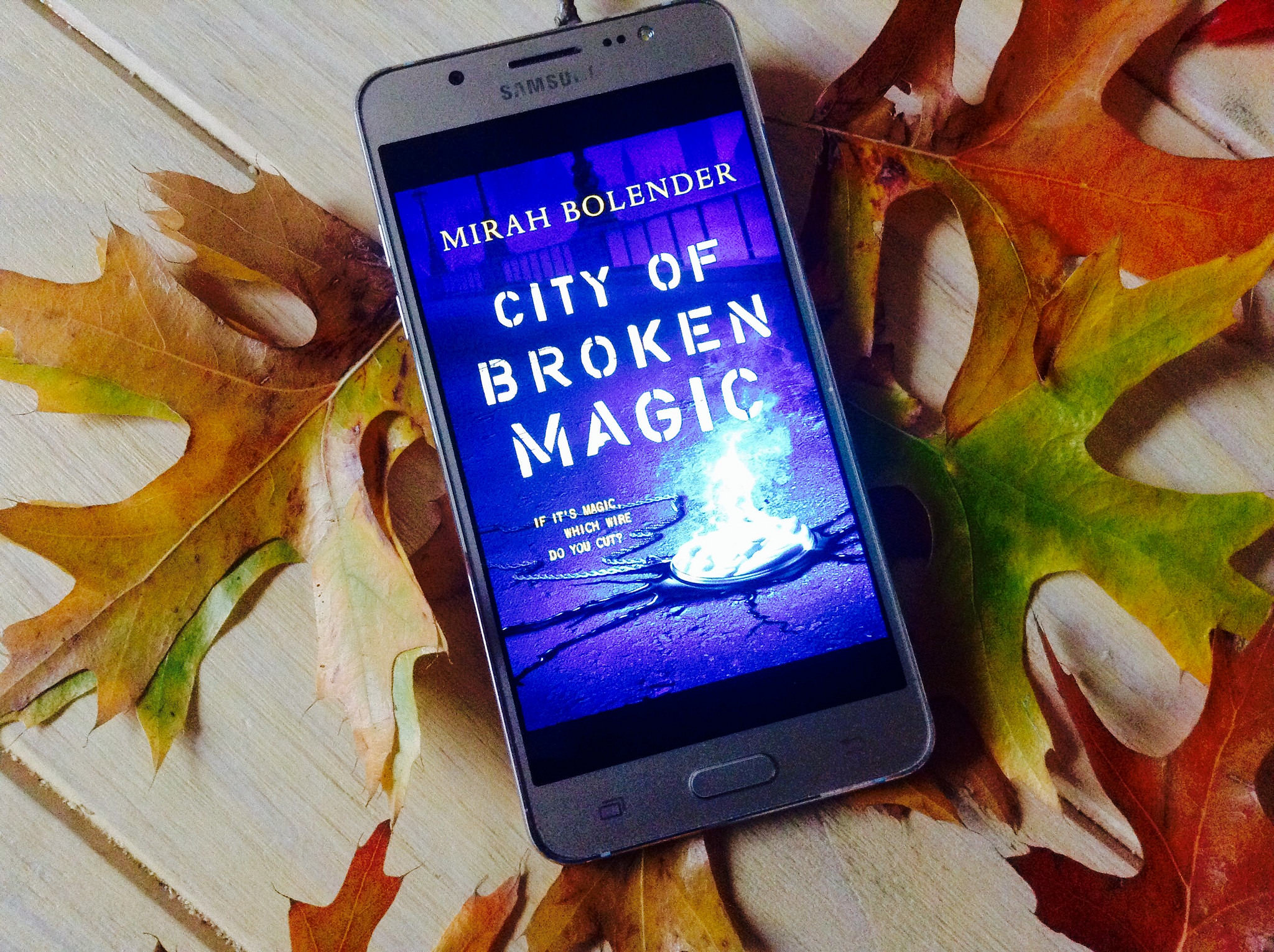 There are also bits that don’t make sense. How Clae never told Laura why the tree they visited was important. And I am still fuzzy on the whole of the city not knowing that they still have so many infestations in the city, ones that aren’t just placed by the mobs. It just doesn’t make sense for them to believe that when the city’s nearby still have to deal with it. Other cities make fun of them for it.

On the other hand I did enjoy the characters for the most part. Laura was great to follow. She is very determined to make it in the job as sweeper in a society that would still rather see woman married and taking care of kids or as a receptionist. The fact that she wears pants is scandalous of course. She doesn’t let herself get side tracked by romance (though there is some potential there). She just doesn’t want to get forced into a life that society expects her to have and be unhappy. She has seen how they have treated her aunt (who she lives with).

The one thing I didn’t like about her was how she got jealous of their new apprentice. Akane came to  them after a job they worked, where he was a slave. Slavery is not suppose to be a thing anymore but when you have money that apparently doesn’t matter. Akane is very different from Laura. He takes this chance at apprenticeship because it is what Clae offers and what else is he going to do? He doesn’t have anything. He is very fearful and clearly heavily impacted by his life as a slave. Finding his way in a job that offers so many new things, danger and with a boss that perhaps isn’t quite so empathic is so hard. I felt for him. I don’t think Clae did right by him.

Clae is the head sweeper. The prodigy if you will. Or so he is shown at the start. He is brass, rude and won’t negotiate. But as the story continues we discover things from his family and his past that clearly shaped him to be who he is.

Overall I still think this book is worth a read. The world building isn’t as strong as it should be with this setting. But the idea and characters are still great to read about. For now it seems to be a standalone but I am expecting there to be a sequel. While major things were wrapped up, there are still some things left that I think Laura and Akane will want to deal with.