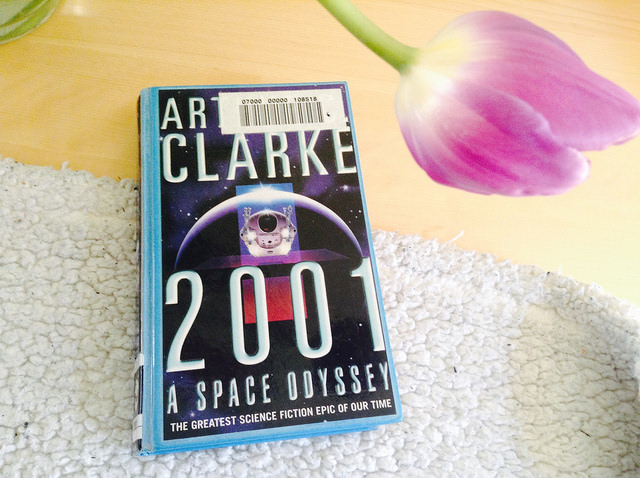 On the Moon, an enigma is uncovered.
So great are the implications of this discovery that for the first time men are sent out deep into our solar system.
But long before their destination is reached, things begin to go horribly, inexplicably wrong…
One of the greatest-selling science fiction novels of our time, this classic book will grip you to the very end.

Earlier this year I read 2001: A Space Odyssey and decided to keep my review for Sci-Fi Mont. This is one of those books where I am the odd one out because unlike many people I did not enjoy this book at all.

I can see why people are drawn to this book. The idea that began a good 50 years ago as a movie and then turned into a novelization is certainly a very interesting one. That we find something that could mean the existence of other living creatures, of aliens, is of course something that still draws our attention to this day. 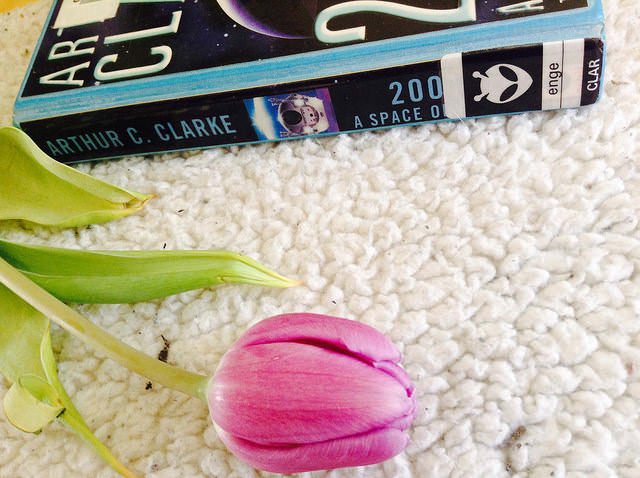 But for me the execution lacks. Because as interesting as the idea is, I was bored throughout reading it. The novel is divided into various parts. And we start off with cavemen. This was not entirely what I was expecting when I picked up the book, but fine. The next part moves onto the discovery on the moon. It takes forever to actually get to the part and when it does it is only a small portion. Then we finally hit the third part where astronauts are send into space. But this first part is so boring. The fourth and fifth part have some excitement but by then it couldn’t save the book for me beyond from a 1 star rating.

I think the biggest reason that I found this boring is that to me the characters are so flat. I think Hal, the artificial intelligence aboard the ship, had the most personality. Honestly, that is kind of sad. It also didn’t help that we met the ‘main character’ not until the third part. The writing was also too dry for me and most of it was just a big no from me.

Ideas can’t save a book.