Would you look at that. We are already at the conclusion of the trilogy (but not of this readalong). I hope for those that have read along that I have now sold you on how good this trilogy is and will share the Bartimaeus love from now on. 😉 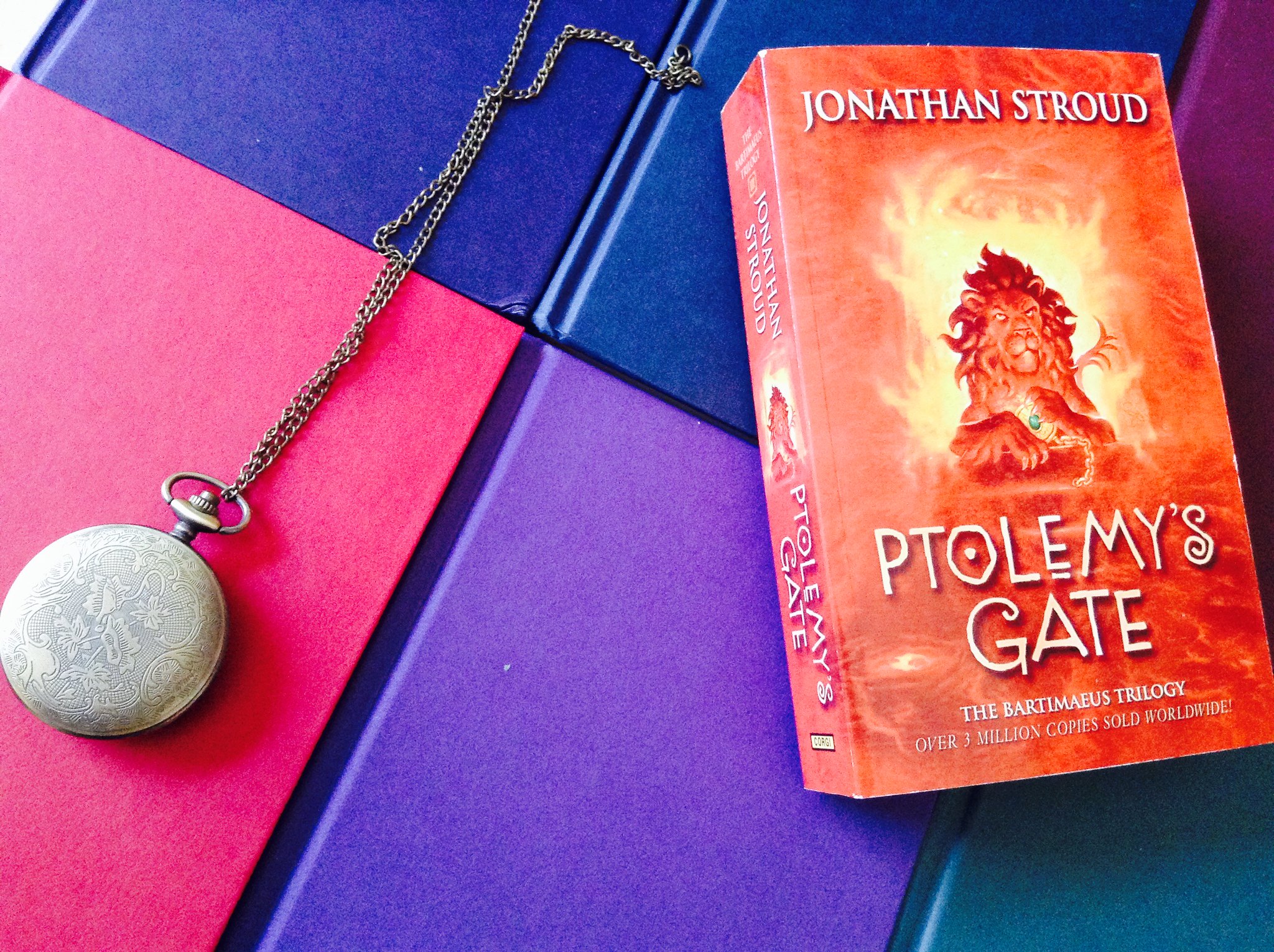 This is your last reminder that this discussion will have spoilers for the whole trilogy, questions included. Continue at your own risk!

Feel free to pick and choose what you want to respond to. If you have your own discussion question or topic that isn’t in any of these questions, please leave it below in seperate comment so we can all respond to it.

1 This is the conclusion to the trilogy. Were you expecting some of the previous characters (Nick, Sholto, ms. Lutyens) to return to play a (small) role?

2 Each part starts with a bit of Bartimaeus and Ptolemy. What did you think of their relationship? The book also seems to make a paralel between Ptolemy and Kitty. Do you see that?

3 At the start of the book Bartimaeus turns his gloomy thoughts on Nathaniel and how the magician has changed since he met him. Do you agree with his opinions?

4 Throughout the book Nathaniel goes through a change where he realizes he is selfish and not who he wants to be. What do you think made the biggest impact on his change?

6 Kitty learns how to summon at the start of the book. Was that something you saw coming? What of her plan? How did you feel about Bartimaeus feeling of betrayal towards her? Did you understand and/or agree with him?

7 Did you suspect Makepeace’s involvement after the second book?

8 How do you feel about the overal conclusion? Were your expectations met? Did something surprise you? Did it leave you feeling satisfied?

9 Do you think that it is possible for djinni and humans to work together some day like Ptolemy did? 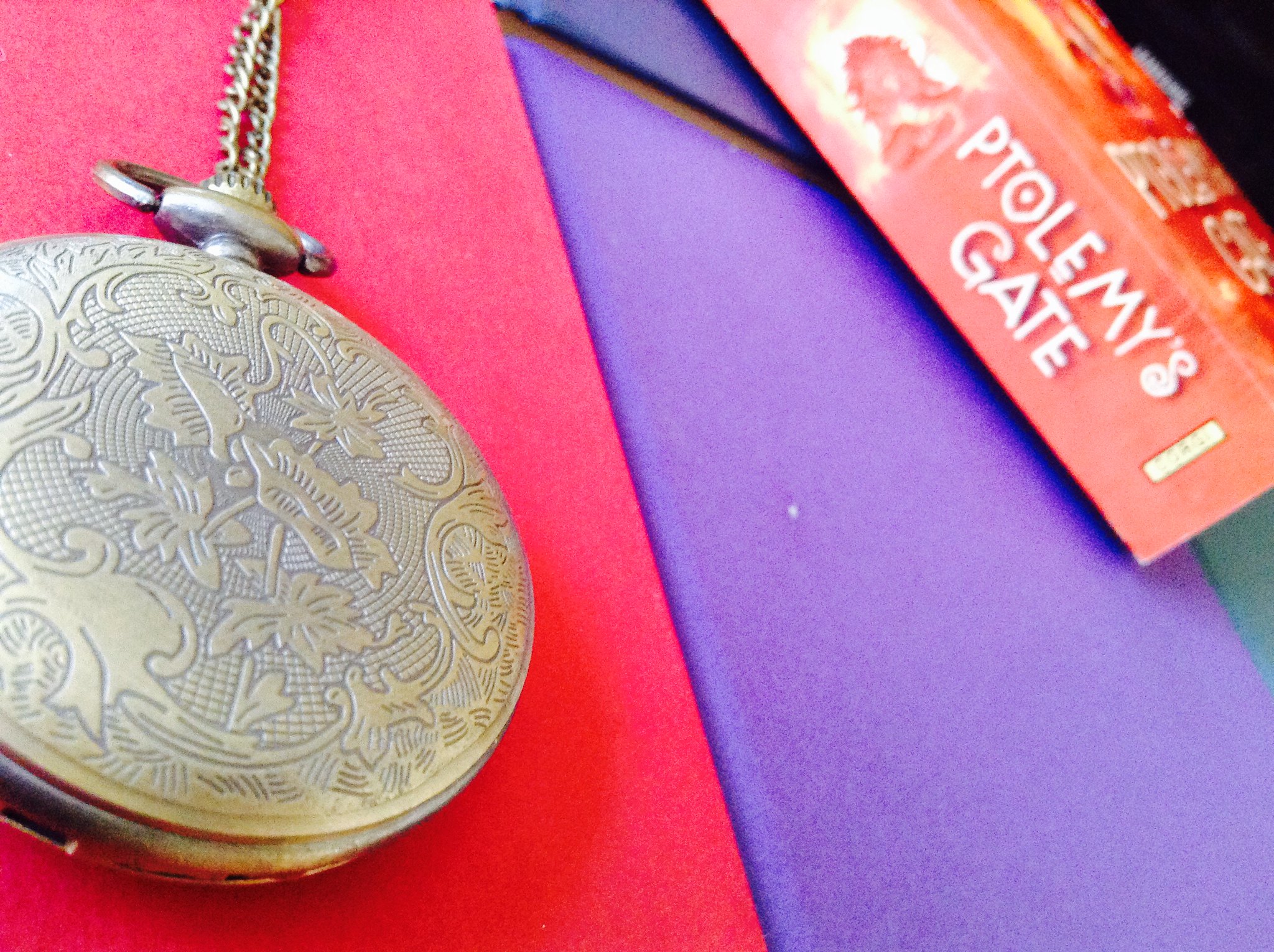 My Opinion on Ptolemy’s Gate

You know after having read the first two books I accidentally stumbled on a spoiler for this book, Nathaniel dying, and for that reason it took me a long time to actually read the conclusion. Once I did I knew I should have read it sooner. Because knowing it didn’t change how it kicked me in the feels. I feel for Kitty, Nathaniel, and Bartimaeus.

Heck, I even feel for Farquarl, because you know what, I understand where he is coming from. Being used and abused like that for so many years and years, it is hard to let that go. Maybe wanting revenge isn’t the good thing but it is certainly understandable.

This book is also about consequences and repurcussions to your actions, even when you mean well. Nathaniel’s decision to keep Bartimaeus for such a long time set of a lot of things, least of all the fading of Bartimaeus’ essence. Kitty going through Ptolemy’s Gate leaving her body weak, frail and old looking. Nathaniel getting the staff but getting hit with the pestilence. Makepeace being so self absorbed and arrogant that he destroyed his own mind and soul by inviting a djinni to his body.

There are a lot of things I could comment on, really. I laughed. I was exasperated. I almost cried.

Each part starts with a bit of Bartimaeus and Ptolemy. What did you think of their relationship? The book also seems to make a paralel between Ptolemy and Kitty. Do you see that?

I was very pleased to finally see more of Ptolemy and I would still wish to get more details and specifics about Ptolemy’s life and his relationship with the djinni. I liked seeing a less jaded version of Bartimaeus and how Ptolemy would just give him the freedom to roam for a whole week. There was some form of mutual respect there. I think Ptolemy was someone who always wanted to believe the goodness in someone and that included djinni. He showed that with the gate. But it also left him naive and he was too idealistic. It was what got him killed.

I can see the paralel between Ptolemy and Kitty when it comes to the djinni. Their experiences and personalities are very different, the time period not withstanding. But they both find doing the right thing important and like Ptolemy, Kitty opened herself up to seeing that the djinni aren’t all bad. And even seeing that all magicians aren’t all bad.

Throughout the book Nathaniel goes through a change where he realizes he is selfish and not who he wants to be. What do you think made the biggest impact on his change?

I know the book tries for that to be Kitty but I think that there are other things that triggered him more. I think things he doesn’t want to think too much about.

One would be that he dismissed Bartimaeus to save him when other magicians wanted him to extract the information even if that meant killing Bartimaeus. I think there he realized that despite not wanting to he did form a bond with the djinni and that killing someone, by your hand is something very different from djinni that get killed in battle where you aren’t standing right next to. He realized that he had a concious even if in the moment he didn’t want to admit that. He’s not as ruthless as he had been postering to be.

That and the interaction with Ms. Lutyens were big impacts on him. He searched her out after what had happened because he remembers her as one of two good things in his young life (the other being the woman who took care of him). He wanted her approval of who he had become. When he didn’t get that it hit him hard.

Kitty learns how to summon at the start of the book. Was that something you saw coming? What of her plan? How did you feel about Bartimaeus feeling of betrayal towards her? Did you understand and/or agree with him?

The first time reading Ptolemy’s Gate I did not expect her to learn how to summon. I felt for her when she offered her plan to Bartimaeus, already knowing he would swipe it of the table. It still shows her idealism than despite everything she has been through. Her need to fight.

I think Bartimaeus response was over the top but I do understand why he responded like that. His essence was thin, he had not yet recovered after the many years with Nathaniel, someone who he had higher regard and hopes of. He was incredibly jaded at this point. And then to see the young girl he had lied for, who despised magicians like he did (to a point) do the same thing as a magician. That was just too much. It was like a knife in the back.

Did you suspect Makepeace’s involvement after the second book?

I did. The way he buttered up to Nathaniel at the end of the book was just too much.

Next up is The Ring of Solomon, a prequel story. Did you catch the one mention of it in this trilogy (in Bartimaeus footnotes)?