This is a week late. Unfortunately my mental health hasn’t been that great which made it hard to read at some points and that showed in my reread of The Golem’s Eye. Luckily I still love it, haha. And this week my son started refusing his naps which left me with a LOT less time than I had before to tie things up (something you might see in the future of my week schedule if it keeps up). 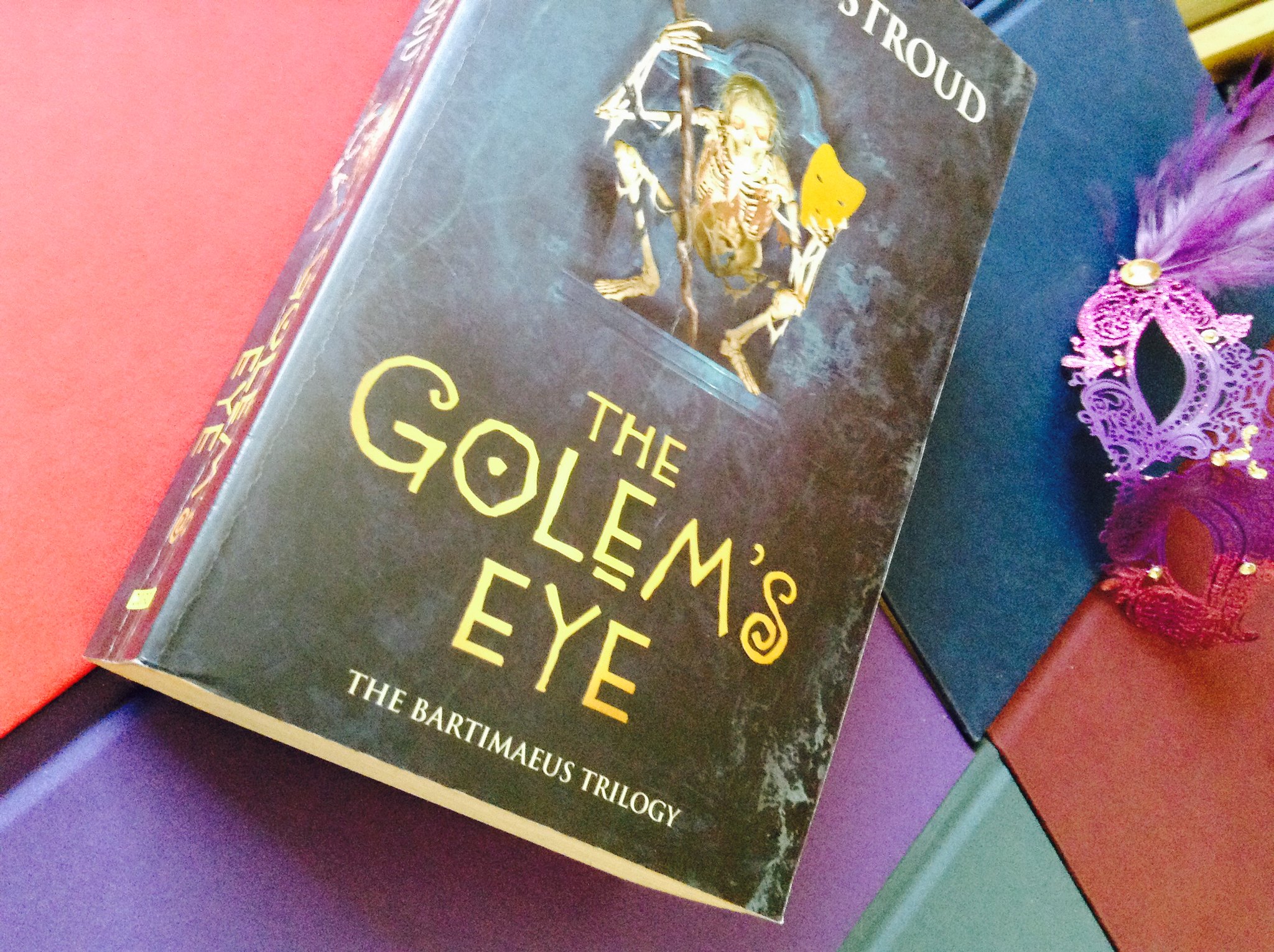 With the added stress I’ll be honest and say that I really struggled to think of any questions. So if there is something you think I forgot to touch upon within the questions that you think is important than please don’t hesitate to mention it in the comments so we can all respond to that still. 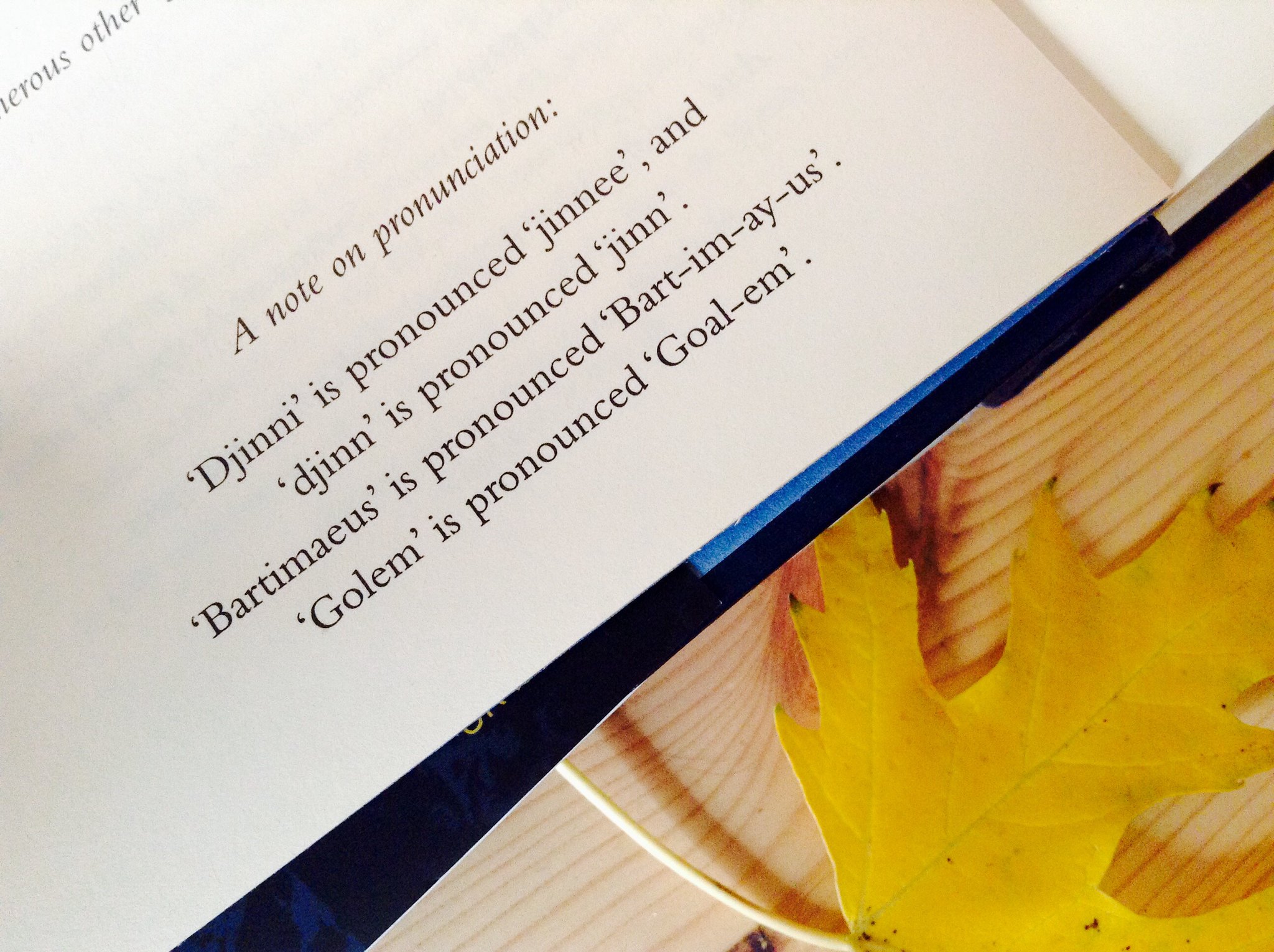 This is your last reminder that this discussion will have spoilers for The Amulet of Samarkand and The Golem’s Eye, questions included. Continue at your own risk! No spoilers for later books please!

Feel free to pick and choose what you want to respond to. If you have your own discussion question or topic that isn’t in any of these questions, please leave it below in seperate comment so we can all respond to it.

1 Before reading, where did you think Nathaniel would end up at after The Amulet of Samarkand? Is it similar to what happens in the book?

2 We get a new character we focus on in this book though we briefly met her in The Amulet of Samarkand. How did you feel about this addition? What do you think her background and point of view adds to the story?

4 We visit Prague. Do you feel we got to know more about its relationship with Britain?

5 Throughout the book Bartimaeus likes to poke at Nathaniel. Do you agree with him that Nathaniel has changed for the worst? What is the worst thing Nathaniel did in this book you think?

6 One of the discussion points in this book is whether or not what the resistance does is terrorism even if it is perhaps not quite called that. What is your view on that?

7 How do you feel about the addition of Honarius to the overal plot? In what way did you think he added something to the story?

8 Do you think Bartimaeus should have told Nathaniel what Kitty told him about the resistance and Hopkins? Why or why not?

9 Do you agree with Nathaniel that there is more to the story of Duvall coming for Gladstone’s staff? What do you expect to see in the next book regarding that?

11 Where some of your questions at the end of The Amulet of Samarkand answered? If yes, which ones? Do you still have any questions left or did you get new ones?

12 Throughout the first two books Bartimaeus mentions Ptolemy every now and then and he seems to mean something to him. With the next book being called Ptolemy’s Gate, what are you expectations regarding Ptolemy? 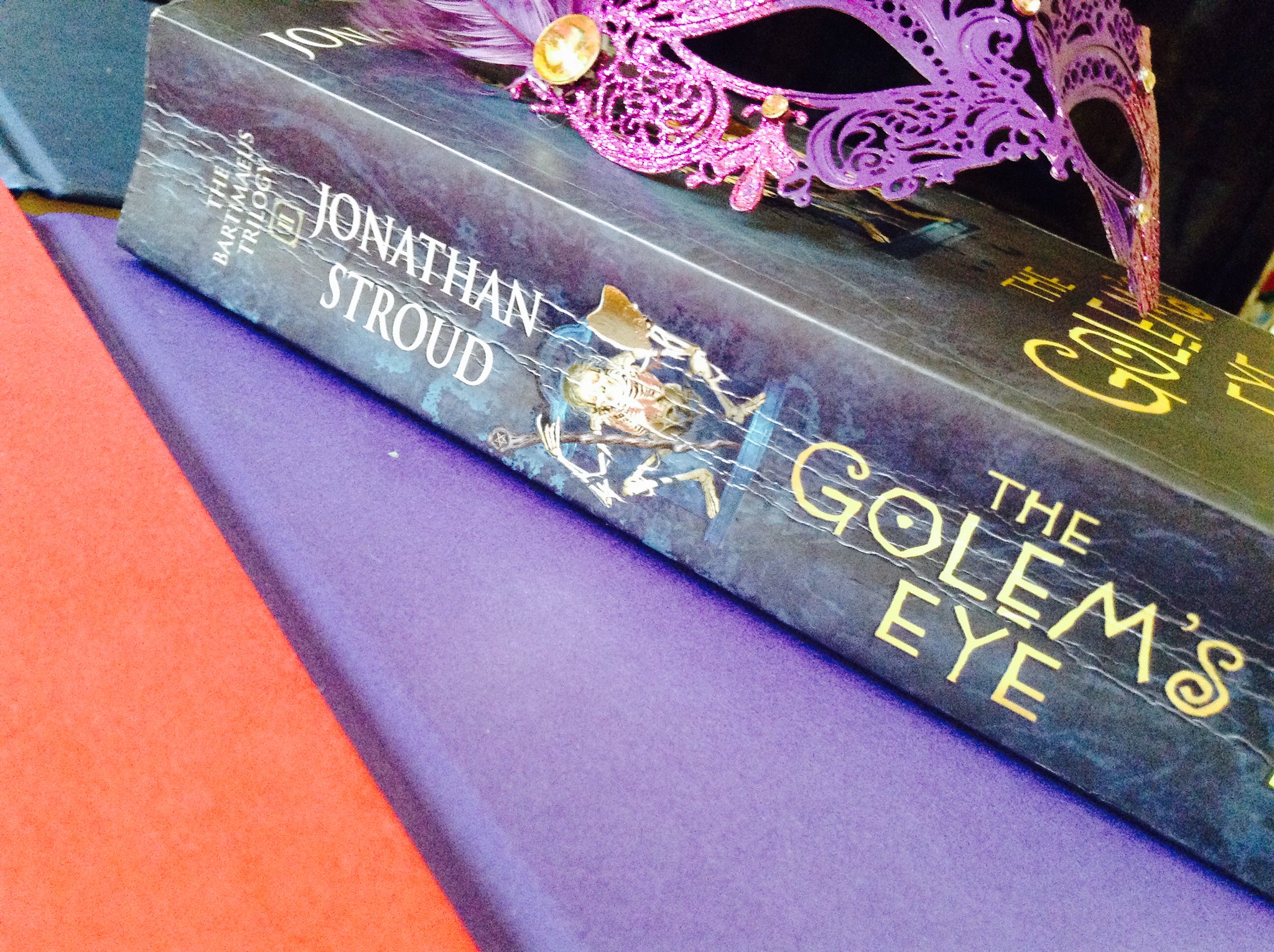 My Opinion on The Golem’s Eye

If you have followed me for a while you will know that this is one of my all time favorite books. I think it is the combination of Nathaniel growing up, Bartimaeus and Kitty interacting, Kitty’s point of view and Honarius that does it for me. I’m going to pick and choose of my own questions again.

We get a new character we focus on in this book though we briefly met her in The Amulet of Samarkand. How did you feel about this addition? What do you think her background and point of view adds to the story?

Did you know that the first time I met Kitty in the book I disliked her? Can you imagine that? My younger self was weird. Now I am in awe for what she does in this book and what she had to withstand. I think she is a great addition. She balances out the group and shows that there is more than just magicians and djinni to this world. She also adds a very differing view point on the world. Djinni hate magicians for their own reasons, being enslaved obviously. And magicians dislike demons because they have to use them to do things they can’t do and for the potential treachery. They are beneath them.

But the commoners. That is such a different group. They show us how priveledged magicians really are and in what way they manipulate the world and how it effects everyone else. Kitty’s reasons might have started selfish from the attack on out but her overal point that the magicians mistreat the commoners still stands. She could have pushed to go after that particular magician but she didn’t. She joined the resistance because she thought they could do something good in the world. Fight the magicians. Set them back. Show the other commoners that they aren’t untouchable. To stir a fight.

Despite having moved on and seemingly not giving much thought to his origin, Bartimaeus is his final link to the people that raised him. The itch he had to summon him comes from that. Bartimaeus is a tie to the young, snotty nosed but in a way innocent Nathaniel. He could have done something different when the time came. He could have made the decision to search out another Djinni. But he didn’t. In a way I think he also wanted to show of. Wanted Bartimaeus to be impressed with the magician he had become two years later. That is not in the nature of the djinni.

Throughout the book Bartimaeus likes to poke at Nathaniel. Do you agree with him that Nathaniel has changed for the worst? What is the worst thing Nathaniel did in this book you think?

I’m not sure what Bartimaeus thought was going to happen. Without a positive influence and someone that called out his BS there was no way that Nathaniel was going to come out differently than he did. He is what his environment raised him to be. Jessica only had to build on from there.

For me one of the worst things he did was use Jacob to get to Kitty. Not even withstanding the obvious kidnapping part but also to take someone out of their house who is afraid to go outside and then to diminish their feelings with a few words. Only because he wanted to be the best.

Did you enjoy The Golem’s Eye?