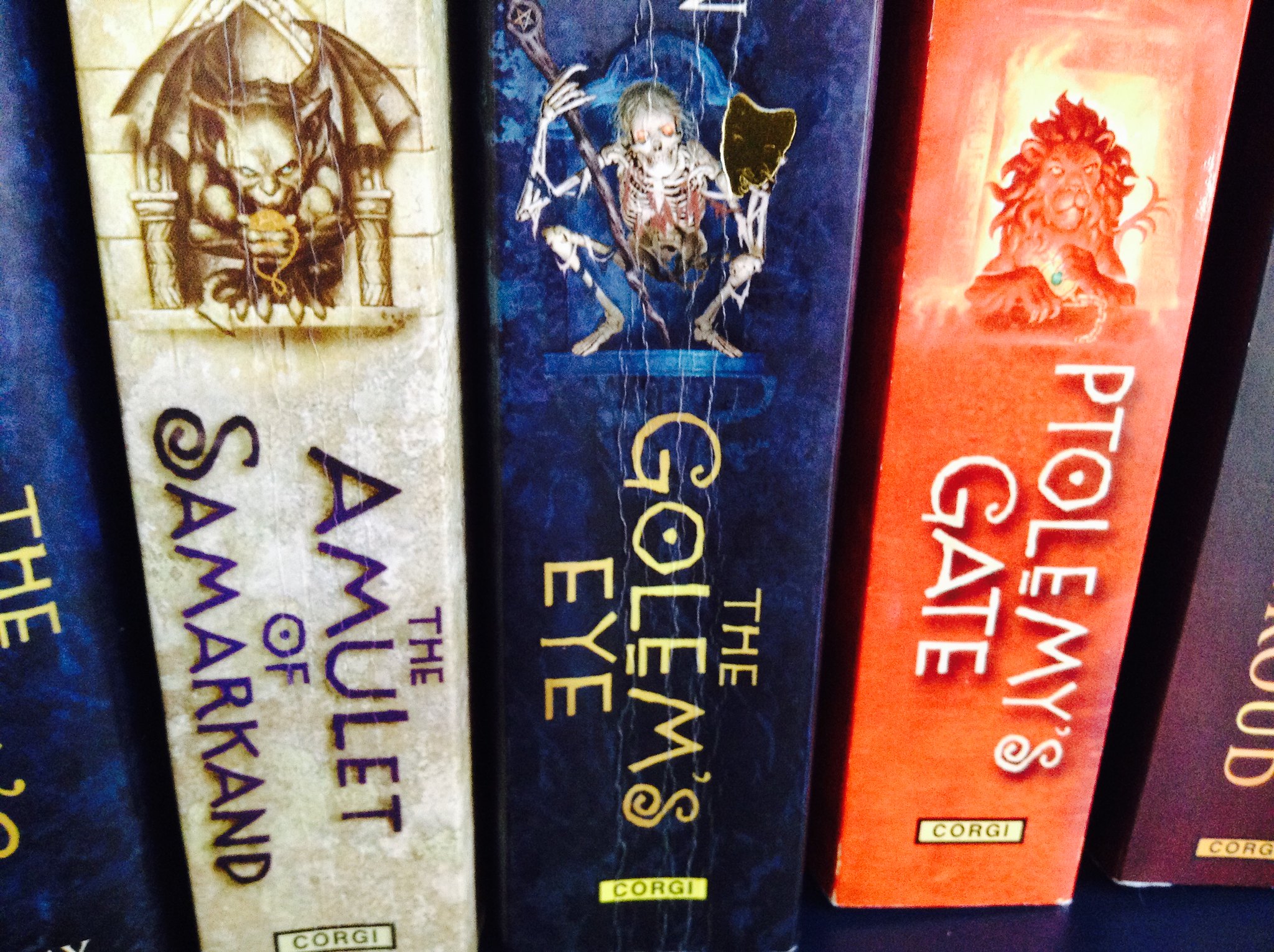 If you don’t know what this is about than you might have missed this announcement. This Fall I am hosting a readalong for the Bartimaeus books. Fifteen years ago The Amulet of Samarkand was first published in September. I thought it would be great to celebrate this with a readalong! You can find all the details in the above linked post. It is not too late to join in!

For this first day of our readalong I thought it would be a nice to just introduce ourselves a bit and talk about our expectations. You can do this below in the comments or you can create your own blog post in response. And hey, Bartimaeus would like to know who you are. 😉

What is The Amulet of Samarkand About Again?

Nathaniel is a boy magician-in-training, sold to the government by his birth parents at the age of five and sent to live as an apprentice to a master. Powerful magicians rule Britain, and its empire, and Nathaniel is told his is the “ultimate sacrifice” for a “noble destiny.”
.
If leaving his parents and erasing his past life isn’t tough enough, Nathaniel’s master, Arthur Underwood, is a cold, condescending, and cruel middle-ranking magician in the Ministry of Internal Affairs. The boy’s only saving grace is the master’s wife, Martha Underwood, who shows him genuine affection that he rewards with fierce devotion. Nathaniel gets along tolerably well over the years in the Underwood household until the summer before his eleventh birthday. Everything changes when he is publicly humiliated by the ruthless magician Simon Lovelace and betrayed by his cowardly master who does not defend him.
.
Nathaniel vows revenge. In a Faustian fever, he devours magical texts and hones his magic skills, all the while trying to appear subservient to his master. When he musters the strength to summon the 5,000-year-old djinni Bartimaeus to avenge Lovelace by stealing the powerful Amulet of Samarkand, the boy magician plunges into a situation more dangerous and deadly than anything he could ever imagine.

Introduce yourself! Who are you? What do you do in life? Tell us about yourself!

When did you first hear about the Bartimaes books by Jonathan Stroud?

Are you a first time reader or a rereader?

If you have read the series before, what is your favorite book?

Have you read other Jonathan Stroud books?

What are your expectations going into this readalong and these books?

My Introduction to You 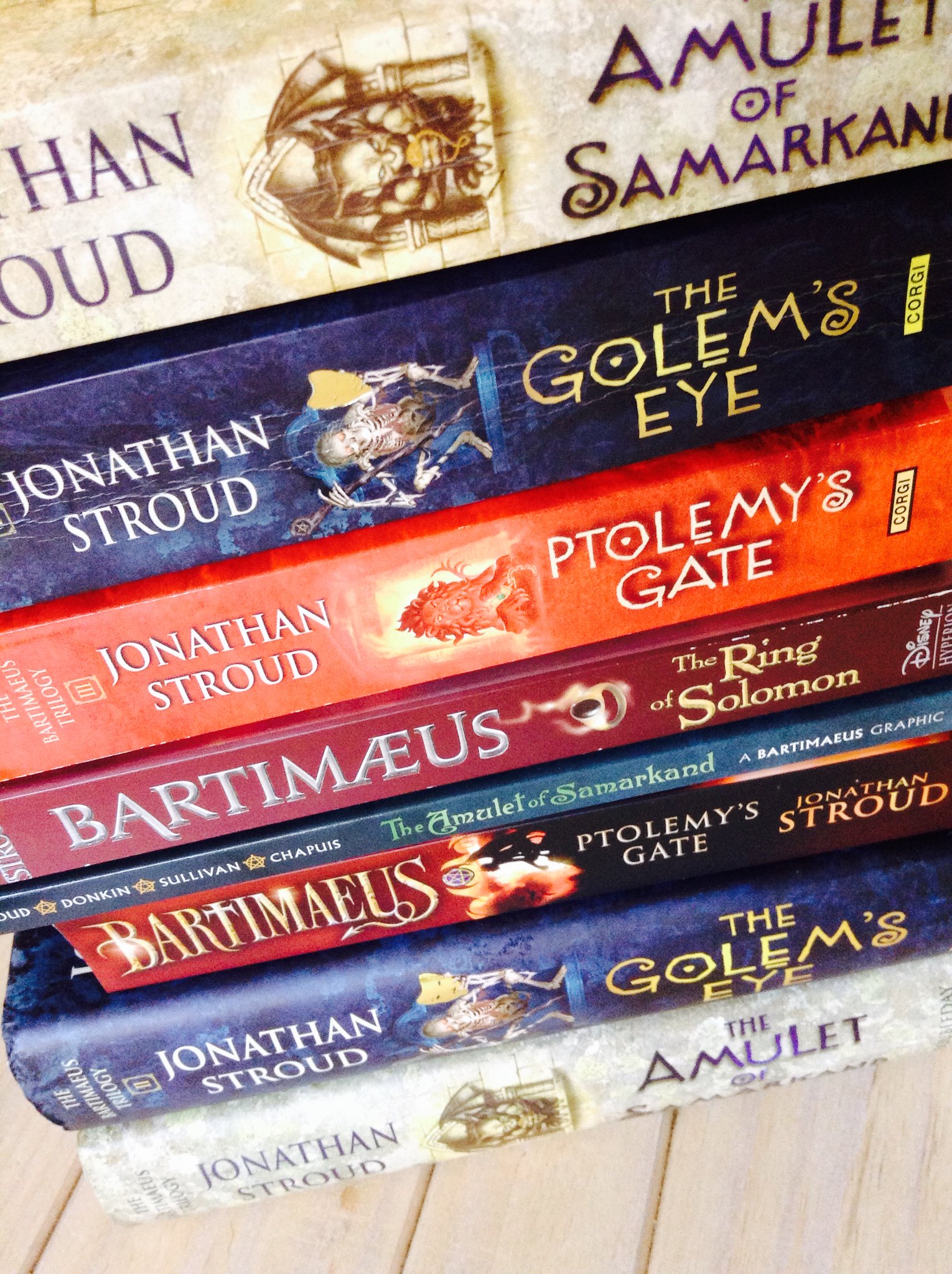 Hi guys, as you know I’m Annemieke, the blogger of A Dance with Books. I am a 30 year old stay at home mom to a two year old toddler Merijn.

I first found the Bartimaeus books back in 2008 when I was browsing a reader book store at the train station and found the paperback of The Golem’s Eye. At random I picked it up and read it without having read the first one. I know. I went back to order The Amulet of Samarkand. Years later I finally got Ptolemy’s Gate and The Ring of Solomon and finished the series. At this point I was a big fan.

I have since read The Golem’s Eye quite a few times. It is my personal favorite of the series and one of my all time favorite books. Lockwood & Co. is one Jonathan Stroud’s other series which is equally as good.  But I always will have a special place in my heart for that sassy demon Bartimaeus. I hope to go back and read some of Stroud’s standalones some day.

For me personally I just hope to enjoy the series again. Arguably I have always found The Amulet of Samarkand the weakest of the main three but it has been a while since I read that one. So I’ll be curious to see how I will feel about it now. I also just hope to spread some more Bartimaeus love and connect with old and new readers of the series.

You are free to use the graphic up there with the dates and/or this banner below.