A Friday evening. And we were blessed with a little baby boy.

Today, on a Sunday, that baby boy is already turning two! Two! Can you believe it?

As a celebration I decided that it was a good idea to share some of the books Merijn has really liked over the past year. I tried very hard to find the books on goodreads and to see if there are English versions but this is just not the case for all of them.

Dikkie Dik, also known as Tummy Tom in English, is created by Dutch author Jet Boeke. There are many different books and stories about this red haired cat. But this specific book is Merijn’s favorite. I can’t find this specific book, not even in Dutch on Goodreads. But the book is about Dikkie Dik going out with his first aid kit and putting a band-aid on his friends cuts and bruises. There is an actual band-aid attached to the book by a ribbon that he has to put in the right place on each page.

He loves it. Officially this book is for 3 and up. However I found it important to talk about band-aids as he hates them. And since I read them with him he doesn’t handle the book alone. He understand perfectly what is expected of him.

Or as known in French, Lou et Mouf. This series was created by Jeanne Ashbe who is a Belgian author. From what I gather she only writes in French as her whole goodreads page is done in French. Some of these were translated to Dutch. Merijn has two. One about tidying up his toys and the other one about going to sleep in the dark.

Both of these are just easily recognizable for him. The main character is similar to him. The language is easy and to the point and there are flaps in the book. Merijn loves flaps.

Monster Munch by Thomas Krejtschi is a library book we’ve taken with us a few times. It is about these shaped monsters that are always hungry. The things they like to eat fit with the shape they are in.  While Merijn obviously can’t pinpoint the shapes yet, he finds the monsters entertaining and I think it is a good introduction to the shapes for him. 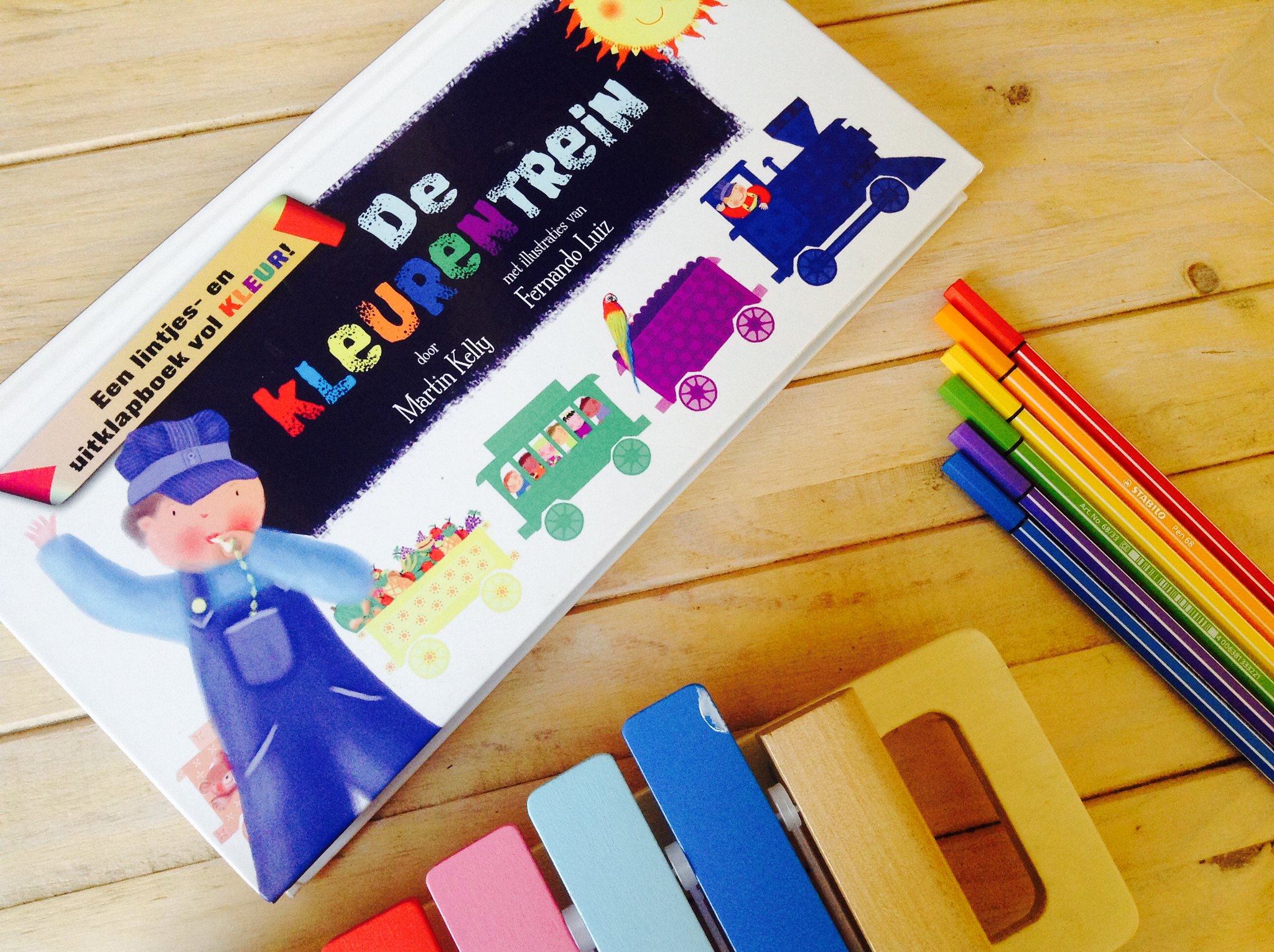 This lovely pop up book called Color Train, Color Train is by Martin Kelly and illustrated by Fernando Luiz. it is just incredibly cute. We follow this little train whose carts each have different colors. There are color ribbons that correspond with that and at the end there is this lovely pop up of the train. It is a little hard for Merijn to turn himself but we use this as one of his bed time books. It just fits very well with his dady loving model trains and already having such a nice focus on colors.

Again this is officialy targetted at 2 to 4 years of age but we’ve been reading it to him since he was a little over 1. The pop up elements and the ribbons are things that drew him in from the start.

Tickle My Ears and Bath Time for Little Rabbit 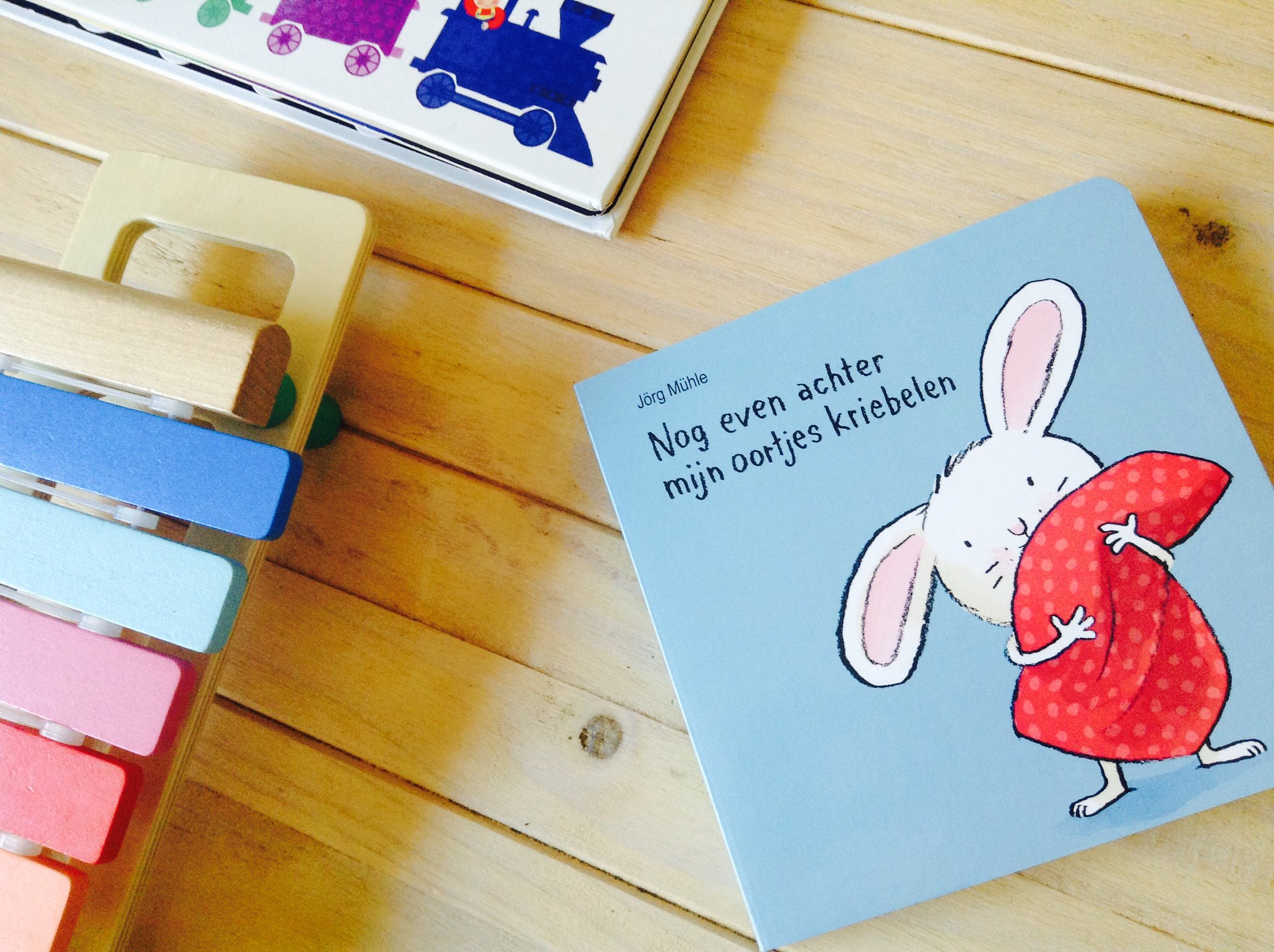 These cute little books about little rabbit by Jorg Muhle focus on daily things like going to bed (Tickle My Ears) or bath time (Bath Time for Little Rabbit). We have the two mentioned but there is at least one more. The art style is just so stinking cute, the story is straight foward and there is an interactive element.

Granted this interactive element is a bit more for the older toddlers but something you can build up with them. It asks to tickle little rabbit’s back for instance or to blow hard when little rabbit is going to use the blowdryer to get dry. There is something on every page. We mainly read Tickle My Ears to him before bed time and he has started rubbing little rabbits back or giving him a kiss goodnight. 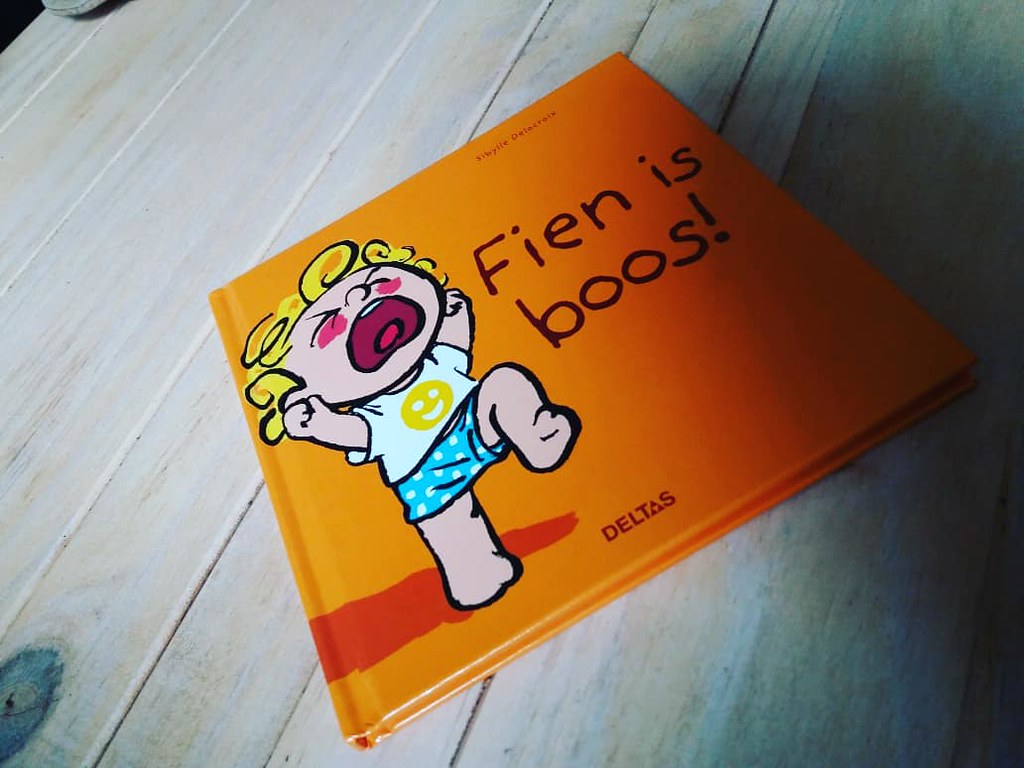 Fien is Angry or, as known in the original version of French, Cleo en colere by Sibylle Delacroix is one that fits with Merijn a lot right now. Since he hit 18 months he has had a bit more temper tantrums though not as bad yet as in this book. Before he had no interest in this book when I read it but since 20 months he seems to understand it and finds it very interesting when we get to the part where Fien gets angry. We also have the potty training edition and now that we have picked up potty training again since August 1st that is a book we read to him a lot.

Numbers in Nature and Other Counting Books 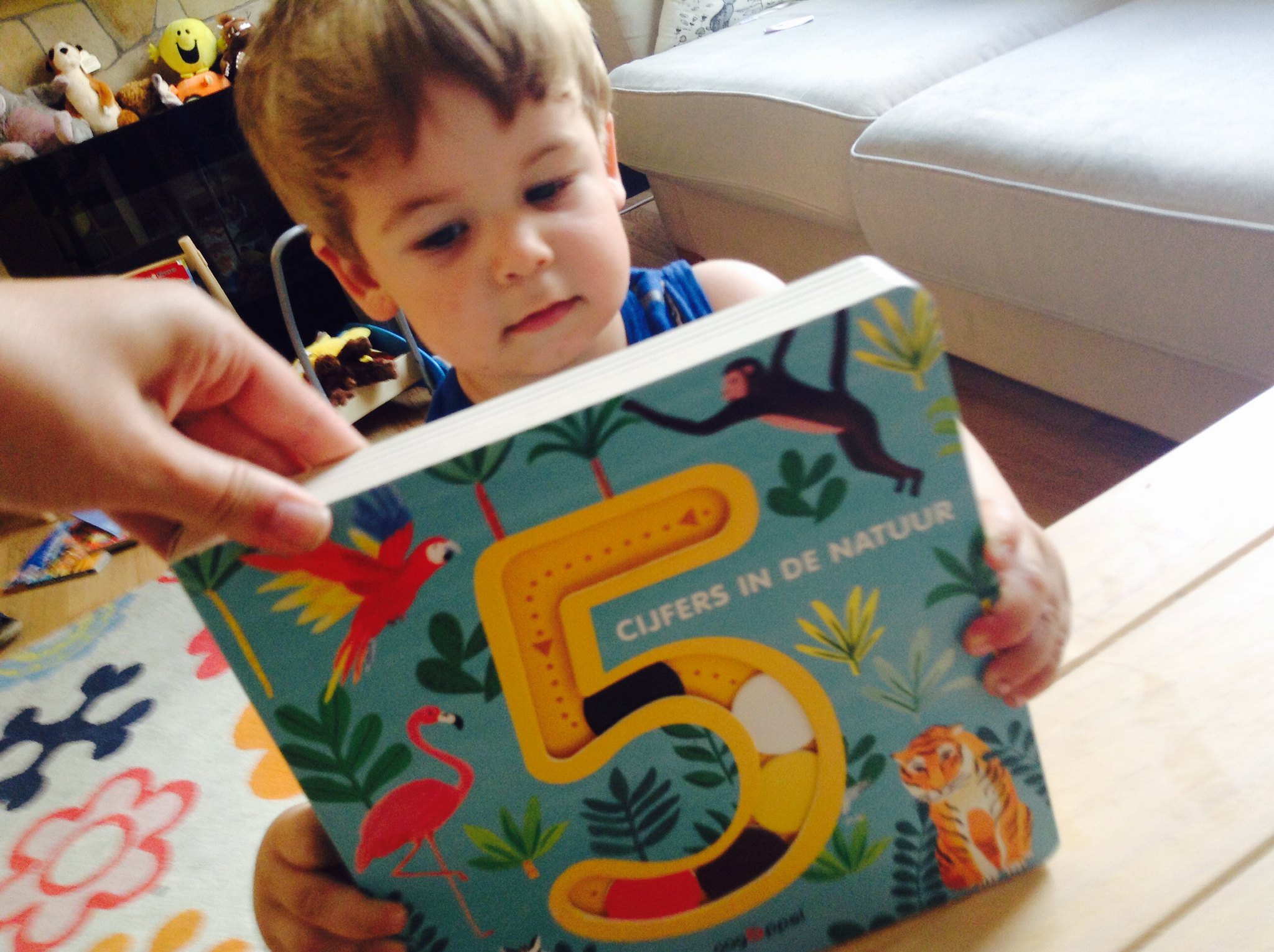 Something that has very recently drawn his attenion is numbers. He is very drawn to them. And likes to say random numbers like 1,2, 3, 7 and 8. So he enjoys a lot of counting books that we get from the library. We also got him his own at home. It is a huge carton book where you follow the lines of the humbers with a circle as well. It is very interactive and great for Merijn for that reason alone. 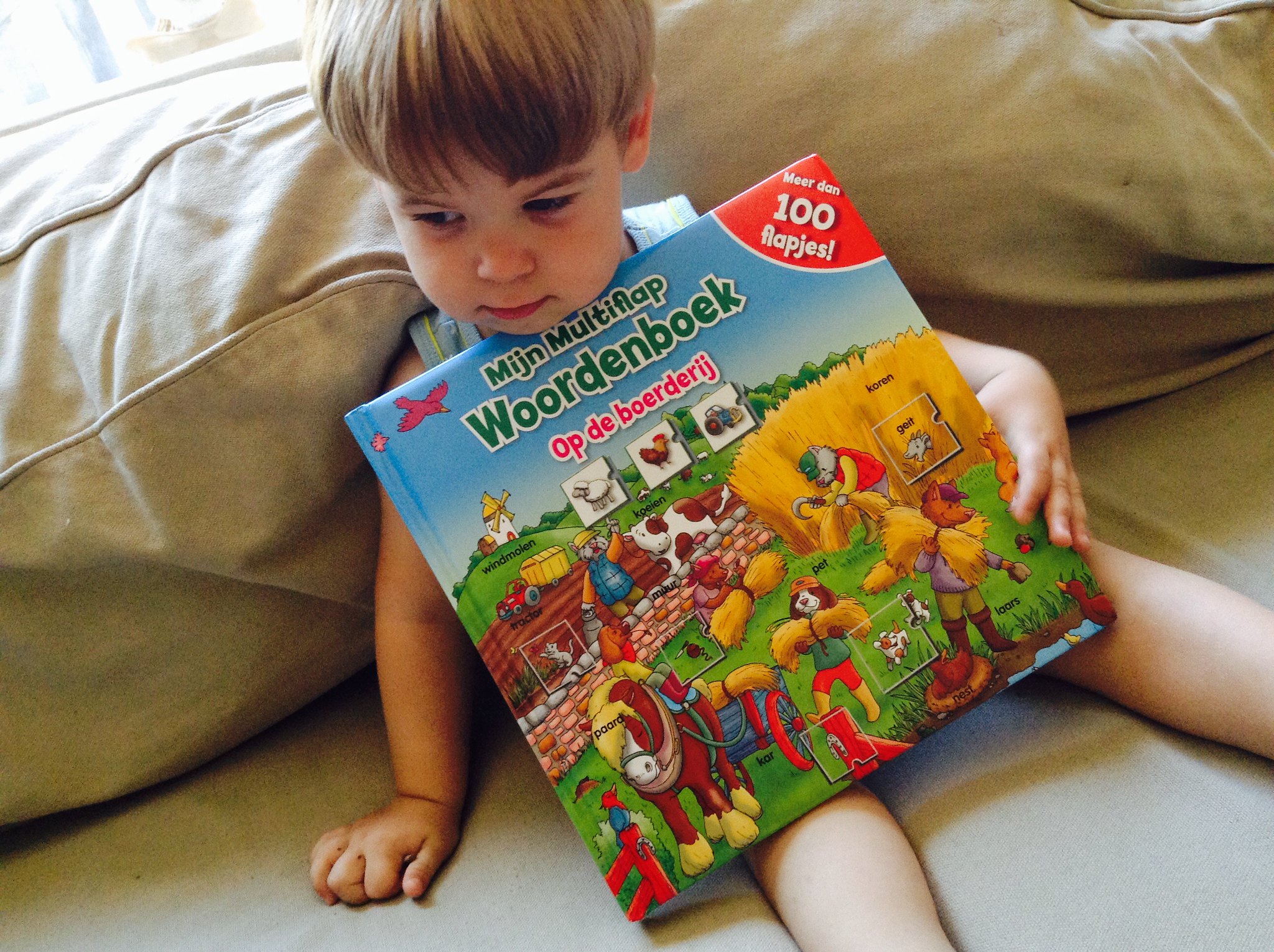 Another recent favorite is this large book with various large prints with farm animals we can talk about or he can point at. He loves to find what is behind the flaps. We can’t really use the questions that are listed yet, he’s just not that far yet, but we can do ‘can you find this animal’ and such. 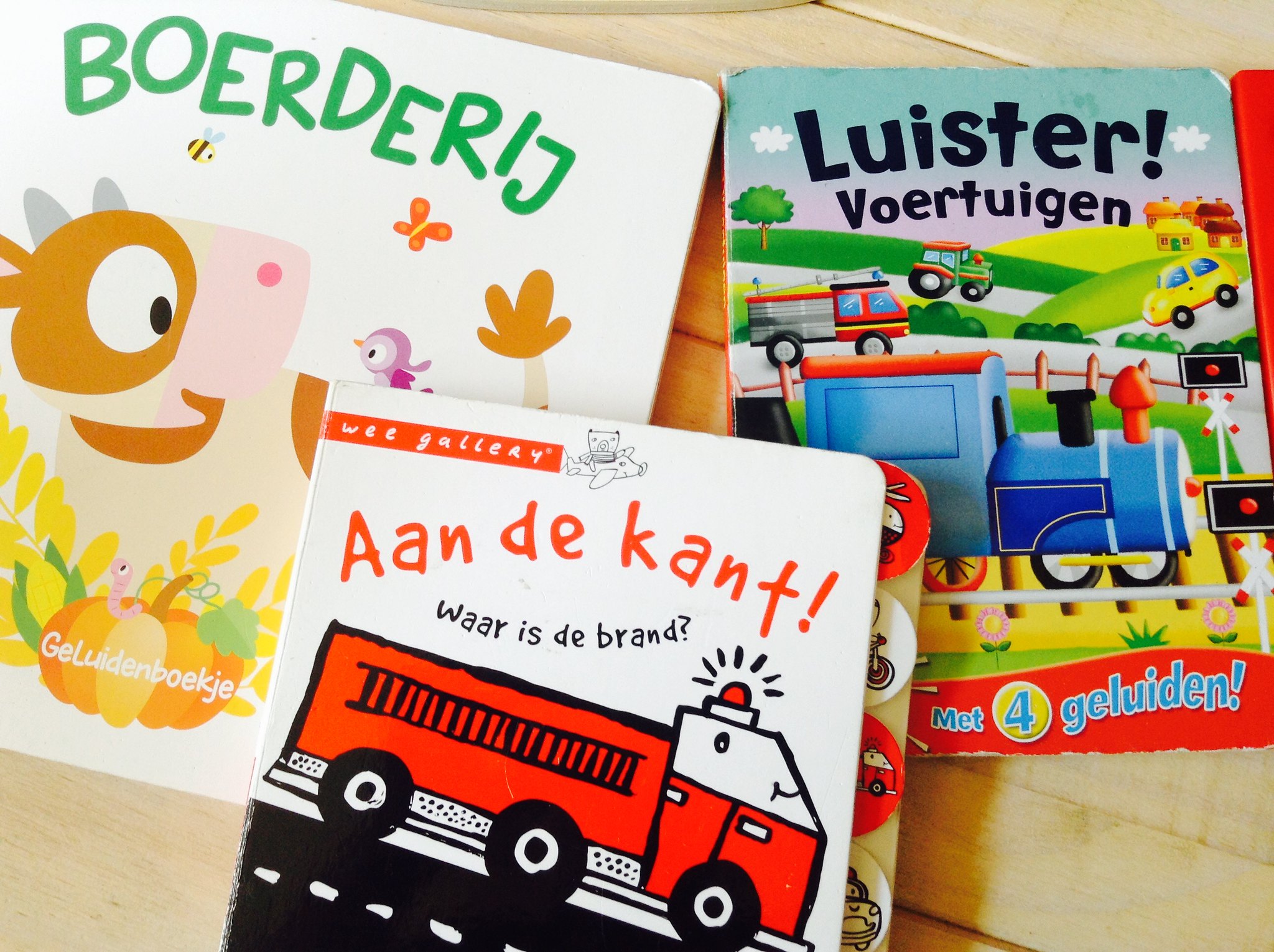 These are three that are as I mentioned more so done by the publishers themselves and do not have an author attached to them in the Dutch version. The forward one is Vroom, Zoom! Here Comes the Fire Engine. Merijn really loved this one for a while, trying to figure out how to press the buttons for the sounds.

The left one is a farm animal sound book that has a line with what is happening on the picture and a sound like bees, a tractor, cows. And the right one is Listen! Vehicles. It tells the story of the steam engine running out of steam and asking three other vehicles if they can help him so he can get to the little town.

16 thoughts on “Books Merijn Liked in the Past Year”