If you were around last year you will know that La La in the Library and Jolene from Jo’s Book Blog created Dog Days of Summer. A whole month of dog related things. While I don’t often read books by dogs or books that focus mostly on one animal (unless you count dragons) I am all aboard for filling in some book tags. I love that they create their own.

So for this year they created two tags, a fantasy and a sci-fi one. You can find both tags here. And you can find my answers to last year’s tag here.

I decided to go for the my magical mutt tag because that one just resonates with my inner fantasy lover.

1 Who is your favorite magical or Fantasy genre dog? It can be from a movie, television show, or book. Why?

Cerberus. I can’t actually think of a lot of fantasy dogs. Cerberus block them all I suppose. He is from Greek mythology and Hades’ hellhound. As such he comes forth in a lot of different kinds of media. Heroes of Olympus, Supernatural, the first Harry Potter movie. The idea of Cerberus is just what draws me to them. I mean, 3 heads and guarding the gates of the Underworld? Yup, interest triggered.

And also not a dog, but a wolf, but Nighteyes from The Farseers Trilogy. His relationship with Fitz is precious and honest.

2 Would you rather have a canine familiar, or be able to shape-shift into a dog? Why?

A familiar. I can bond with a familiar. Not with myself.

3. If you had a dog familiar, daemon, or were an animagus and changed into dog form, what combination of breeds would it be? It has to be a mix because the tag says magical mutt, ha ha! Why would you choose them?

Despite being tiny myself and always having been around tiny dogs I am absolutely drawn to the bigger species of dogs. So it would for sure have to be a mix between a Siberian husky, the Alaskan Malamute and Samojeed. Maybe a bit of Akita Inu added in… Preferably with 3 heads of course. They tend to have a good nature and do well around kids. I also just can pretend to hide my face in their fur, okay. It looks so soft.

4. What would your familiar’s, daemon’s, or your dog form’s name be?

That is difficult because naming an animal has to do with so many things, most of all the animal’s personality. But I like Cerberus, Shadow, Maddox, Midnight, Ambrose. 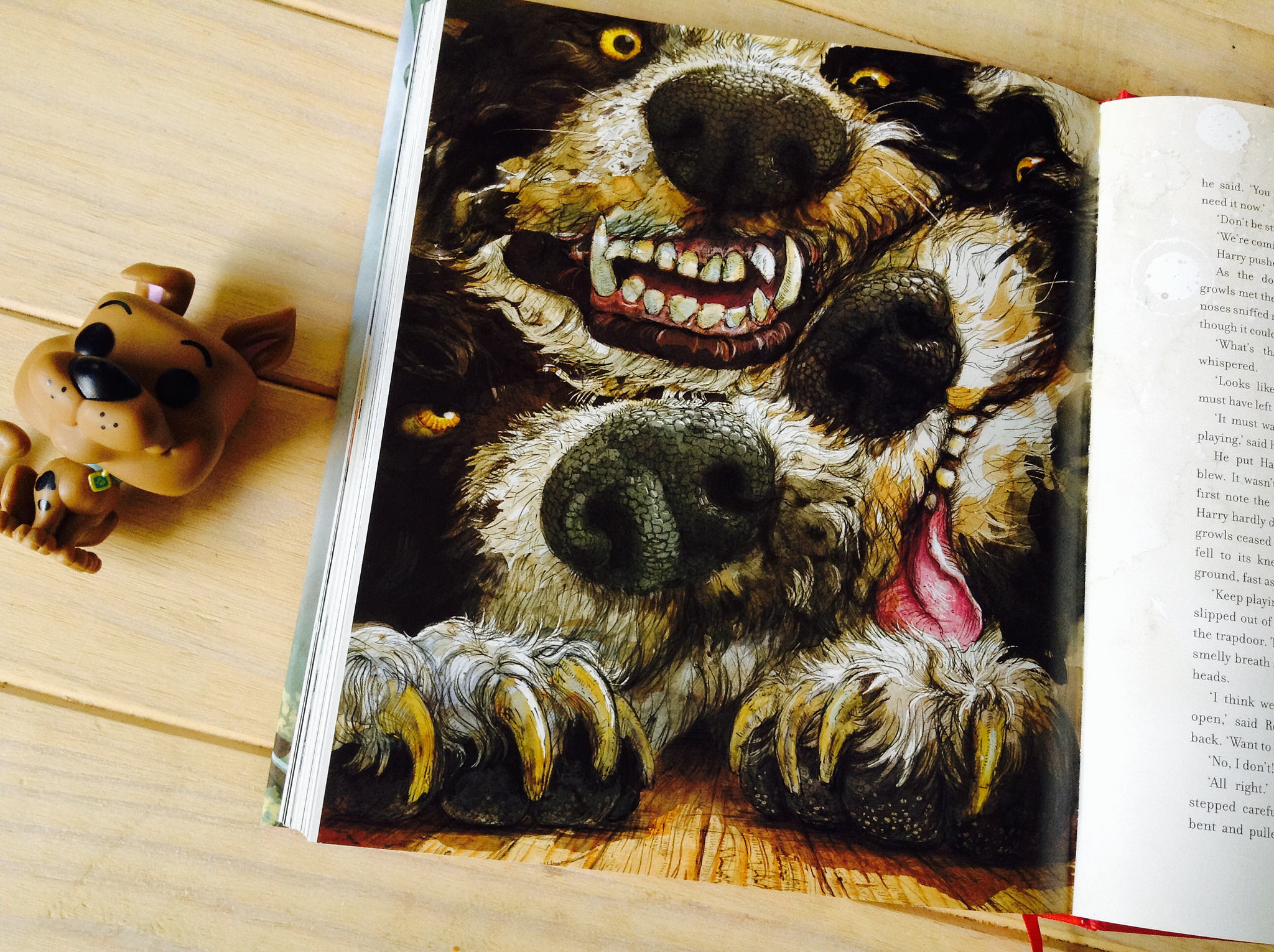 5. If you had a magical dog what three powers would be important for them to have? For example: speech, invisibility, finding lost objects, levitation, changing into another animal. Why?

Oh this is difficult. A form of telepathy would be a good one so we could talk. Immortality or at least live as long as me the owner would be nice, haha. Maybe turn into liquid so they could get anywhere and follow someone everywhere? Though I guess without invisibility that would beat the purpose. Hmmm. Difficult I say again. (I’m feeling like the sorting hat over here.) I think I might go with teleportation instead haha.

6. If your magical dog could talk what accent would it have, if any?

7. If your fantasy dog had one odd magical habit, or wore some strange talisman on its collar, what would it be?

Teleportation and telepathy would be heavily incorperated into everything they do. They would just easily butt into any conversation without thinking, even if the other doesn’t even know the dog can use telepathy. They would also love to play jokes and scare others by teleporting in and out.

8. If you were going to write a Fantasy story with a canine main character what would the premise be and what title would you have in mind?

The dog would for sure be the familiar to a human character. I don’t think I could write inside the mind of a dog very well haha. I think the dog would be discovered because it was careless and our world will think that they are one of a kind when in truth there have been various animals like them, just better hidden. Something along those lines. There is a reason I am not a writer haha. As for the title, My Talking and Teleporting Dog?

Obviously this needs a lot of work. haha.