Well here we are again. I was doing pretty well until the middle of May and then everything just kind of exploded. Boom. There was also a library sale at the end of the month and I couldn’t pass that up though I mostly got books for Merijn. I’ve included his little haul in this post for those that like to see.

Yes we got a lot of books this month… 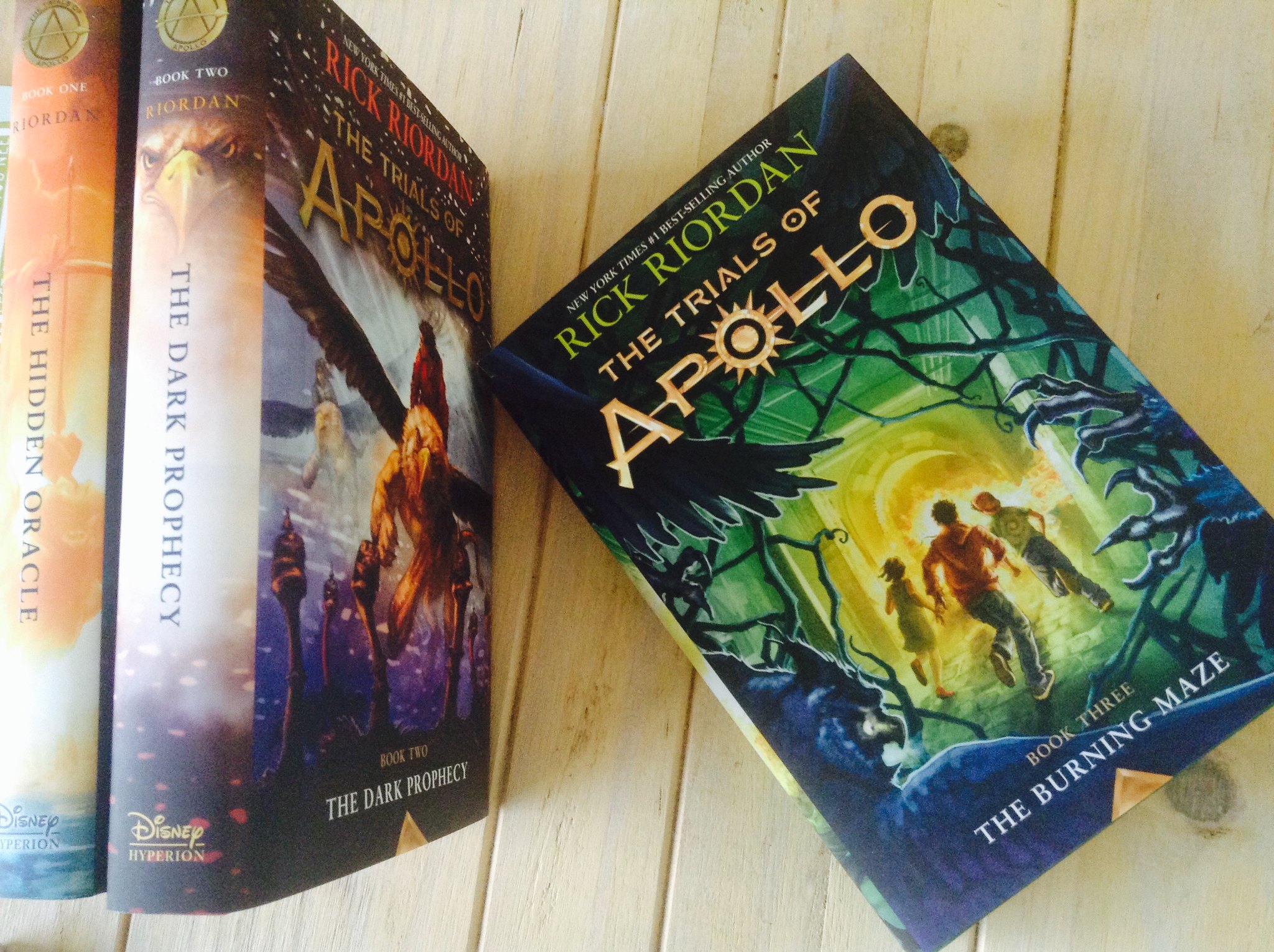 ★ The Burning Maze (The Trials of Apollo 3) by Rick Riordan +
It is here! And look at that cover. I like it so much better than the second book’s cover. 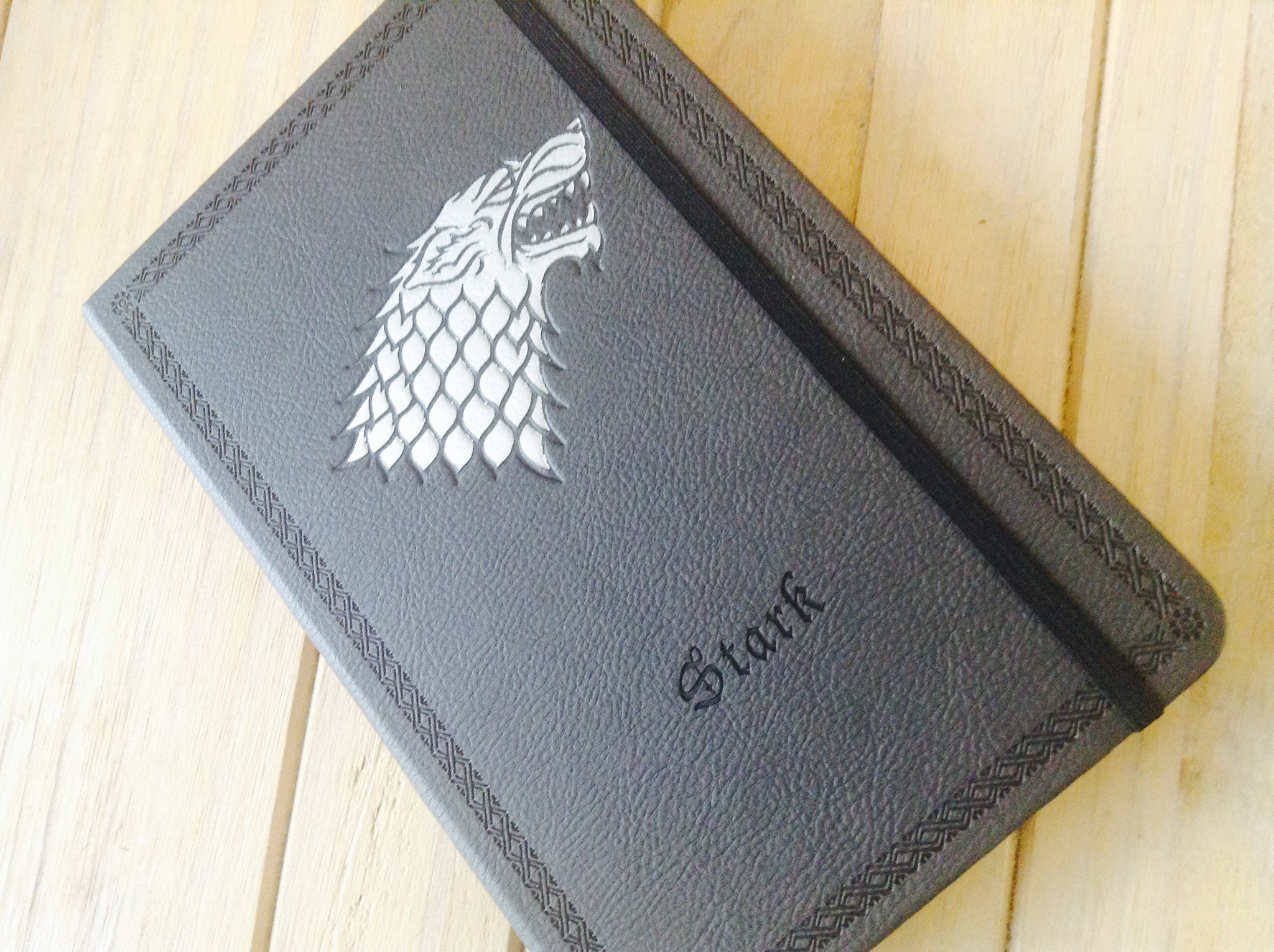 This is a game of thrones notebook my friend found in the sale and gave me. ❤ 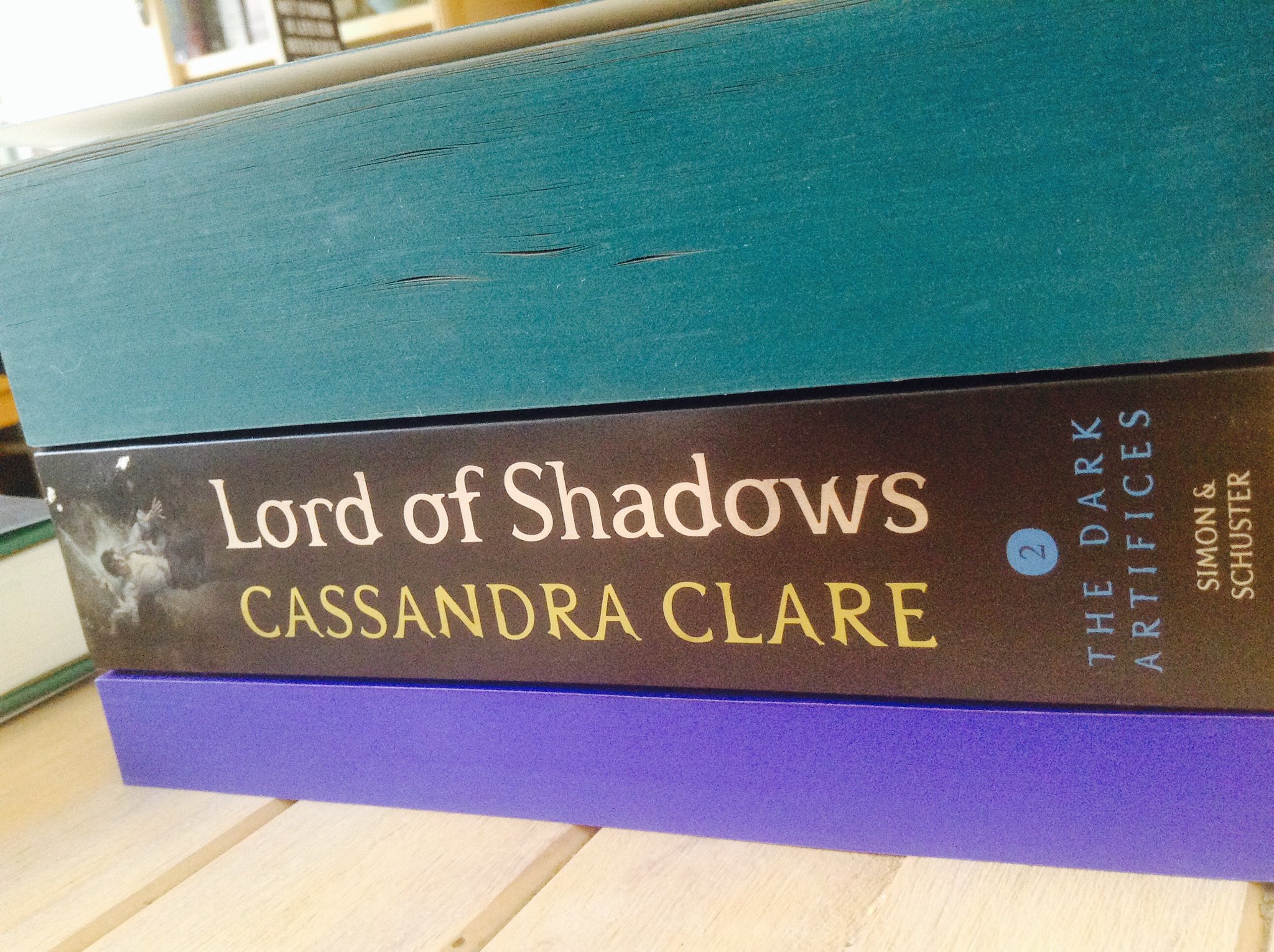 ★ Lord of Shadows (The Dark Artifices 2) by Cassandra Clare
I was not going to buy this book but then I saw a matching edition to the first book I have and here we are... 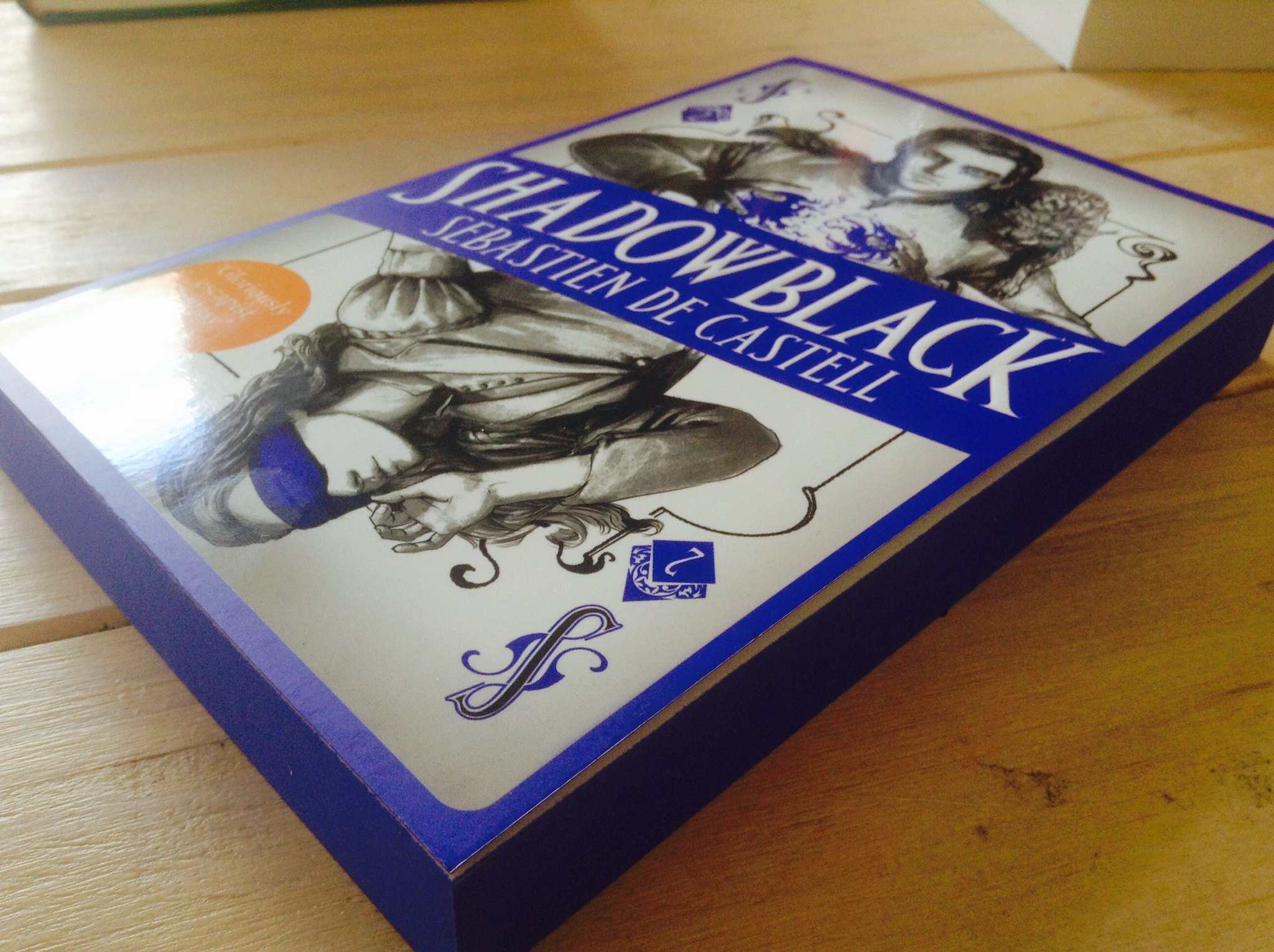 ★ Shadowblack (Spellslinger 2) by Sebastien de Castell
Okay so I got the first one in Dutch Hardcover but they are not releasing the second one in hardcover so I was a bit pissed. When I saw this pretty english paperback with blue sprayed edges I bought it instead #sorrynotsorry 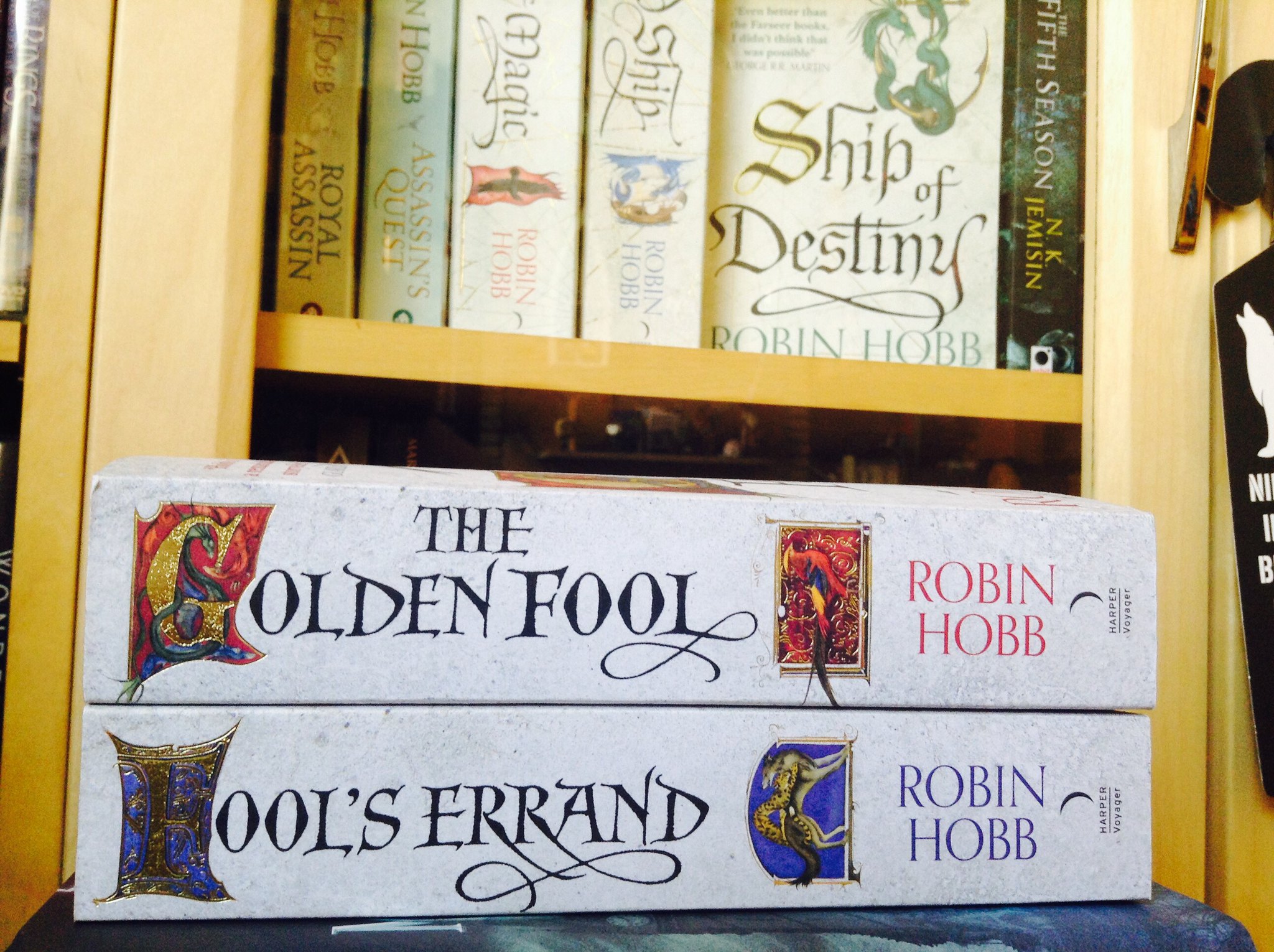 ★ Fool’s Errand (Tawny Man 1) by Robin Hobb
★ The Golden Fool (Tawny Man 2) by Robin Hobb
For Mother’s Day I asked these two from my husband so I could keep reading along with the hobbsquad. I already got the third one last year at a book market cheap. I actually expected them to be thicker, haha, after the Liveship Traders trilogy. I got them a week before mother’s day though.

★ Alice’s Adventures in Wonderland by Lewis Caroll
★ The Surface Breaks by Louise O’Neill
★  Waking Gods (Themis Files 2) by Sylvain Neuvel +
So on Mother’s Day we went to a nearby city (Almere) and obviously hit a bookstore while there. Sometimes I can find nothing in that one and other times I see all the books. This was one of those days that I saw ALL the books. So I was allowed to pick a book and I couldn’t choose. I showed hubby what I couldn’t choose from and he ended up choosing these for me. ❤

★ A Crown for Cold Silver (The Crimson Empire 1) by Alex Marshall
Ever since I first saw this at Zwartraafje’s blog I have been curious about it. But the Dutch hardcovers are ridiculously expensive. When I found this in the thrift shop for 5 Euro’s I grabbed it. 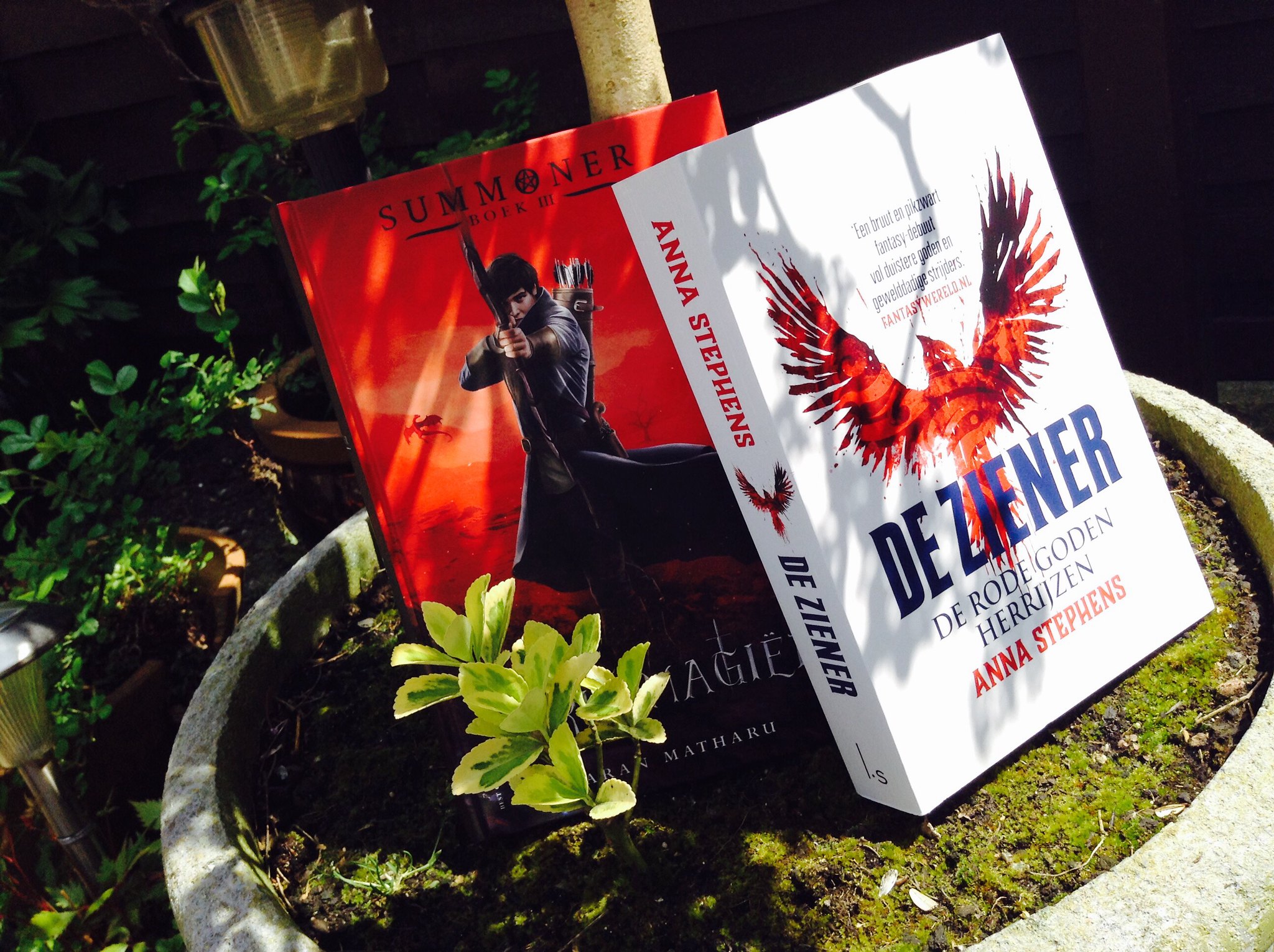 ★ Godblind (The Godblind Trilogy 1) by Anna Stephens
★ The Battlemage (The Summoner 3) by Taran Matharu
When we were at my parents for Pentecost my mom gifted me these two pretties (I swear everyone enables me, I am not responsible for these book hauls). I have been curious about the Anna Stephens book for a while but didn’t know it was going to be translated until I saw it in the book store. And with The Battlemage I had the first two already. I’m not sure if this is a trilogy but at least I can now bingeread these three this Summer. 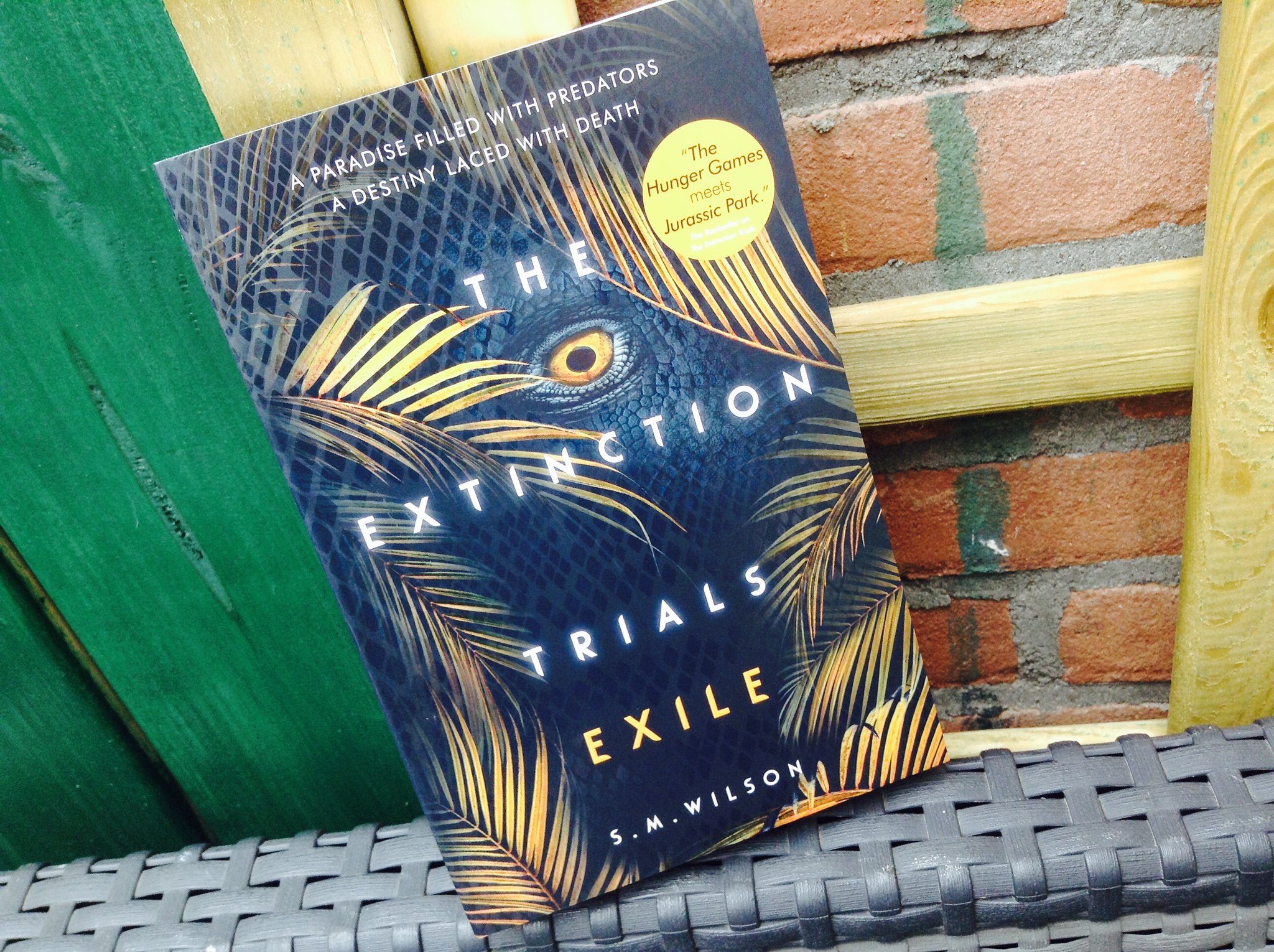 ★ Exile (The Extinction Trials 2) by S.M. Wilson
I saw this and ran with it. Look it has yellow! 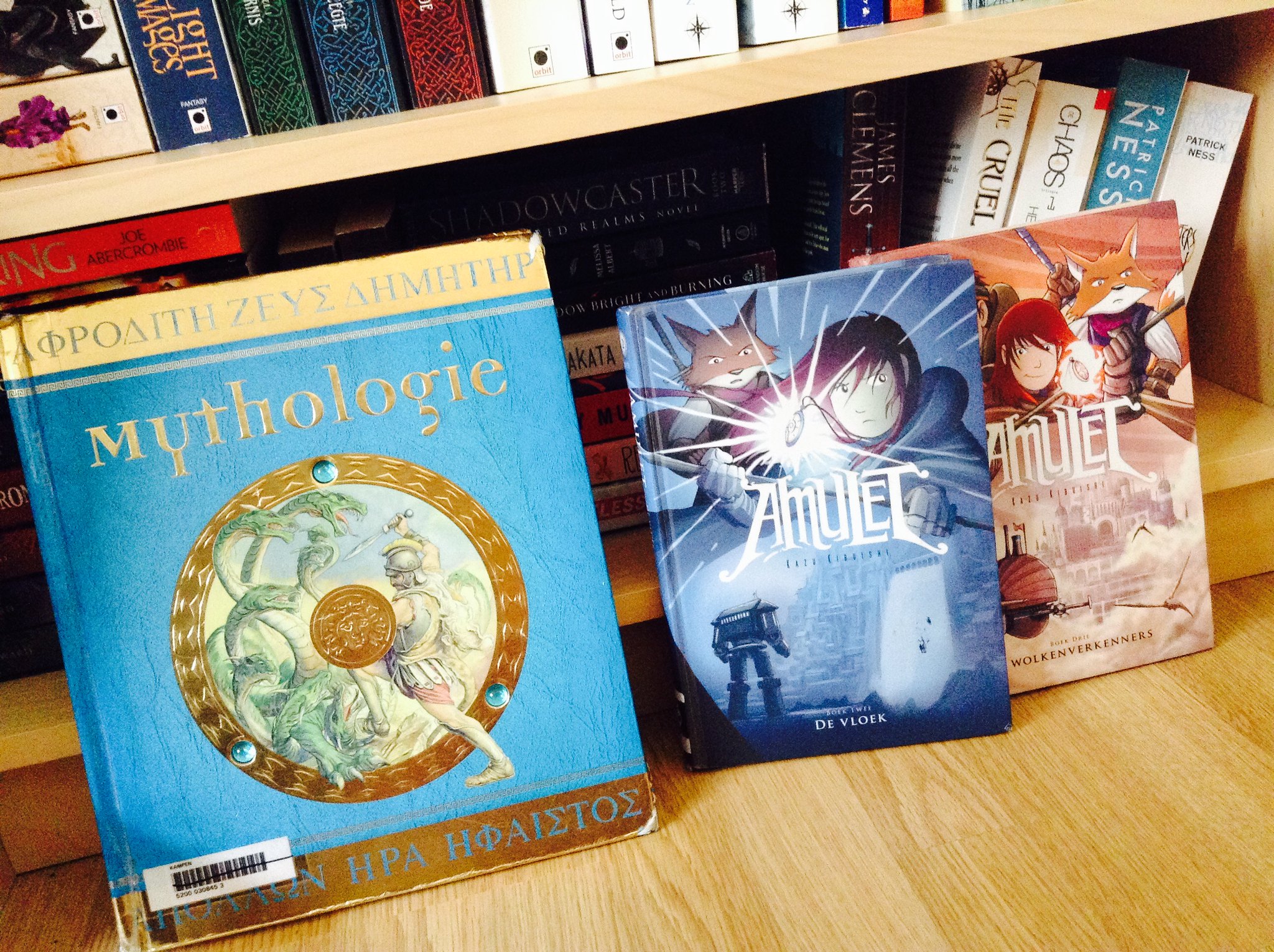 So at the end of the month our library had a library sale as I mentioned up above. I managed to hold myself back for myself. I swear I put books back! I liked the look of the mythology book. It is pretty. I have read the two Amulet editions but only one the first one myself in English and seeing these I just could not resist. 50 cent each! 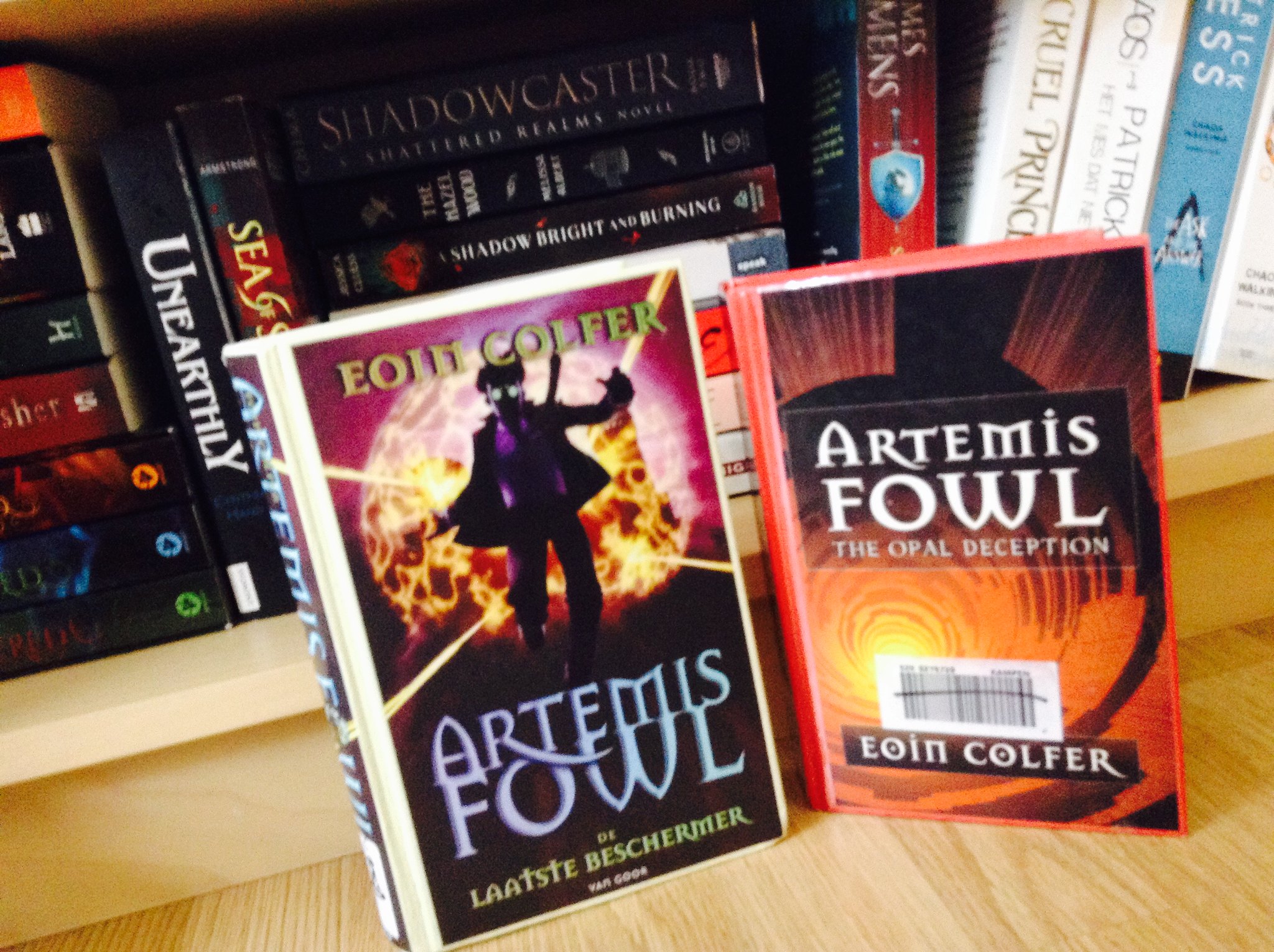 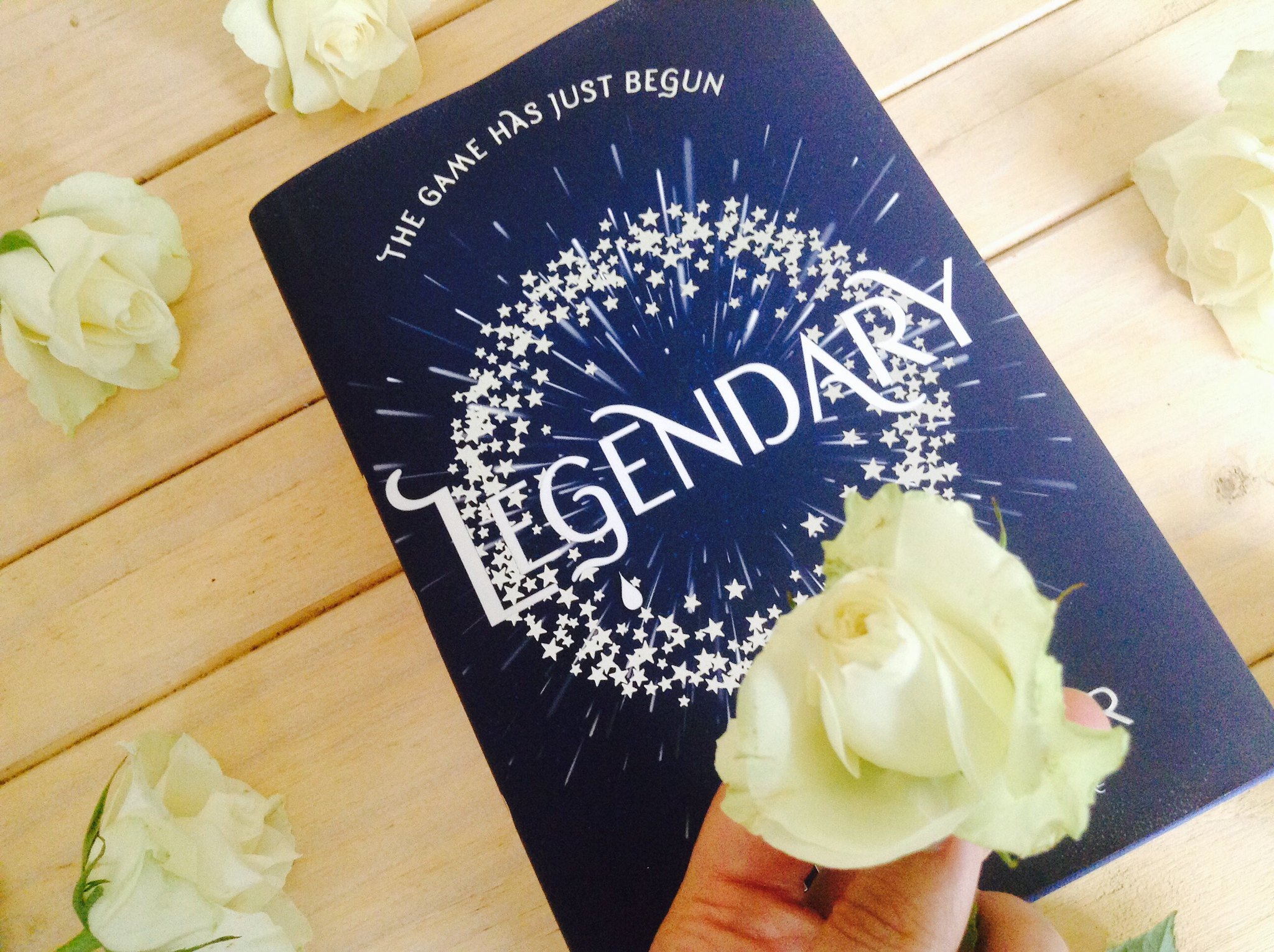 ★ Legendary (Caraval 2) by Stephanie Garber
I ended up pre ordering this because I wanted the naked hardcover to have the nice imprint like my Caraval has. I know. I’m terrible. 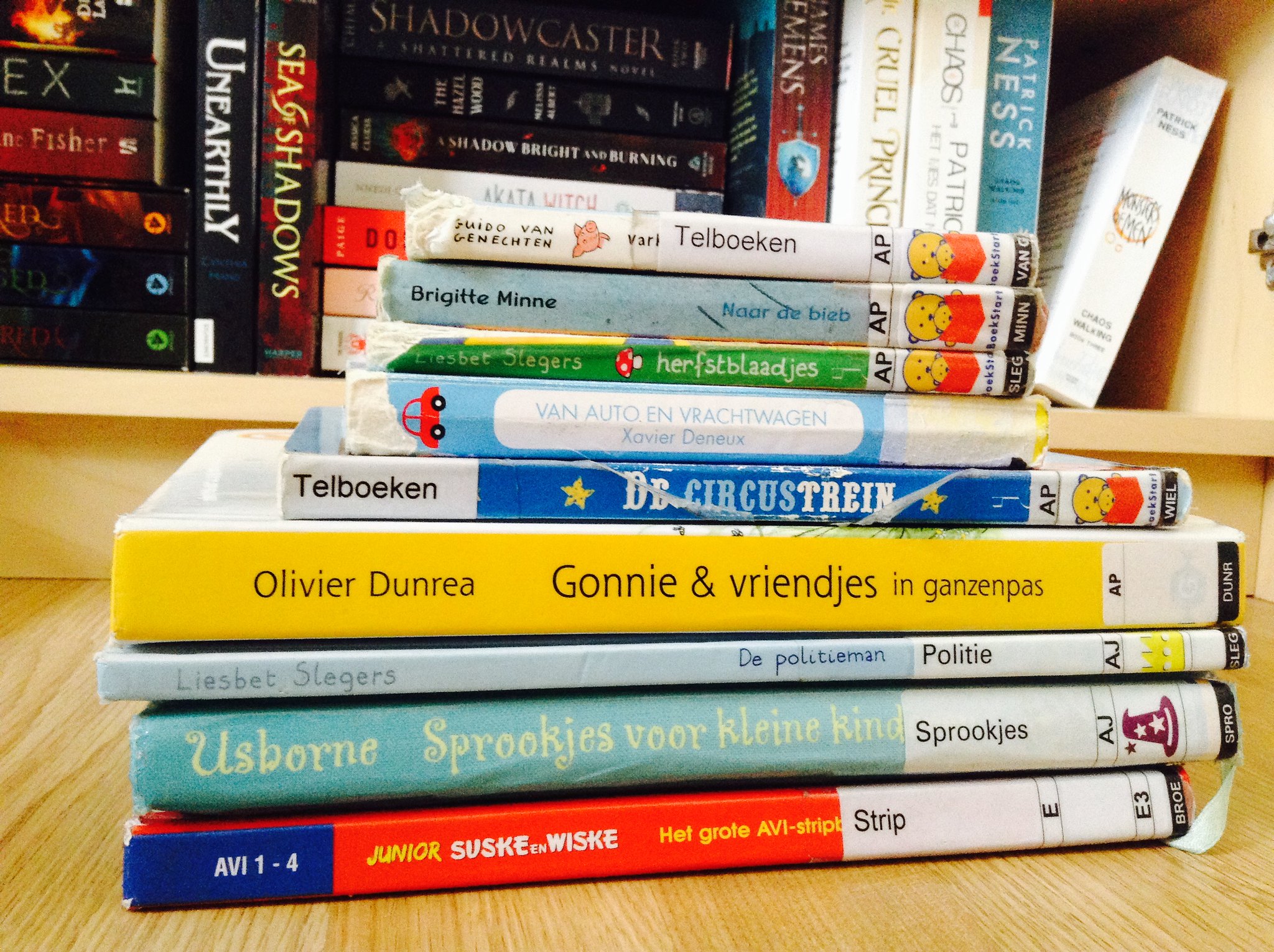 Of course Merijn got his own library haul. Here I also tried to keep myself contained but we still ended up 9 books. Some of these I have chose for future Merijn. I’ll link if I can find it on goodreads (english or dutch) but these kind of books can be so hard to find. 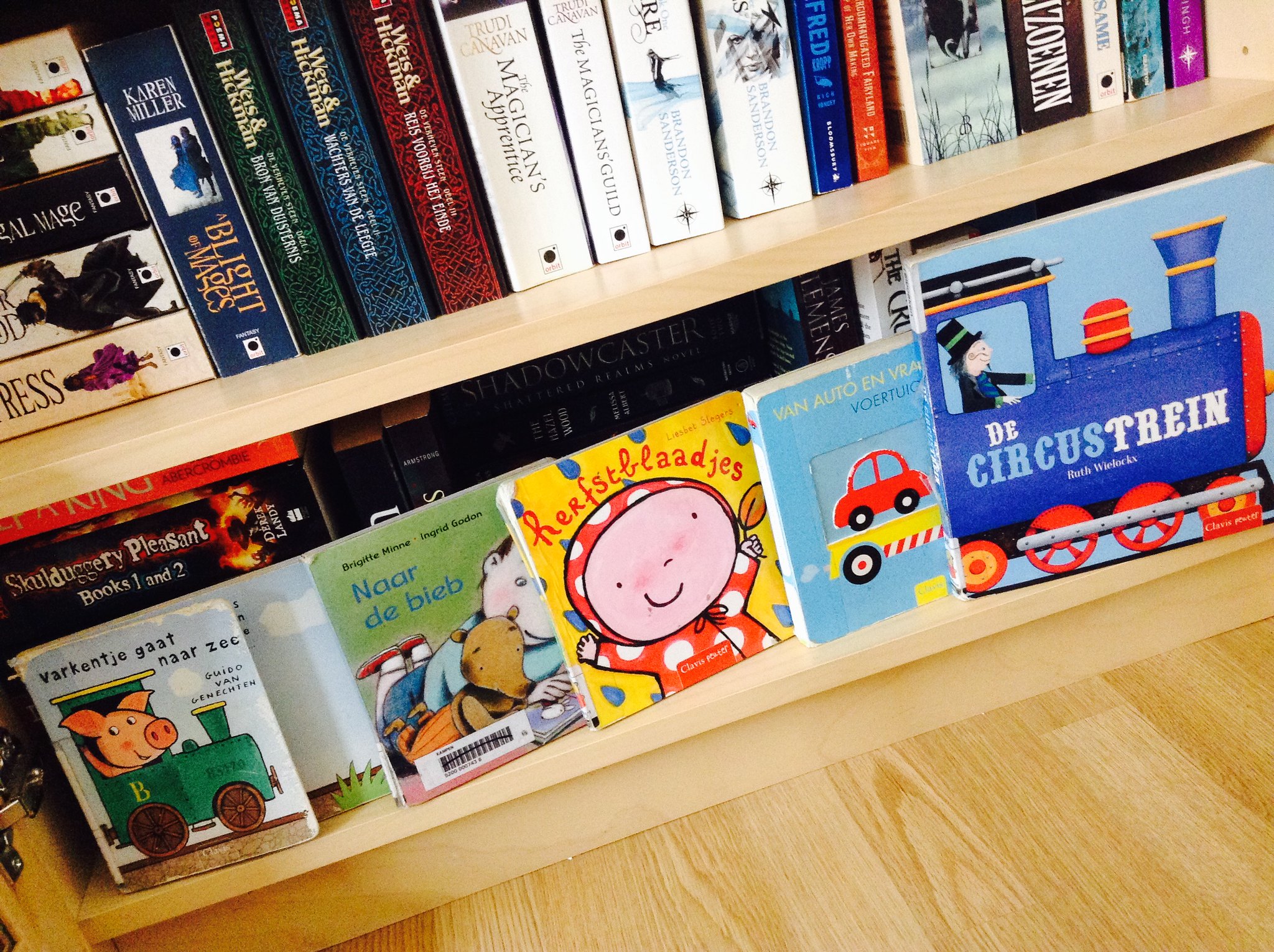 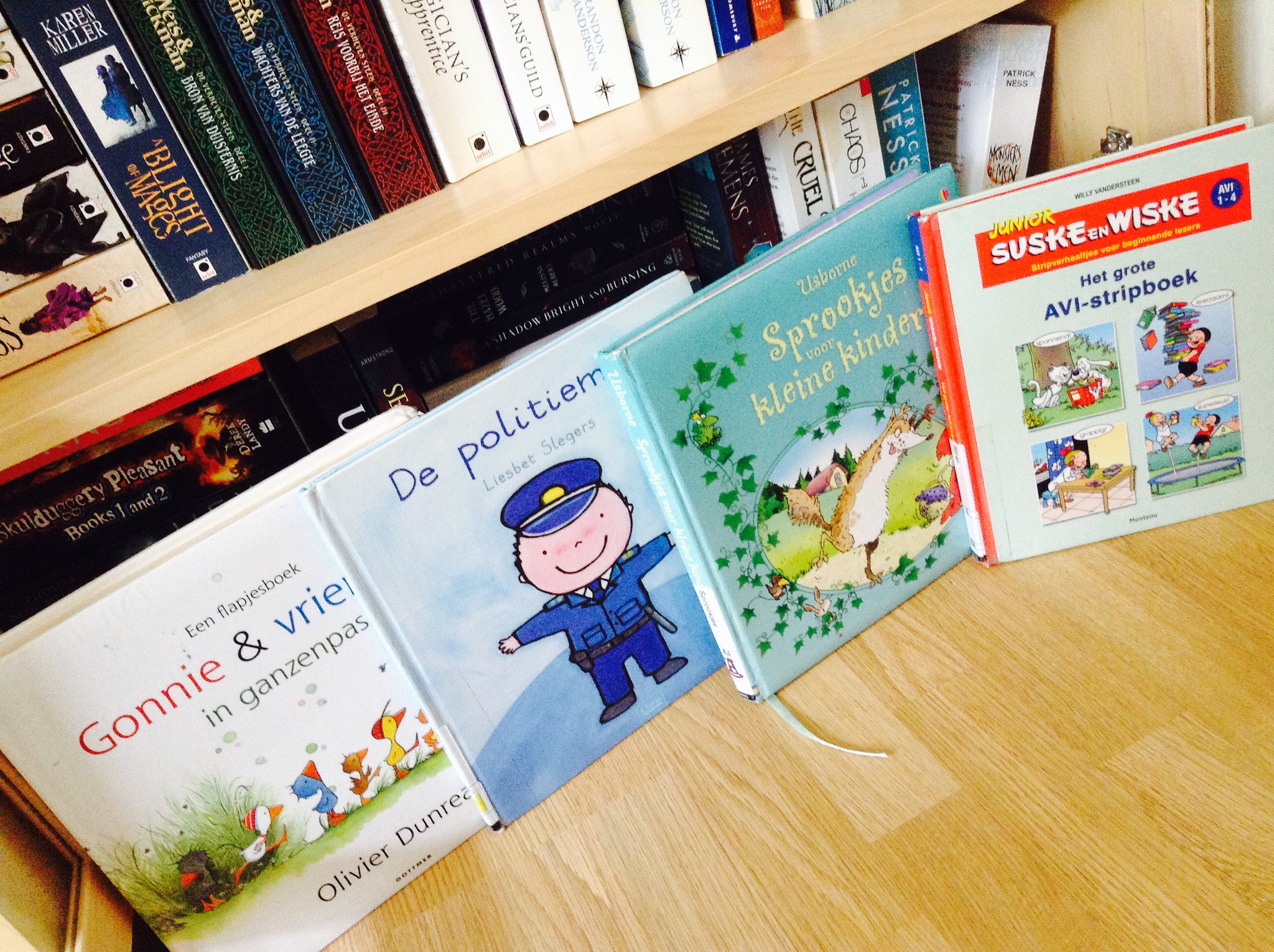 ★ Gonnie & Vriendjes in Ganzenpas (Gossie and Friends in line) by Oliver Dunrea / 1,5+
★ De Politieman (The Police and What They Can Do) by Liesbet Slegers / 3+
★ Sprookjes voor Kleine Kinderen (Usborn Fairy Tales for Little Children) by Susanna Davidson / 5+
★ Suske en Wiske: Het Grote AVI -Stripboek by Willy vandersteen / 6,5+
This last one has comics from Willy and Wanda for the starting reader. I thought that would be fun since his dad read a lot of Willy and Wanda when he was young so something to bond over for the future (and having the learning to read not just be with me lol).

★  The Lost Library (Lost Library 1) by Kate Baray +
★ A Bond of Destiny and Dragons (The Goddess and the Guardians 0.5) by Karen Tomlinson
★ A Bond of Venom and Magic (The Goddess and the Guardians 1) by Karen Tomlinson
These were all freebies. ❤ I do not often go out and get freebie ebooks so I figured I was allowed for a change.
★ Lost Lore, a Fantasy Anthology by Various Authors
This anthology was a freebie on Amazon. I decided that would work as I find it easier to read short stories than full books through my kindle app on my phone. So tiny. I’ve been meaning to check this out as it has an introduction by Mark Lawrence with some authors I’ve read before like Steven Kelliher and Michael R. Miller.

★ Spinning Silver by Naomi Novik +
I was approved for this on NG and I screamed. Well in my head
★ Into the Mystic volume 3 by Various Authors +
This is an anthology with nine lesbian/bisexual paranormal short stories, also from Netgalley. It is from the same publisher as Bones and Bourbon so I figured I’d check out some more of their books.
★ Grace and Fury by Tracy Banghart
This was a read now on netgalley for the first 500 so here we are.
★ The Little Shop of Found Things by Paula Brackston
This was a read now offer through Netgalley I received and I thought I’d take a chance on. It isn’t out until October so I at least don’t feel pressure haha.
★ The Book of the Unwinding (Witches of New Orleans 2) by J.D. Horn
I read and reviewed the first book earlier this year and was surprise to see the sequel already up on netgalley so soon. But hey, less chance of me having forgotten things.
★ Unwritten by Tara Gilboy
Another Netgalley pick. I was caught by that cover!
★ Witchmark by C.L. Polk
I saw this pass me by a few times and then it popped up on the Tor Newsletter and I saw it on Netgalley and I decided to give it a chance (not that I had anticipated getting approved by tor).

Would you like to see the books Merijn hauls in my book hauls more often? He doesn’t always get that much, just for the record.