In case you had not noticed, Terry Pratchett is one of those authors that very quickly weaseled his way into my must buy all authors. He had a way of writing that balanced so finely between real humor and satire, really punching our own society at times. What I have read of Discworld so far is a prime example of that writing. While I haven’t been able to read the whole series, or even half at this point, it is certainly one that stands out to me.

For this week’s Top Ten Tuesday (hosted over on That Artsy Reader Girl) we are meant to be sharing our favorite quotes. I have mentioned before that I am not a very quote kind of person. However I then had the idea to share some Discworld quotes. After all next week it will be three years since Sir Terry Pratchett passed away of Alzheimer’s disease.

‘It doesn’t stop being magic just because you know how it works.’ – The Wee Free Men 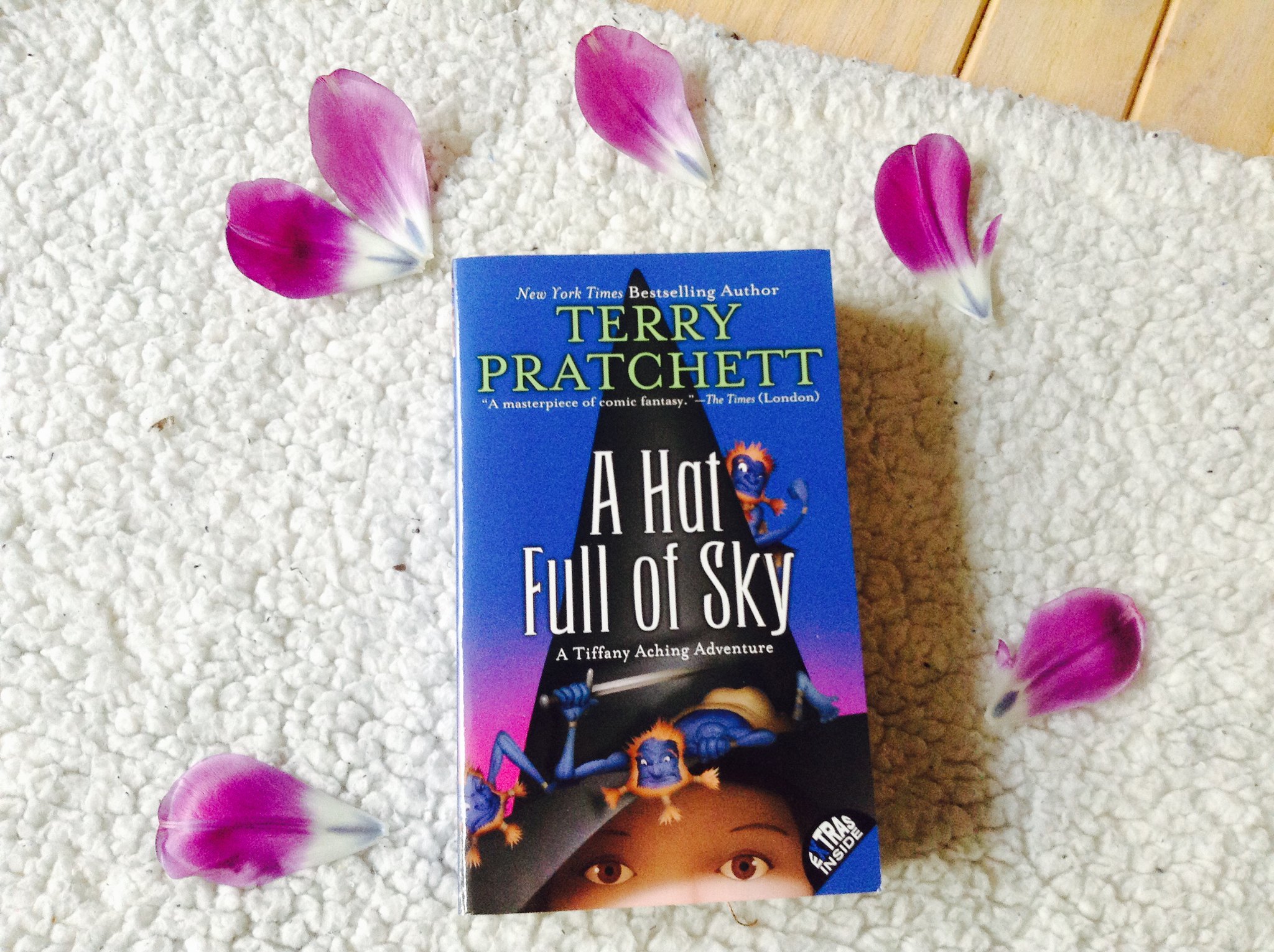 ‘Granny Aching had never been at home with words. She collected silence like other people collected string. But she had a way of saying nothing that said it all.’ – A Hat Full of Sky

‘People lived and died, and were remembered. It happened the same way that winter follows summer. It was not a wrong thing. There were tears, of course, but they were for those who were left; those who had gone on did not need them.’- I Shall Wear Midnight

‘Our rulers rule by consent, which means that we like having them as rulers, if they do what we want them to do.’ – The Shepherd’s Crown

‘There should be a word for that brief period just after waking when the mind is full of warm pink nothing. You lie there entirely empty of thought, except for a growing suspicion that heading towards you, like a sockful of damp sand in a nocturnal alleyway, are all the recollections you’d really rather do without, and which amount to the fact that the only mitigating factor in your horrible future is the certainty that it will be quite short.’ – Mort 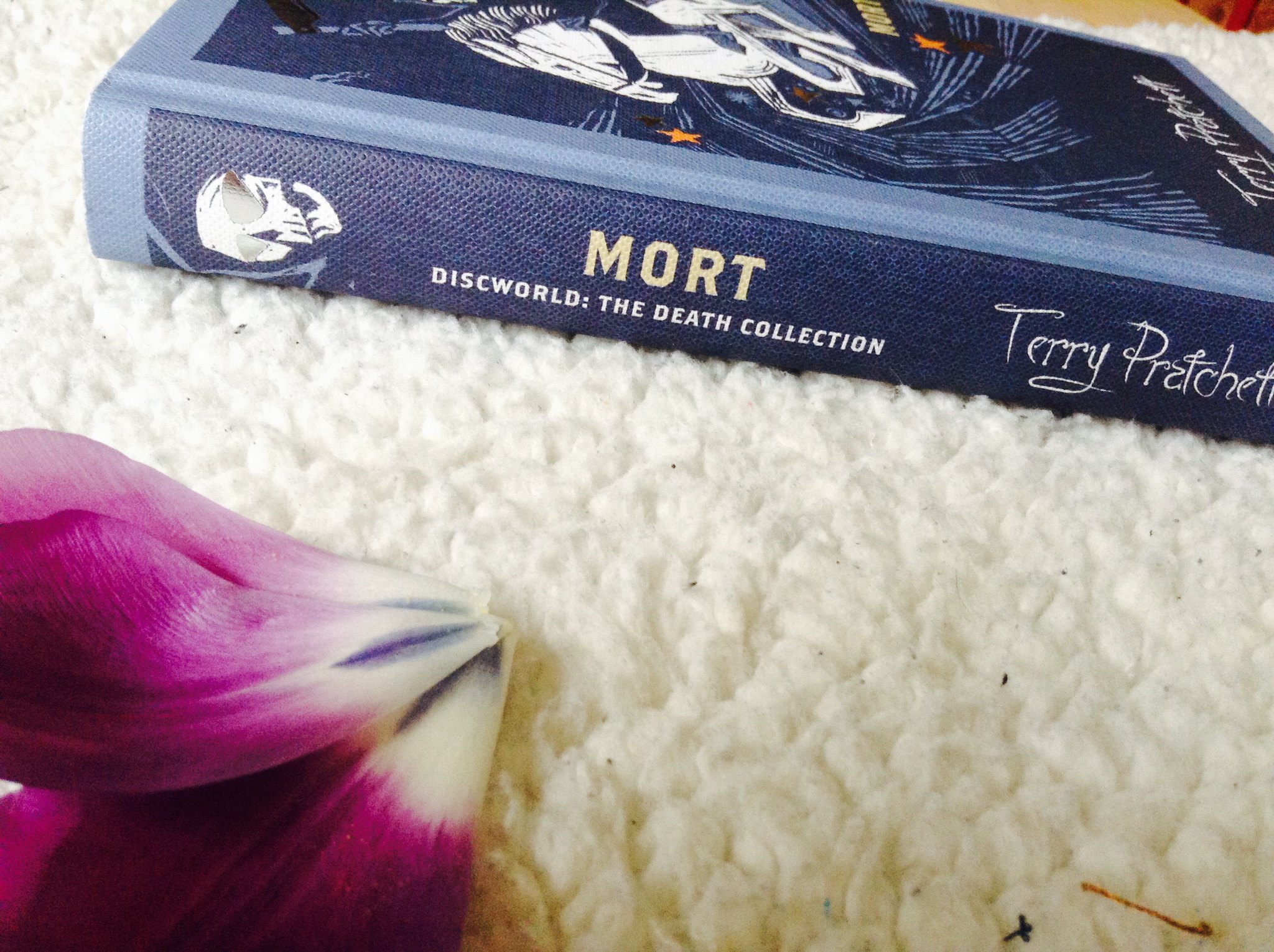 ‘History isn’t like that. History unravels gently, like an old sweater. It has been patched and darned many times, reknitted to suit different people, shoved in a box under the sink of censorship to be cut up for the dusters of propaganda, yet it always – eventually – manages to spring back into its old familar shape. History has a habit of changing the people who think they are changing it. History always has a few tricks up its frayed sleeve. It’s been around a long time.’ – Mort

‘It was the living who ignored the strange and wonderful, because life was too full of the boring and mundane’ – The Reaper Man

‘The Library didn’t only contain magical books, the ones which are chained to their shelves and are very dangerous. It also contained perfectly ordinary books, printed on commonplace paper in mundane ink. It would be a mistake to think that they weren’t also dangerous, just because reading them didn’t make fireworks go off in the sky. Reading them sometimes did the more dangerous trick of making fireworks go off in the privacy of the reader’s brain.’ – Soul Music

And so many more!