January is always such a weird month. It is the start of the new year that feels like it takes forever. The days are grey and short. And we had our ups and downs. But we also visited the library quite a bit. I say that is a good start no matter what. 😉 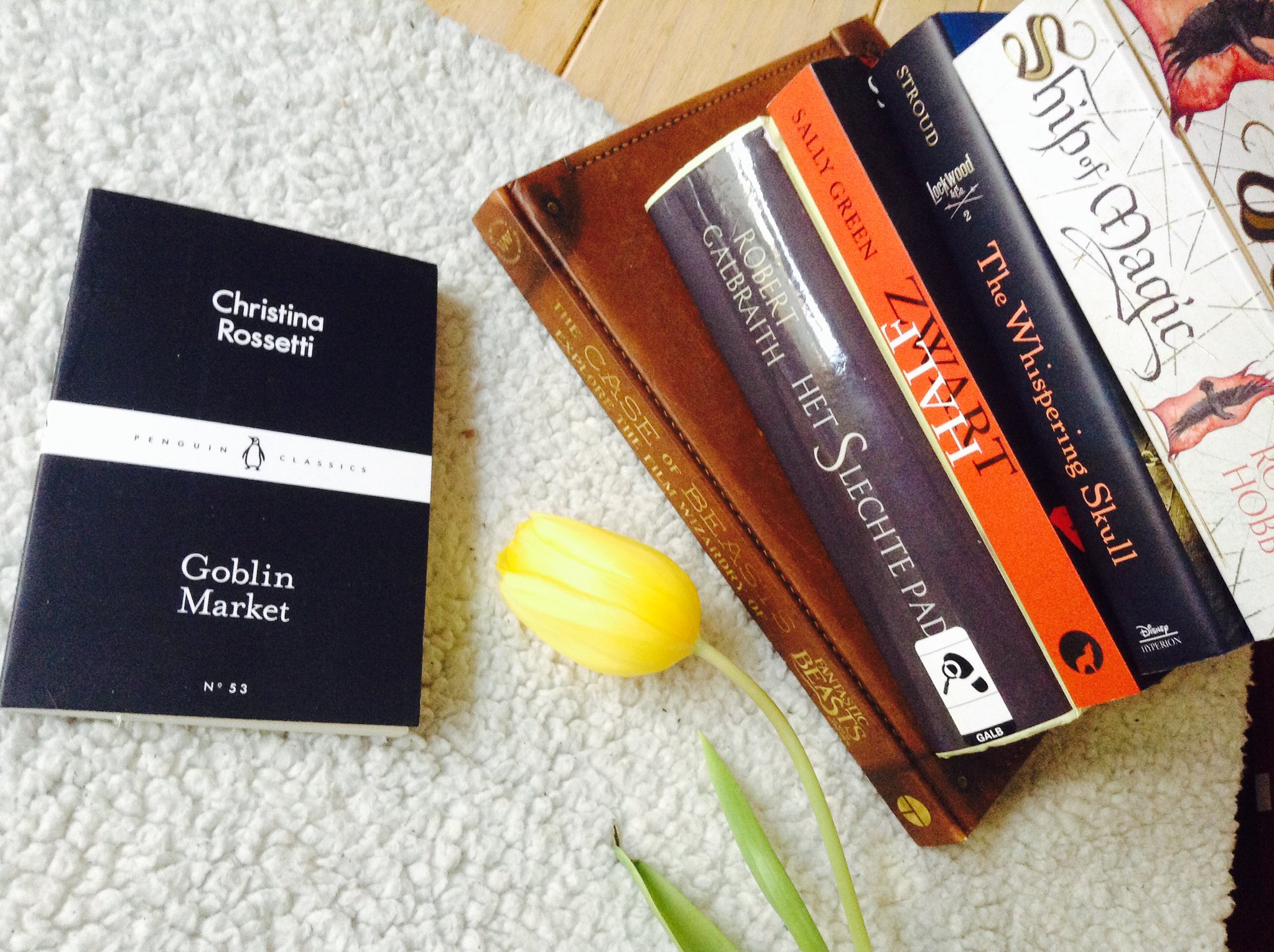 This isn’t off to a grand start unfortunately. But this is mostly because I read 6 library books instead of own books to be honest. So I think I might need to slow myself down a little library wise. I do still want to read a lot of my own books.

Off to a great start here too. A lot of what I read was backlist. I have not written a lot of reviews for these though to be posted on Wordery. I decided I would post my reviews on Wordery as that is just the easiest one. If you know of any other easy retail sites to add reviews to let me know.

Already half way! Oops. Maybe I should have set it to 24.

How Was January for Me?

⌘ The first week of January was a lot of bleh. I was having a lot of physical discomfort and Merijn was having a really bad week with not listening to me at all and acting out, even when we went on walks and especially around his dad.

⌘ The week after that things picked up a lot though. I finally had that time of the month and despite all the cramping it felt like a relief to my body.

⌘ Merijn also had a better week and started listening a lot better again. I took him with me walking (but still with the baby carriage along) to the stores and he behaved very well in them. He even carried his own diapers to the register haha.

⌘ Merijn figured out how to open zippers. So now he can open his sleeping bag. I had to put the zipper on the bag. He also started teething his last tooth to complete a set of 16 teeth. But that gave a great few naps and mornings. Not. But then the tooth didn’t come through and the last 2 nights of this month there was an hour and a half of midnight babbling again. #exhausted

⌘ I actually searched out a few job adds and send out one application. Go me. Working scares me again because of Merijn, my voice and all.

⌘ We had a good morning with my friend and her twins the last Friday of January. Just drinking something and walking around our shopping street. The interactions between the three are getting interesting, haha.

⌘ From January 24th to February 3rd we have the national story time/reading to days where reading to your kids is centered. Some libraries organize extra story time. I got Merijn the picture book of the year 2018. It is still a bit too much text for Merijn but I think he will like it when he is a few months older. And I think I like collecting those kind of things. It does kind of show what kind of picture books are of interest here.

⌘ On the last day of January I had a doctor’s appointment about my meds. I had already decided with how December and January was that stopping was just not going to be a good idea. So I am staying on them a little longer. Maybe this Summer.

Reviews
⌘ Deadly Sweet (The Spellwork Sydicate 1) by Lola Dodge
⌘ The King of Bones and Ashes (The Witches of New Orleans 1) by J.D. Horn
⌘ Regal Academy: A School for Fairy Tales

Other Posts
2018 (Reading) Goals // My Rekindled Love of the Library and the Library Love Challenge // IBWM #1 – Local Publishers // The Goodreads Reading Challenge – Playing by My Own Rules // Swipe, You’re Not Good Enough // What I Would Like to Watch in 2018

⌘ Transformers: The Last Knight / Movie
This was for my husband as I never cared for the Transformer movies. But this one took the cake really. Taking the King Arthur and his knights legend. Seriously? Now all of a sudden they have such a history with us?

⌘ Into the Woods / Movie
Is the book as dreadful as this movie was?

⌘ Rio / Movie
⌘ Rio 2 / Movie
I guess it was okay. Fairly decent, nothing spectacular. The first one was better than the second which wasn’t really Rio anymore.

⌘ The X-Files Essentials / TV Show / Season 1 / Ep 1-3 / 8
I will admit that for a sci-fi tv show fan I am behind on a lot of new ones. But even worse is that I have never watched this before. They started showing the newest season on Fox here alongside America and before they show this X-Files Essentials where some important episodes where picked out. I don’t dare start to watch season 11 though as I guess that would perhaps be a bit hard to follow?

⌘ Star Trek: Beyond / Movie
Well we finally got this and watched it and I certainly was not impressed. I love the epicness of this all but this Kirk was so serious and yet they did so little with what he was struggling with throughout the movie. Missed chance. Also the villain was awfully developed.

⌘ American Gods / Season 1 / Ep 5-8 / Finished
Well I finally finished this. During that time of the month I could not focus on reading so I ended up putting this on. It is as strange and weird as the show and sometimes I really don’t know what is going on and yet it is strangely addictive once you start?

⌘ Kungfu Panda 3
Not as strong as the previous two but still pretty good. 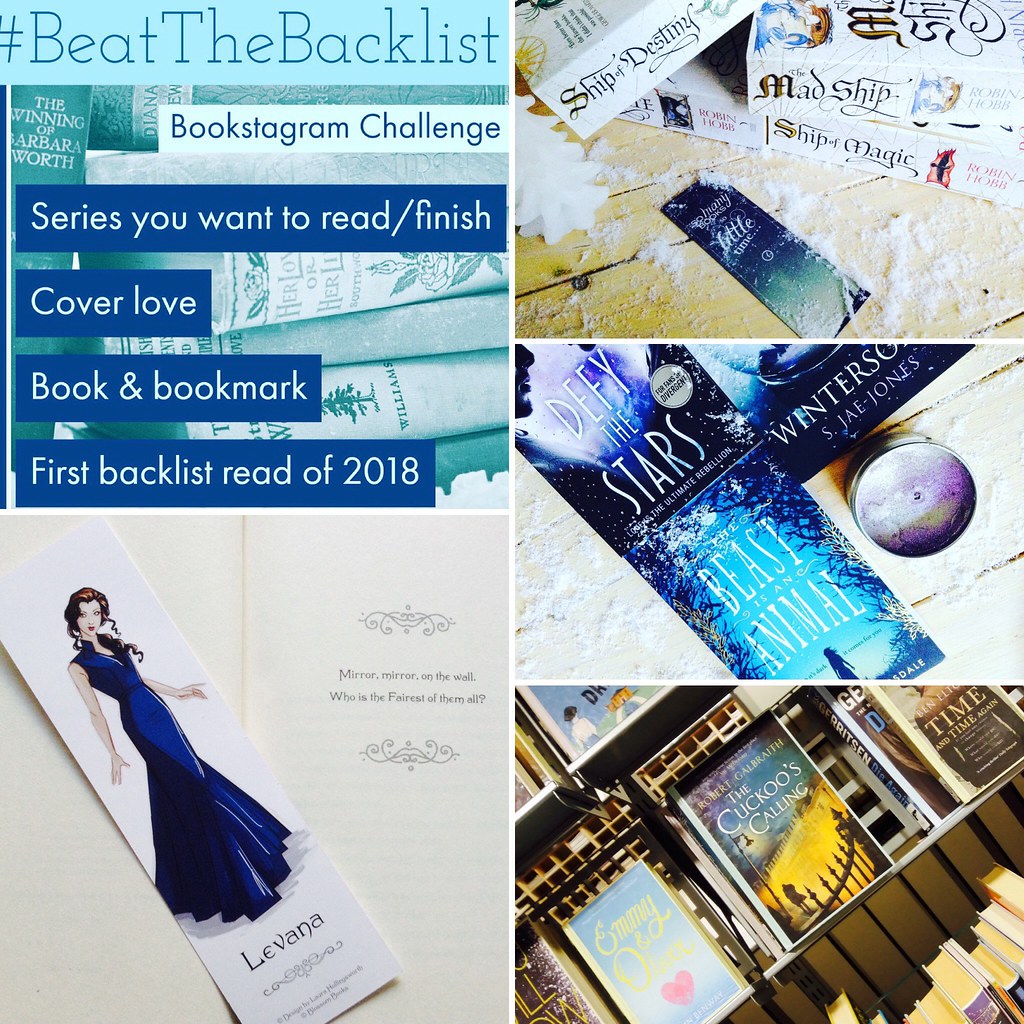 ⌘ Ayla from Books & Babbles has created a two weekly International Bookworms Meme. She also posted about how to get the best out of your e-reader apps.
⌘ Austine from Novelknight shares her experience with the Kindle Paperwhite and migraines. She also writes about why your (blogging) stats matter but you matter more. And she made a spreadsheet to keep track of the books and entering for points for Beat the Backlist.
⌘ Kristen from Metaphors and Moonlight wonders how much we really discuss books.
⌘ Aentee from Read at Midnight shares her The Cruel Prince designs.
⌘ Cait from Paper Fury shared 10 bookworm habits we should leave in 2017. And of course 8 types of TBR piles.
⌘ Lucy from That Book Gal made a tutorial on how to make filters, request and review on Edelweiss.
⌘ Brittani from Hope, Faith & Books has taken over the Dystopia Reading Challenge for 2018!
⌘ Jaimie from Perpetual Page-Turner shares 6 life lessons she’s learned in the last 6 months.
⌘ Nicole from Feed Your Fiction Addiction compared the different reviews she posts to see how well they do.
⌘ Mishma from Chasing Faerytales talkes about struggling to find her place in a changing blogging community.
⌘ Tina from As Told by Tina has started a monthly link up feature called Spread the Love. At the end of every month you can link up those posts you think deserved some more love.
⌘ Rinn from Papers & Pixels shares her love for Lord of the Rings.

⌘ Liesbet from Zwartraafje shares her reading statistics of 2017. She also tagged me for the book version of Tag to which I will respond here in February. Liesbet also really likes counting as she put her to be read pile in numbers.
⌘ Sue from Boekenz talks about the national story time days where the focus is on reading to our children.
⌘ Marcia from Oog op de Toekomst shared her shelves in numbers. She also made a list of books that take place on Mars.
⌘ Technically a February post but Emmy from Zon en Maan invites us to compliment other (Dutch) Ya Book bloggers in her form in February.

⌘ Bookshelf Tours of January 2018! Hailey in Bookland / Midnight Reads
⌘  Kat from Katytastic talked about a few books, in the last bit she talks about Turtles All the Way Down being triggering for her.

⌘ February is a short month but filled with some nice things I think. My father in law has his birthday (the day this posts actually) so we go out to dinner that weekend, there is a book presentation in a book store near me, I am meeting up with a few ladies in the library in the nearby city, some volunteering, Merijn has his check up again, 3 other birthdays.

⌘ Reading wise I have a few plans. I want to continue on with the Liveship Traders trilogy with the second book. I am having a buddy read for The Fifth Season with Alicia from A Kernel of Nonsense at the end of the month that I am excited for. I have to read two review copies. I’d also like to finally continue on with my reread of Lockwood. And I have some library books to read. Two reservations still have to come in this month. Tudu.