Book boyfriends and girlfriends and even book crushes are terms you come across very often in tags and on bookstagram. While I think it is cute, and I initially went along with it, for myself it feels a bit creepy. Let’s be honest. I’m an adult woman, turning 30 this month, and calling an underage character my book boyfriend or girlfriend is creepy. I’m sorry. It is. To me. If you are comfortable with it that is fine.

So for this week’s Top Ten Tuesday, as always created by The Broke and the Bookish, I tweaked the topic a bit to characters that are special to me. I don’t really have crushes on characters. But there are quite a few that I have quite grown fond of for who they are and it would break my heart if something happened to them.

This is what books do to us.

Nathaniel and Bartimaeus from Bartimaeus series by Jonathan Stroud
Look, lets be honest, there is no way I would make a list like this without mentioning a Stroud book. I love these two and their interactions with a fiery passion

Seraphina from Seraphina duology by Rachel Hartman
From the very start I instantly took a liking to Seraphina who is so flawed, so pure and tries to so hard.

Nikolai Lantsov from The Grisha trilogy by Leigh Bardugo
I’ll be the first to admit that The Grisha books don’t hold up against the Six of Crows duology, and by far are not my favorite books. But Nikolai stands out so high above the other characters in that series. He is sass and all hearts. I am so happy there are going to be books focusing on him. Less happy that we have to wait until 2019. ._.

Tiffany Aching from the Tiffany Aching arc in Discworld by Terry Pratchett
Tiffany is another precious girl who I loved seeing grow throughout her arc into being a witch and finding out how she fits in the world. 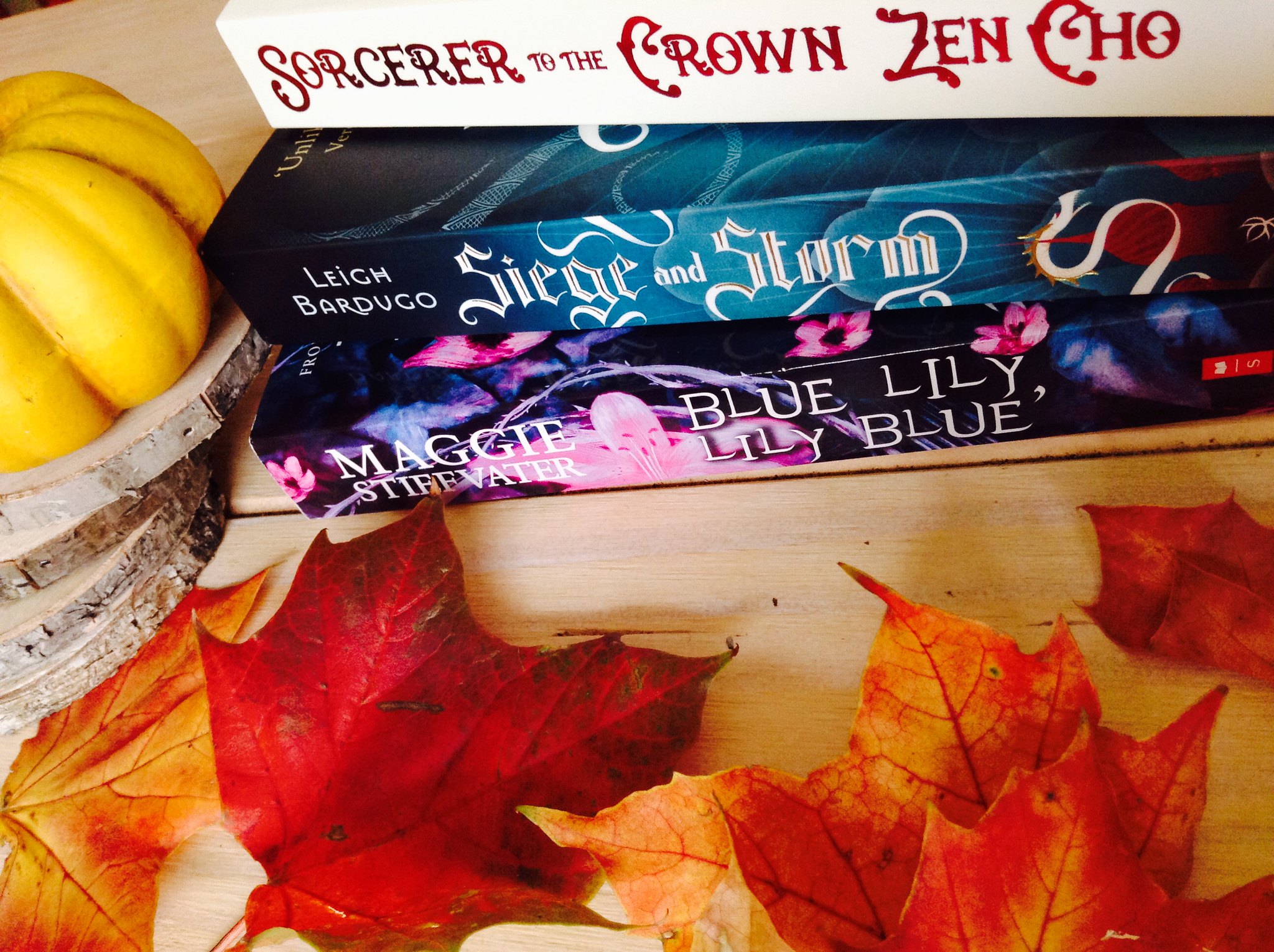 Ronan Lynch from The Raven Cycle by Maggie Stiefvater
Ronan was introduced as the asshole but as the series progressed there was clearly so much more to him than that. I love that with characters. He’s still unappologetically an asshole though.

Zacharias from Sorcerer to the Crown by Zen Cho
If you haven’t read this book yet, what are you doing with your life? Zacharias is such a precious character. Such a gentleman and he does not deserve society’s shit he got over him in this book.

Raisa and Dancer from Seven Realms by Cinda Williams Chima
Raisa is such a kick ass princess but she still makes her own mistakes. She likes to think there is good in other people. I think Han (not so) gently talked her out of that. Dancer is Han’s best friend and a side character I took an instant liking to. He stands out so much and he deserved to get so much more attention in the series than he got, especially considering his backstory with his mom, Willow.

Genie Lo from The Epic Crush of Genie Lo by F.C Yee
One of my favorite books of this year so far. Genie Lo is epic in every way of the word.

Howl and Sophie from Howl’s Moving Castle by Diana Wynne Jones
Howl is such a weird and dramatic character and I love it. Sophie doesn’t do his drama and sets him straight so many times. I love these two. Seperate but especially together.

Theron from Snow Like Ashes trilogy by Sara Raasch
I almost rage quit this book because of the treatment Theron got. ._. He was also such a good and precious character in the first book. He deserved much more than he got.