For the 29th time Deventer, a city here in the Netherlands, held the Deventer Book Market last Sunday. With almost 900 stands this is one of the biggest book markets in Europe. Every year it is held on the first Sunday of August. Surrounding the book market on Sunday there are always other events like expositions with as theme books.

I discovered this book market 2 years ago. 2 Years ago! I’ve been living in this area since the end of 2011 and yet I had never heard of this book market before. And what a shame that was. Because this book market is incredibly big and has so many different kind of books. Everyone can find something there that they’ll like. The prices are generally really good. Some stands are cheaper than others. You can find a lot of English in general and some German as well.

Last year I was unable to go as I was so close to my due date at the time and honestly I would not have been able to walk the short distance from the train station to the book market, let alone walk the whole 6km of stands.

So this was only my second time there. And I’ll be honest and say I did not go by all the stands. There is a lot there and I only really go for English fantasy and sci-fi, specifically Terry Pratchett hardcovers. It is also incredibly busy and at some point in the afternoon it becomes really hard to really look at the stands. I think that is the only downside of such a large book market.

For this reason we went rather early. Officially the book market doesn’t start until 9.30 am but we were there at 8.45 am. We left Merijn in the care of his aunt for the morning and most of the afternoon and decided to get there before the big crowds. Which worked. We were able to see a lot and cover a lot of stands before it became really busy around 11.00 in the morning. And we weren’t nearly the earliest. A lot of bargain hunters already start at 7.00 there. Some stands might not have finished unpacking their books yet, but a lot of stands do anticipate the early arrivals. By the time we got there, a lot of stands had already unpacked most of their books.

We lucked out with the weather. It was nice and sunny for most of the day and not too hot. There are various stands with food along the way and a lot of places to sit. In some cases those places to sit were from a cafe or a restaurant where you had to consume something. But a lot of the stands were near the water and there were some benches there you could sit and enjoy the view. We did that for a short break.

Later on we met up with some people from Books Ever After to compare our book hauls so far which is always great fun. We left after that as we had already been there nearing four hours and the amount of people was getting to both my husband and I.

But let us get down to what you really want to know from me. And that is what is in these bags and which books in the photo above are mine. I will start with that my budget was between 50 and 70 Euro and I did not keep to that…

So here we go~ 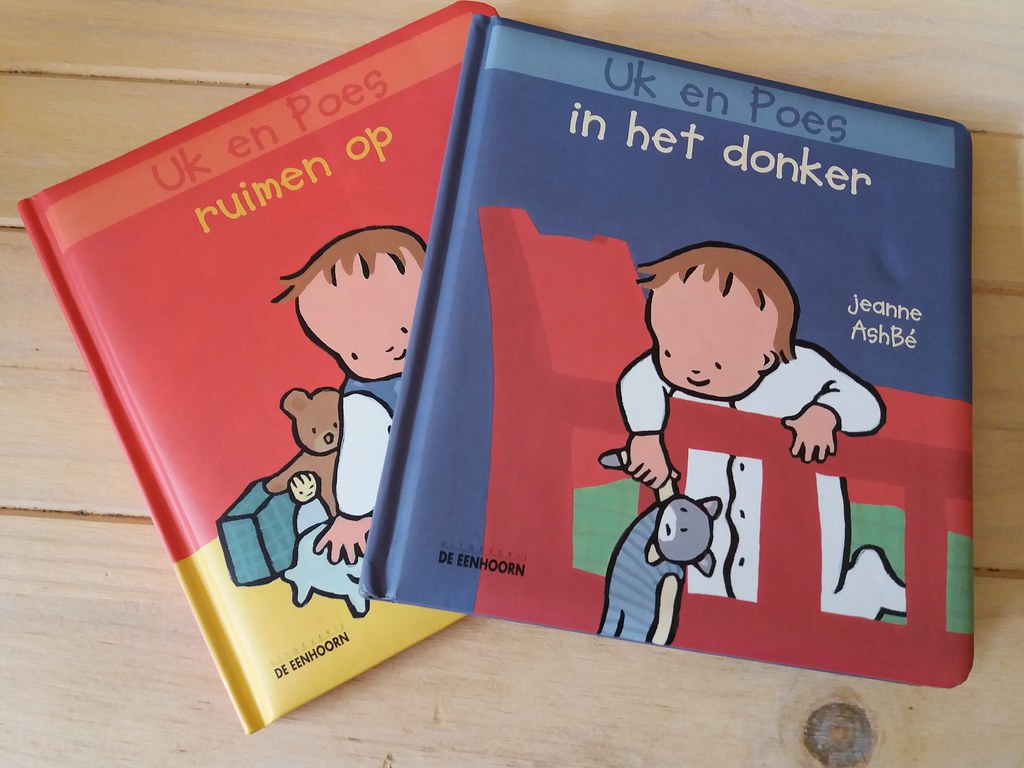 It might not come as a big surprise that I looked around for some children’s books for Merijn. I ended up with only these two for him. I thought they were cute and a bit different from what he has now. 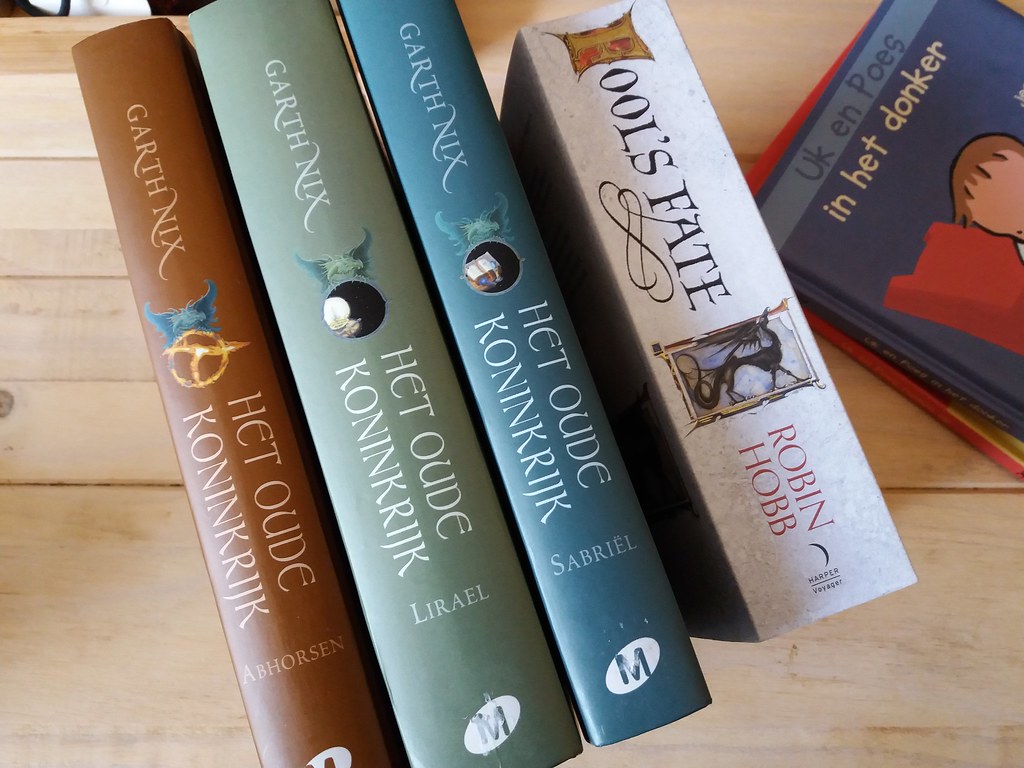 I found the Abhorsen/Old Kingdom trilogy together for 25 Euro in Dutch which is a reasonably good deal. They are in hardcover so normally they would go for 18 to 20 a piece. Even though I only own The Farseers trilogy by Robin Hobb I want to read on within this realm and I want these editions so when I saw it for 6 Euro I grabbed it. 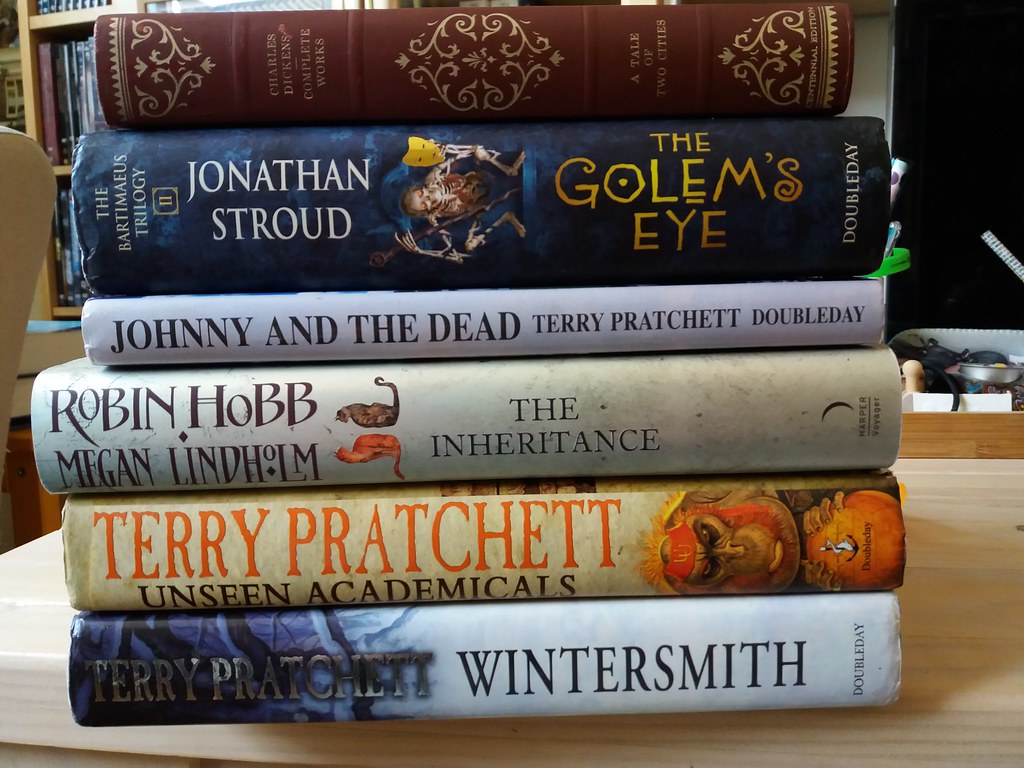 I bought all of these at the same stand that I visited twice, haha. I bought there first and last. The stand was manned by a British man who had bought books up from an auction and he had a bunch of great fantasy, in hardcover.

A Tale of Two Cities I saw in this lovely edition for 3 Euro. It is a bit damaged in places but not quickly noticable. Johnny and the Dead is non-Discworld book by Pratchett. With 12,50 a bit on the expensive side since it is a bit thin but worth it I think. The Inheritance are some Robin Hobb short stories I believe. I’ve had my eye on it for a while with that cover. But the pb was more expensive than this hc for 10 Euro. Unseen Academicals was 5 Euro but pretty damaged. Even so I got it as Discworld is such a large series, it is hard to buy them all full price. And Wintersmith I already have as a pb but it was only 4 Euro and I could not leave it as it is my favorite Tiffany Aching after A Hat Full of Sky.

‘Well, Annemieke, aren’t you skipping over one book? Don’t you already own The Golem’s Eye as well?’

Why yes I do. But as you might know this is one of my most favorite books. And it is so hard to find them in hardcover in this edition (aka I had not seen them before in the Netherlands) and…. 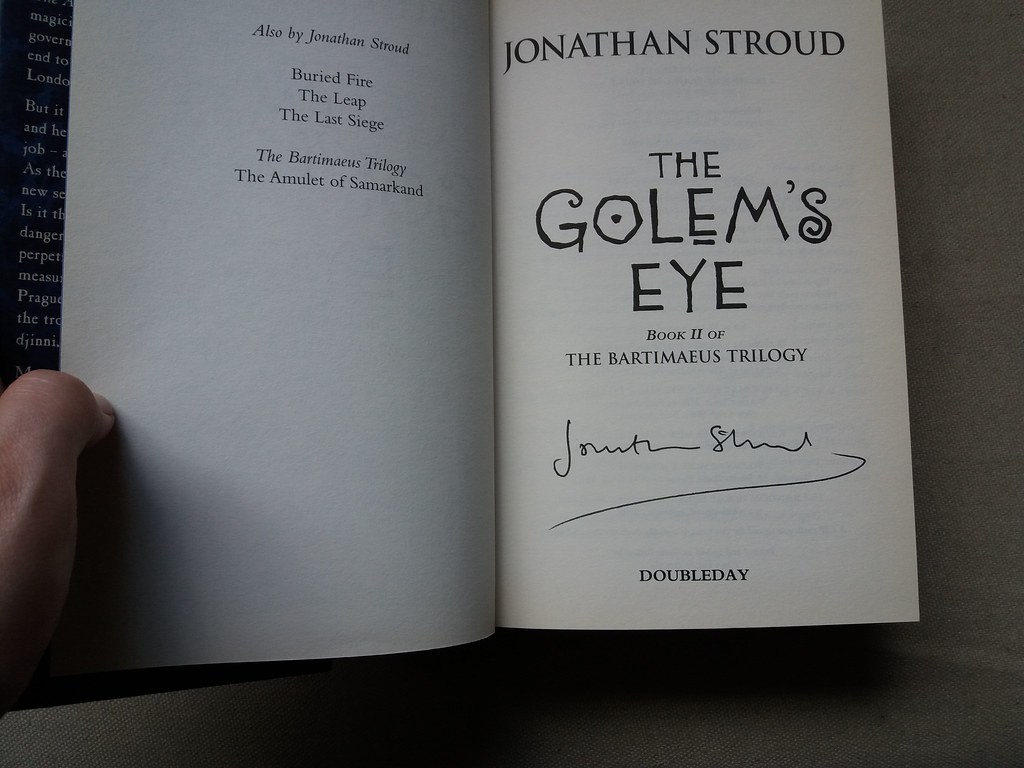 …it is signed! It was 15 Euro people and I am so incredibly happy with it!