Thief and con-man extraordinaire, Locke Lamora, and the ever lethal Jean Tannen have fled their home city and the wreckage of their lives. But they can’t run forever and when they stop they decide to head for the richest, and most difficult, target on the horizon. The city state of Tal Verarr. And the Sinspire.

The Sinspire is the ultimate gambling house. No-one has stolen so much as a single coin from it and lived. It’s the sort of challenge Locke simply can’t resist…

…but Locke’s perfect crime is going to have to wait.

Someone else in Tal Verarr wants the Gentleman Bastards’ expertise and is quite prepared to kill them to get it. Before long, Locke and Jean find themselves engaged in piracy. Fine work for thieves who don’t know one end of a galley from another.

After the ending of The Lies of Locke Lamora, the first book to this series, I was very curious to see where this book would send our friends. The title certainly suggested ships. And I was not left disappointed. In fact, I loved it. Every bloody minute.

The book is divided into three parts or books as the book them. The first part is perhaps a bit on the slow side as it sets up the situation that Jean and Locke are in but it also looks back on the previous two years. I loved getting the look back on those two years. Locke was not dealing well with the loss of their friends and left Jean to pick up the pieces. I loved how patient Jean tried to be with him. How he failed in the end and triggered Locke massively. 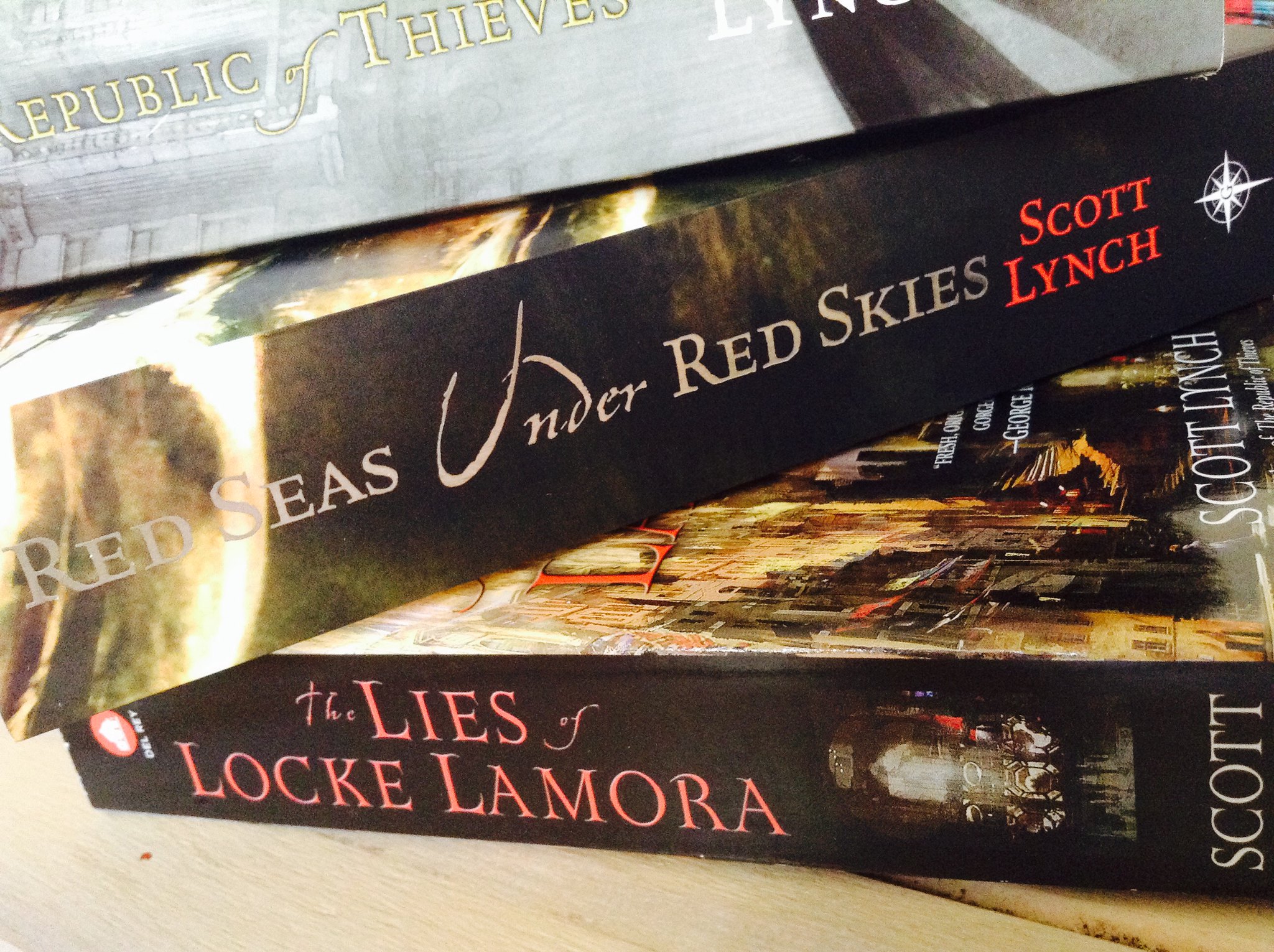 And it is so believable. And good to see such a dark and fragile part to Locke. I think it makes him a lot more human. This whole book does  to be honest because he falls flat on his face a few times there. Also he gets hit on the head more than once for his sassy mouth.  Which was brilliant. I mean the sass of course. There were so many dialogues and bits where I was just laughing out loud. Especially between Jean and Locke.

I also got my heart broken nearing the end there and I certainly was not the only one. Also I am so frustrated with how little we get to know of Locke’s one true love. She is mentioned so little and he clearly doesn’t want to talk about it. But we need to know, okay.  Who broke his heart?

The plot has a heist of course but this goes somewhat haywire for the two when someone demands their services on pain of death. You know, as that goes for our two friends. It is a bit different from the first book and has quite some clever twists and turns throughout the book to marvel at. It is great to get information in bits and pieces and see the full heist come together at the end.

Another aspect that I loved was that in the second part we went out on sea. Pirates! It was so great to see those two on such an unfamiliar setting, and I loved seeing the world being expanded beyond just land onto the sea. The pirates that they end up with were such a great addition. Some females that could clearly kick-ass. Their interactions with our duo was gold.

There is so much to love in this book and before I knew it I had read 600+ pages and I was nearing the end. It was addictive.