I saw this tag at Dina from Dinasoaur and with so many questions I thought it would be great to have a go at this tag for this month.

Author you’ve read the most books from

According to Goodreads I’ve read the most books by Rick Riordan which sounds quite accurate. I have read some of the companion books as well. I’m sure I’ll just continue to read more by him. Though I do hope that Terry Pratchett will overtake him at some point.

There are various series where I feel the second or next book was better than the previous one. Murder of Crows for instance was such a great step up from Written in Red. But also A Hat Full of Sky by Terry Pratchett, the next book in the Tiffany Aching series. The Golem’s Eye, the second Bartimaeus book by Jonathan Stroud also took such a step forward from the first book. We need more great sequels like these.

Windwitch by Susan Dennard, buddy read with Kirsten from Boekwereld.

Drink of Choice While Reading

If you know me a little it won’t surprise you that I say physical book. Though I have been using my e reader more lately.

Fictional Character You Would Have Dated in High School

Honestly? I’d have no idea. I didn’t date anyone in high school to begin with and I don’t really look at these (often younger) characters like that. Sure I love some characters but not like that, haha.

Glad You Gave This Book a Chance

I’m very glad I gave Pyramids of London a chance when I came across it on Netgalley a few years ago. I still think of it and it is on my list to reread at some point. I am still eagerly awaiting the sequel.

I think I might have said often but the Bartimaeus sequence by Jonathan Stroud is a big hidden gem. I don’t understand why not more people have been picking it up, especially considering the attention his current series, Lockwood & Co. has been getting. But there is also Sorcerer to the Crown by Zen Cho which so many more fantasy and/or history readers need to read.

Learning to read would be one. My mom taught me. Then next would be picking up reading again through the reccommendation of Cinder through a friend.  And lastly but certainly not least is starting this blog. I’ve discovered so many great new books through all of you.

Because You Love to Hate Me: 13 Tales of Villainy. Edited by Ameriie.

Kinds of Books You Won’t Read

Once I would have said contemporary but I have been reading that more here and there. Just a few. I guess pure erotica I won’t pick up. Other than that I do on occasion pick some things up. I might not be drawn to non-fiction but sometimes there is something that stands out to me. Same goes for history (though often in combination with fantasy).

That would probably have to be one of the A Song of Ice and Fire books by George R.R. Martin. Some of my mass market paperbacks had 1100-1200+ pages. Oh, no wait, The Complete Sherlock Holmes!

Major Book Hangover Because Of

A broken heart from characters dying. But mostly I don’t get real book hangover.

Number of Bookcases You Own

Three, downstairs. Upstairs I technically have three more… But they are filled with children’s books, some non-fiction, books I want to get rid of and so on.

The Golem’s Eye by Jonathan Stroud.

The couch downstairs. I can sit however I want and I have the great view on my bookshelves. I also can put the radio on in there and put food and drinks near me without potentially messing up my book.

Quote that Gives You Life

I’m not a big quotes person. I had to look up some quotes I saved on Goodreads. But there this one stood out to me by Neil Gaiman.

‘Books make great gifts because they have whole worlds inside of them. And it is much cheaper to buy someone a book than it is to buy them the whole world.’

Not writing down all the books I read during my youth. I’ve just forgotten so many titles. Reading less during high school and college. Can you imagine the amount I could have read then?

Series You Have Started But Need to Finish

How long do you want this post to be? These are just the books that have all books out currently.

Three of Your All-Time Favorite Books

Why always these hard questions?
The Golem’s Eye // The Demon King // A Hat Full of Sky

Very Excited For This Release 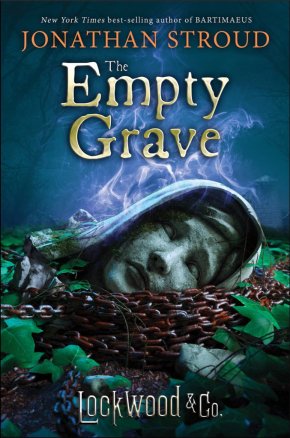 Starting too many books at once I suppose.

X Marks the Spot–Start at the top left of your shelf and pick the 27th book:

A quick count tells me this is Illuminae.

Last book bought (well my husband did) would be The Summoner and Aristotle and Dante Discover the Secrets of the Universe.

ZZZ-snatcher book (last book that kept you up WAY late):

Honestly, I go to bed on time. I read during the day so this never happens to me, haha.