I feel like June just flew right by me. A big zoof and it is July already. I don’t feel like a lot of things happened this month though the Summery weather has been a great blessing. Of course some days were just too hot and unbearable, but oh well. It never is quite perfect, is it? 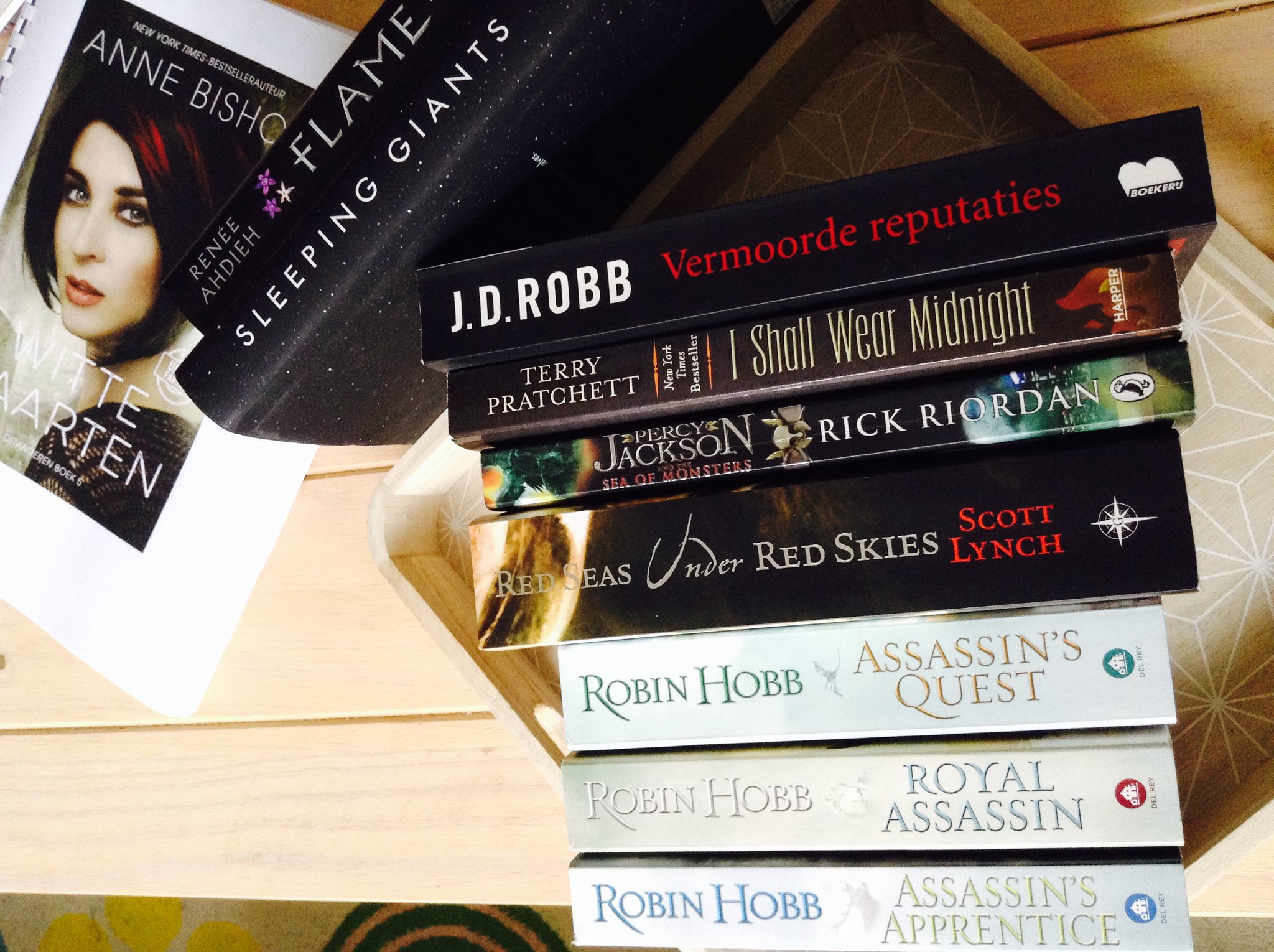 I had another good reading month as you can see. I binge read the Farseer trilogy in a week. That were a lot of pages but I couldn’t really put it down. It was addicting. It is that I don’t own the other trilogies in this large realm or I would have just read that all month.  I also decided to count volume 10 of The Runaways as I read 10 now. I figured that would count nicely. I had some good reads but als some dissapointing reads. There were also some nice big adult fantasy books in there for a change. For some reason I just tore through those. And of course I hit my Goodreads Reading challenge. I don’t think I’ll be upping it as I just want to see where I end up. Nearing the end of August Merijn will probably go to one sleep a day and it will change my reading time a lot.

Let us ignore this number, tralalala.

How Was June for Me?

⌘ I had to take our cat to the vet at the start of the month as she had to get an infected tooth removed. However as four other teeth were also loose in her mouth they also had to come out. Poor thing. She was so out of it when I picked her up because she got such a heavy pain killer just before I got there. But she does seem to be feeling better now. ⌘ On June 4th we went to the Zwolse Bookmarket again. I of course scored some books, but this year I missed most book friends as I had to take Merijn’s schedule in account and the possible heat. Boo. 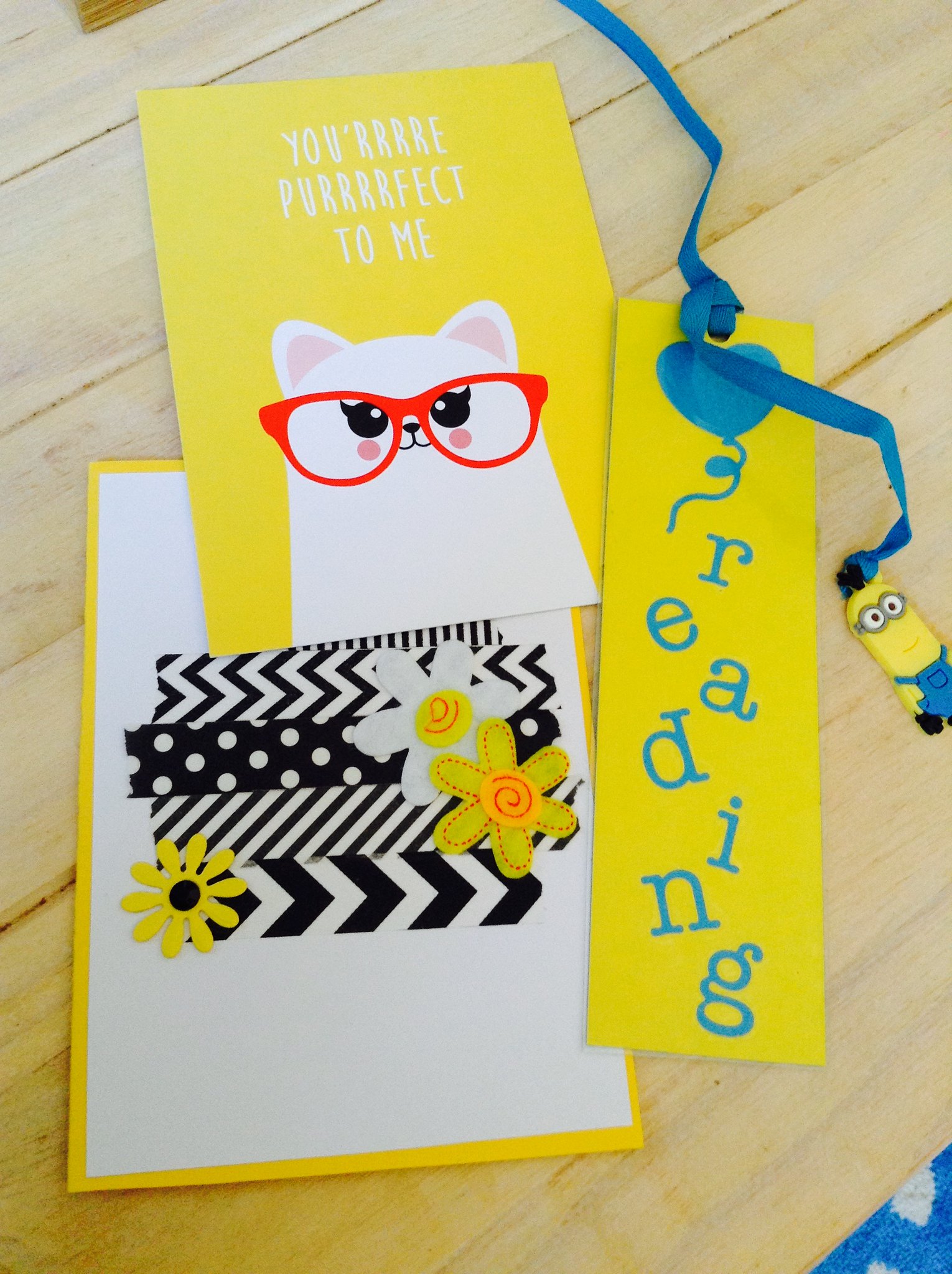 ⌘ Lovely Liesbet from Zwartraafje send me these lovely cards and a bookmark she made herself. ❤ Completely in my favorite color.

⌘ I started seriously losing weight again. No big diet but watching a lot better what I ate. Some days that goes well. Other days not so well. It is a work in progress either way and I don’t believe in telling yourself you can never have certain things anymore. I’d like to enjoy food, thank you very much. I lost 1,5 kg which is not as much as I’d like. I really want to read on with the other Robin Hobb trilogies but I asked my husband if I could get the next trilogy if I got to a certain weight, my first goal. We’ll see when I get there… 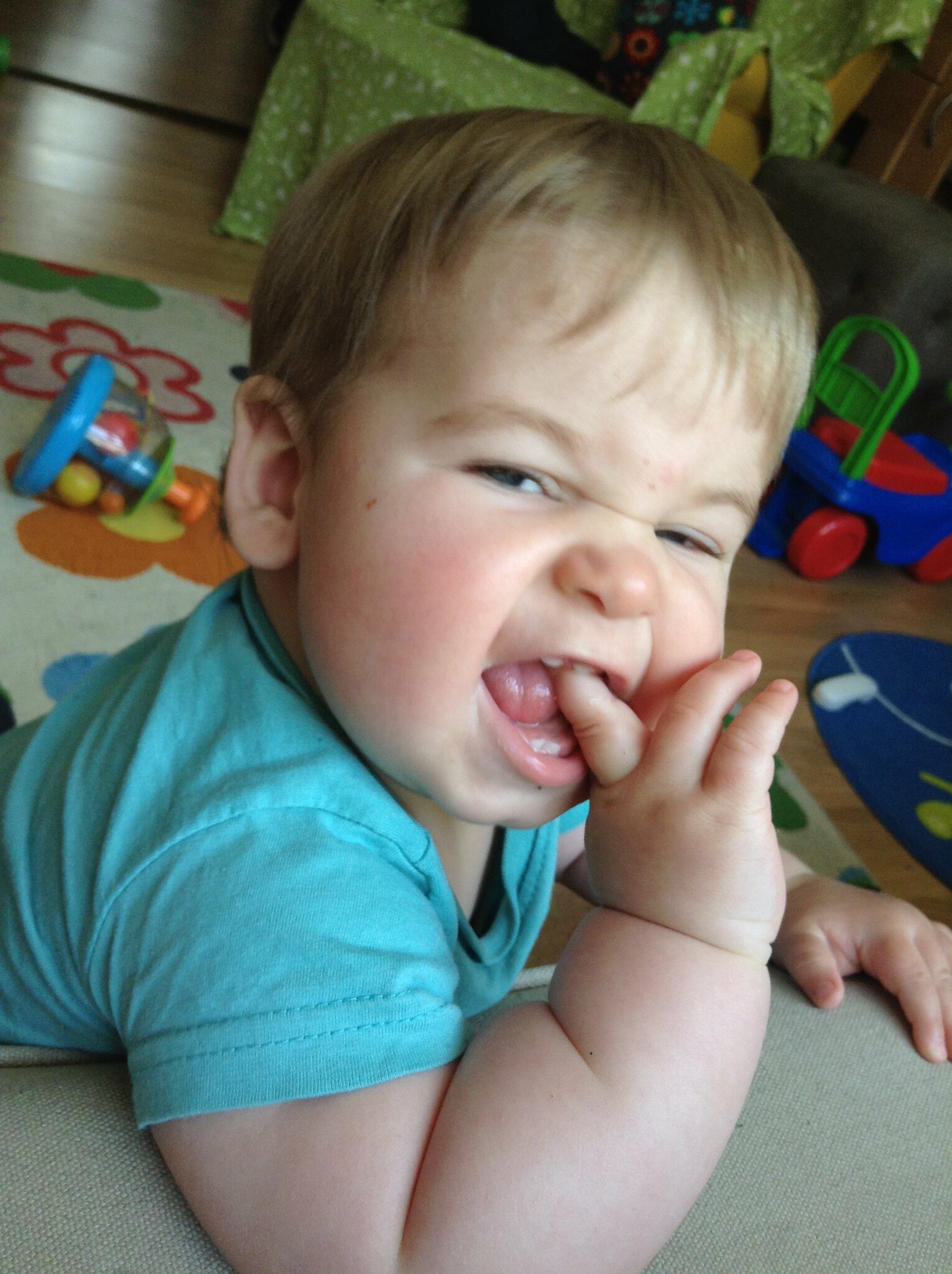 ⌘ Merijn has been granting me some better nights of sleep. Thanks little man because I was kind of being broken with those kind of nights for a whole month long. He’s making small steps in his development still and charms everyone he sees. It is the hair I tell you. We have one of those babywalkers he can walk behind to practice and I’ve been taking him outside once a day to do that. He doesn’t do so much walking as he does staring around him, and mostly at the other kids in our street. But he loves it and that is all that counts. I got him real shoes and it helps his walking get better. He was a little sick the last few days of June but seems to be recovering well.

⌘ As you might have heard Photobucket has stopped supporting linking to third party sites which would mean none of my photos should be showing. At the moment of writing this they are still showing, but I am going to see if I can make the time to at least post the pictures that go with book reviews on flickr like I will be doing with all posts from now on. But I honestly do not have pictures from 2 years ago anymore so I’m not sure if I will be able to place them all through flickr. It is a lot of work. So like I said I will focus on all currently planned in posts with pictures first, then book reviews and posts from this year I think. After that I’ll look at pictures from older posts.

Top Ten Tuesday
Diverse Books I Recently Added to My Wishlist a.k.a Goodreads // Bookish Gift Ideas For the Non-Reading Father // Series I’ve Been Meaning to Start // Best Books of 2017 So Far

My husband has been rewatching Fringe a lot so we haven’t made a lot of time to watch other things.

⌘ Pirates of the Carribean 5 / Movie
Ugh, yeah I wasn’t very taken with this movie. It was entertaining to watch but Jack Sparrow felt like he even had less intelligence than in the previous movies, while in the first movie he was a bit cunning. It wasn’t really my choice to go as my husband really wanted to see this in the theatres. 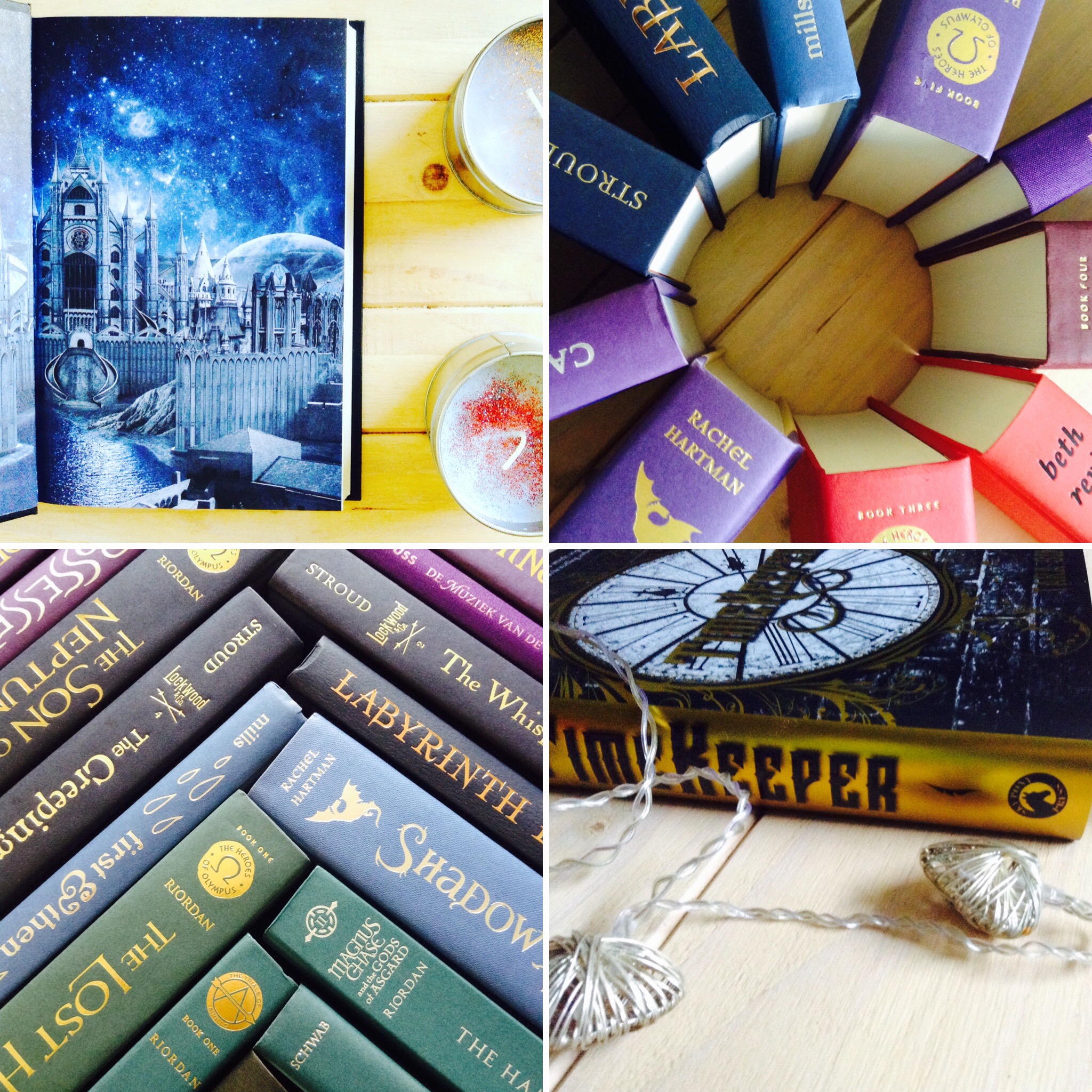 ⌘ The Bookavid shares 7 reasons why she prefers Young Adult over Adult.
⌘ Aimal from Bookshelves and Paperbacks recommends books based on your Hogwarts House. She also listed diverse books being released during the second half of the year in an ultimate guide. If you aren’t following Aimal yet, what are you doing with your life?
⌘ Must Have Books Online shared how to make roses out of old books.

⌘ Emmy from Zon en Maan shares how a hardcover is bound
⌘ Marcia shares 5 short stories that would be a great introduction to Sci-Fi. She also shares her thoughts on The 5th Wave movie that I agree on with her.
⌘ Liesbet from Zwartraafje shares some Belgian bloggers.

⌘ July is the start of Summer vacation and that means that my husband will have to work a lot. He doesn’t have vacation until the last week of August so he has to keep going for a while. My parents will probably be here for half a week in the middle of the month so that will be busy too. 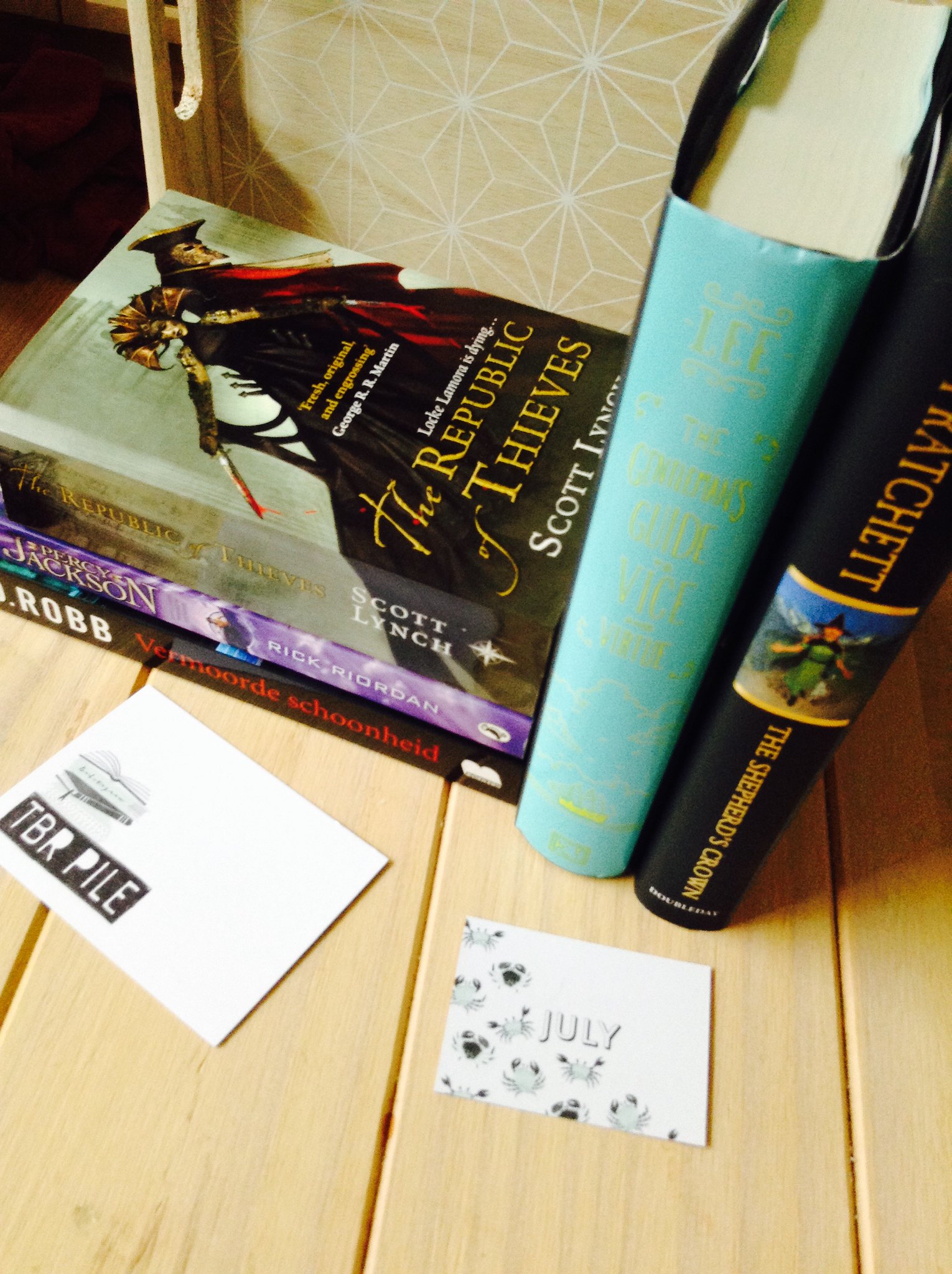 ⌘ Blog wise I have to think up some extra blog posts as Top Ten Tuesday has gone on a sudden hiatus until August 15th.

⌘ For my tbr I will be buddy reading The Shephard’s Crown with La La in the Library. The last Tiffany Aching book. Hear us weep. Windwitch I will also be buddy reading, with Kirsten from Boekwereld as I did with Truthwitch as well. Other than that I am thinking on some pre-orders coming out and maybe reading the next In Death book.

The Sunday post is a weekly meme hosted by Kimba @ Caffeinated Book Reviewer. This is a bit of a recap post of the week (or month) where you can link to the posts you made this week, share news and wrap up your reading.