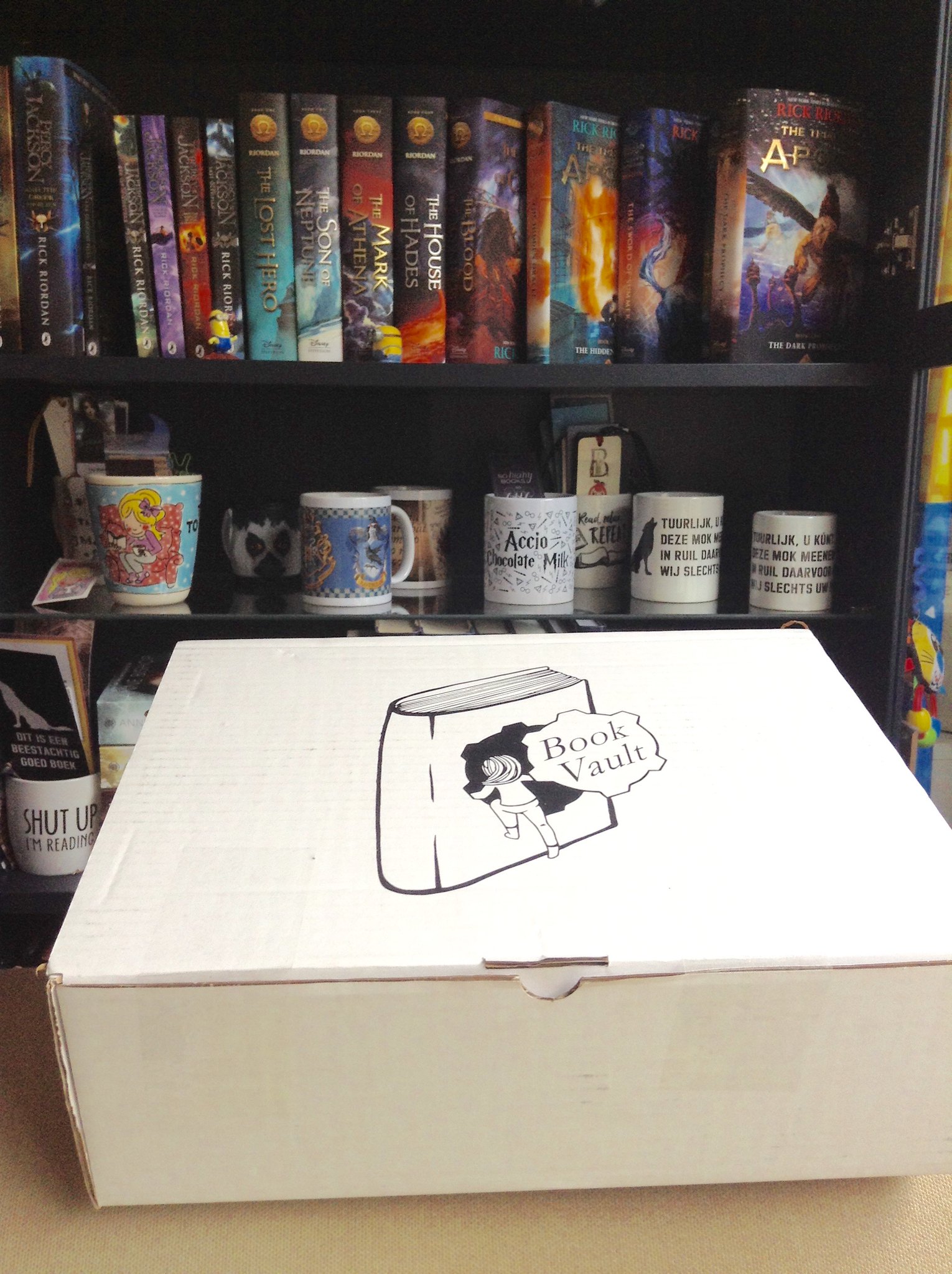 At the end of last year BookVault, a Dutch fantasy book subscription box, started and I had ordered their box. Unfortunately for me there were two books of a series in there that I had little interest in anymore. That is the thing with a book box, you never really know what you will get.  Even so I liked the extras and how it was set up around the books. Which I think you should judge a book box on. And even better for all of you is that BookVault is going international starting next month! Instead of a book in Dutch there will be books in English from now on in the boxes. You can order a box with them from around the world. Right now the new site in English isn’t live yet but just in case you want to keep checking, you can click here. Since December I have been keeping an eye on them to see if there would be a theme that would spark my interest and for May there was. Magical beasts. That certainly drew me in. That and the promise of two books in this box. 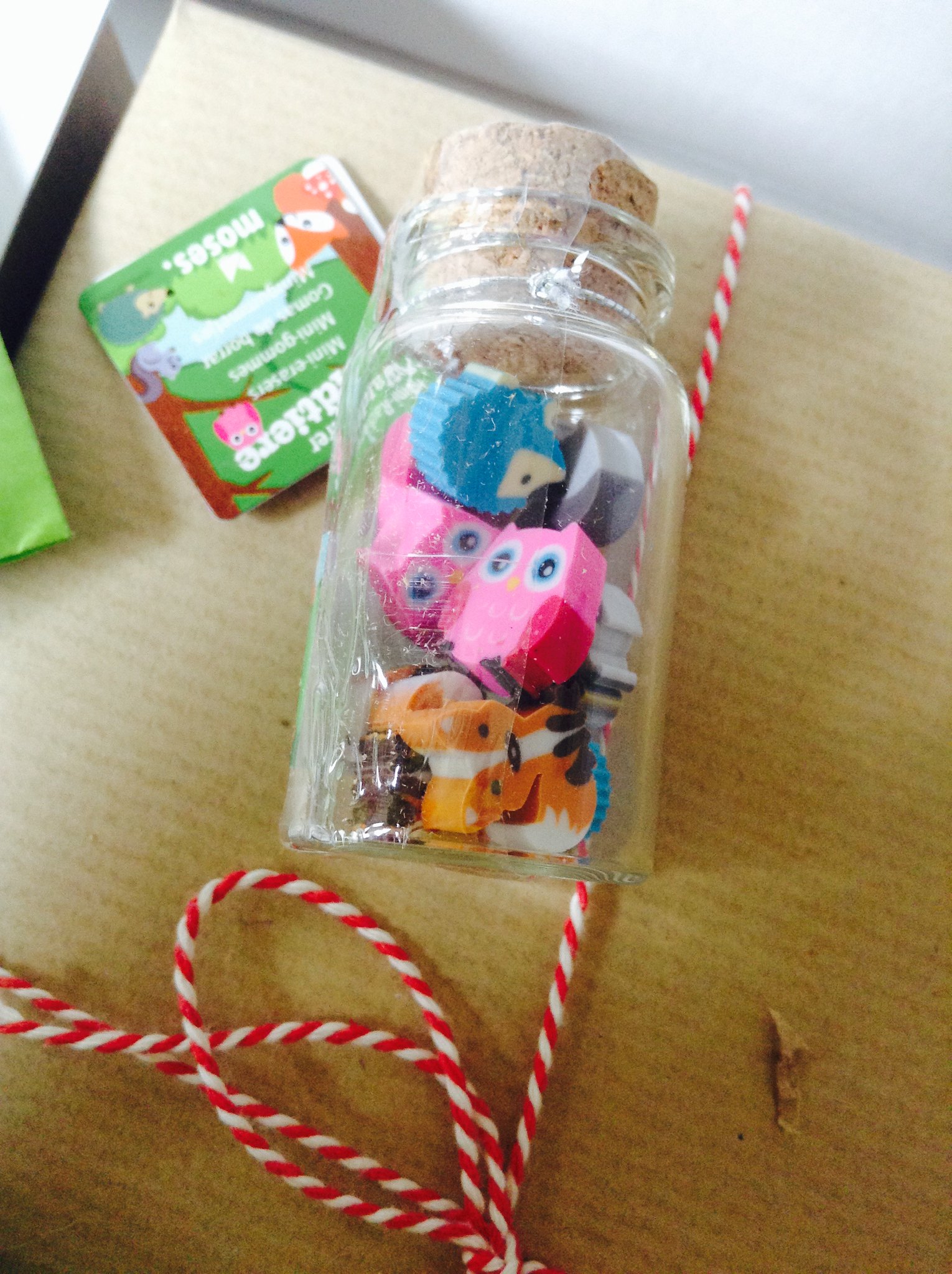 One of the first things I saw was this cute bottle with animal erasers. So cute. Never going to use the erasers of course. They’ll look great on my shelf. 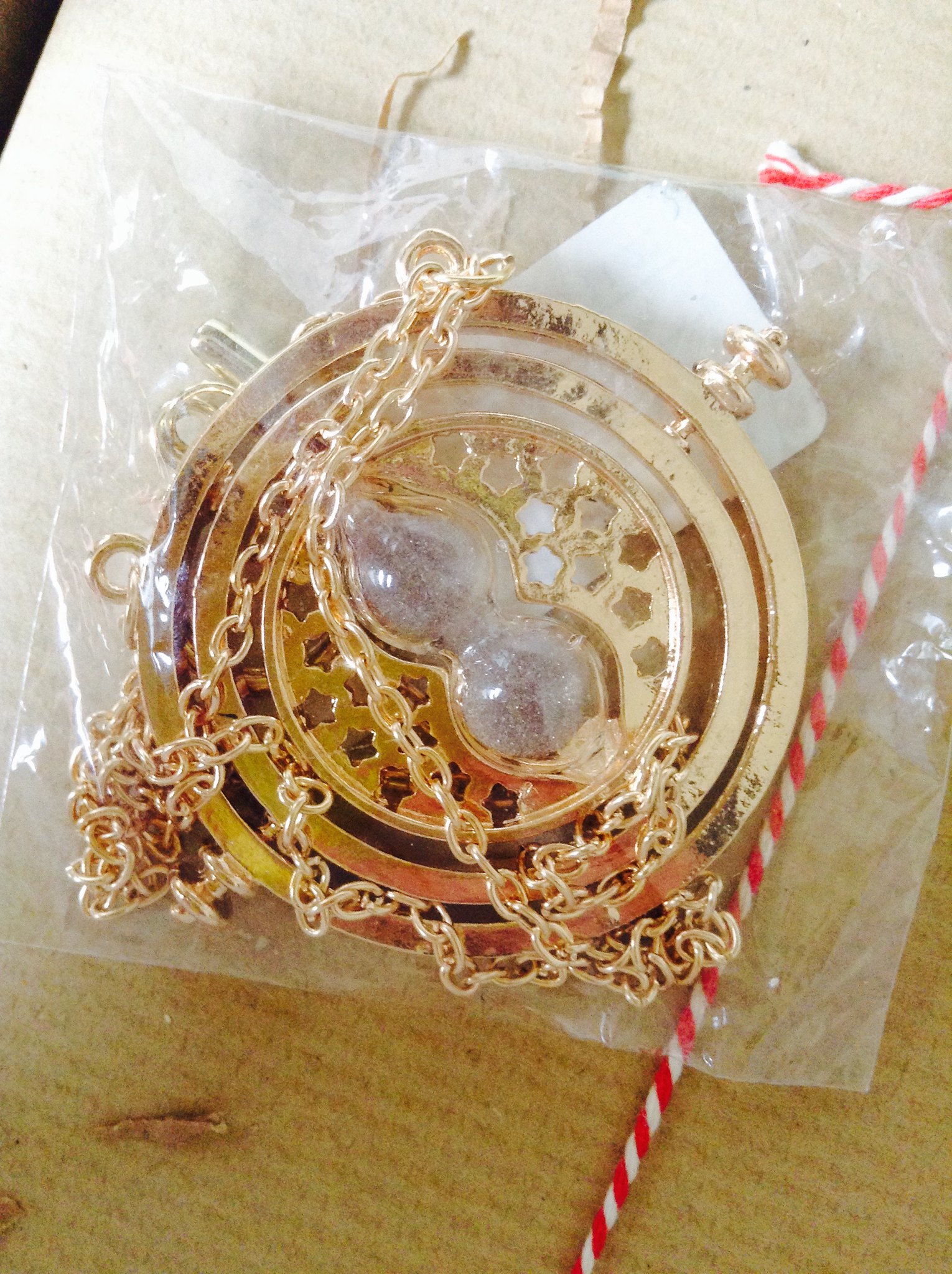 This time turner necklace I pulled out of the first package. Unfortunately I already own this from a another bookbox. Will have to see what I will do with this double one. 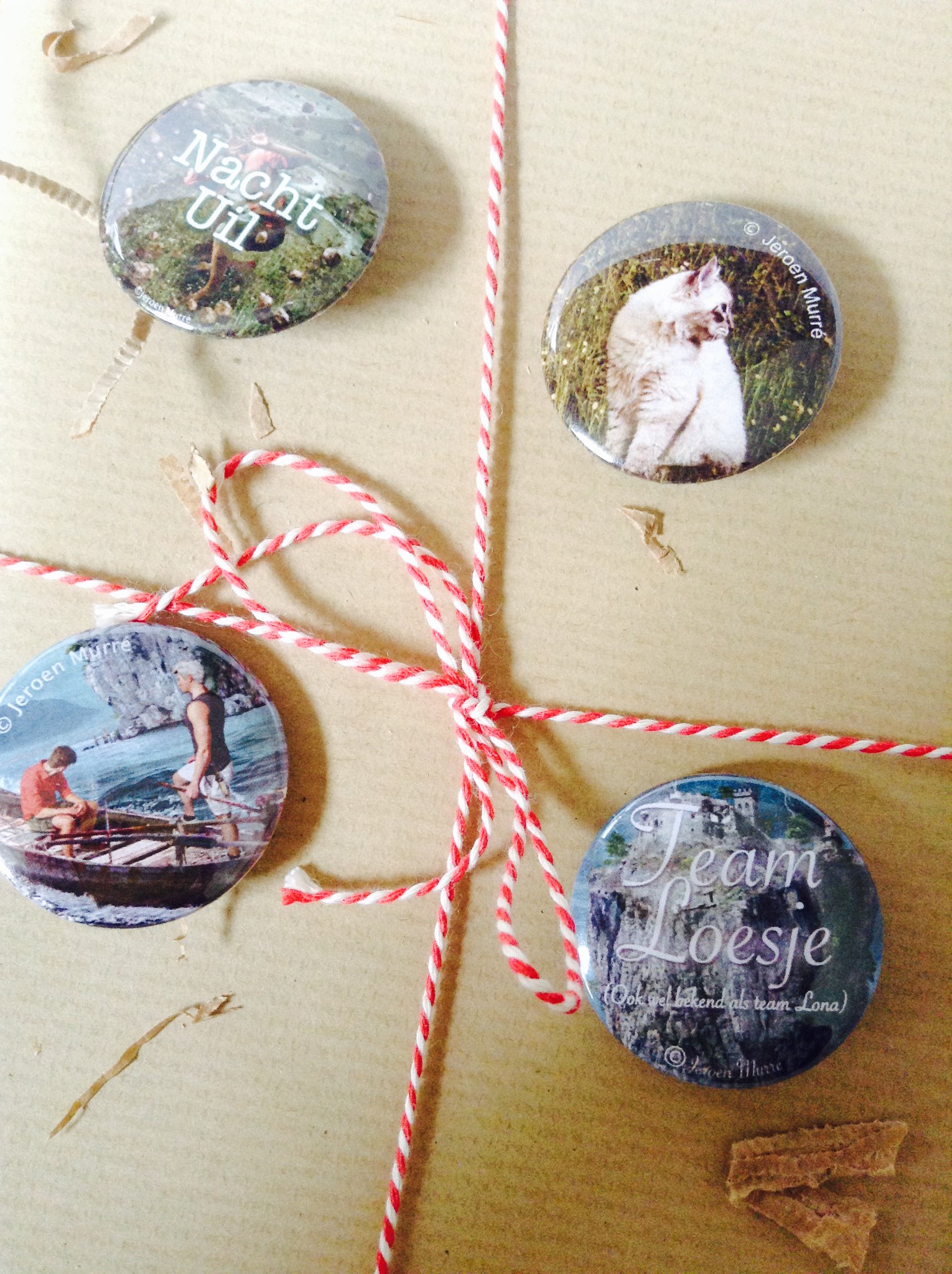 Then I pulled out these buttons and I was sure which books it were going to be. Though if you aren’t Dutch you will probably have no idea, haha. 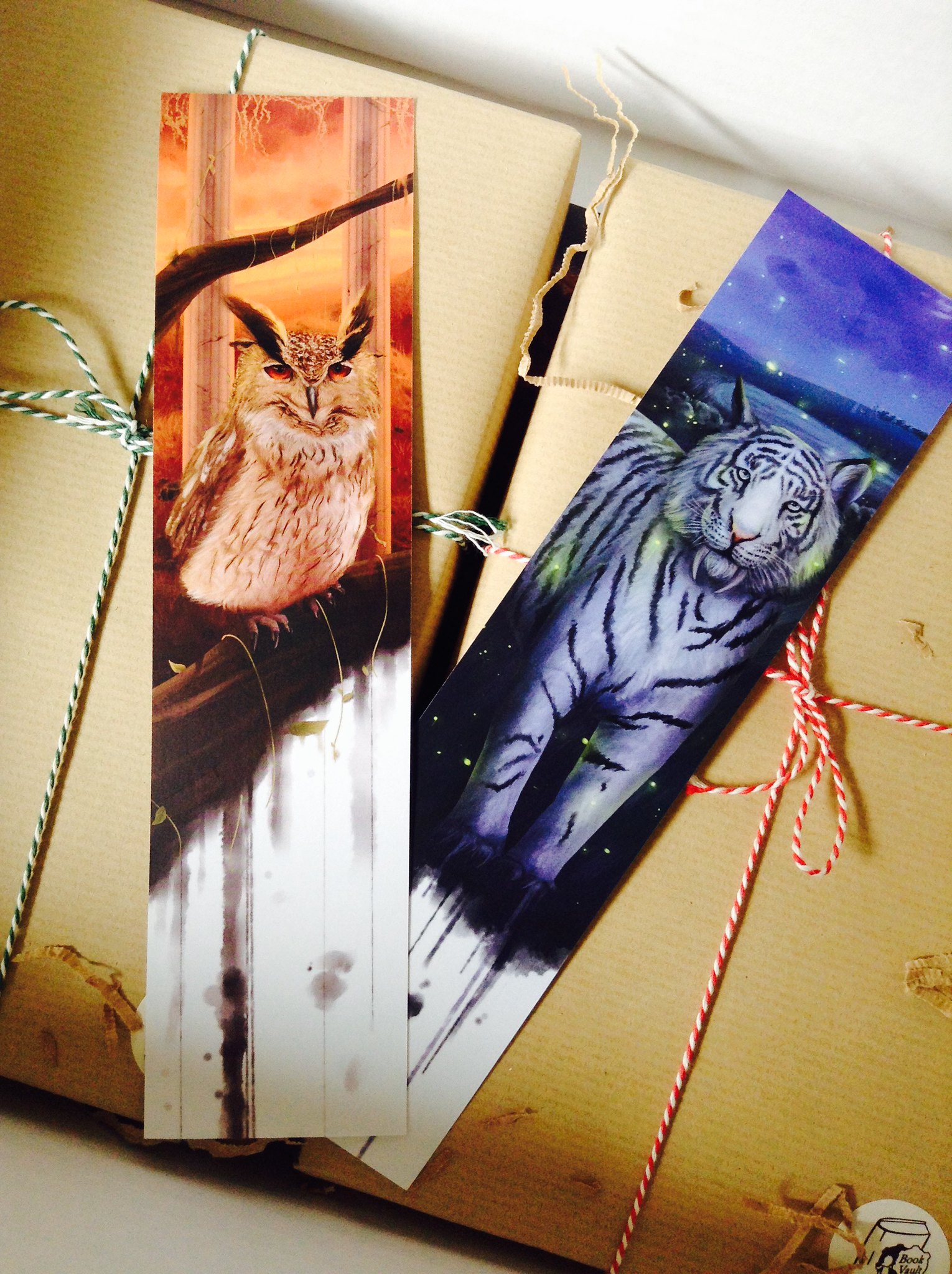 These pretty bookmarks are so very pretty and created by Till and Dill. 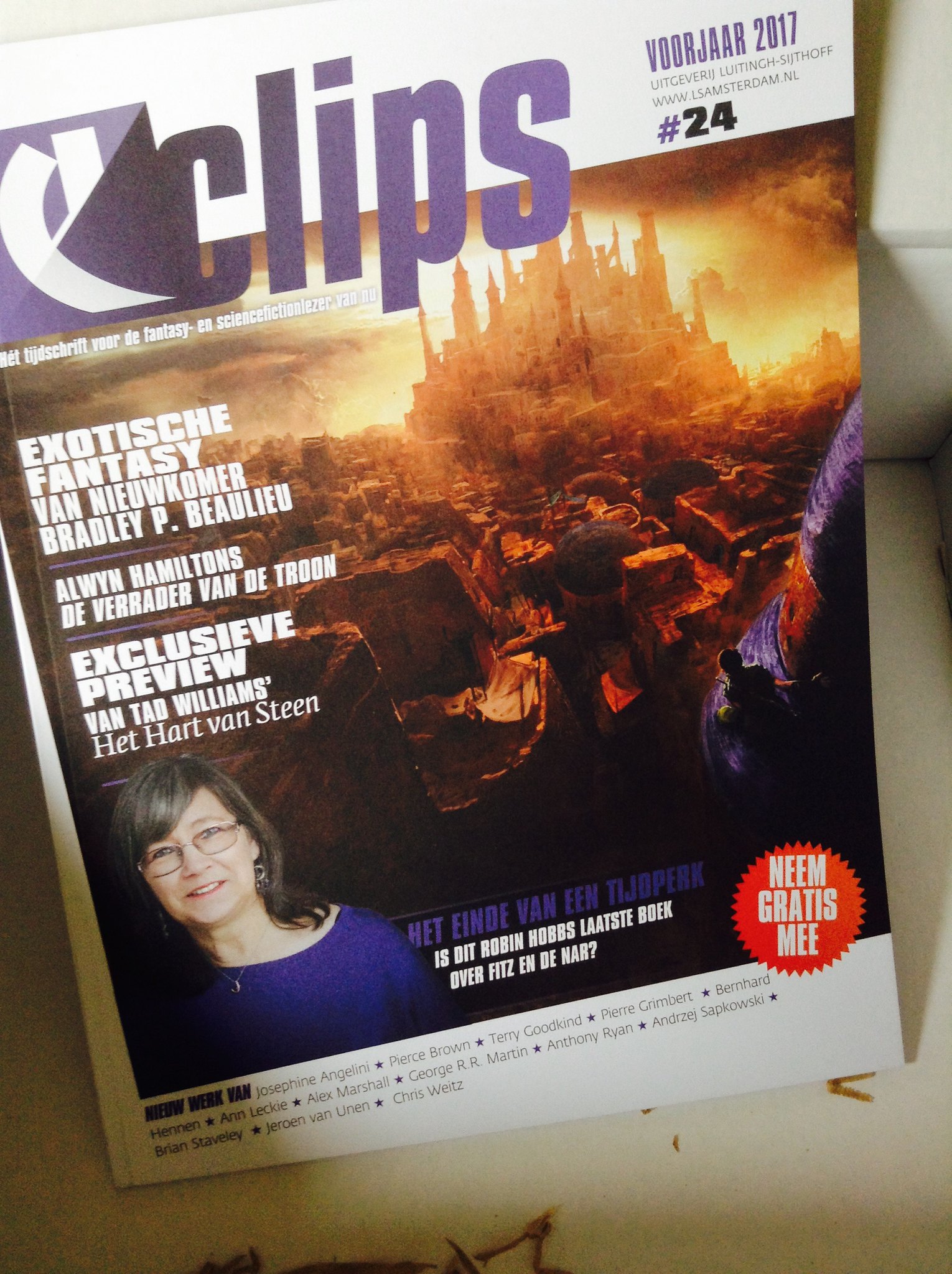 A fantasy magazine by the publisher of the books in this box. 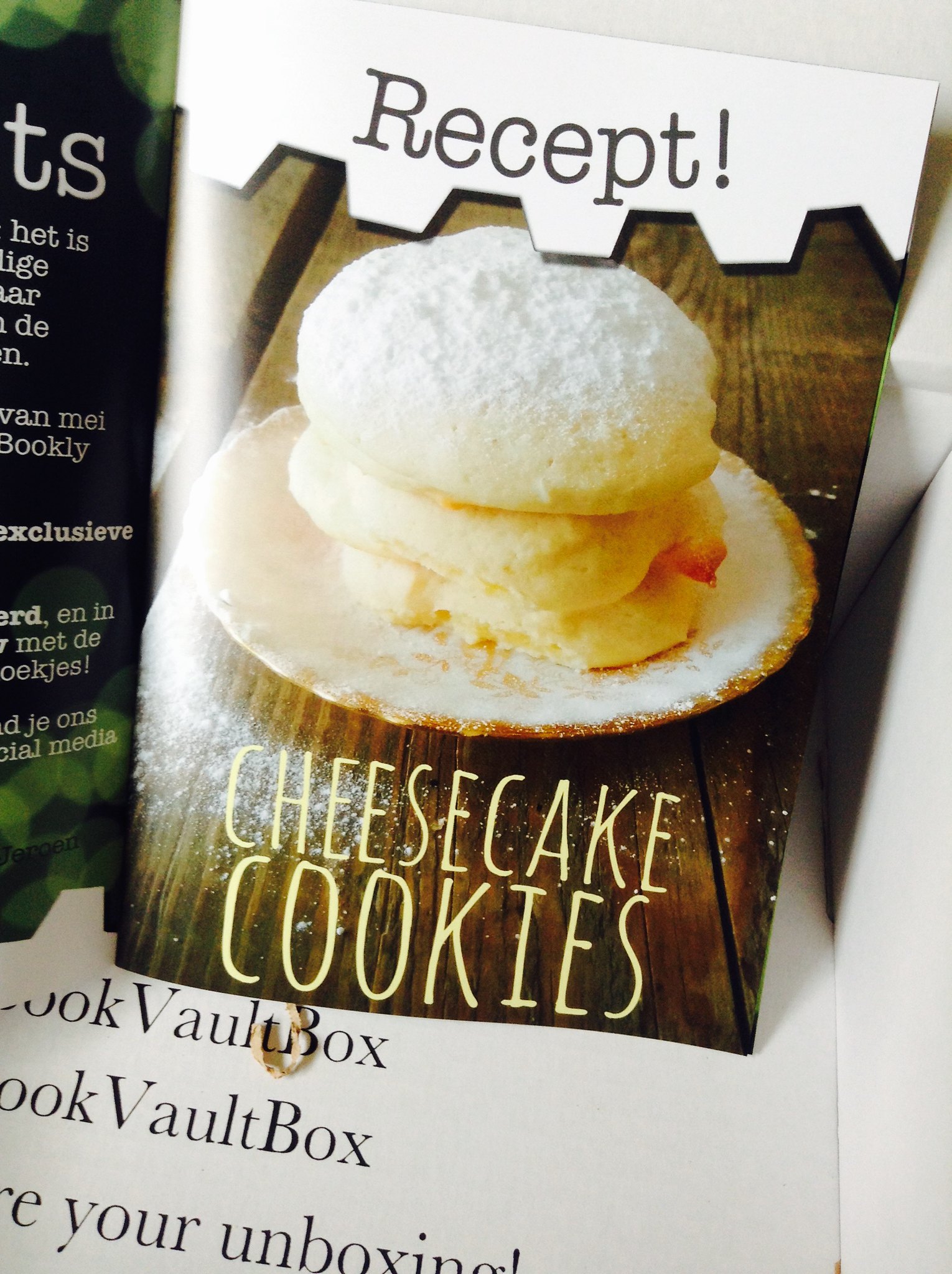 The Vault Secret you saw in a picture above is a small booklet tells us what is inside the box and holds a recipe again. These cheesecake cookies look delicious and I can’t wait to try them out. Also there is a short interview with the author in it. 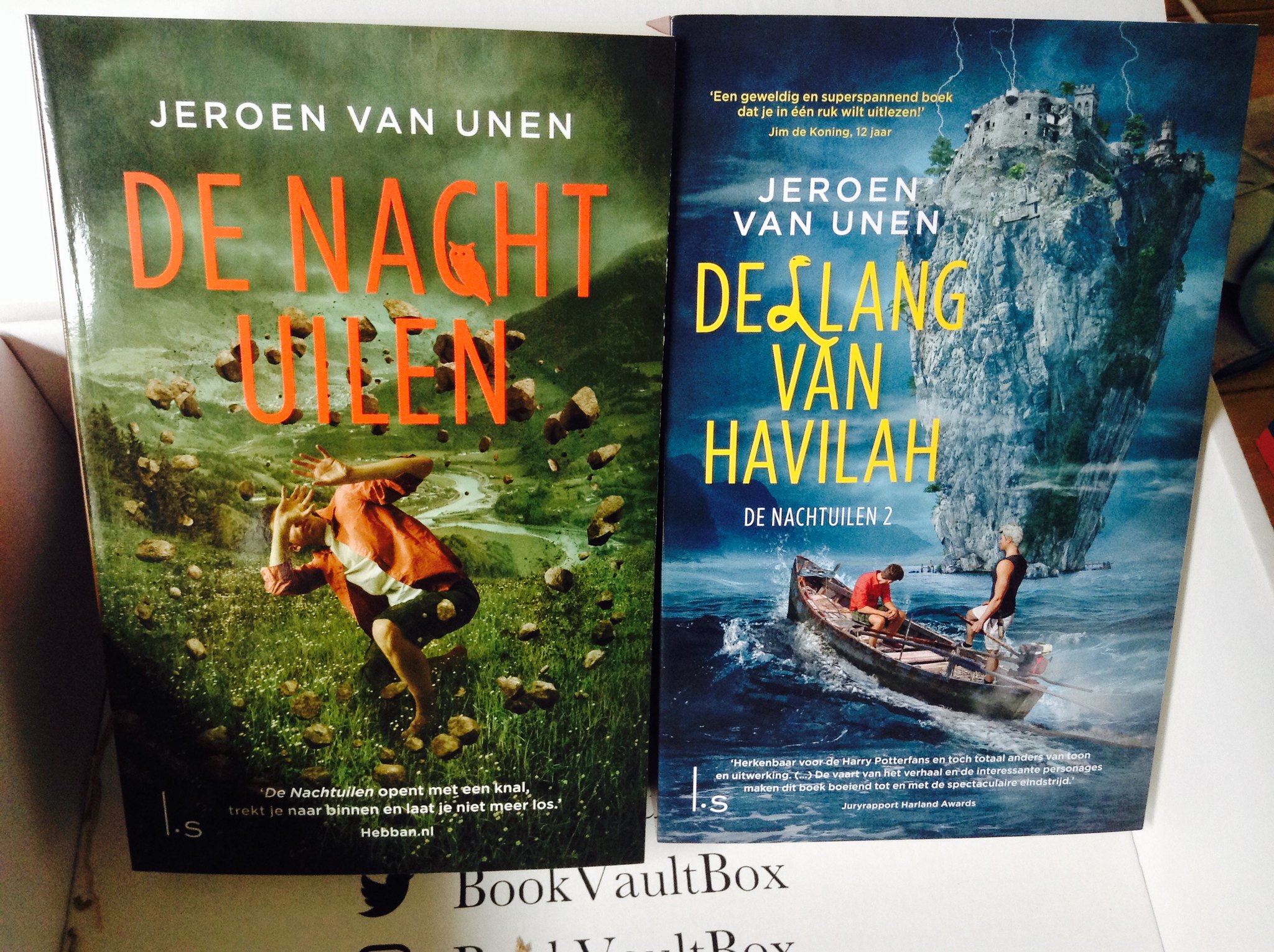 And here are the books. De Nachtuilen and De Slang van Havilah by Jeroen van Unen, book 1 and 2 of De Nachtuilen serie. Jeroen van Unen is a Dutch author who I saw last year at Young Adult Almere which is a funny coincendence. I had been wondering recently with the second book coming out if I should look into getting these.

Overal I am quite happy with this box. I was pleased that it were books I would maybe not have easily picked up on my own. As there are two books in this box I don’t think one can expect too many extra or big goodies. It is about the books the most. 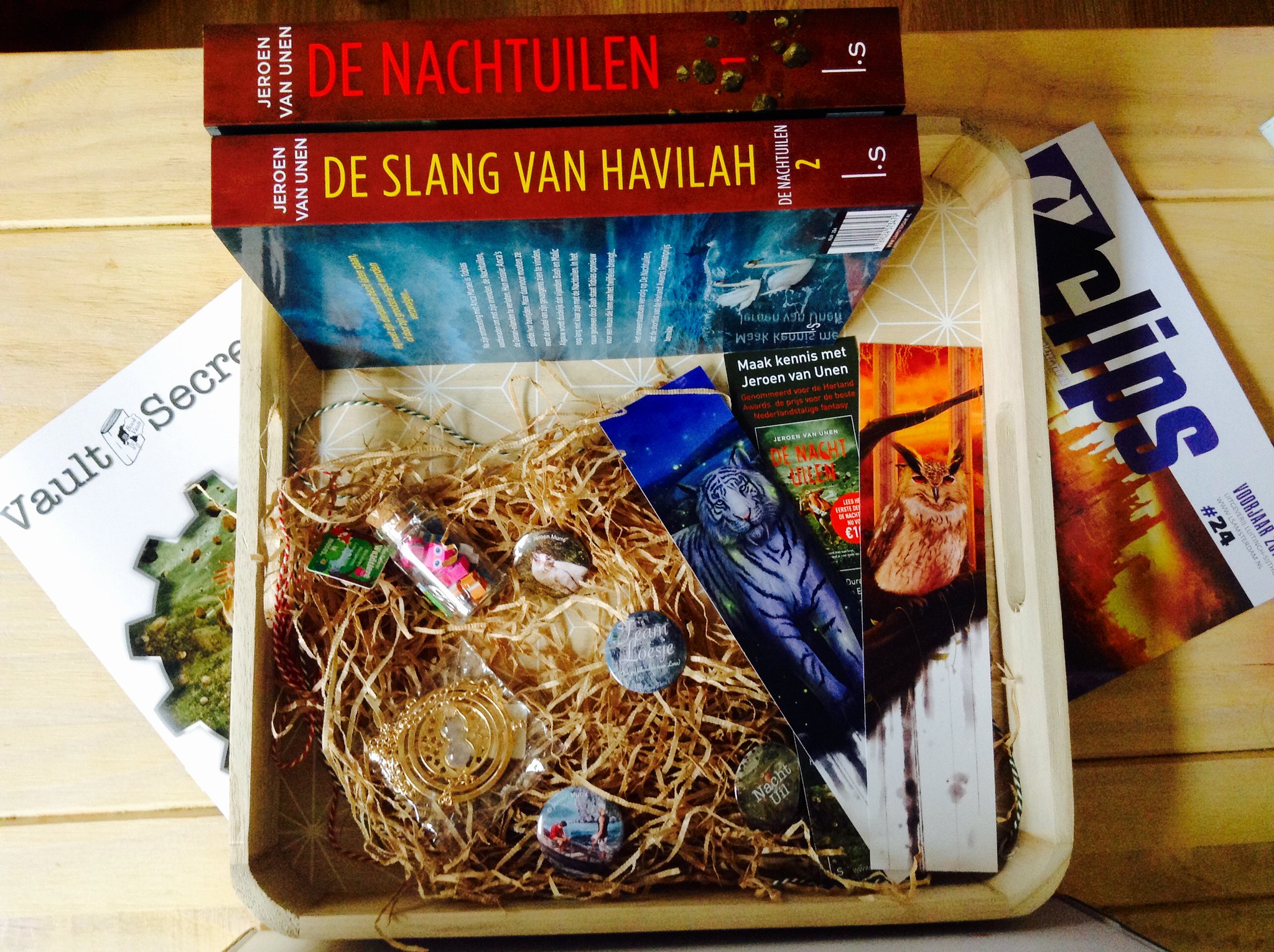 Are you going to look into BookVault as a box to order in the future? What are things you want to see the most in book boxes, besides the obvious book?