Now that we are nearing the end of April it is about time I showed you my second book haul of the year. It’s not so bad. I mean I bought so many books in one month last year so really, I am making progress. Sort of. Maybe. A little.

Hey! At least I got some ebooks this time. I’m trying to read more ebooks. I am! 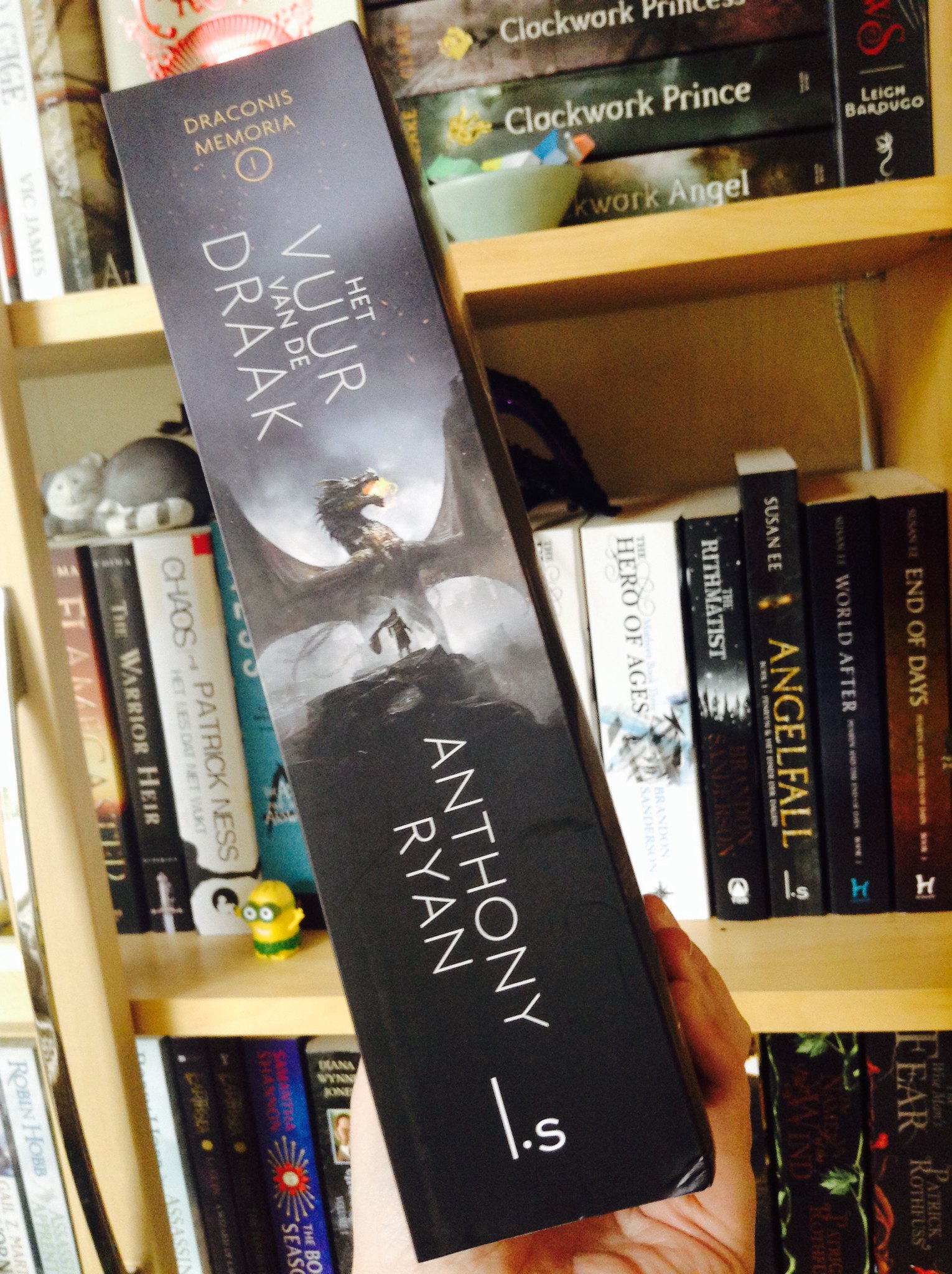 ★ The Waking Fire (The Draconis Memoria 1) by Anthony Ryan I was in the book store with my husband and I was staring at this so he was like; ‘Do you want it?’  And I was like; ‘Yes but it is expensive.’ And then he got it for me. It was expensive though as this is the Dutch edition and the bloody paperback was 25 Euro! That is Dutch translated adult fantasy for you… 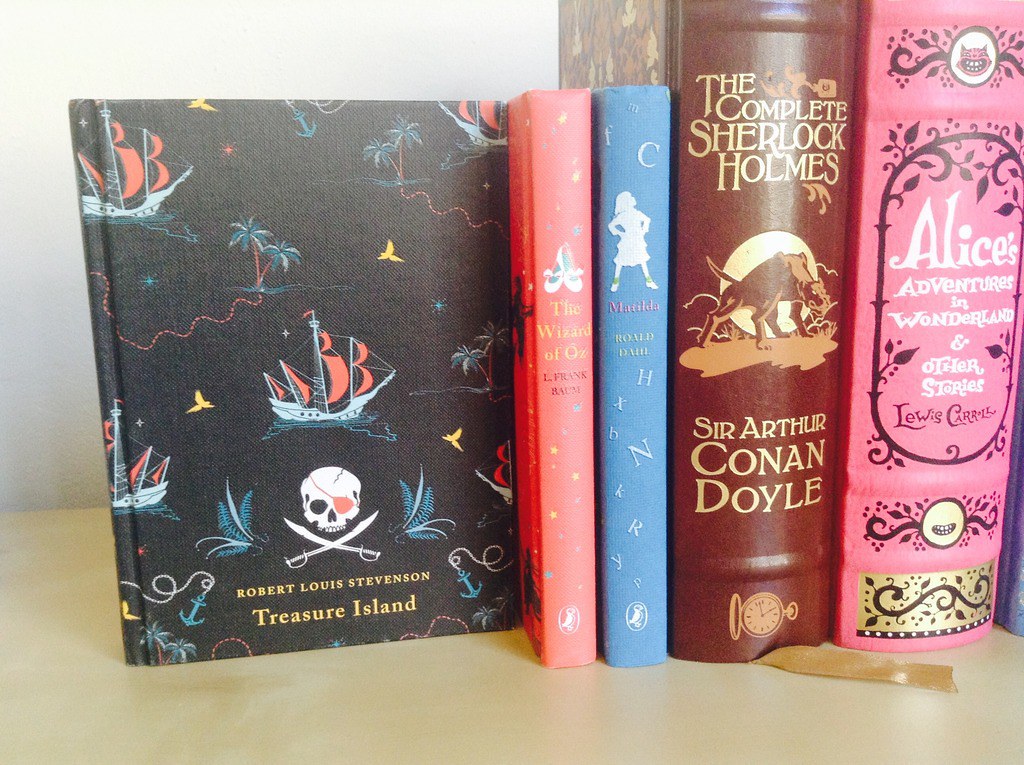 ★ Treasure Island by Rober Luis Stevenson
I love these Puffin editions as I have two others and when I saw this cheapish I could not resist. 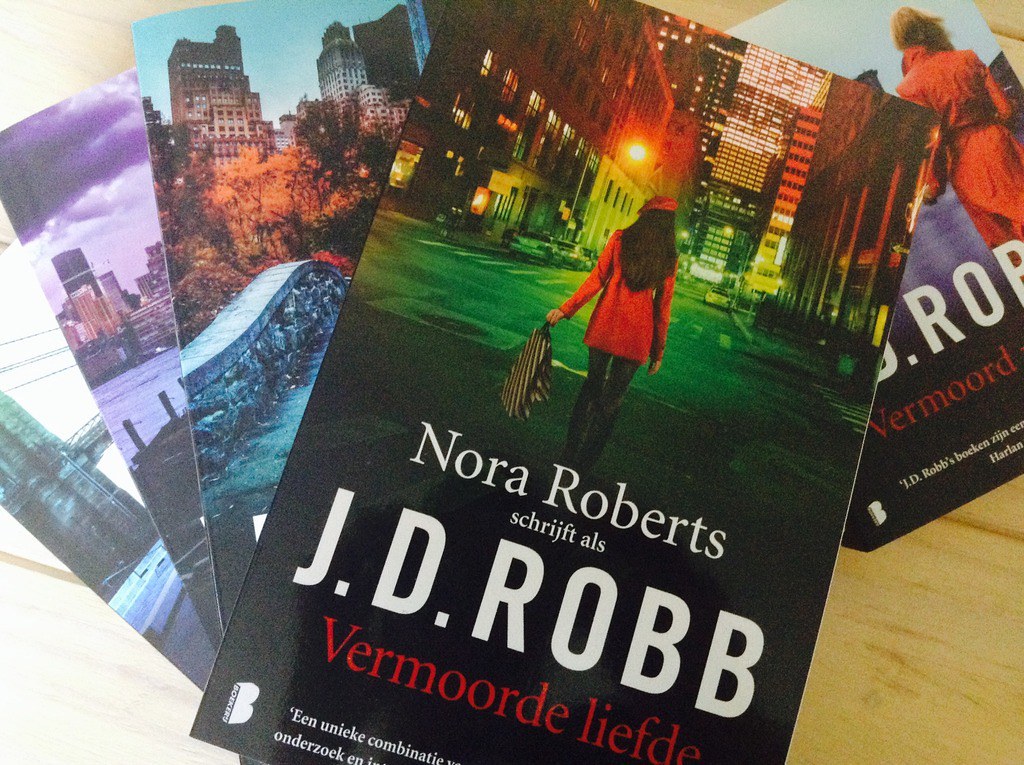 ★ Holiday in Death (In Death 7) by J.D. Robb Still slowly collecting these in Dutch as cheap as I can find them. 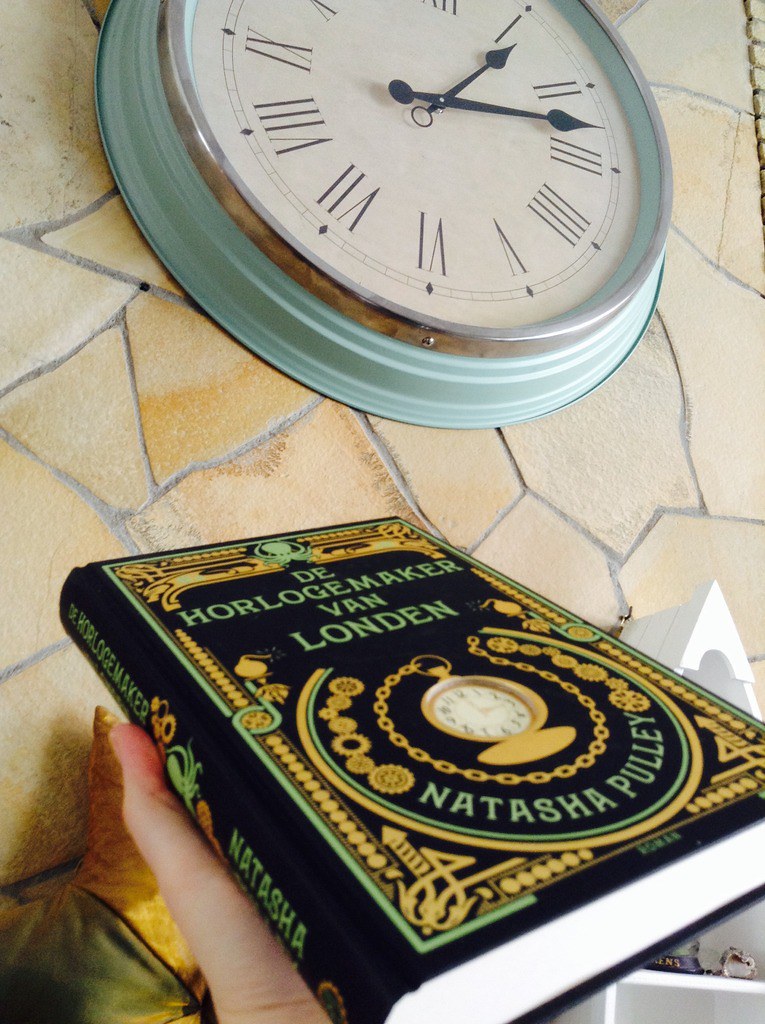 ★ The Watchmaker of Filligree Street by Natasha Pulley
I’ve been hearing such good things about this book from Dutch bloggers that I picked this when I could pick out a book as offered by my husband when we visited Westerhof Stadshagen in Zwolle where friends work. ❤
★ Makkelijk Leven by Herman Koch *
This years Dutch book week gift. I did not enjoy it at all though, too bad. 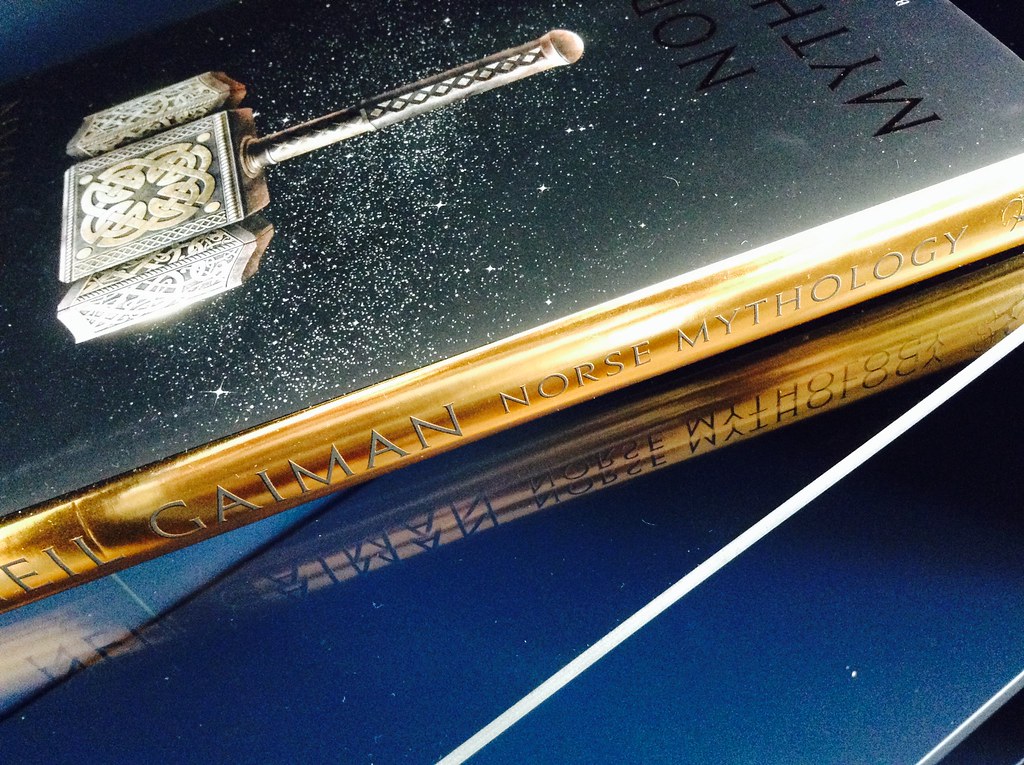 ★ Norse Mythology by Neil Gaiman I was going to get the paperback some time this year of this because the hardcover was around 25 Euro. But then it was marked down online and I had to order it. I know. Shh. But it is pretty. 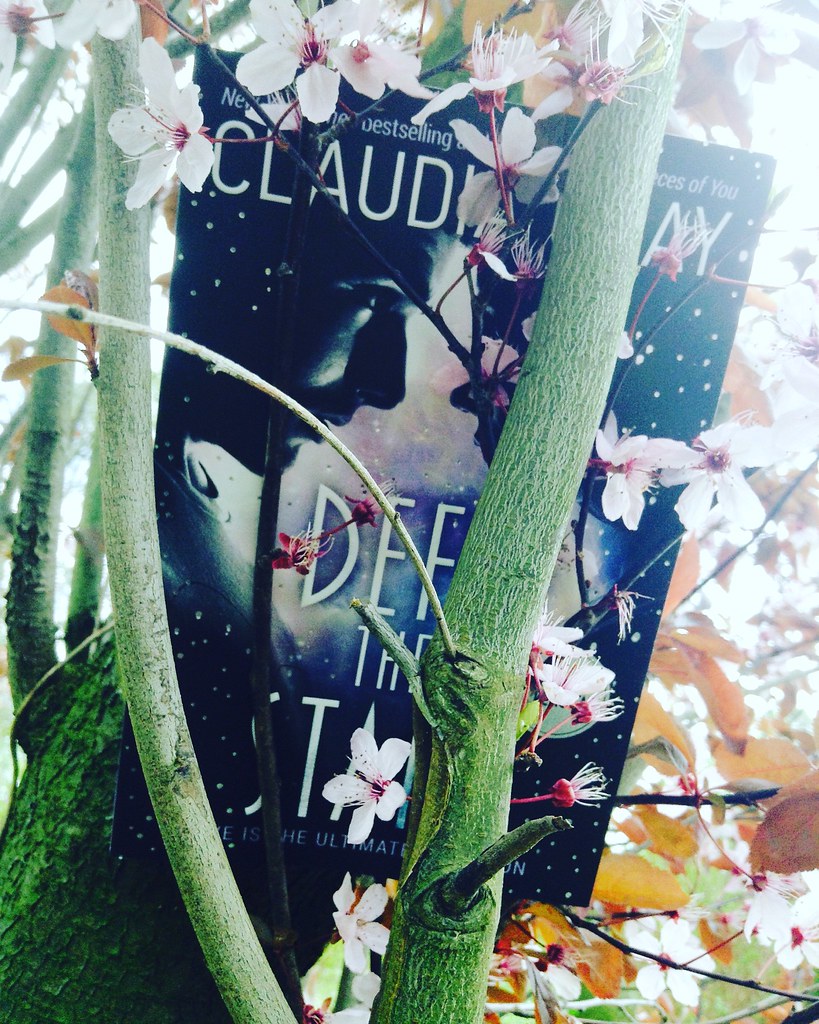 ★ Defy the Stars (Defy the Stars 1) by Claudia Gray
I was not going to get this at all but it was in the book store and my mom offered to get it for me… I swear, this whole monthly book budget is not going my way, haha.

★ The Upside of Unrequited by Becky Albertalli * I had this on pre order. I know, me, have a contemporary on pre order!

★ Shadowcaster (Shattered Realms 2) by Cinda Williams Chima
This is not the cover I pre ordered. But they changed the covers last year all of a sudden and now they look like TOG rejects. I swear, if you have such pretty covers why change them to these butt ugly ones??? WHY?

★ Bloodfever (Fever 2) by Karen Marie Moning *
Finally bought the next book in this series
★ Stalking Jack the Ripper (Stalking Jack the Ripper 1) by Keri  Maniscalco *
I went back and forth on my interest in this book as it is not a fantasy. But we are reading it as the thriller book of the month for April in Books Ever After (as you know by now the Dutch goodreads group I am active at) and I figured I should give it a shot for the price the ebook was at.
★ Every Heart a Doorway (Wayward Children 1) by Seanan McGuire *
Oh my gosh, I was so excited to see that Tor was offering this book up for free for two days if you signed up for their newsletter. I had this on my wishlist for a while but I know it isn’t the longest book so I was waiting on the paperback potentially or maybe an ebook deal, but now I didn’t have to.

★  The Reborn King (Dragon’s Blade 1) by Michael R. Miller *
★ Veiled Intentions (Dragon’s Blade 2)  by Michael R. Miller *
I received these copies from the author for review.
★ Heartsnare by Steven B. Williams *
This synopsis and cover drew my attention on Netgalley. As you all know I request very little on there.
★ Fire (The Ninth Circle 1) by C.A. Harland
Ah Netgalley. I saw this on the fantasy read now section. It sounds like Supernatural except with a female duo. I needed it. It doesn’t come out until October though so I have got all the time in the world to read this. I like low pressure. But I have high hopes.
★ At Fire’s End (Champions 1) by Charlotte Jain
I received a copy from the author for review.

On a complete whim I went to the Boekenfestijn in Leeuwarden in March. I know. Clearly I didn’t need more books. But somehow I did. I was actually kind of dissapointed by the English books there this time. But at least I scored two harry potter mugs so all is well in the world. 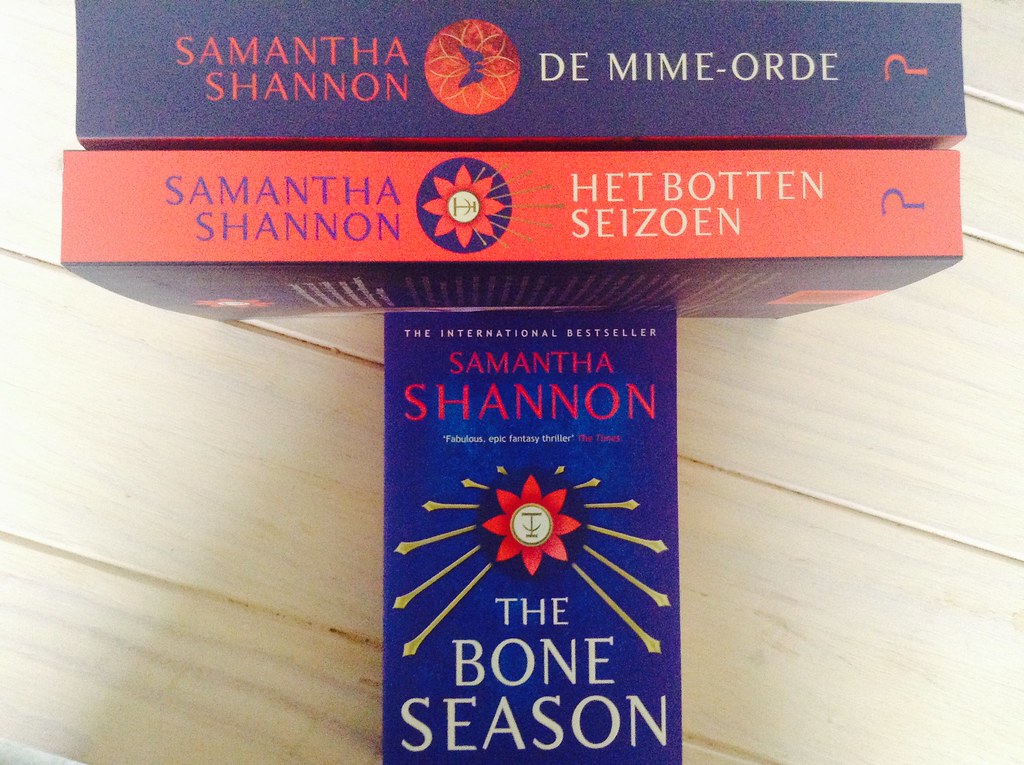 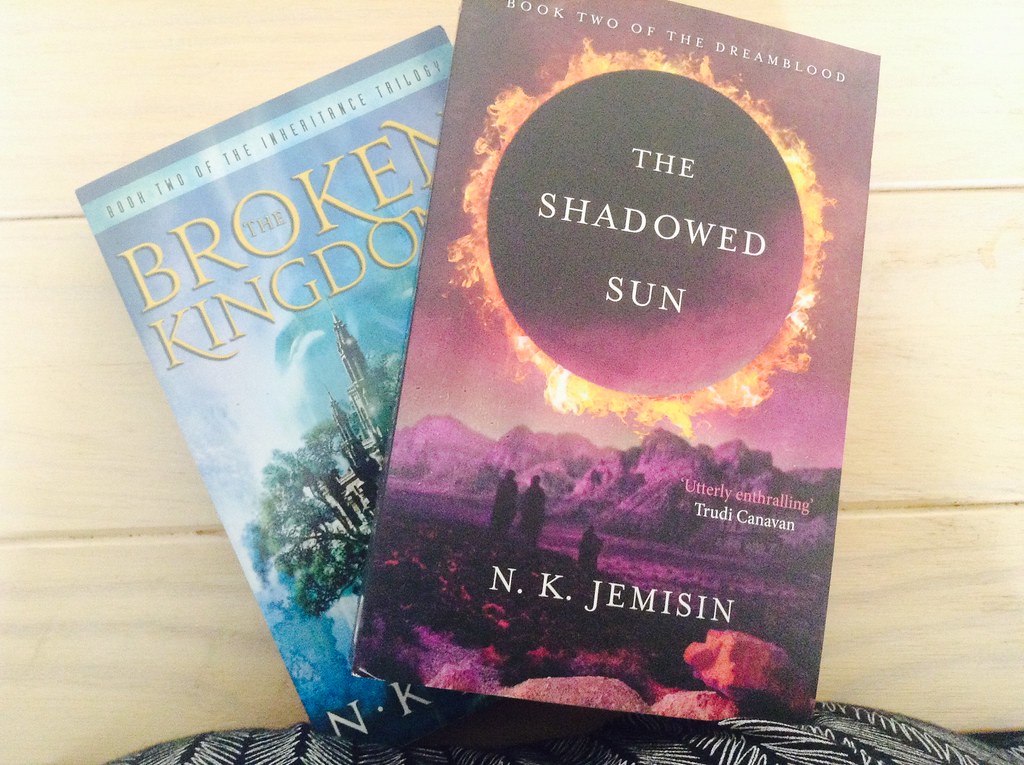 ★ The Shadowed Sun (Dreamblood 2) by N.K. Jemisin
★ The Broken Kingdom (Inheritance 2) by N.K. Jemisin
I don’t actually own the first books of these series but I saw them for 4 euro a piece and as I would like to read books by this author I figured it would be good to grab them along. I do have the first book of another series by her but I think it might be better to start one of these first.