It is a proud moment when there is a month where I did not buy more than three books. And those were with my birthday money in actual October. Of course the rest were pre orders and ordered before October and birthday gifts. But let’s forget about that and savour this moment. 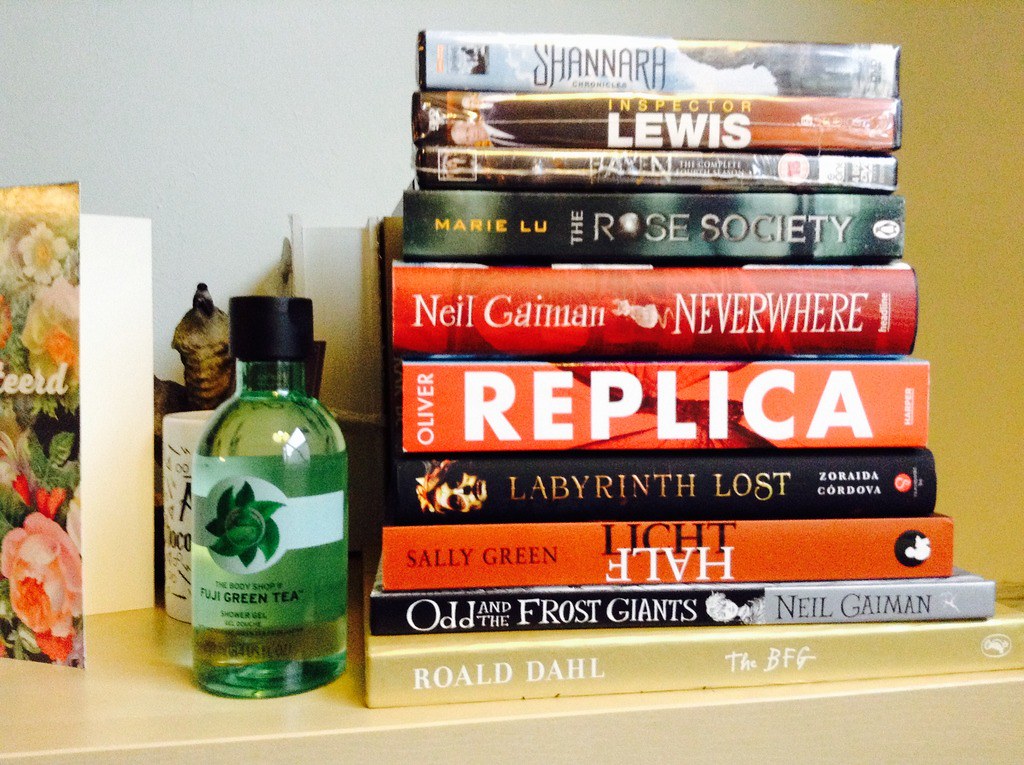 On my birthday I posted a wishlist of items I had asked my husband to pick a few gifts from. So very interesting always to see what he picked. And highly annying to have to take the packages at the door, knowing in it are your birthday gifts. Obviously I got some books. But let’s start with a few things that aren’t books, but have to do with books anyway. 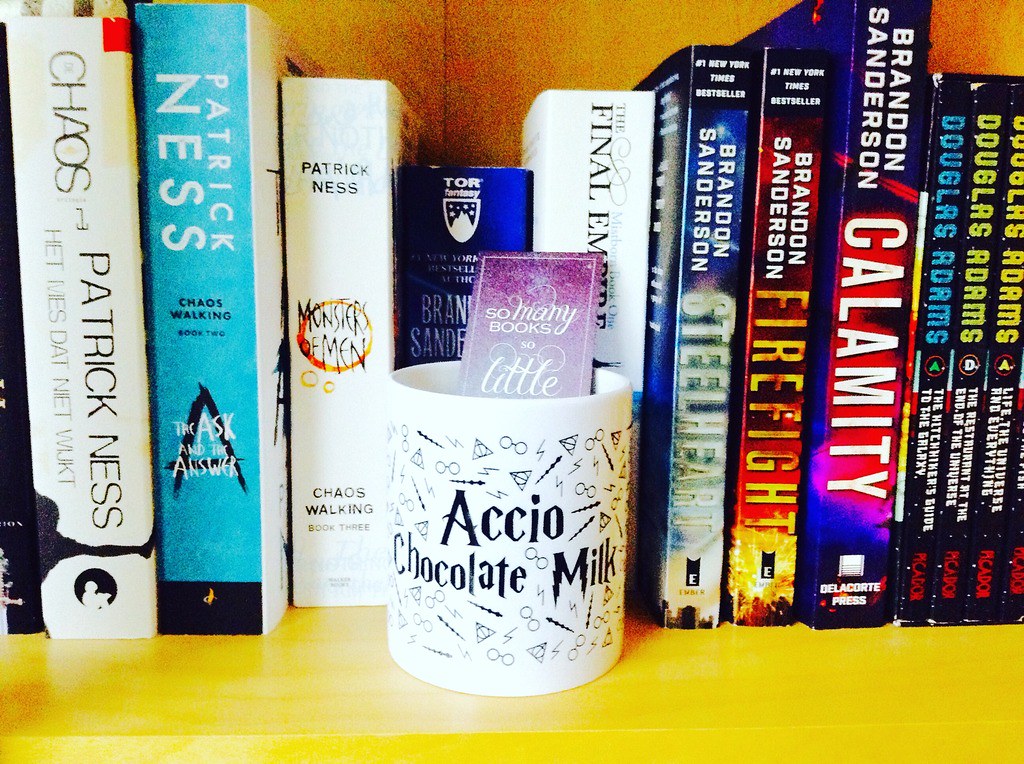 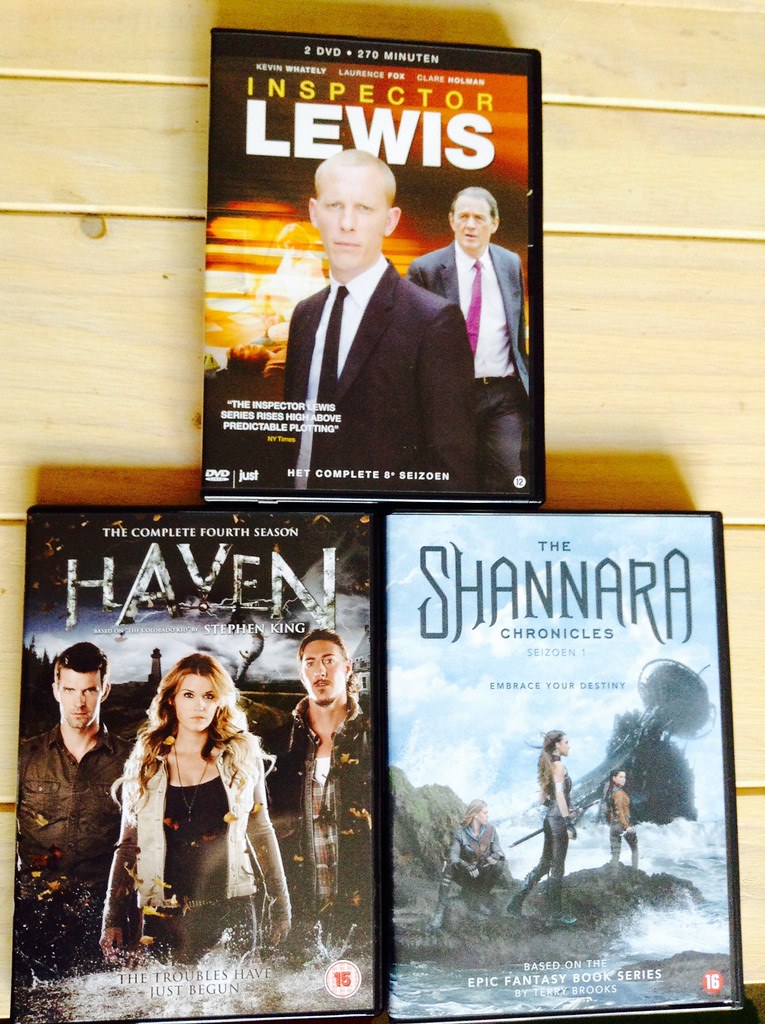 There are three books below that weren’t on my list. But we went to a few book stores and I had wanted to buy these three myself. My husband ended up buying them for me and had them wrapped. So mean to know they are laying around wrapped in the house. 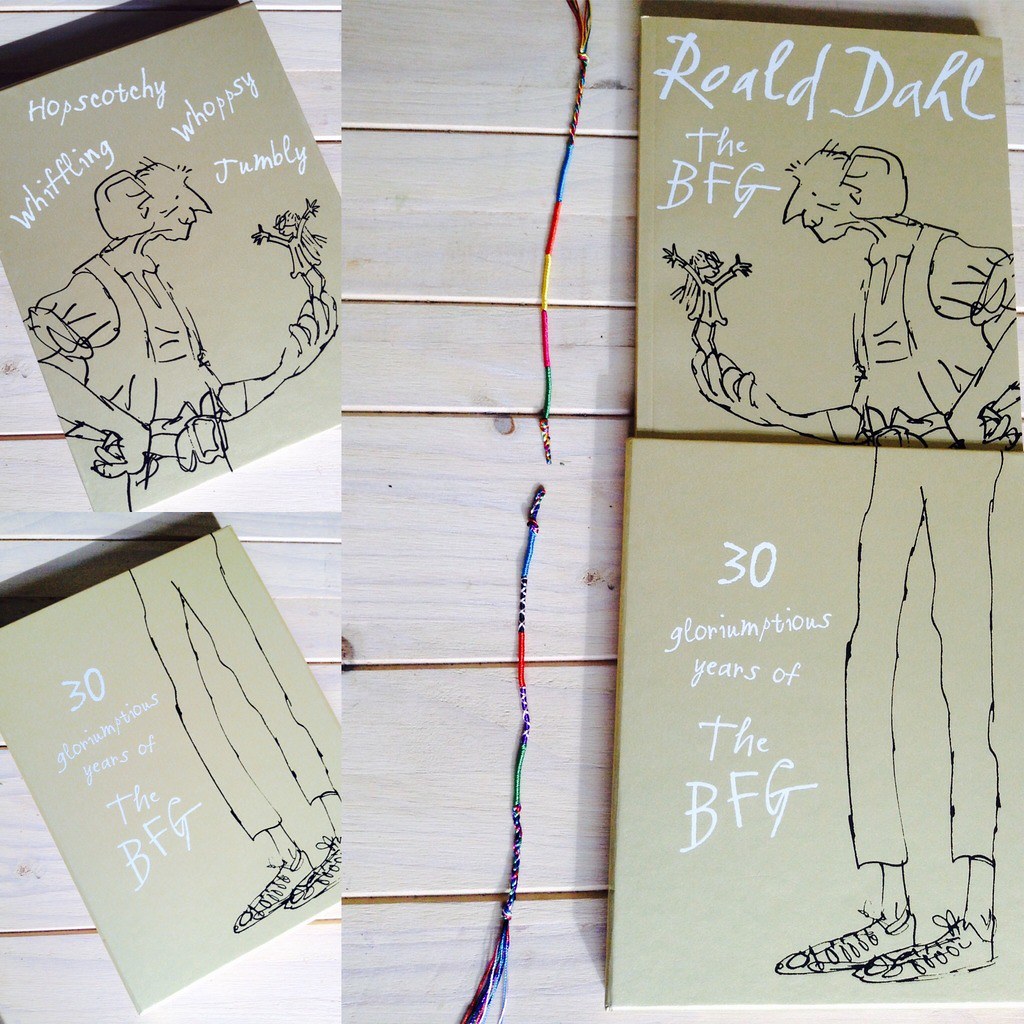 ★ 30th anniversary edition of The BFG by Roald Dahl *
Have you seen this edition, because it is so pretty! *.* It is a paperback in a slipcase, and I am in love with it. The text inside is in a similar color to the slipcase. I can’t believe I got this. ❤ 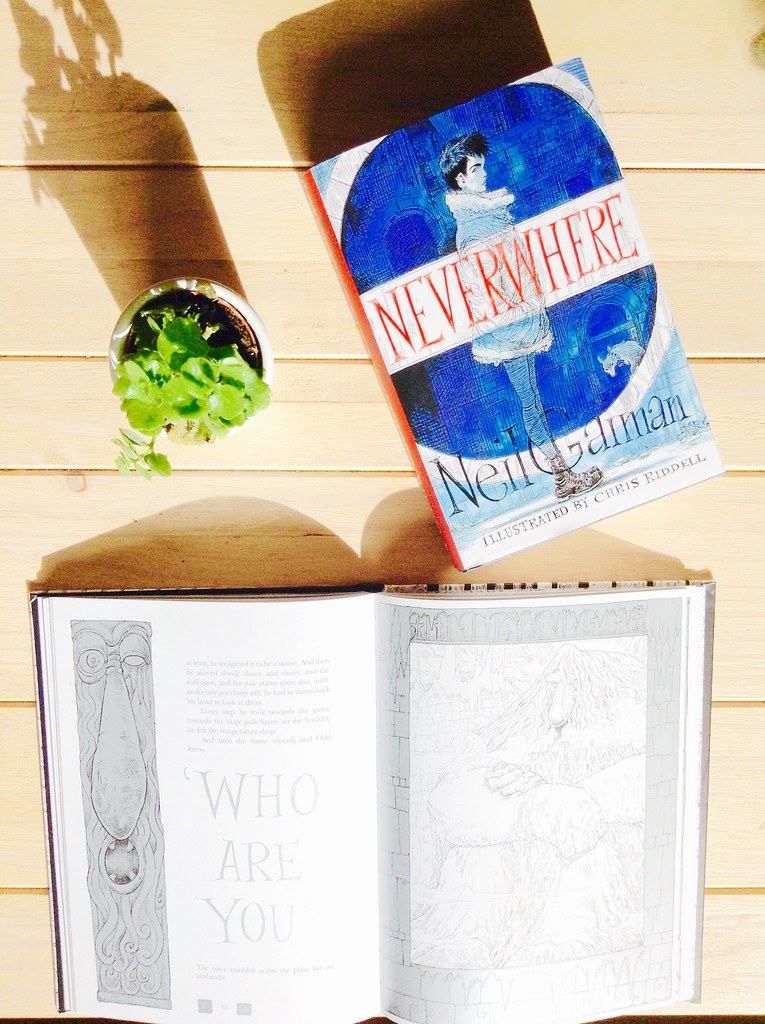 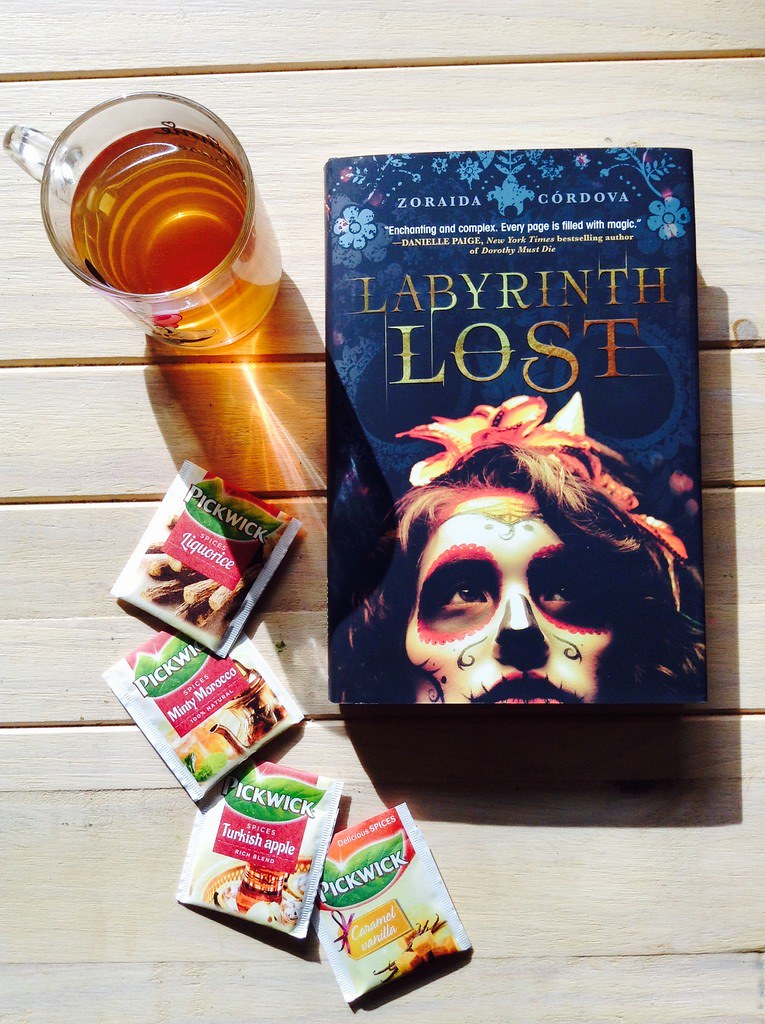 ★ Labyrinth Lost (Brooklyn Brujas 1) by  Zoraida Cordova
I have been seeing this around a lot since it came out and have become extremely curious about it. So glad I got it. 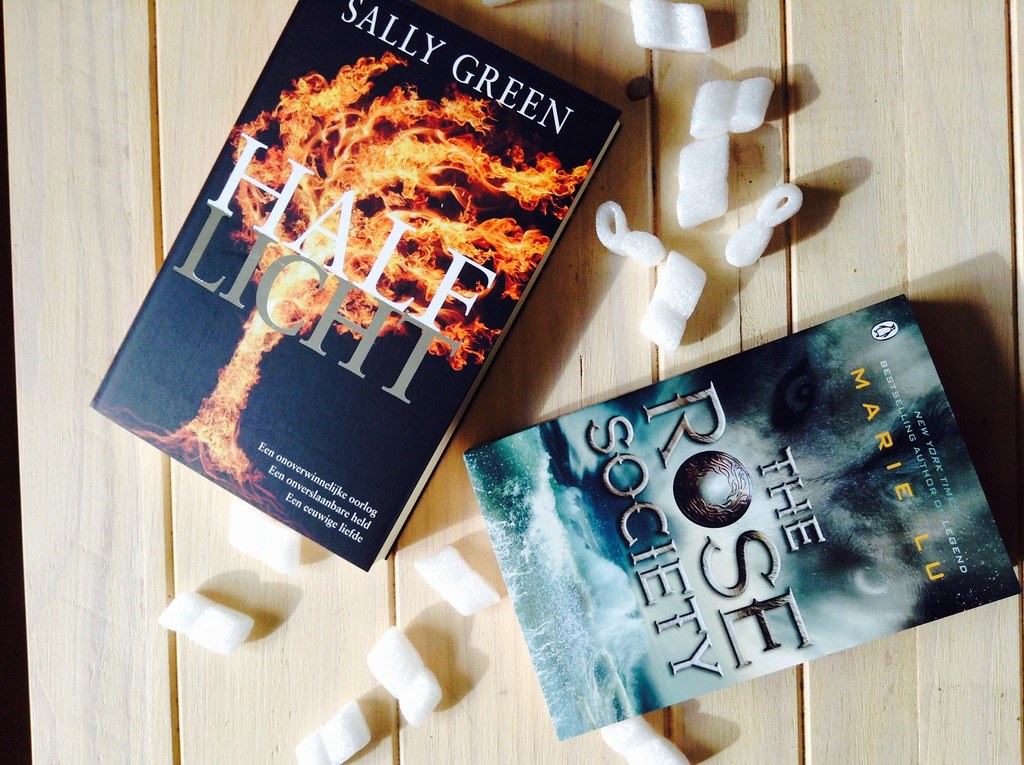 ★ Half Lost (Half Bad 3) by Sally Green
I have yet to read the first book but now I can binge read.

★ The Rose Society (The Young Elites 2) by Marie Lu
Another book I have to read the first book of but with the last one having come out this month I can binge read this trilogy at some point. 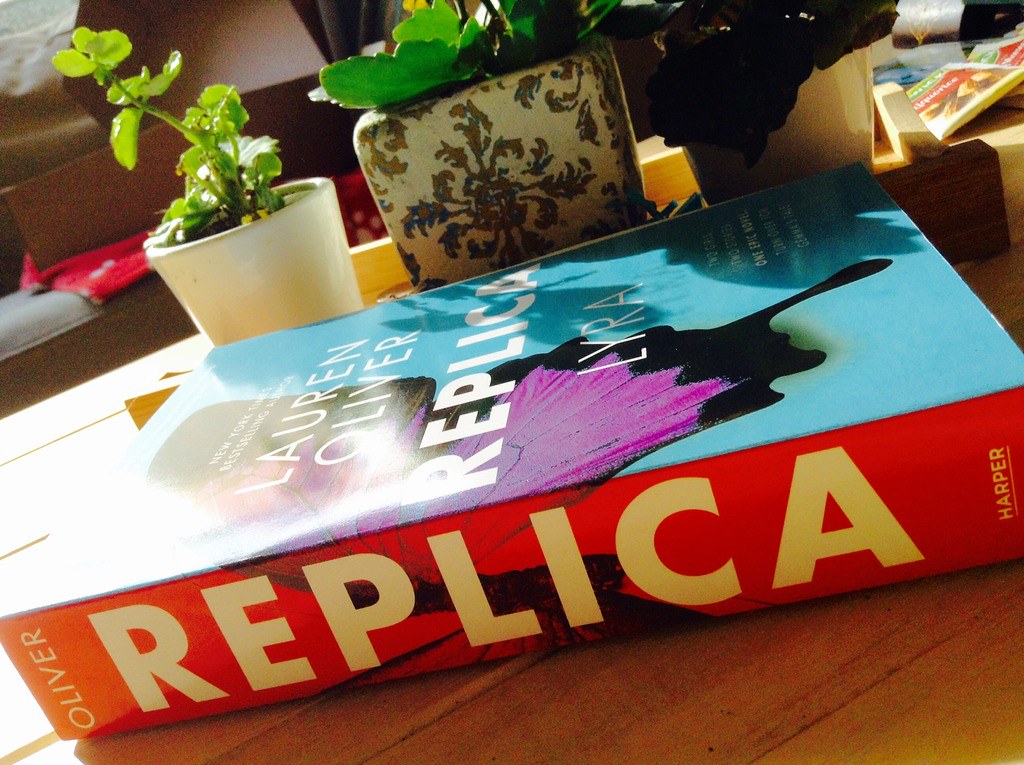 ★ Replica by Lauren Oliver
So initially I wasn’t too sure about this one but the more I have seen it the more interested in it I have gotten with the two stories. I have yet to decide how I’ll read it though.

There is more? Well sort of. I got some birthday money from my mom and Maarten also gifted me more books when we went to Zwolle. 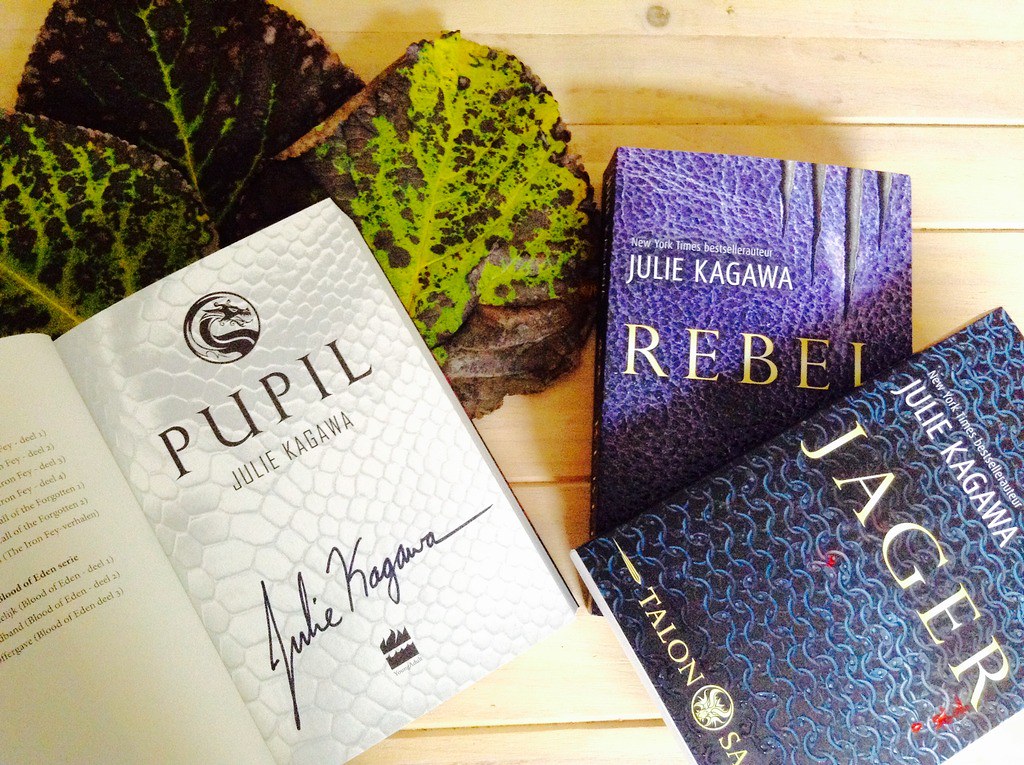 ★ Talon (Talon 1) by Julie Kagawa
★ Rogue (Talon 2) by Julie Kagawa
★ Soldier (Talon 3) by Julie Kagawa
Even though I am not the biggest Iron Fey fan, I was really bummed out that I had forgotten about Julie Kagawa coming to sign books in a book store in Zwolle in September. I was mostly bummed because it was something fun and I still felt like crap. I guess thing were still more hectic then with Merijn. So when we went to Zwolle when my parents visited and I saw that these were signed, my mom got me the first one, and I bought the other two with my birthday money. 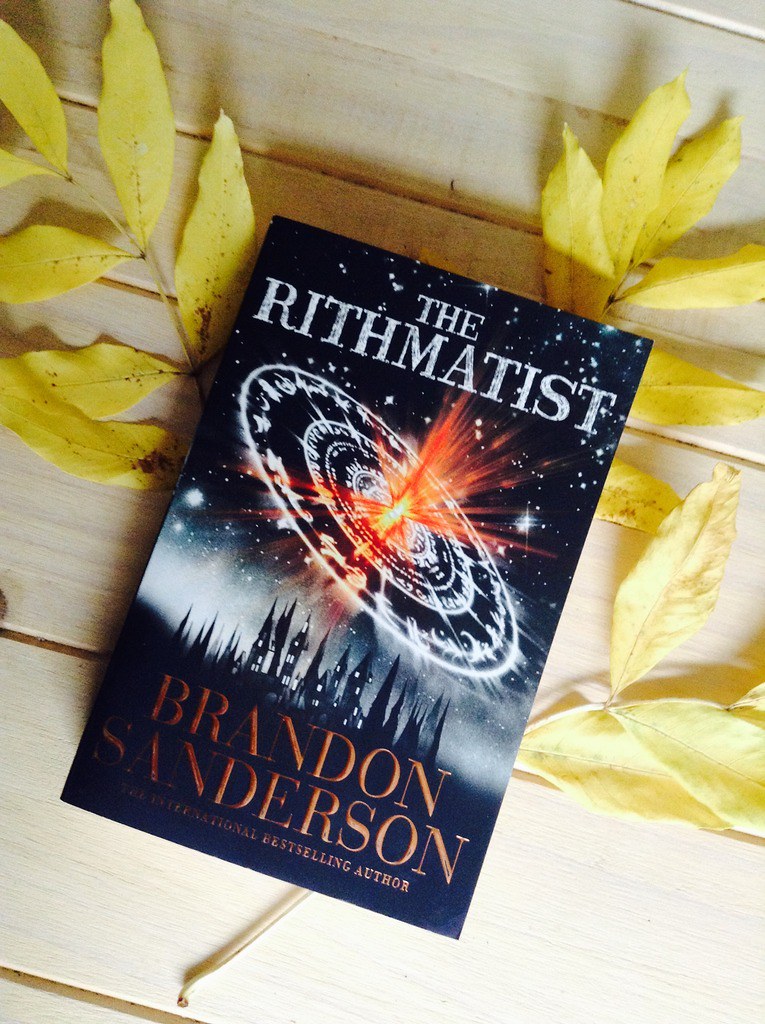 ★ The Rithmatist (The Rithmatist 1) by Brandon Sanderson
With The Reckoners I haven’t been too impressed but I still want his books? I just keep hearing so many good things and it has been said The Reckoners has a different writing style from his high fantasy work  and such so we’ll see.

★ The Ocean at the End of the Lane by Neil Gaiman *
I have been eyeing this pretty Dutch hardcover for a while as the price was so low and I love the book more as time passes. 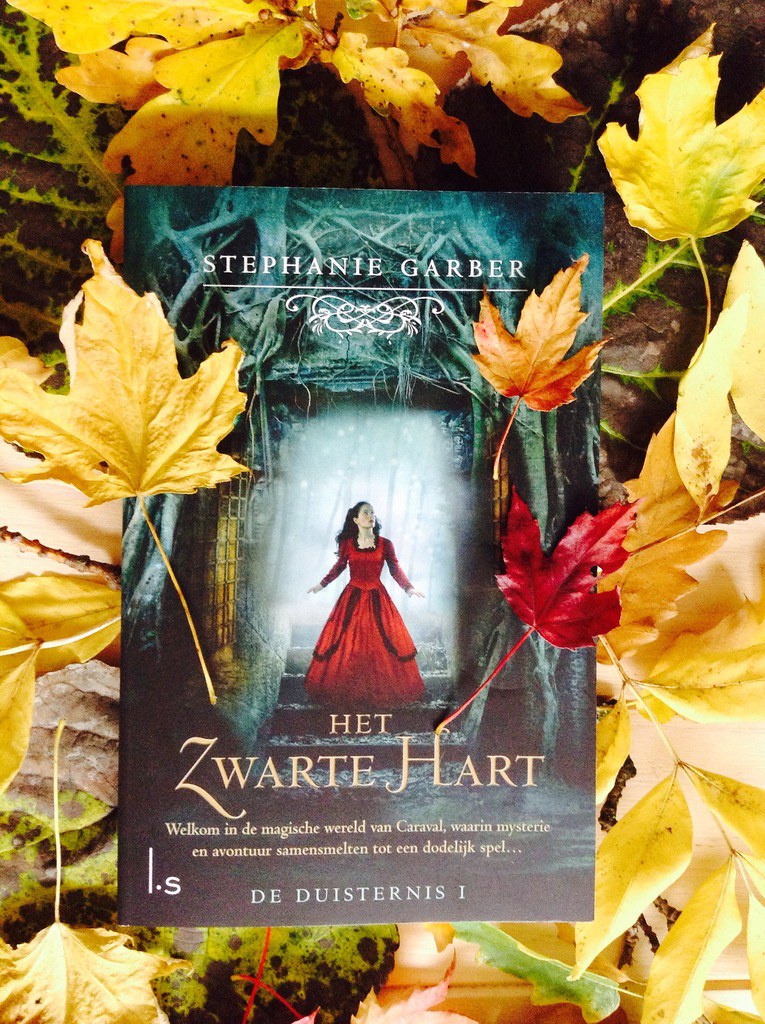 ★ Caraval (Caraval 1) by Stephanie Garber
Caraval? Yes Caraval. This Dutch edition was released ahead of the English/international edition. I KNOW. Initially I was going to wait for the January release but I have no patience. I want to read it now. 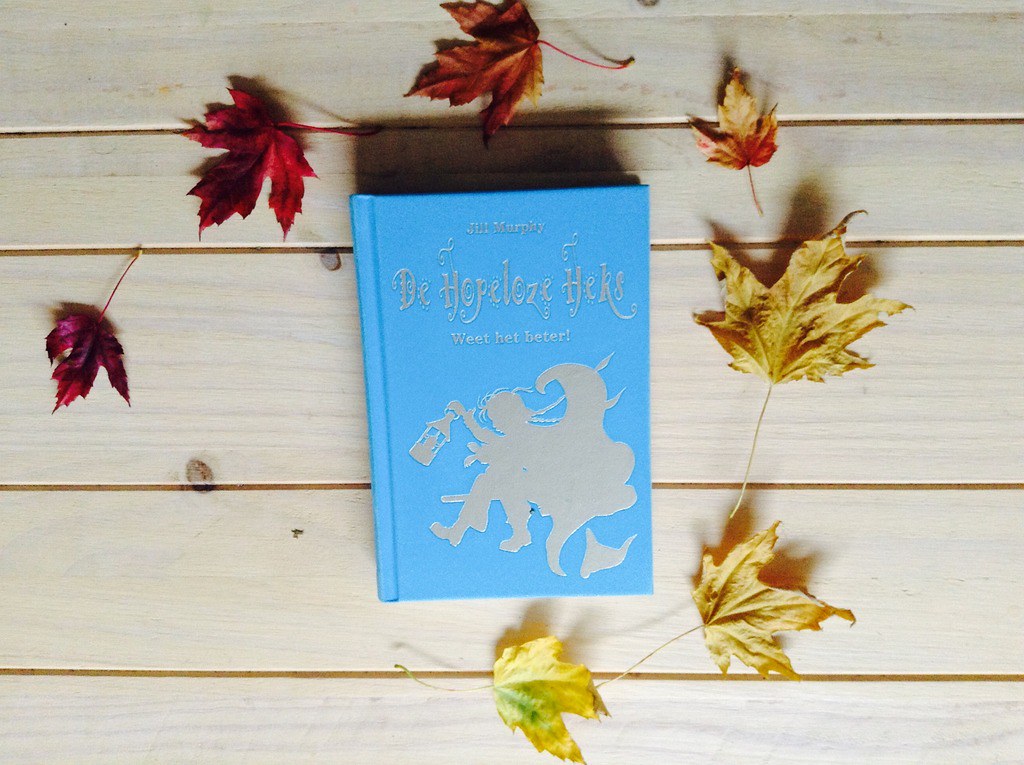 ★ The Worst Witch to the Rescue (Worst Witch 6) by Jill Murphy
This I saw in a book store for 3 Euro and it is so pretty. The blue is soft! 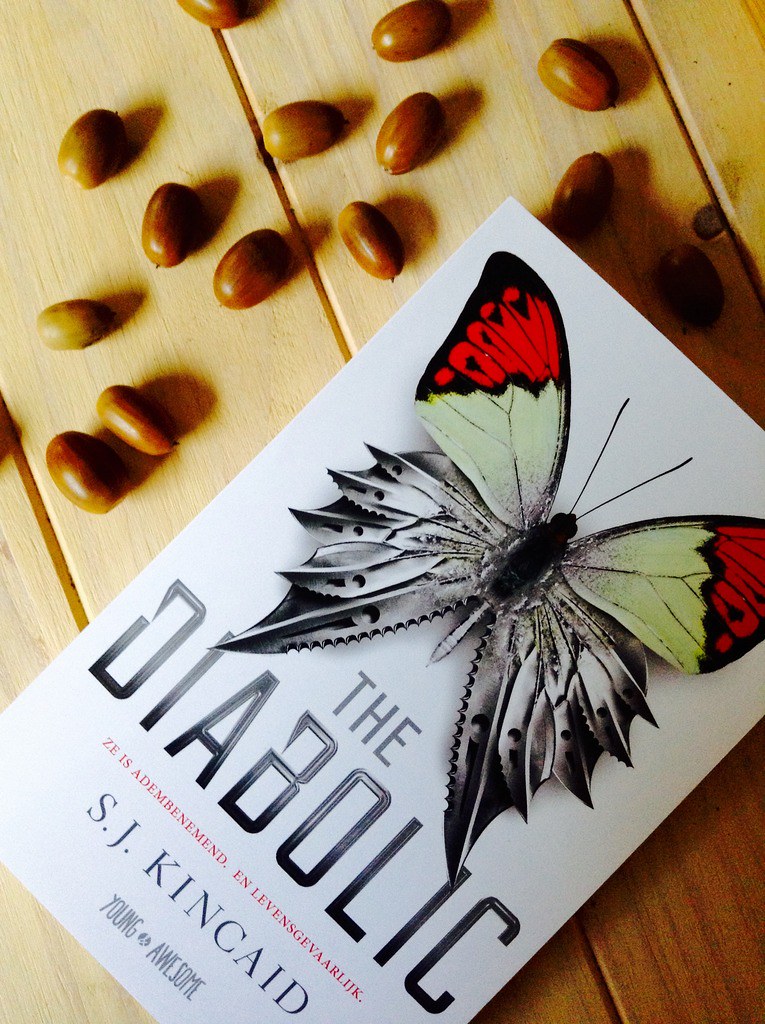 ★ The Diabolic by S.J. Kincaid
The Dutch edition was released around the time the Engish one was. With buying the book I can also get the ebook of their site so that is great.  I’m very curious about it because I like the idea but I am interested to see if the executionworks. 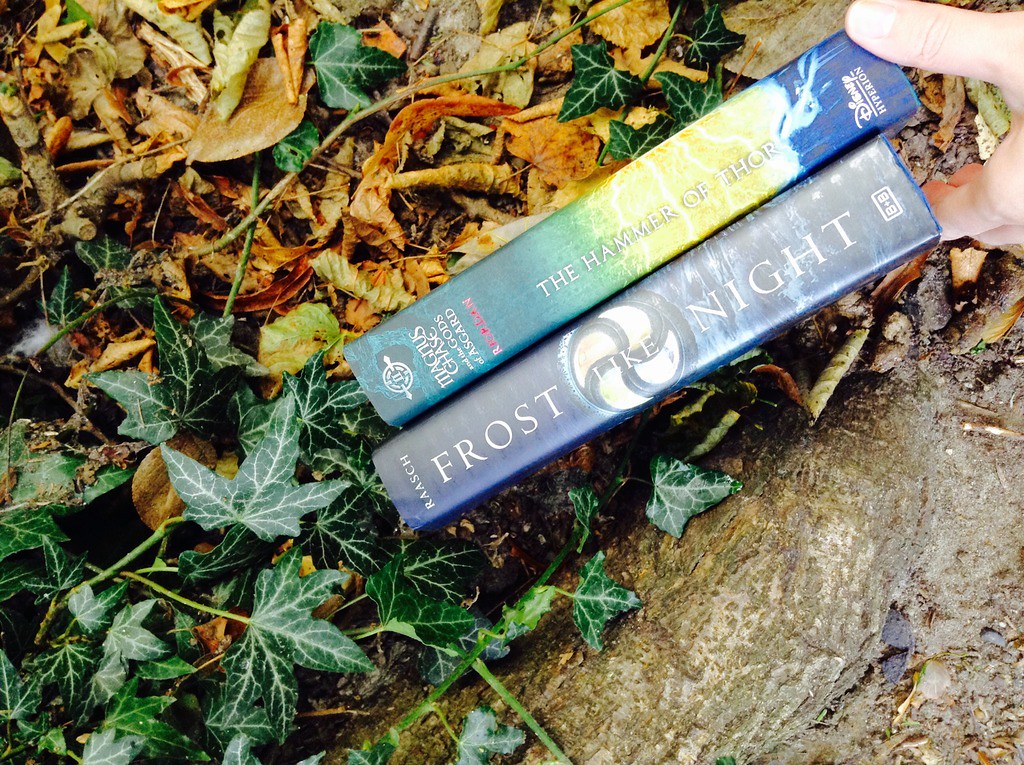 ★ The Hammer of Thor (Magnus Chase and the Gods of Asgard 2) by Rick Riordan *
Obviously I had this on pre order. Just look at the colors of the spine. Just as pretty as the first one. 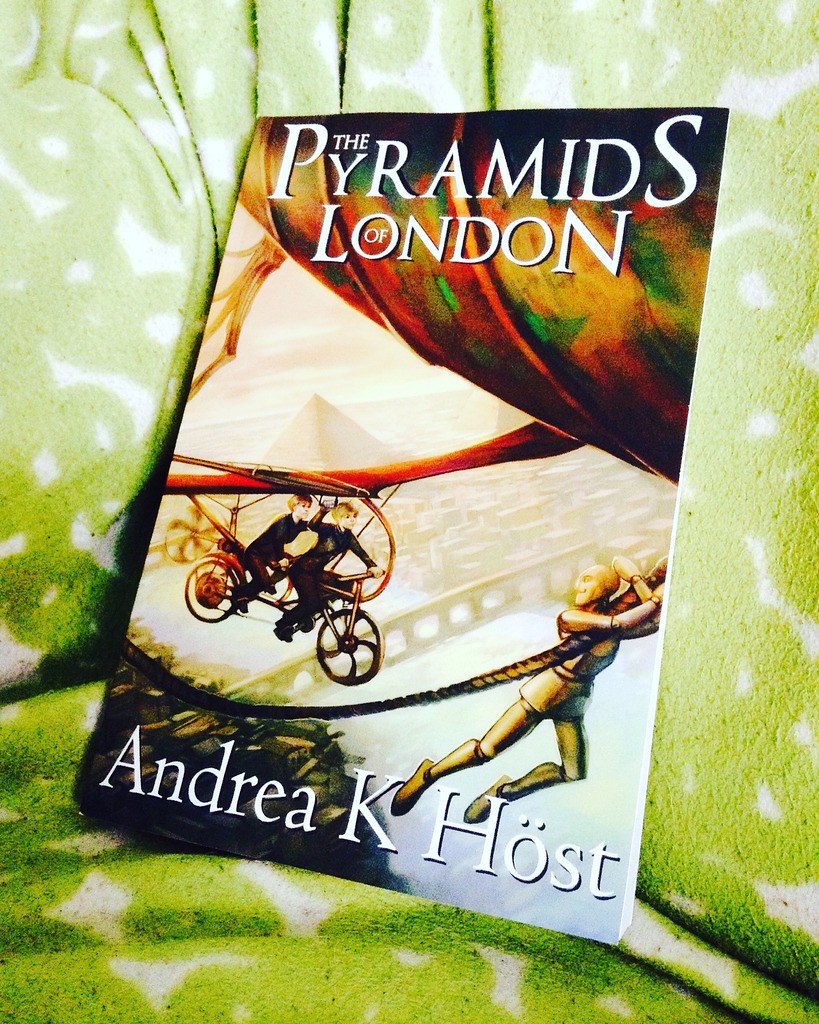 ★ The Pyramids of London (Trifold Age 1) by Andrea K. Host *
I read this book last year through Netgalley and really liked it. But the physical copy was extremely expensive to get at the Dutch webstore (40 Euro) and not available in the book store, but I saw at the end of September that it was at a normal price. I decided to get it for myself as an early birthday present. ❤ 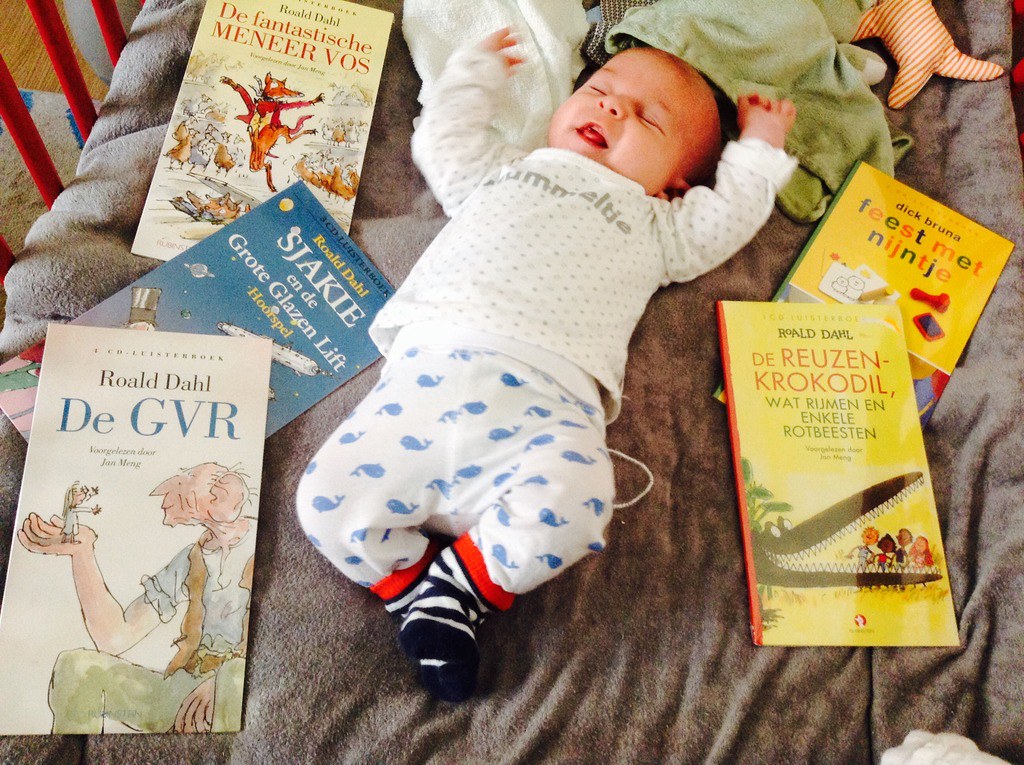 ★ Audio Books
I went into a store and saw these Dutch audio books (almost all Roald Dahl) really cheap. I figured it was good to get these now even though Merijn is still a bit too young for them. Besides maybe I’ll like these audio books. 😉 (And these were already bought at the end of September after I made the September book haul post) 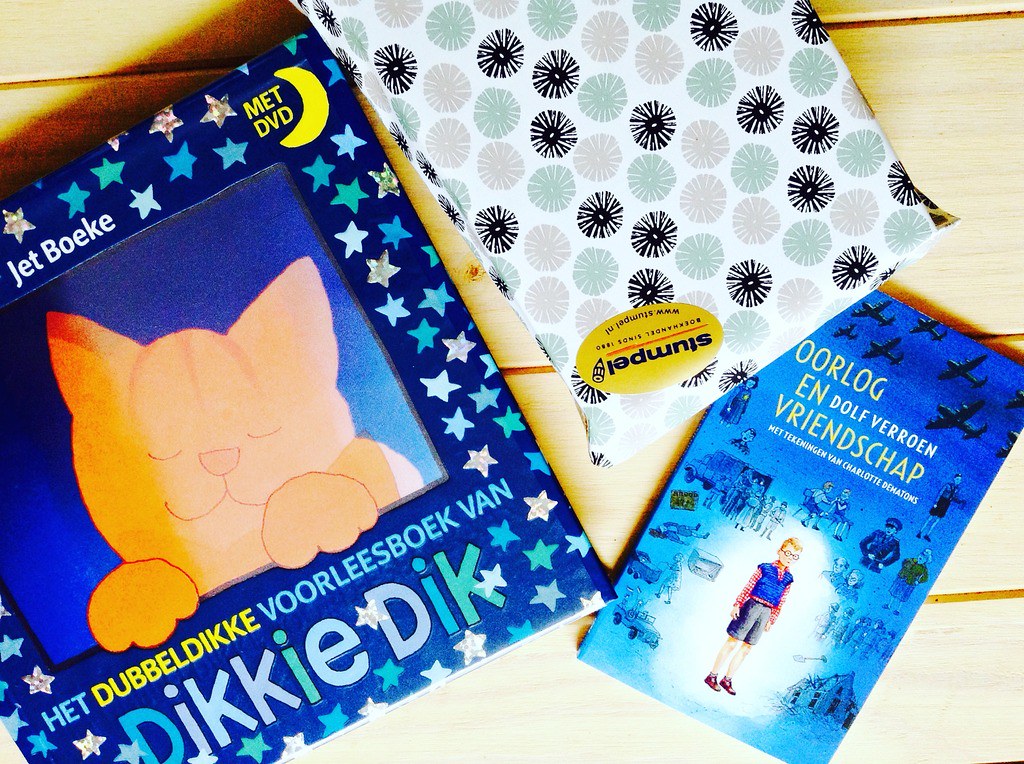 ★ De Wereld achter het Water by Jen Minkman *
This is the continuation to Het Boek van Voorheen that I reviewed earlier this year. The author asked the reviewers of the first book to review the next one as well.