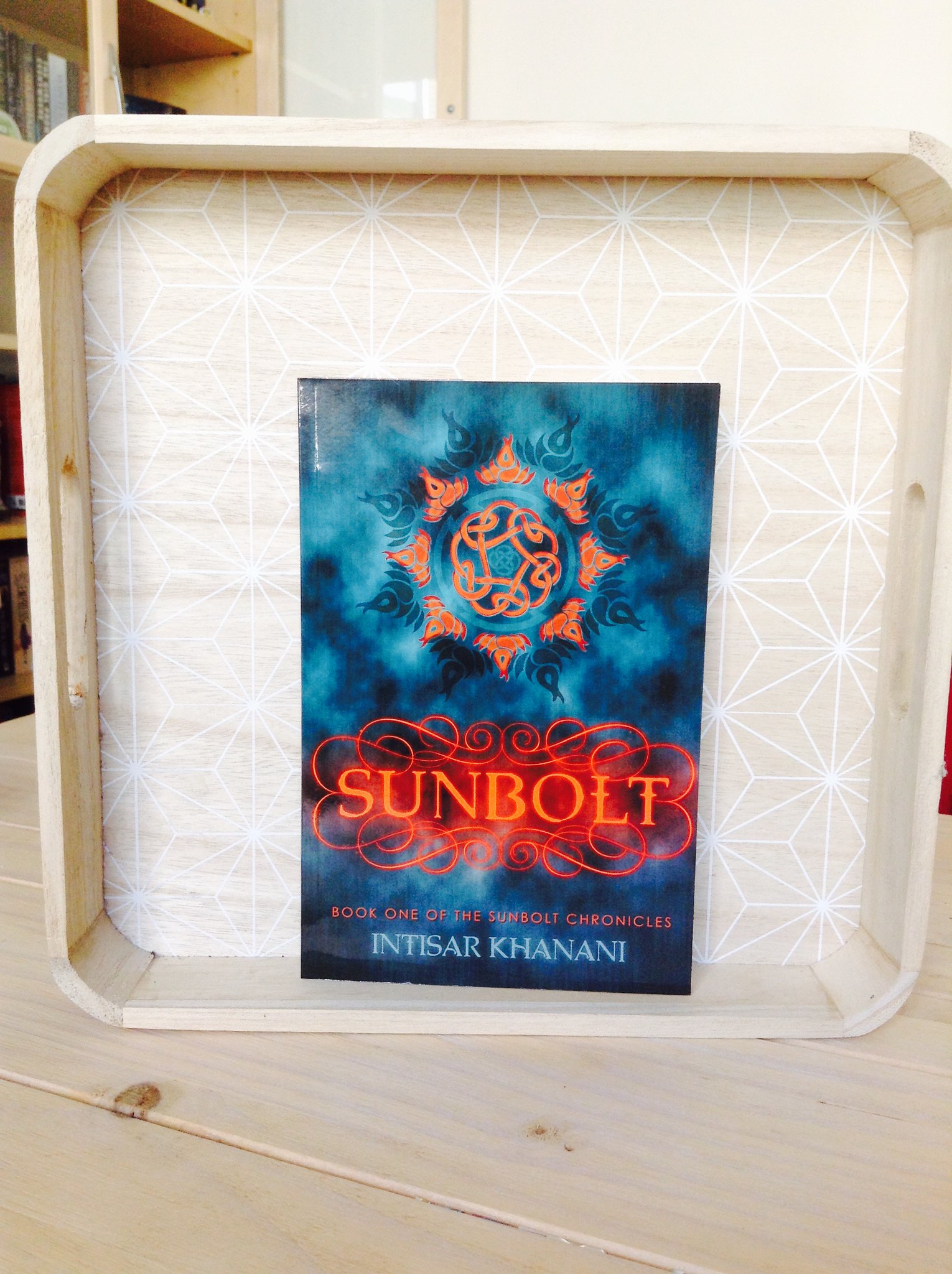 The winding streets and narrow alleys of Karolene hide many secrets, and Hitomi is one of them. Orphaned at a young age, Hitomi has learned to hide her magical aptitude and who her parents really were. Most of all, she must conceal her role in the Shadow League, an underground movement working to undermine the powerful and corrupt Arch Mage Wilhelm Blackflame.

When the League gets word that Blackflame intends to detain—and execute—a leading political family, Hitomi volunteers to help the family escape. But there are more secrets at play than Hitomi’s, and much worse fates than execution. When Hitomi finds herself captured along with her charges, it will take everything she can summon to escape with her life.

Sunbolt is the first book in the Sunbolt Chronicles that has been recommended to be by Lala and Jolien. It wasn’t until I started reading it though that I realized this book is more of a novella length. The start to this book didn’t quite take me. I felt that it was a tad cliché with the main character being a promise that she was hiding, a rebel and that the rebel leader was called Ghost. I mean, Ghost, really? The name wasn’t really explained either and it didn’t really do anything for me.

In the first half I was still grasping where this was really going to go with our main character being a part of these rebels and with this world that I was still grasping at. How did her promise and magic fit into this world? But the second half made up for that a lot. We learned more about the world than  just the place where she started at. We also got different kind of species (based on vampires for instance). And we learned more about their place in the world. I got a better feel for the world because of the second half of this book. One could argue it could use more world building (especially in the history department), however I do think one should consider this is more of a novella than a full length book and for that space I think the world building was adequate in the second half.

The book is action packed. We move from thing to another so there is little time to be bored. But the events in the second half did move me more. I think the events in the second half of the book did more for me to get to know our main characters, also through the added in character at this point. Her relationship with him was interesting. It shows her as a strong person and she knows what needs to get done. But at the same time there is a kindness there that she doesn’t easily turn away from.

The other characters are also interesting. Not everything is always as black and white as we like to think with who we perceive to be villains.

All in all I do think this is a strong start for a novella length. I am curious to see how this is continued on into a second addition.