Last month I did an unboxing of the August Bookly Bird box wherein I mentioned that earlier this year there was another Dutch book box that had started. This book box is Celebrate Books.

Celebrate Books is a bi-monthly book box that has a surprise new Dutch release and 3-5 bookish goodies. The box started in April and so far is only available in the Netherlands and Belgium. I have been reluctant to order this one because with the theme and knowing it being a new Dutch release I have had a pretty good idea as to what book was going to be in it each time so far. And I find that a shame. It takes away from my enjoyment of receiving the box.

But this September they have a special book box that is cheaper and themed slightly different. This box is specifically made in mind with the Literatour, the young adult book week. If you want to know about literatour you can read more about it in my recent post Dutch Book Weeks. The theme is Good Vibes Only and so far I have not been able to guess what book it is going to be.

So let’s find out what was inside it. 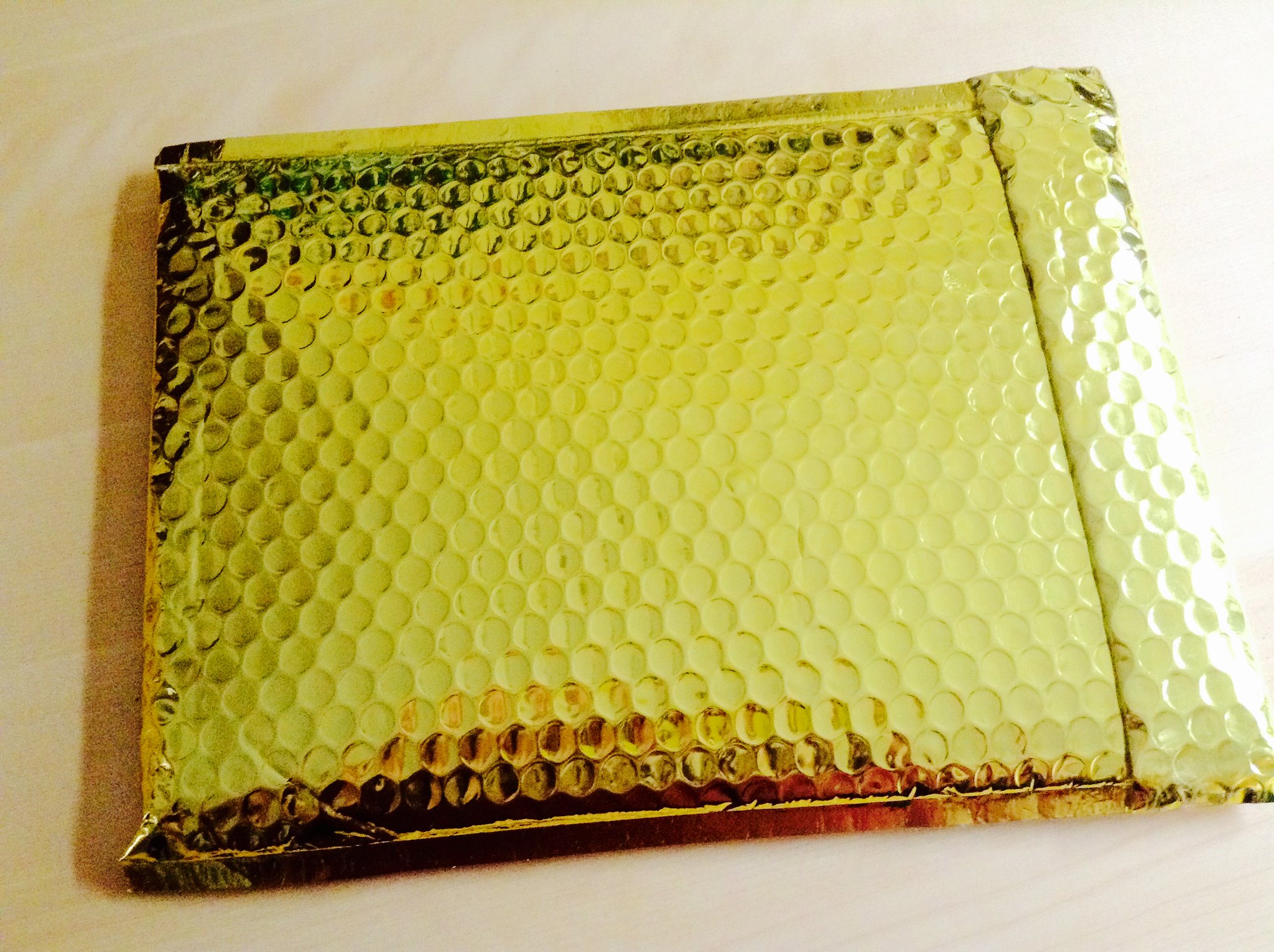 So it came in this golden envelop. Because the box was cheaper it couldn’t be send out in a big box and the items also weren’t going to be large items. But hey, golden envelop is pretty special. 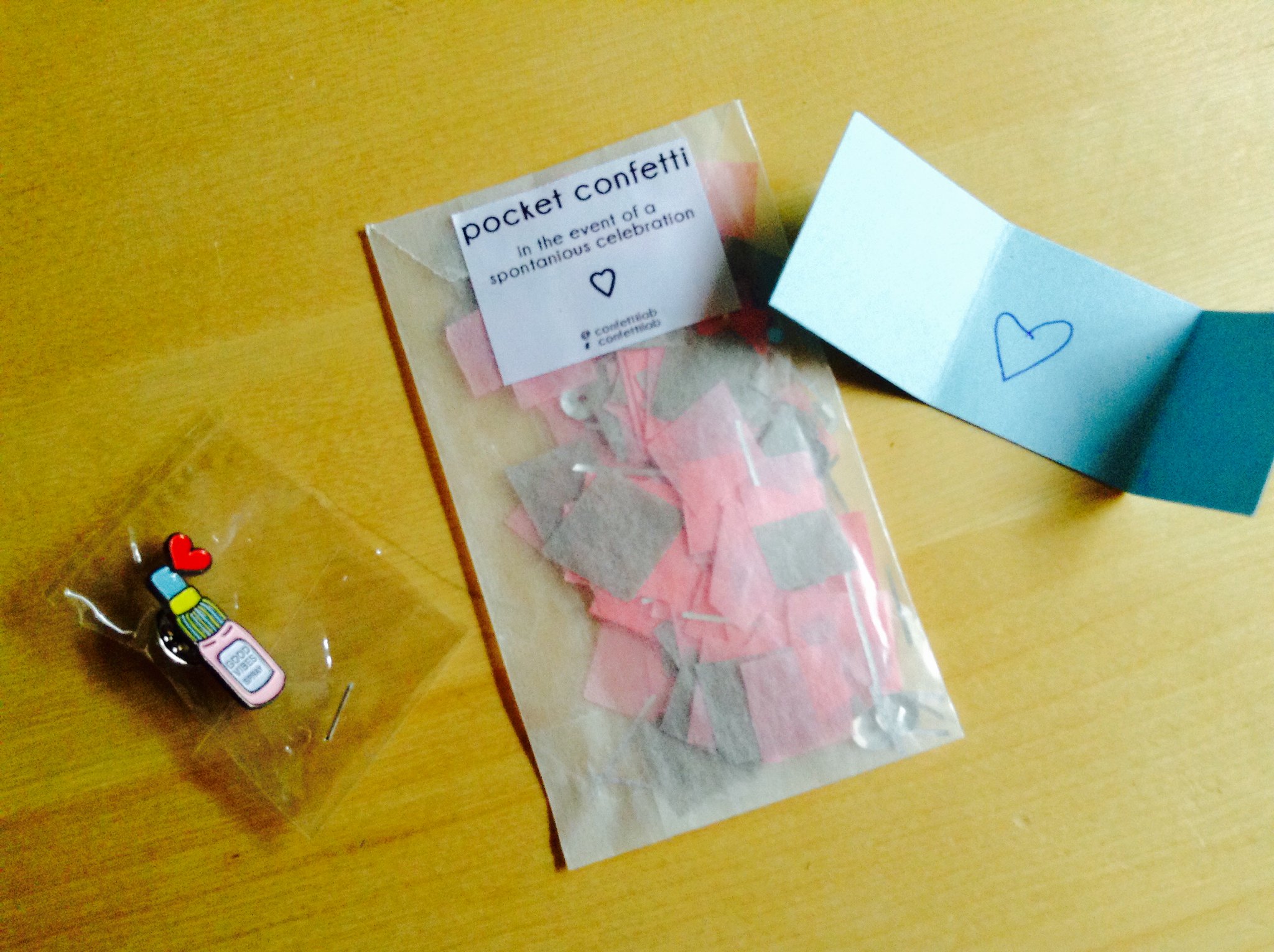 These were some of the things I pulled out first. The pin says good vibes spray which obviously has to do with the theme. Then we have some pocket confetti. And a note with a heart. Confused yet? Yeah, me too. 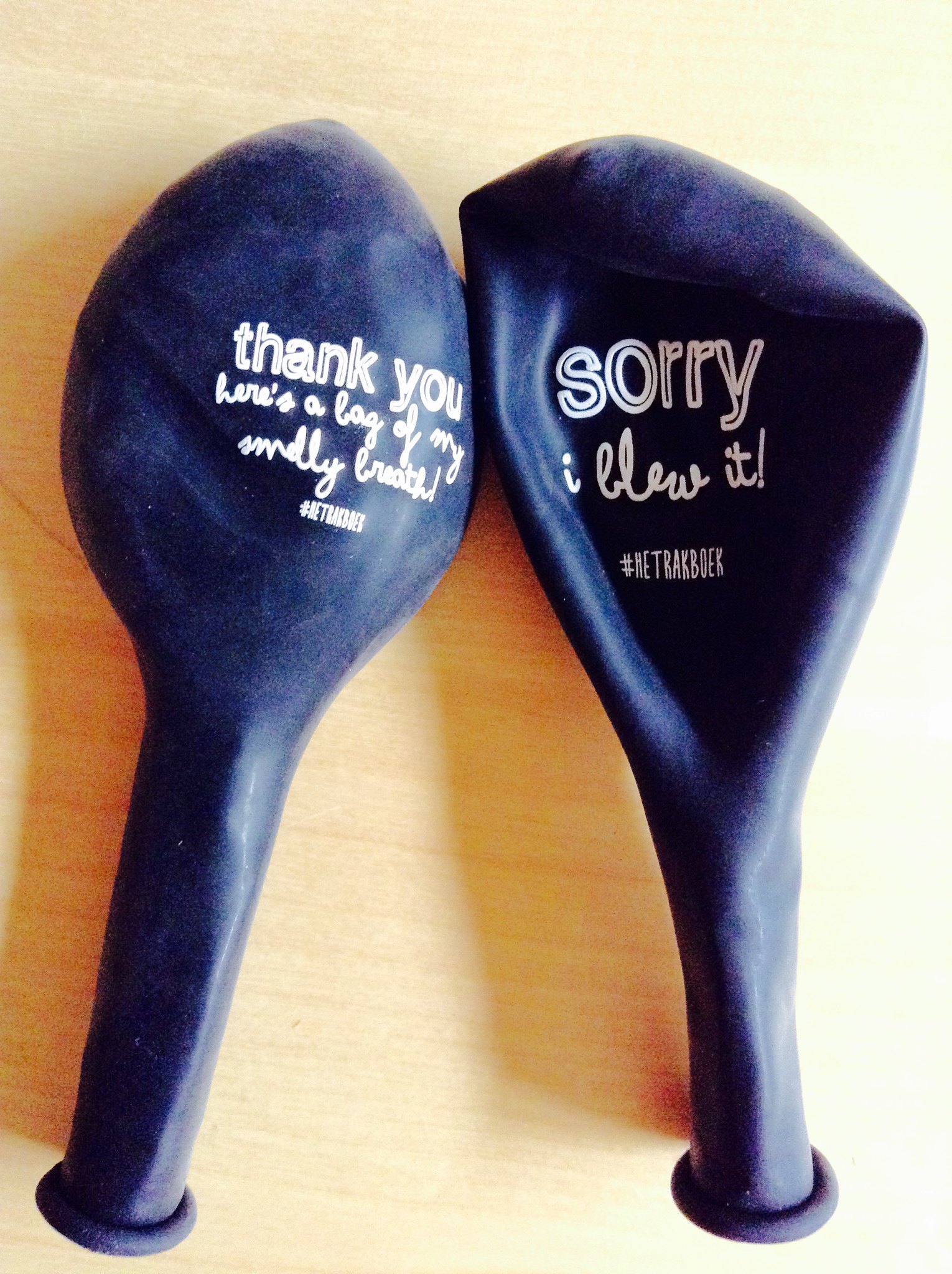 Two black balloons. One says: ‘Thank you, here is a bag of my smelly breath’ and ‘Sorry, I blew it’ 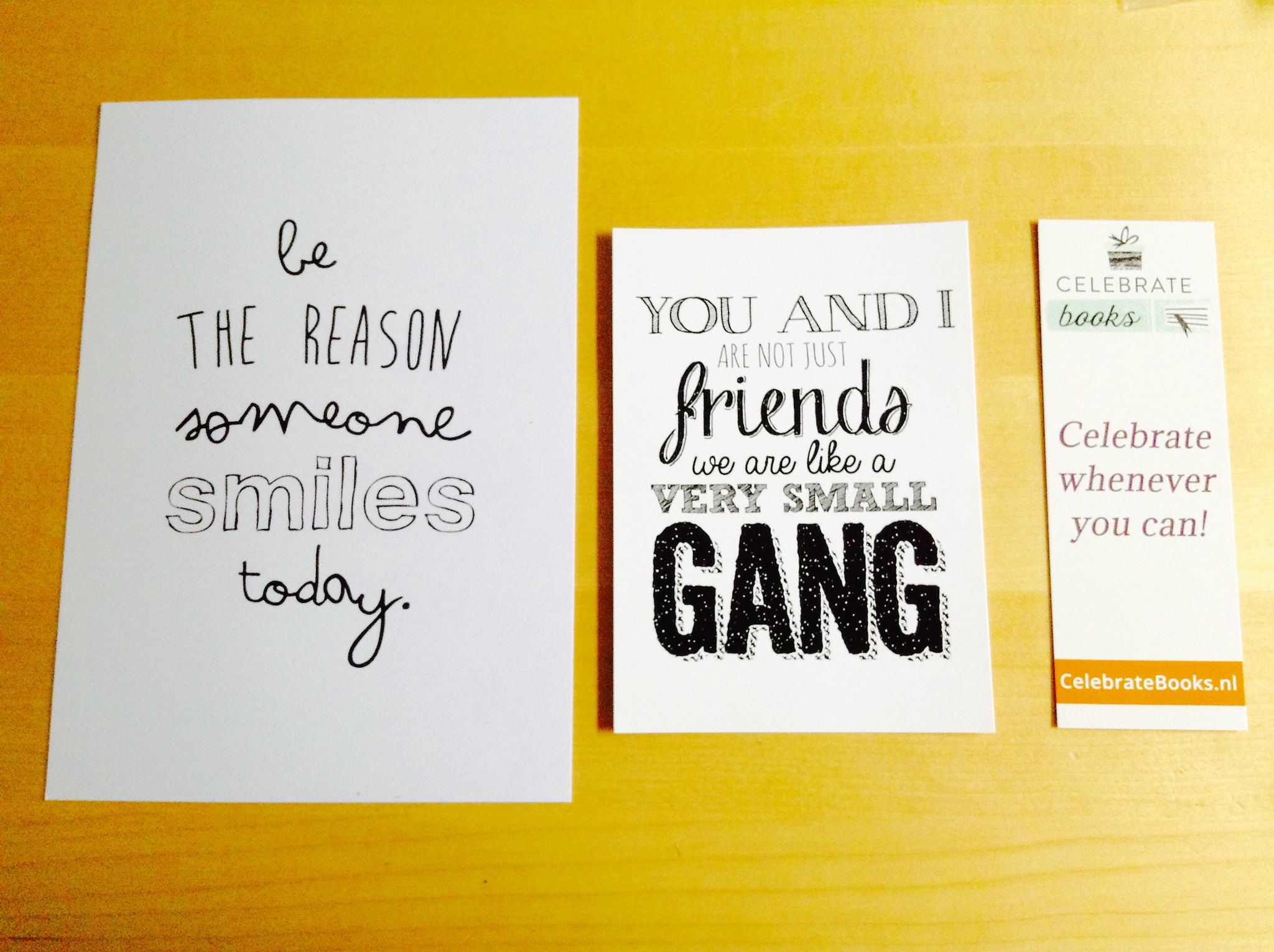 I like the first text card. It’s good to be able to make someone else smile. And the next is a postcard that is just cute to send to a friend. And then there is the bookmark of celebrate books. 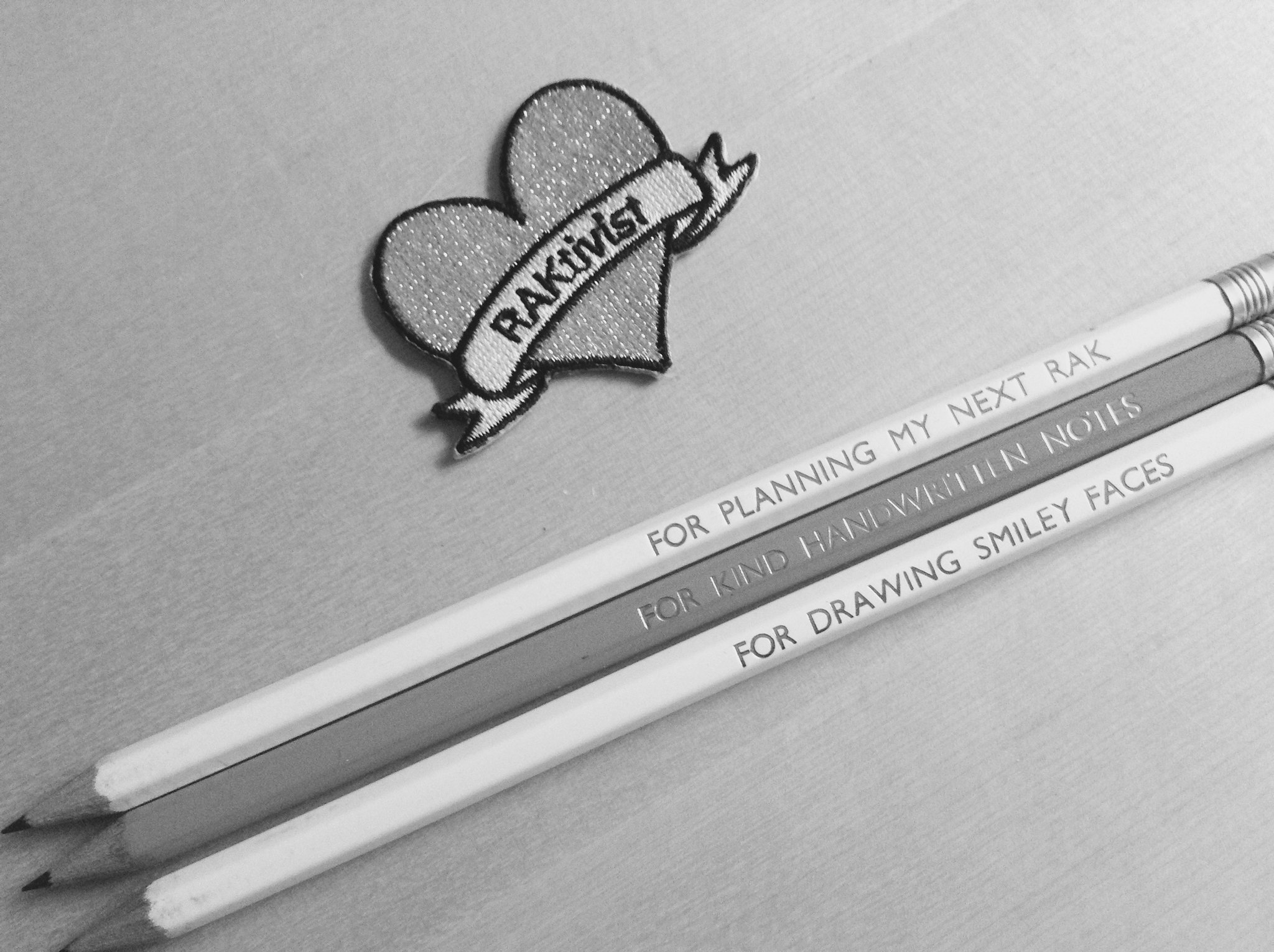 When I found the pencils I was wondering why there were three pencils in here, but the text on them is really cute. But what is Rak or raktivist you ask? 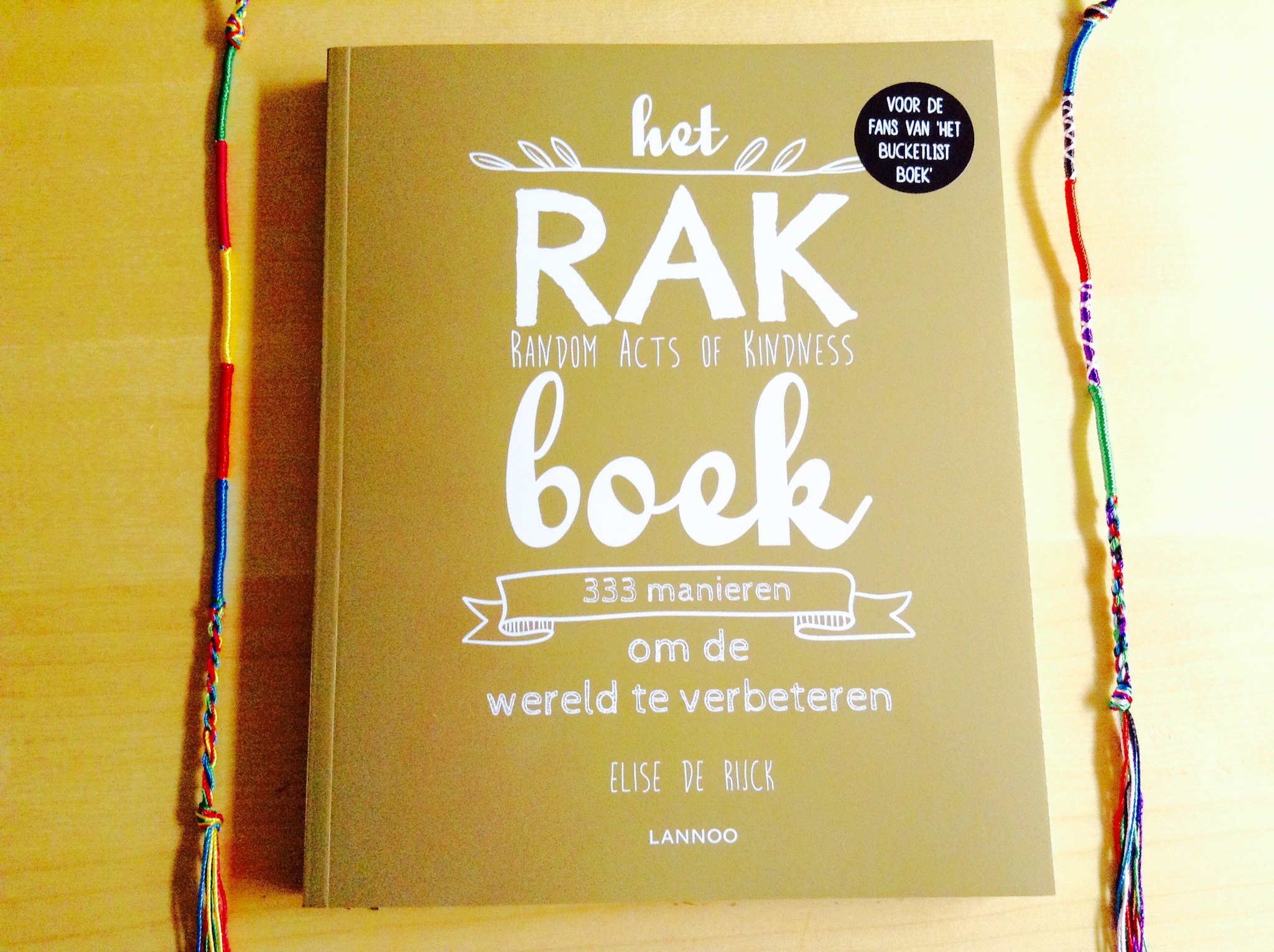 Rak is short for the title of the book. Random Acts of Kindness. 333Ways to change the world. It’s not a normal novel. It is more of an activity book. You can cut things out of it or paste things into it. All things that have to do with positivity. 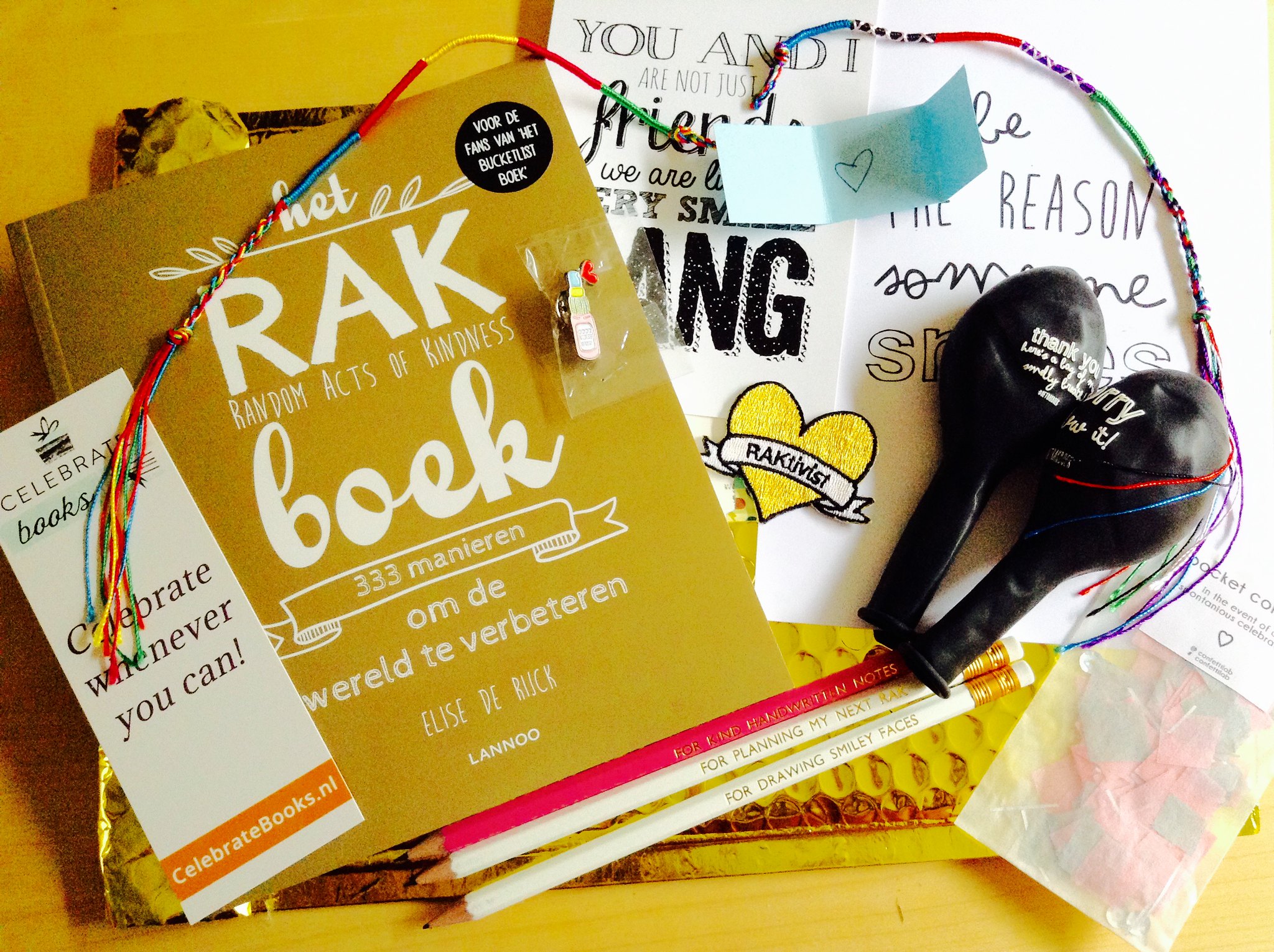 So this was what was all in the envelop. Was it what I was expecting? No, not at all. But I do think it all works well with the theme. And I think sending out good vibes is important. Just look at the negativity that is going around in the world. Just look at it in the book blogging community and what has been going on on twitter lately.