This post turned out kind of long. Longer than it was meant to be. But next to buying and getting some pre orders I also got some books gifted to me and won one book so the books stacked up a bit more than I wanted them to. I also have a bunch of larger photos in this post that make this quite a lengthy post. I know I enjoy seeing actual photos of peoples book haul posts.

So yeah, here is my book haul from the last two months. 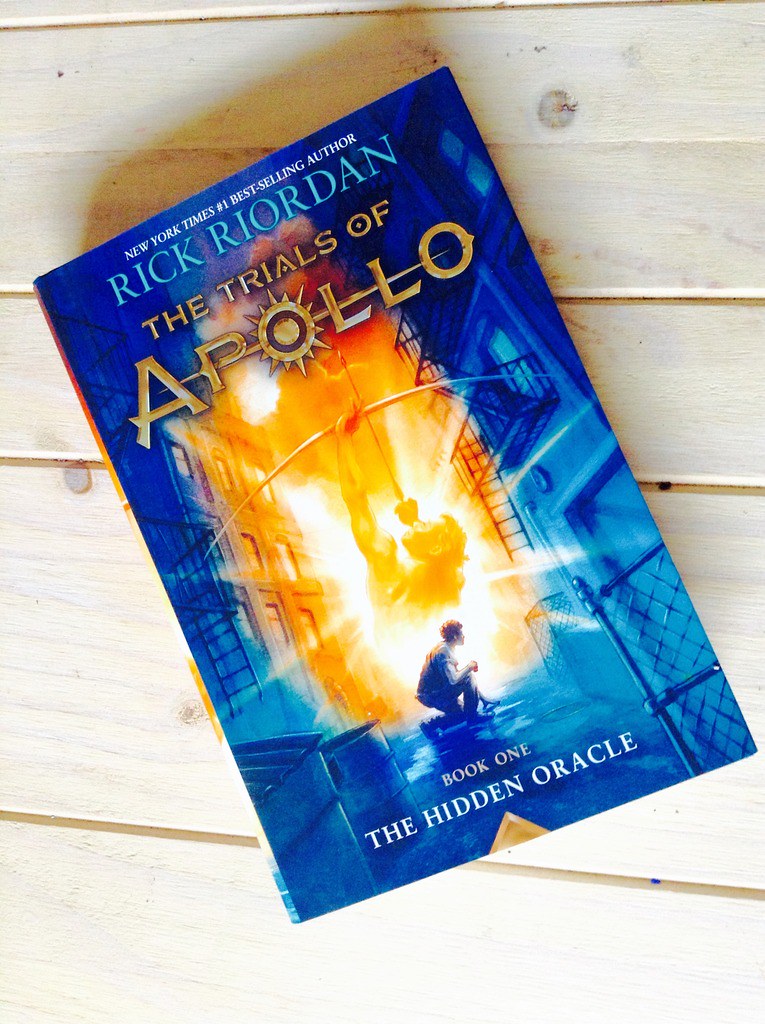 ★ The Hidden Oracle (The Trials of Apollo 1) by Rick Riordan *
I had been eyeing this for a while but since it was out the price on this particular edition went up so high. However there was a sale on a Dutch online website and it made this edition almost 10 Euro cheaper so I ordered it right away. 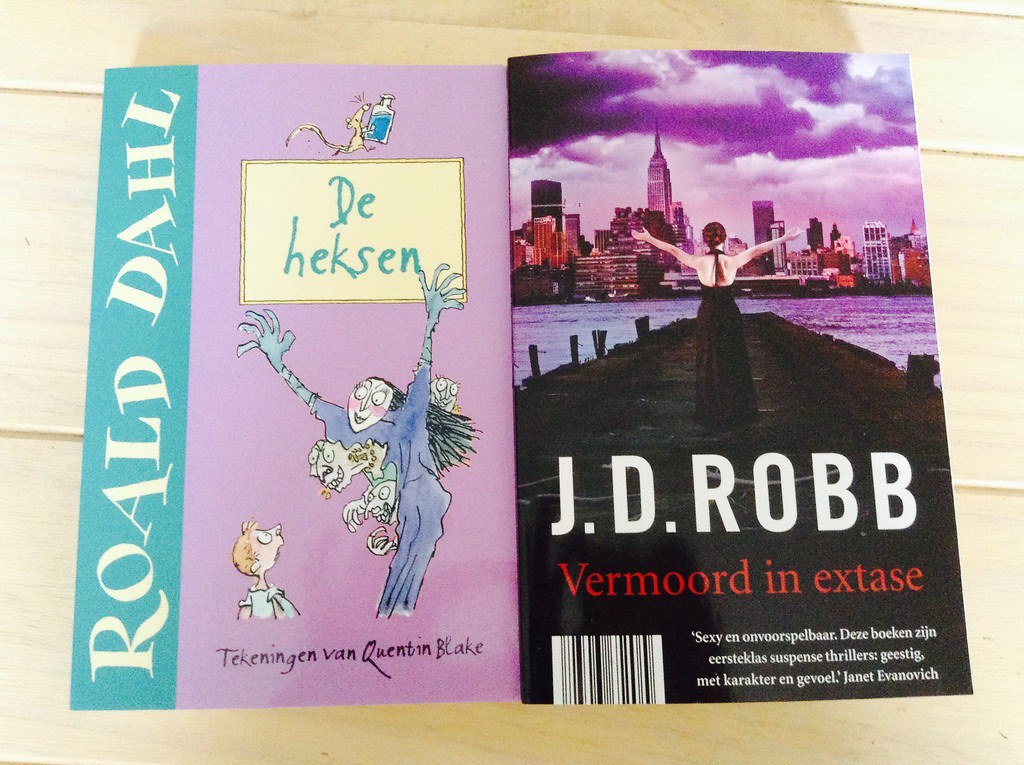 ★ Rapture in Death (In Death 4) by J.D. Robb
So I read the first book of this a bit ago and enjoyed it. And I saw this cheap in a super market chain here so I grabbed it. I don’t have 2 or 3 but I think you can read it somewhat out of order, but I’m not sure.

★ The Witches by Roald Dahl *
Another one of my favorites from Roald Dahl that I didn’t own so when I saw it cheap I just grabbed it. 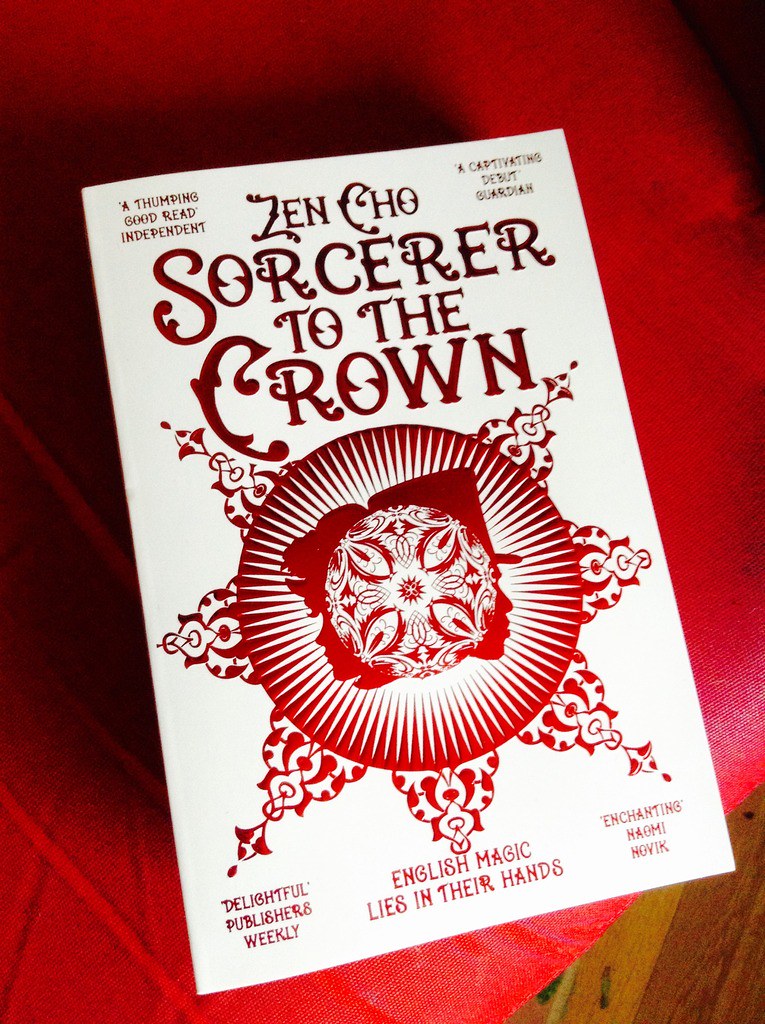 ★ Sorcerer to the Crown (Sorcerer Royal 1) by Zen Cho
I saw this book over on Read Diverse Books at the start of July, and one week later I saw it in a book store. Since I thought it sounded good, and this cover is just gorgeous, I picked it up. Honestly though, this cover. *.* 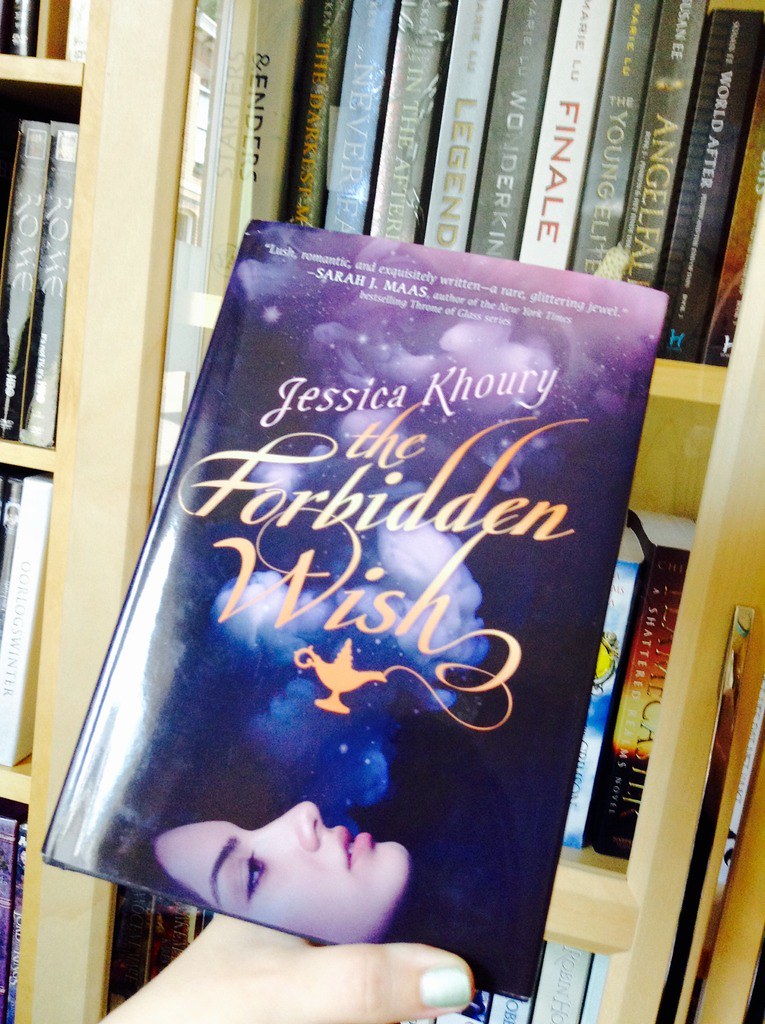 ★ The Forbidden Wish by Jessica Khoury
I kept seeing the hardcover cheapish online so when my husband offered to buy me a book nearing the end of July I ended up choosing this one. It’s a standalone so that is great for an inbetween read. And I’ve heard a lot of good things about it. 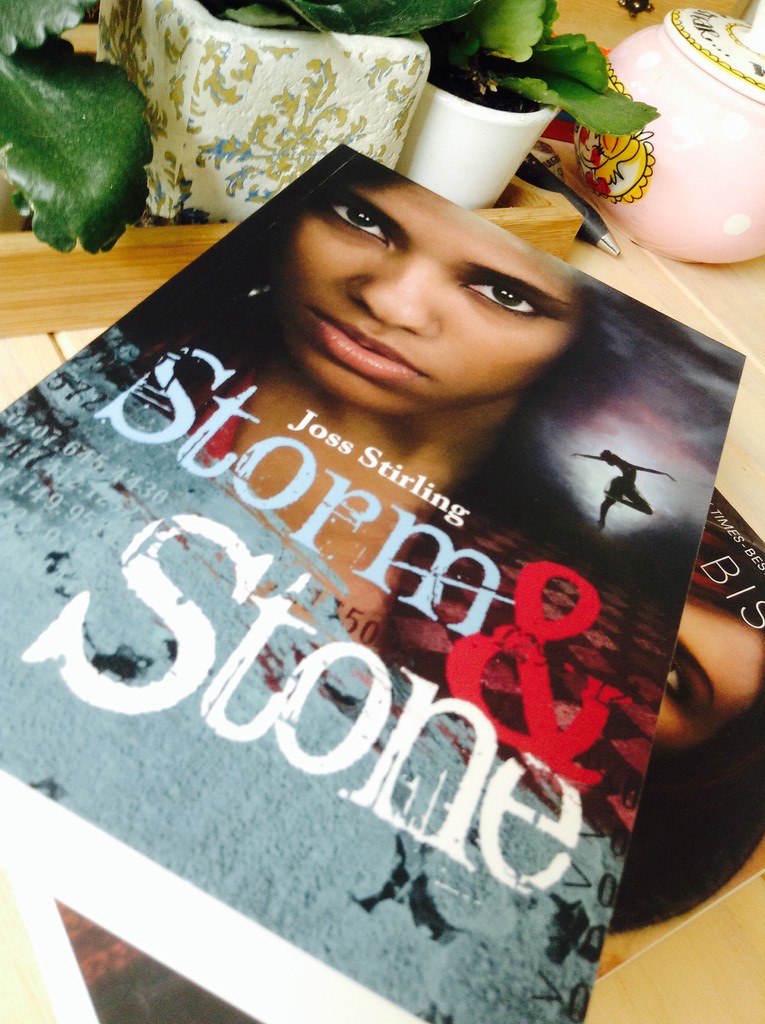 ★ Storm and Stone (Struck 1) by Joss Sterling I’ve stared at this book for a while to be honest. A little out of my comfort zone personally but I’m interested in seeing what it is like.

One thing that I want for the rest of the year is just to pre order some of my most anticipated releases and not buy too much next to that.Not sure if this will be achieved though, knowing me. But I can try. 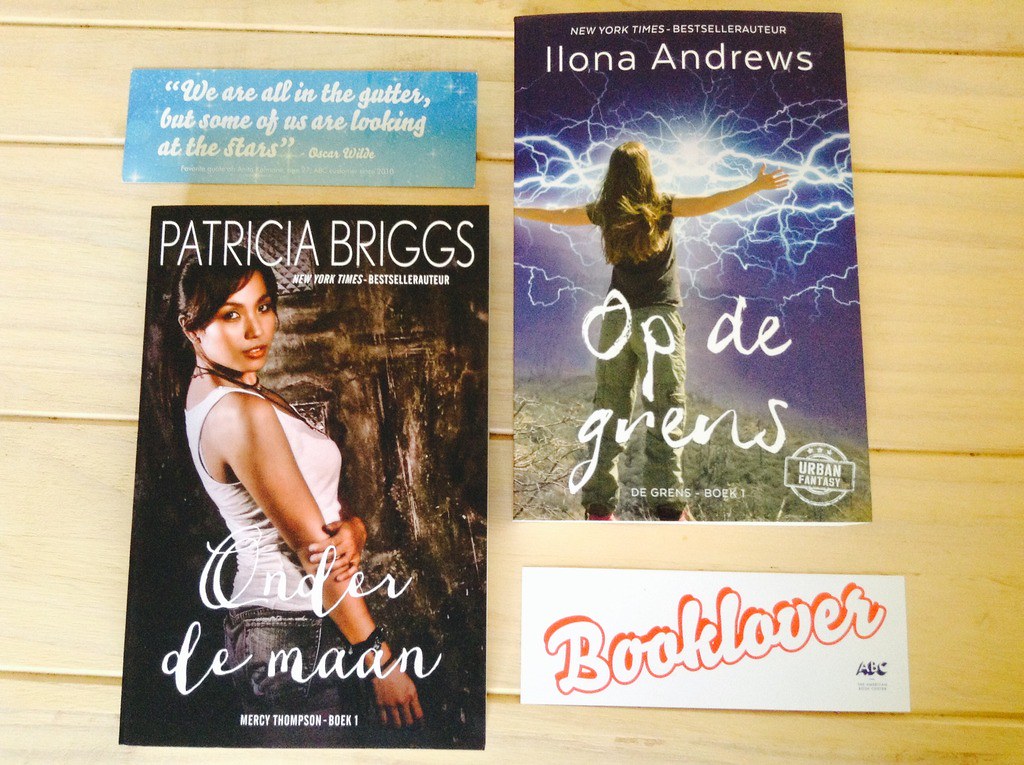 ★ Moon Called (Mercy Thompson 1) by Patricia Briggs
★ On the Edge (The Edge 1) by Ilona Andrews
Liesbet from Zwartraafje had got me interested in these books. So when the Dutch publisher Urban Fantasy said they would have a limited package of these two for 10 Euro, I had to pre order it. Normally these in Dutch would cost 15-19 Euro per piece so this is a great way to try a new series. I feel like this publisher does a lot of these things which I appreciate. 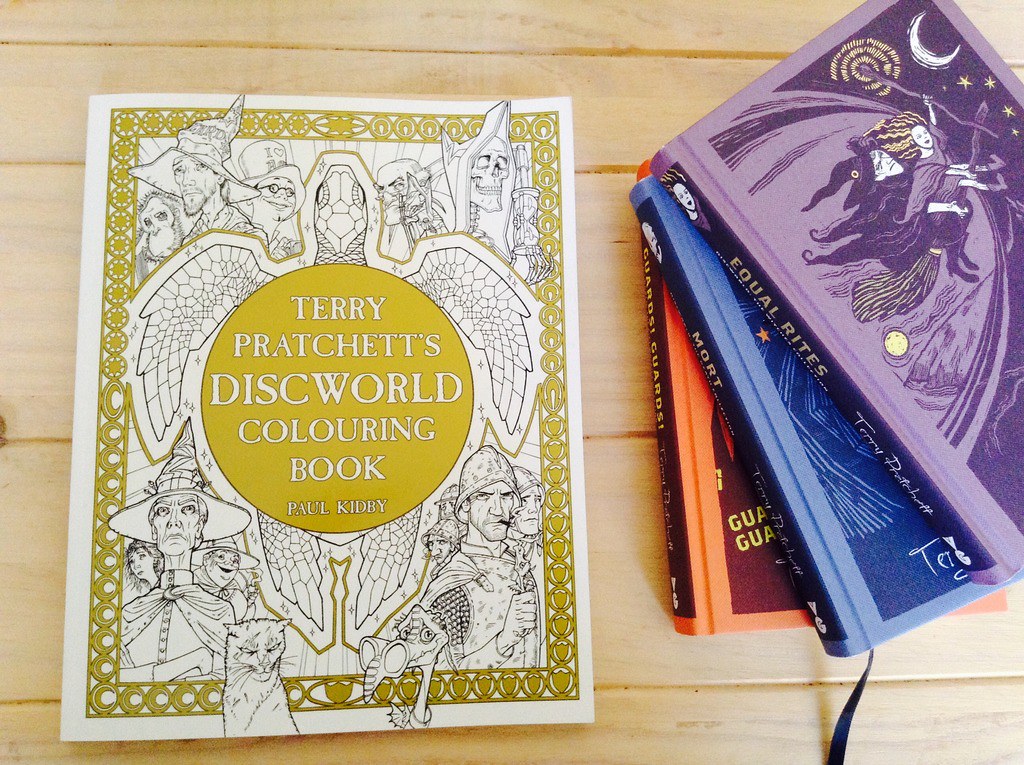 ★ Discworld colouring book. Illustrated by Paul Kidby
When I saw this I knew I had to have it. You all know I want all things Discworld…

★ Nevernight (The Nevernight Chronicle 1) by Jay Kristoff
People kept talking about this over on Twitter and it started to really interest me. This UK edition is also gorgeous under the dustjacket.

★ Hex by Thomas Olde Heuvelt (international edition)
Finally a cheaper version of the paperback was released at the end of August. Now I can compare it to the Dutch version and see what changes he made. 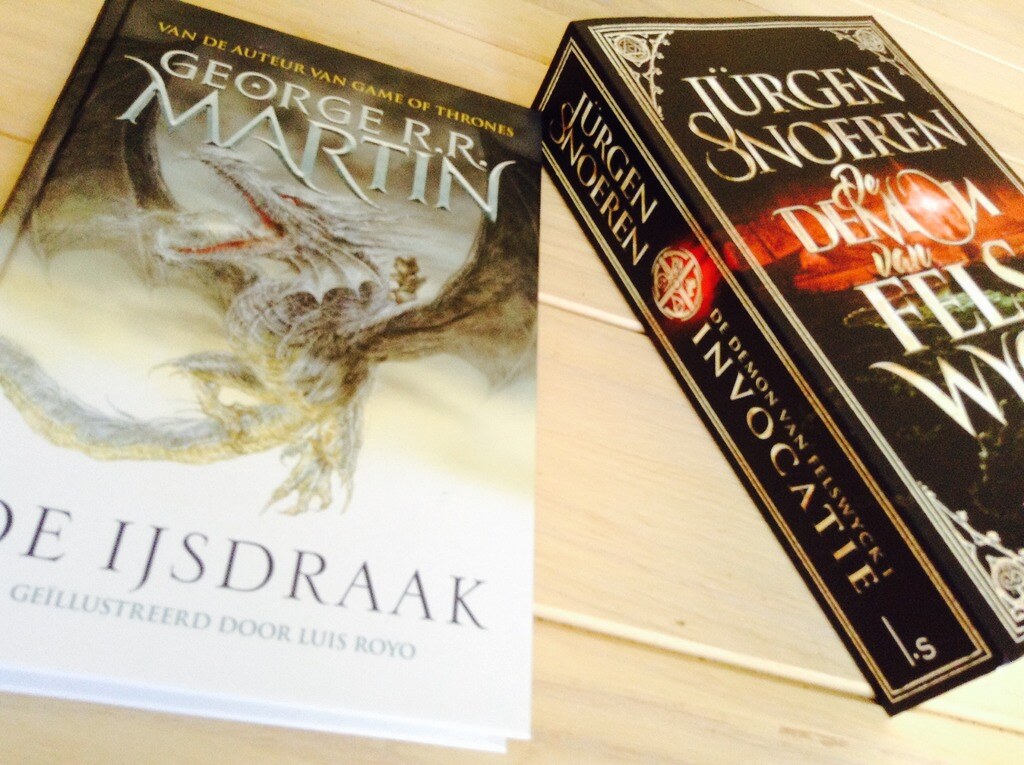 ★ The Ice Dragon by George R.R. Martin
I’ve been interested in some of Martin’s other books, especially those attached to A Song of Ice and Fire. So when I saw this pretty copy of The Ice Dragon, just released in Dutch, I had to have it. Or rather my mom had to buy it for me, haha.

★ Invocatie (De Demon van Felswick 1) by Jurgen Snoeren
This book is by a Dutch author that I read about back in July. It’s meant to be a fantasy duology and this first book is freaking HUGE. It was another buy from my mom. 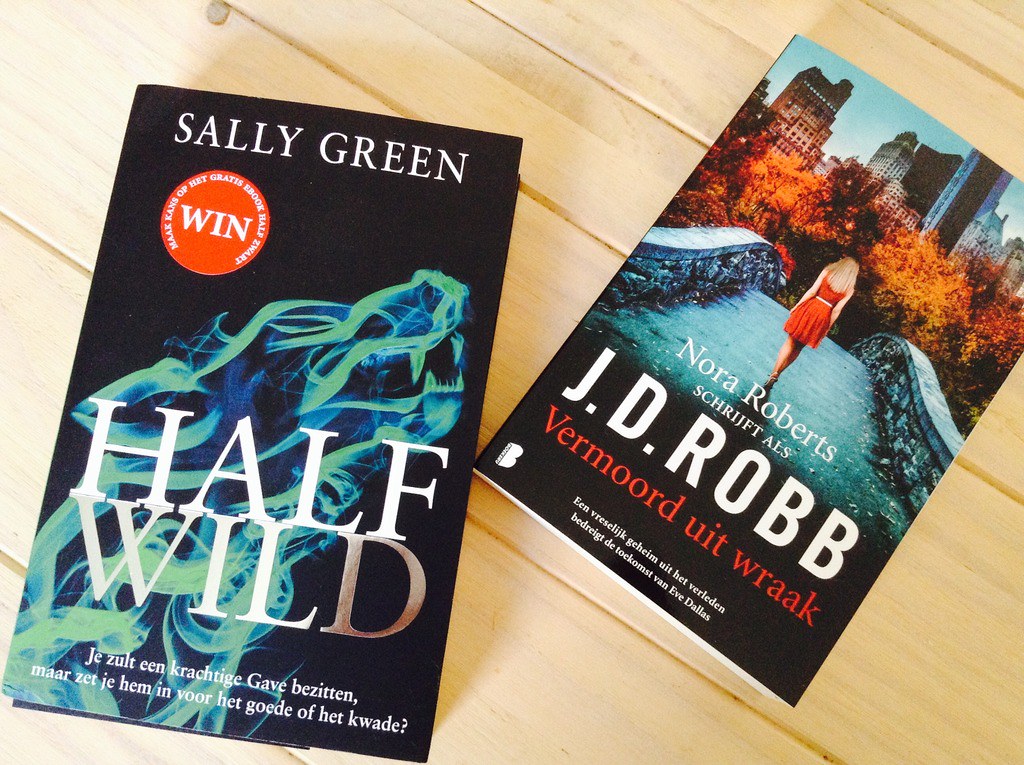 ★ Half Wild (The Half Bad Trilogy 2) by Sally Green
This one I won through a facebook giveaway by the Dutch publisher Moon Young Adult. Which is great. Now I just need to get that first book. Shh.

★ Vengeance in Death (In Death 6) by J.D. Robb
I saw this in a store that sold it for 4 Euro so I couldn’t leave it for that. I was sad they didn’t have a few more but I can’t complain really. Now I really need to get those few in between.

★ Ziezo by Annie M.G. Schmidt
This was a gift from Myrthe from Books Around the World. She got this for me at the Deventer book market I couldn’t go to. ❤ Thanks so much again.
Annie M.G. Schmidt is a well known Dutch writer, mostly known for her children’s literature. This is a collection of children verses.

★ A World Without You by Beth Revis
And the book that was in the Bookly Bird book box.

★ Air Awakens (Air Awakens 1) by Elise Kova
I have been eyeing this series for a long while now, and I have heard mostly good things about it. So when I spotted it online for 50 cents I ordered it along with some pre orders. And yes as ebook. For that price I was more than willing to give an ebook a try again. I need to get over that fear.

★ Sunbolt (The Sunbolt Chronicles 1) by Intisar Khanani
I blame this one on La La in the Library who recommended it to me on Goodreads and who also really liked the sequel. The book wasn’t very expensive as ebook so I figured I could give it a go.

★ Gaslight and Grimm. Edited by Danielle Ackley-McPhail and Diana Bastine *
Another anthology I requested on Netgalley

★ Valley of Embers (Landkist Saga 1) by Steven Kelliher *
The author contacted me about reading his book for an honest review.