This is one of those months that I’m actually a bit embarassed with myself. On the book buying front. I did say in my last book haul that this month would probably bring a nice amount of books as well. But I mean, this is pretty bad. On the 9th I already had a staggering amount of 20 books. And I’m not even counting the manga or the books for the baby. I know. I didn’t really mean to. But then do I ever? I did have some special things this June though. 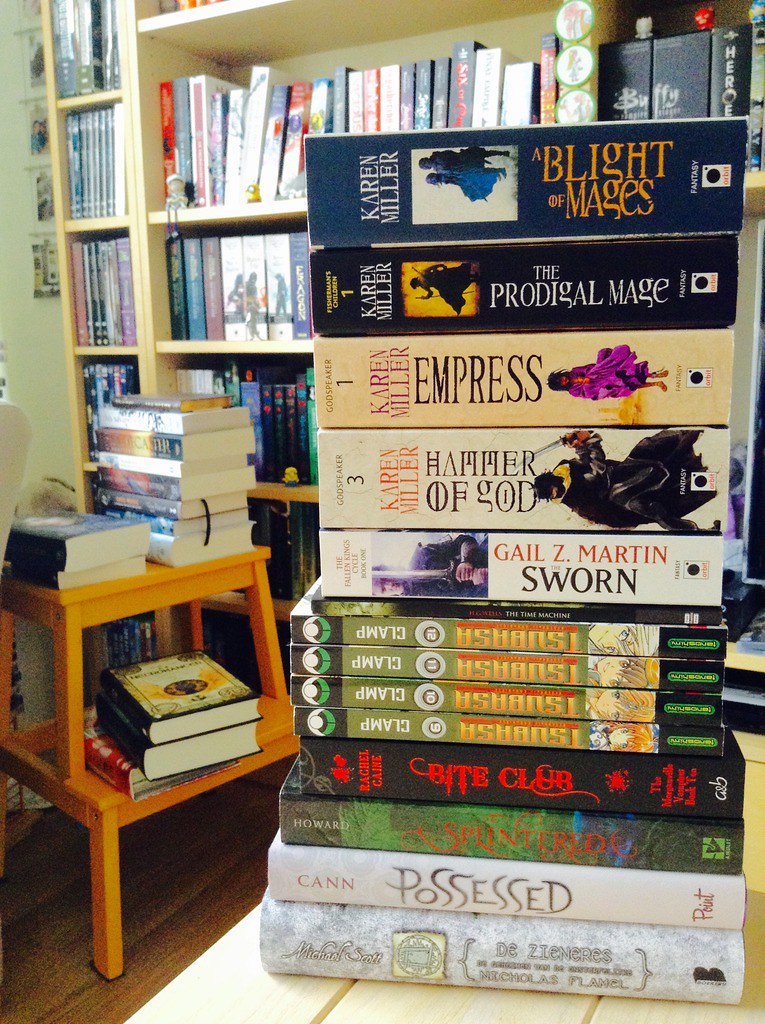 Firstly I won 25 Euro for a Belgian online second-hand book store De Kaft from Lisa at Leave No Story Behind. Of course I had to use that on books. It came at a good time too because I wasn’t feeling too great. So I ended up ordering books from it right away. Then there was the book market in Zwolle where I ended up purchasing a total of four books. I didn’t mean to find anything, but there they were. Beaming at me. And of course there was the bookfest in Apeldoorn (called Boekenfestijn in Dutch). Where I went all out again as usual. I was selective. I had a lot of books there that I found interesting, but I didn’t take them all with me. Some were for a series where I had picked up a few at the book market. This is also why I did not split this haul into my normal haul and bookfest haul. Some of these books from bookfest belong with my normal haul and it felt weird to seperate them. 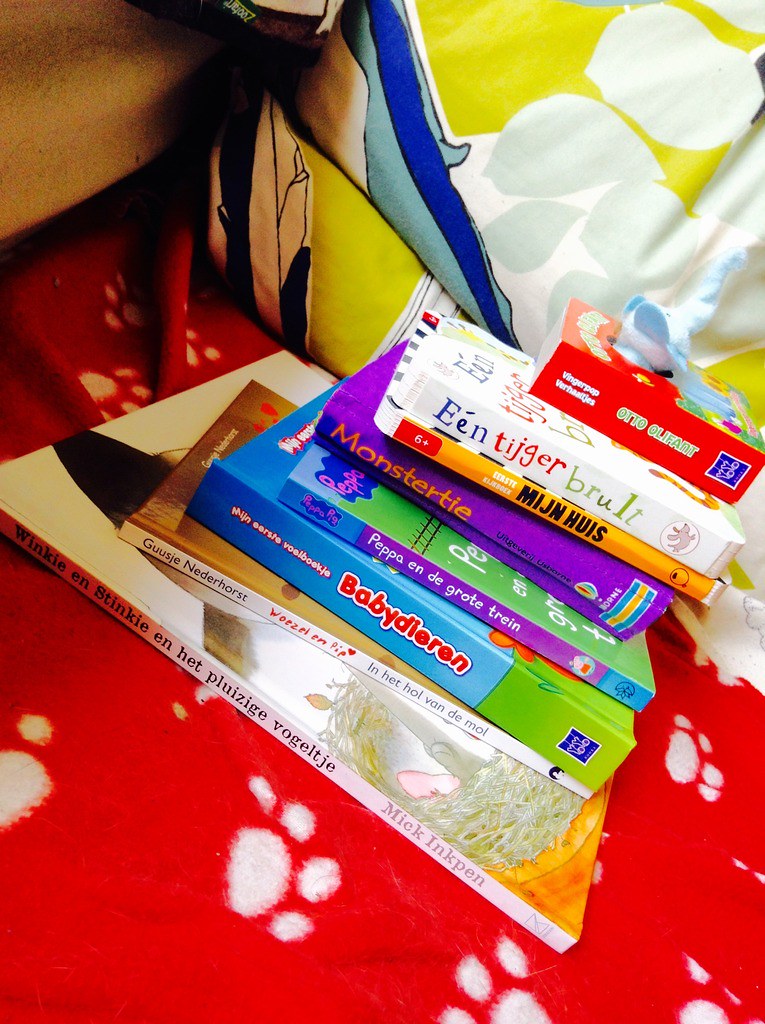 Let’s start with the stacks that don’t belong to those 20 books. One of the things I really wanted to look at while at the bookfest were the children’s books. Specifically those for baby’s for obvious reasons. I’m not going to go through them, but I ended up with a stack of seven of them. Boekenfestijn has them cheaper than in the stores. It is a bit hard to choose, mostly because I’m so out of what is completely age appropriate to read to them (a lot looked to old). But I’ll play with that. 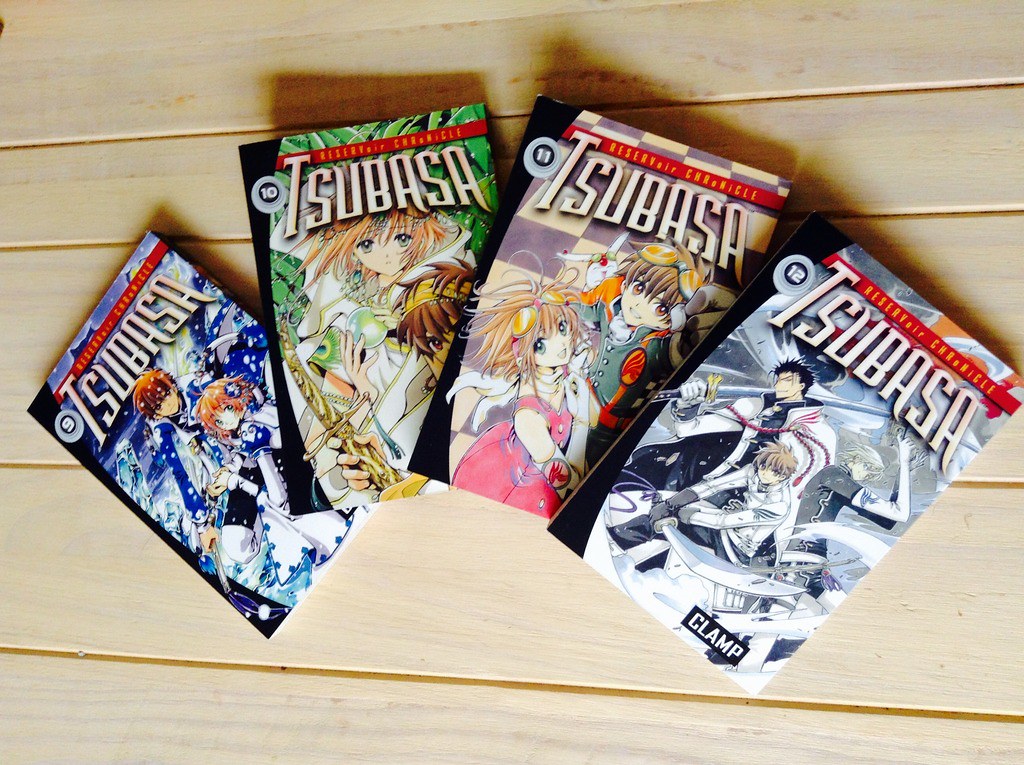 ★ Tsubasa: Reservoir Chronicles by CLAMP The next stack is a small stack of manga. This year the Boekenfestijn had a lot more manga than the years before, but in a very specific genre I felt. But luckily they had some Tsubasa manga laying around and some volumes that I didn’t own yet.

And now let’s start with the first book I got this month. 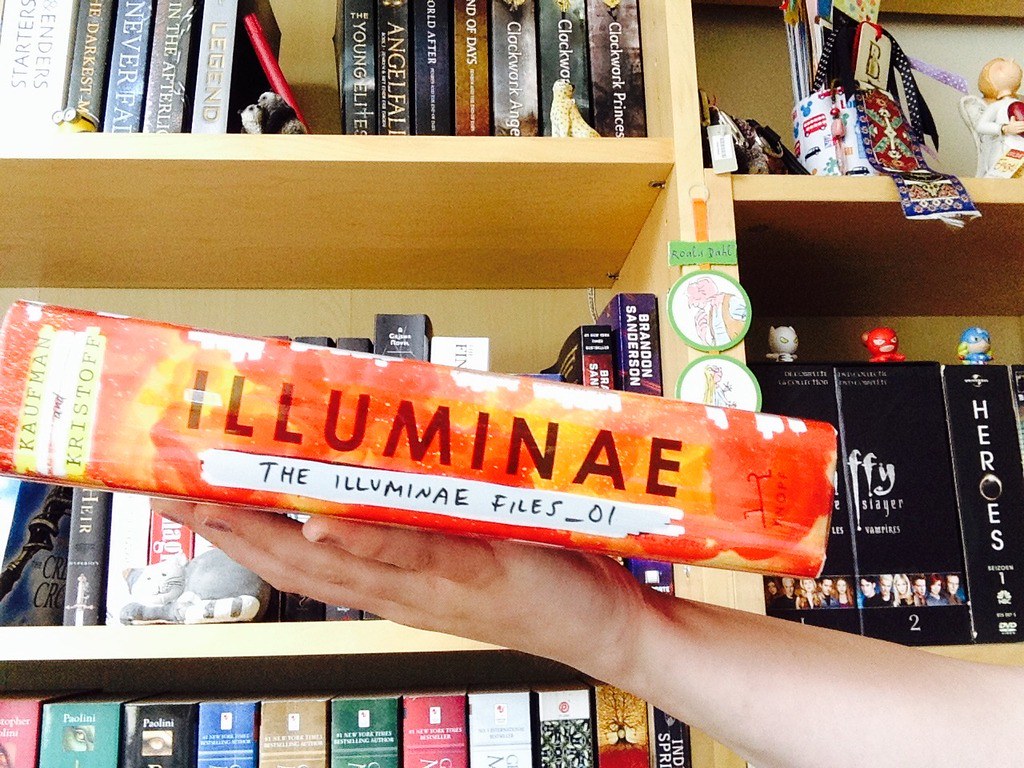 ★ Illuminae (Illuminae Files 1) by Amie Kaufman and Jay Kristoff
This was a bit of an impulse buy. While I heard good things I hadn’t purchased this one yet because of the price. However at the start of June I saw the hardcover for under 14 Euro which I couldn’t pass up to be honest. 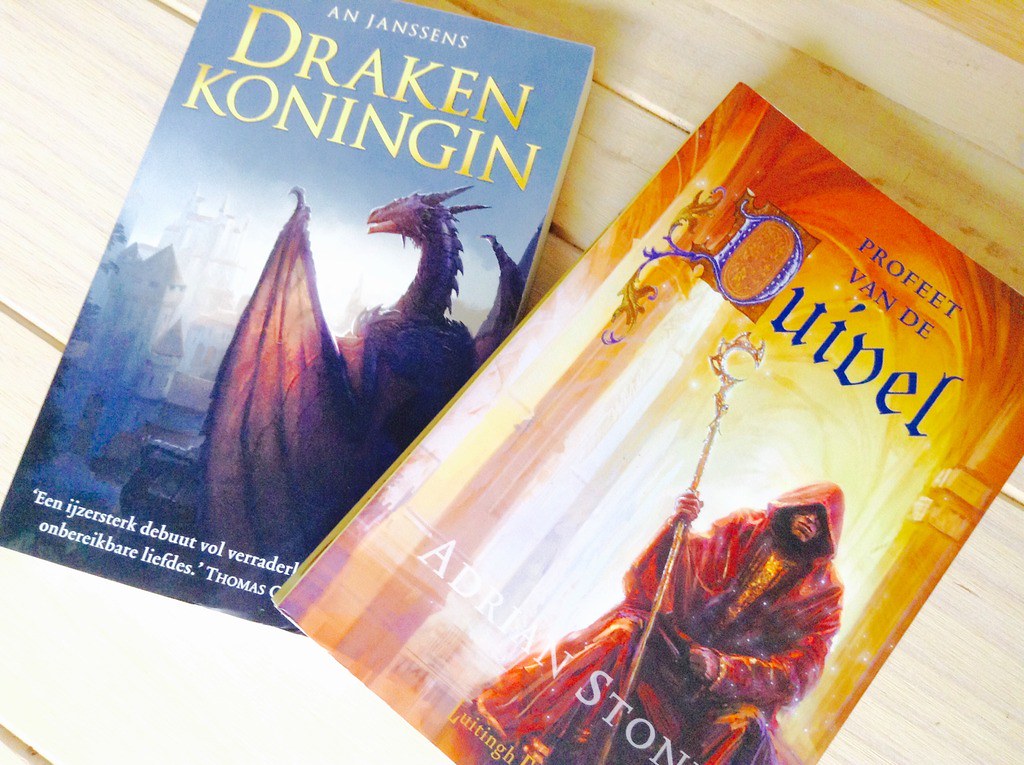 ★ Profeet van de Duivel (Duivel 1) by Adrian Stone
★ Drakenkoningin by An Janssens |
Two out of three books that I got from winning as I mentioned earlier. These books are by a Dutch and Belgian author which I need to read more of. I’ve always been curious about Adrian Stone’s books, and I recently saw the other book on instagram. The Drakenkoningin was a bit more damaged than the site said it was unfortunately, but since I didn’t really pay for it myself, I guess that is okay. 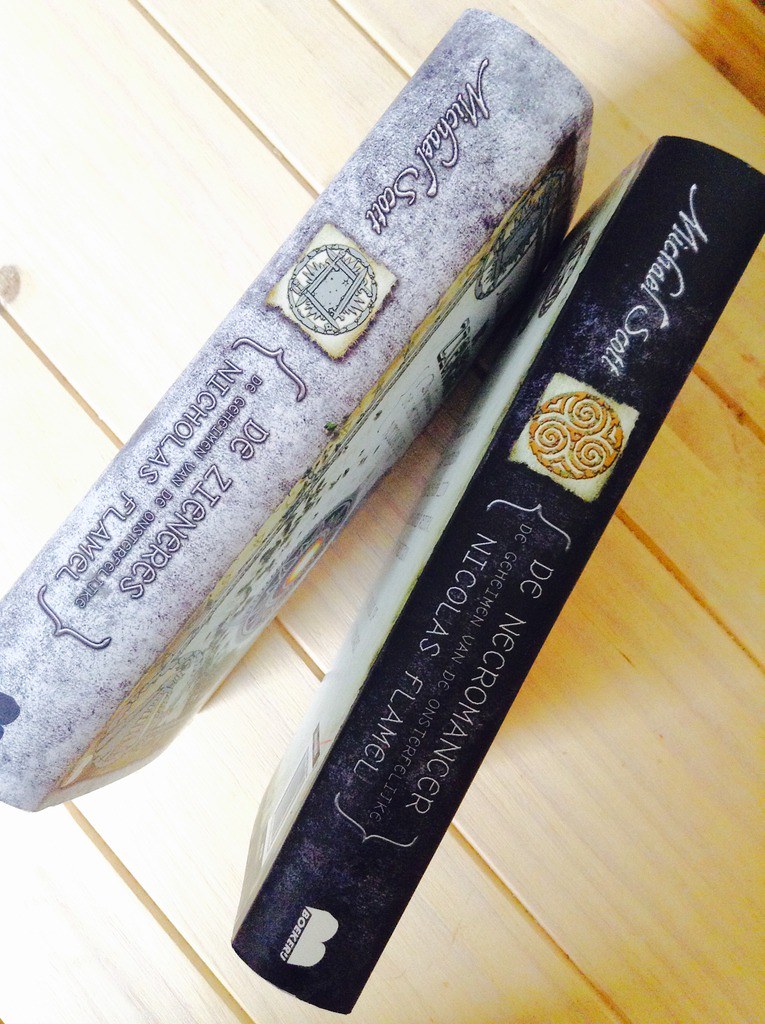 ★ The Necromancer and The Enchantress (The Secrets of the Immortal Nicholas Flamel 4 and 6) by Michael Scott
I own the first three, the fifth and a few novella’s, but without these two I can’t finish the series. I was in no hurry to do that. But  when I won that amount I saw The Necromancer and got it. Then at Boekenfestijn I saw the sixth book and had to have it. Now I can finish them in one go. 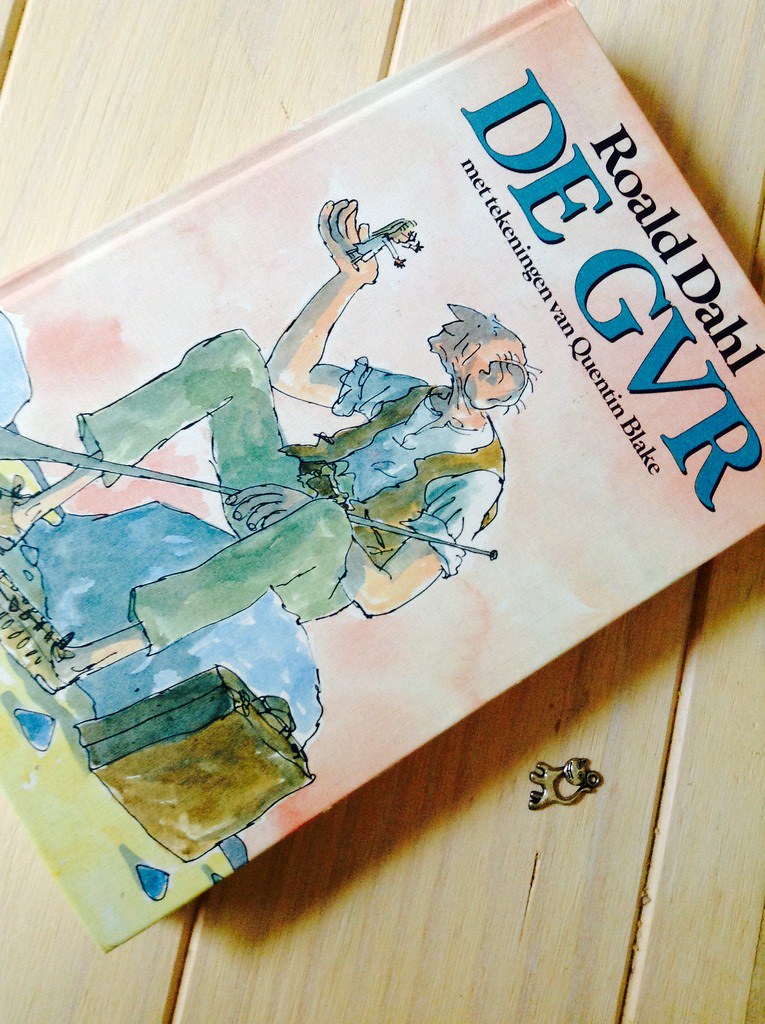 ★ The BFG by Roald Dahl This is one of those books that I had been looking for on book markets. With the movie coming out I felt like I had to have this. I want to reread the book before seeing the movie I think, and it is the first book I read on my own as a child. So it has some meaning to me. 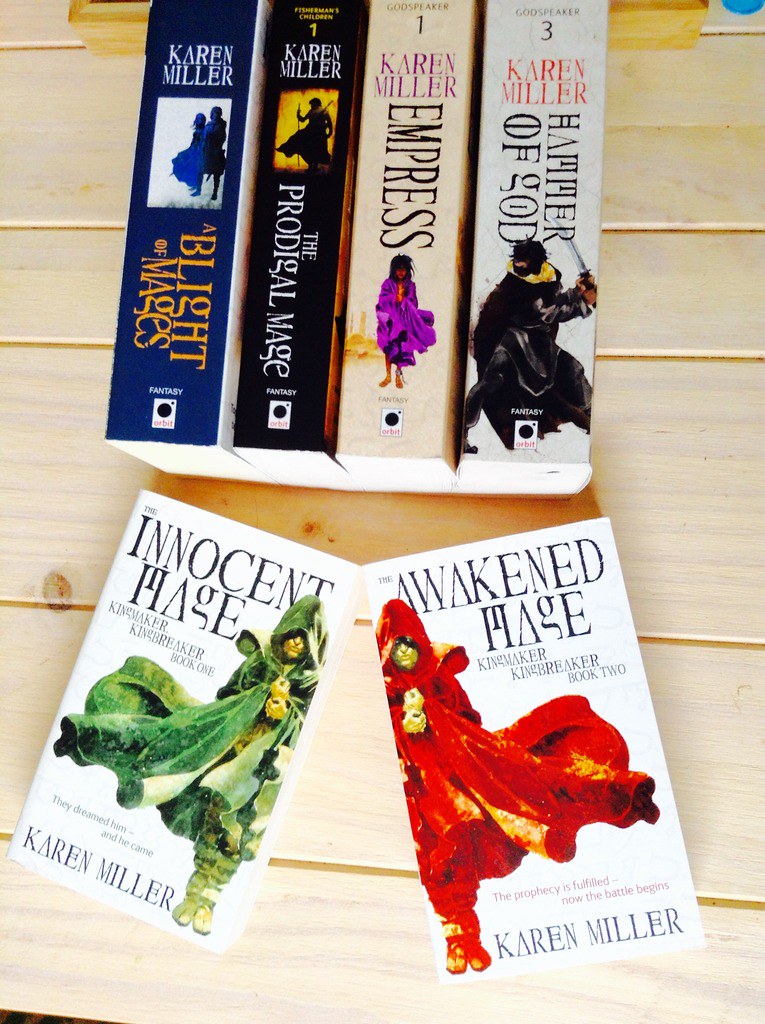 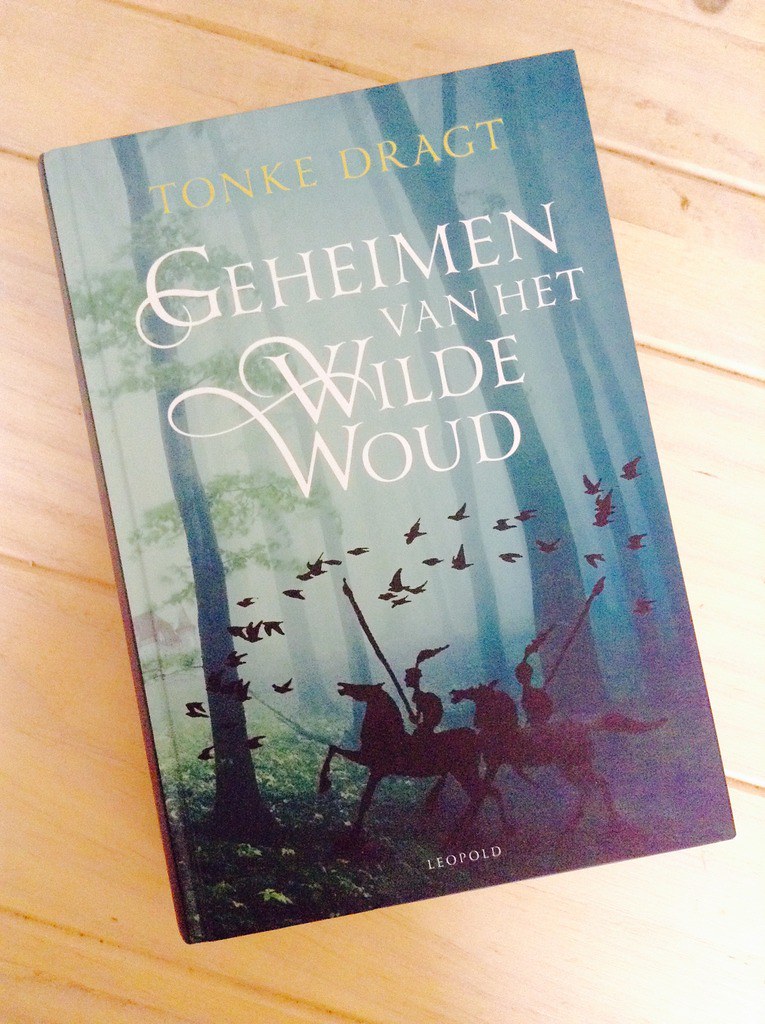 ★ The Secrets of the Wild Wood (Letter to the King 2) by Tonke Dragt
This is a Dutch children’s classic I suppose. It was translated to English in the last few years so that is interesting. I decided on buying them and rereading them because I remember so little of them. I found this on the book market for about half the price it would have been in the normal book store. And it matches the first one. 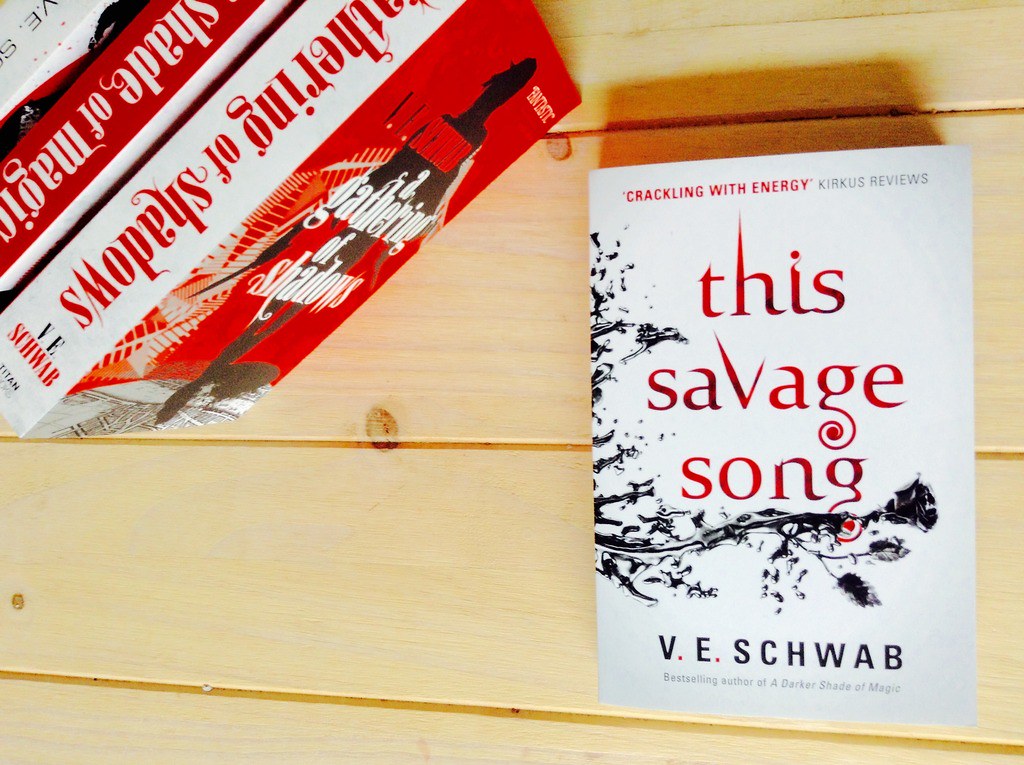 ★ This Savage Song by V.E. Schwab
This was a pre order I had placed that arrived. The UK paperback apparently released a month before the American hardcover which is a bit weird. But whatever. I like this cover and I have all books published as V.E. Schwab so far as a paperback. I love how they all have white and red. Looks great on the shelf together. 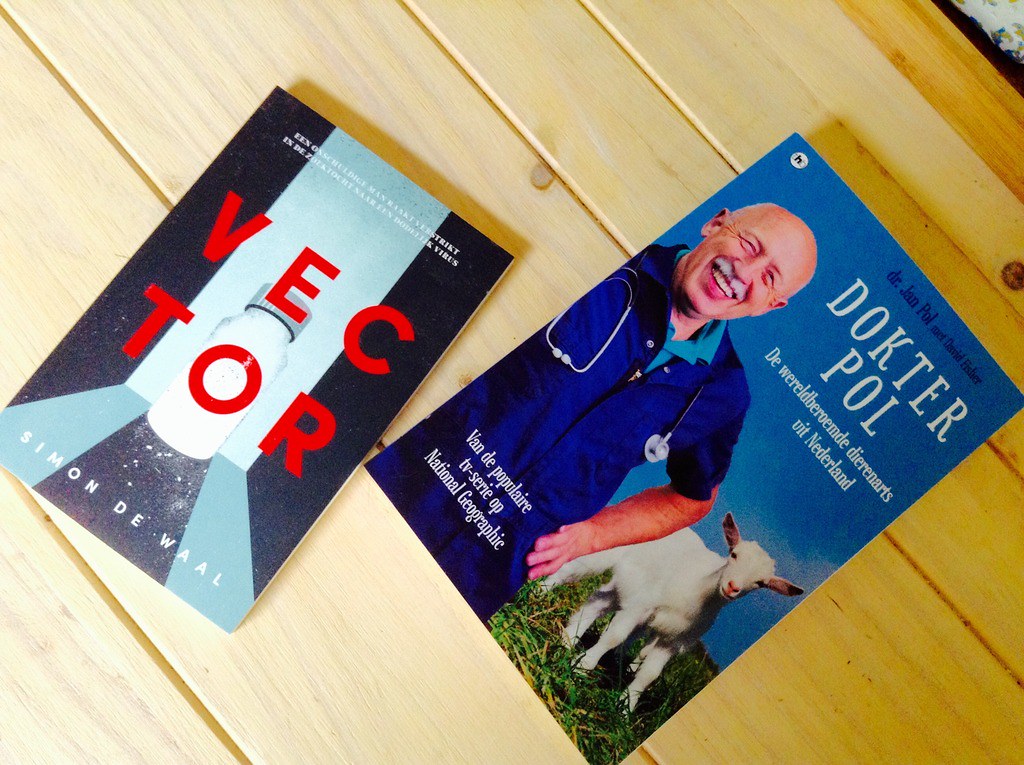 ★ Never Turn Your Back on an Angus Cow by Jan Pol and David Fisher
★ Vector by Simon de Waal
My parents visited us for the day at the start of June and my mom said I should pick out a book that I wouldn’t normally buy myself. I watch Dr. Pol’s show and find it entertaining. He’s Dutch so it easy to watch even though he lives in America now. Along with it I got this novella as it was the weeks of the thriller books in the Netherlands. They always do a book gift like that when they have these weeks.

★ The Time Machine by H.G. Wells
★ Sworn (Fallen Kings 1) by Gail Z. Martin
The only classic I bought this time at the Boekenfestijn was The Time Machine. It’s super tiny so a quick read. I still have a huge stack of classics to read from last time so I didn’t want to pick up a whole lot more. Sworn was one of two impulse buys at Boekenfestijn. But it sounded good. 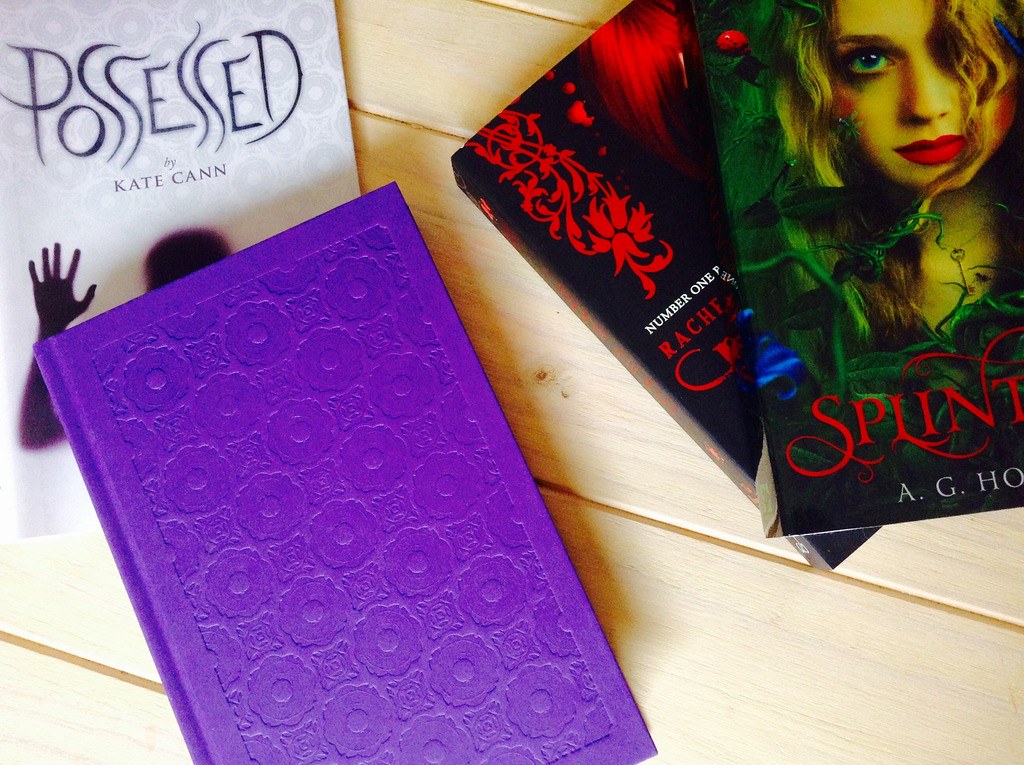 ★ Splintered (Splintered 1) by A.G. Howard
★ The Bite Club (The Morganville Vampires 10) by Rachel Caine
★ Possessed (Rayne 1) by Kate Cann
My last three purchases from the Boekenfestijn. Splintered I had on my radar for a while but never picked up. It was cheap so I took it along. I have a few other books from The Morganville Vampires that I purchased in recent years at the Boekenfestijn, so I grabbed this one along. And Possessed is my other impulse buy. It has such a pretty cover under the dustjacket though. Shhh…

I honestly thought this was going to be it but in the last week we visited three other bookstores a bit away from us like two English book stores in Amsterdam and one placed in an old theatre in Breda. So yeah. Here are six more. 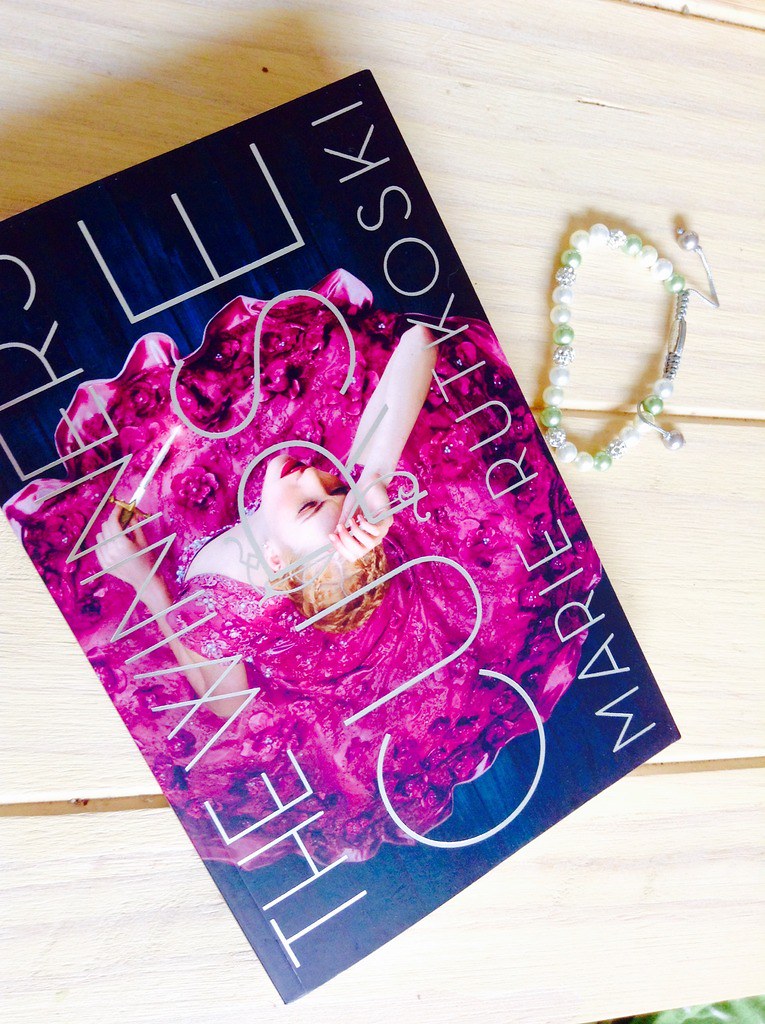 ★ The Winner’s Curse (The Winner’s Trilogy 1) by Marie Rutkoski
This has been on my interest list for a while now. The trilogy ended earlier this year so it I suppose it is a good time to start this. I think it is a bit different than what I am usually drawn to but it is always good to try out different things, right? 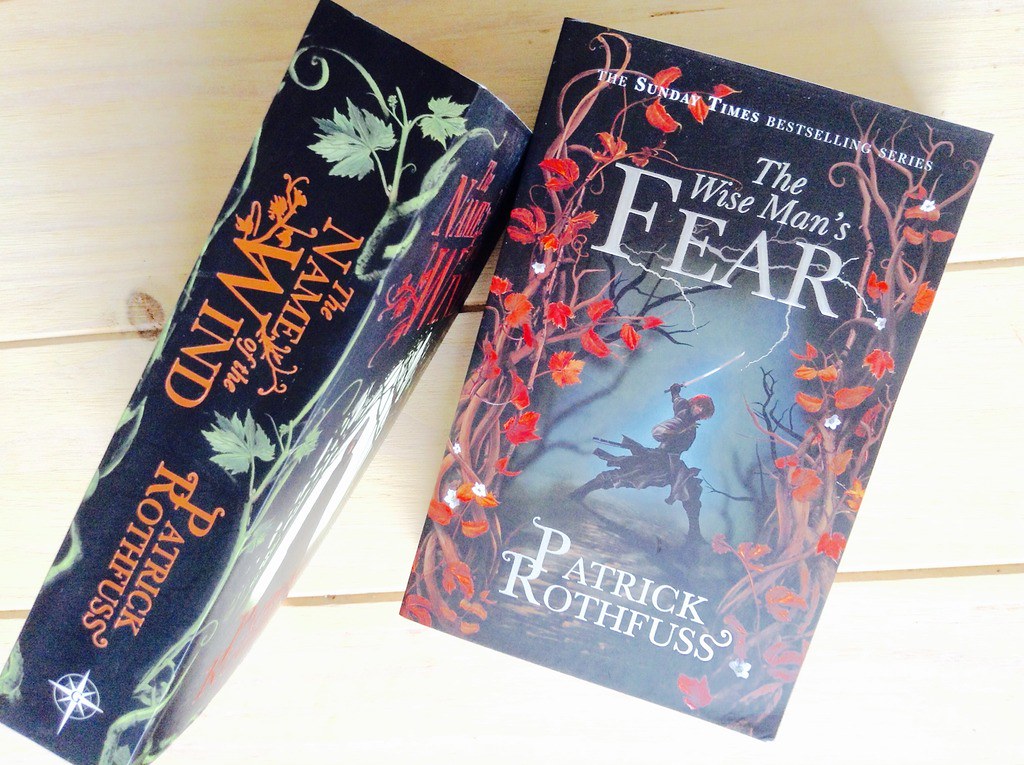 ★ The Wise Man’s Fear (The Kingkiller Chronicles 1) by Patrick Rothfuss
I really NEED to get to The Name of the Wind this year with the third one that is supposed to be released this year. Unless this has changed already? But I hope that getting this second one will kick my ass into picking it up. 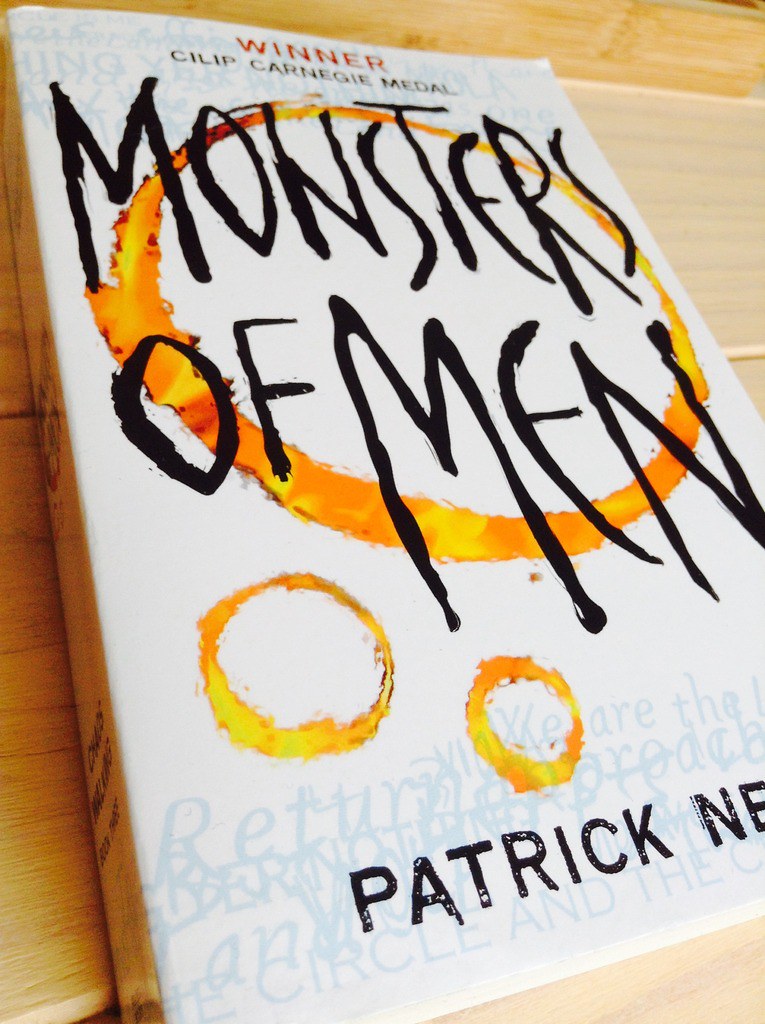 ★ Monsters of Men (Chaos Walking 3) by Patrick Ness
I saw this for 5 Euro on sale at ABC in Amsterdam and grabbed it since I do have the other two already. Unfortunately when I got home I noticed that it wasn’t entirely the same edition as the second book so now I have a complete mix matched series. Though they were all gotten through sale or a gift card so it’s not as bad I suppose. But still! Also on Monday it was raining so badly that my tote bags leaked and this one got slightly damaged. Sad me. 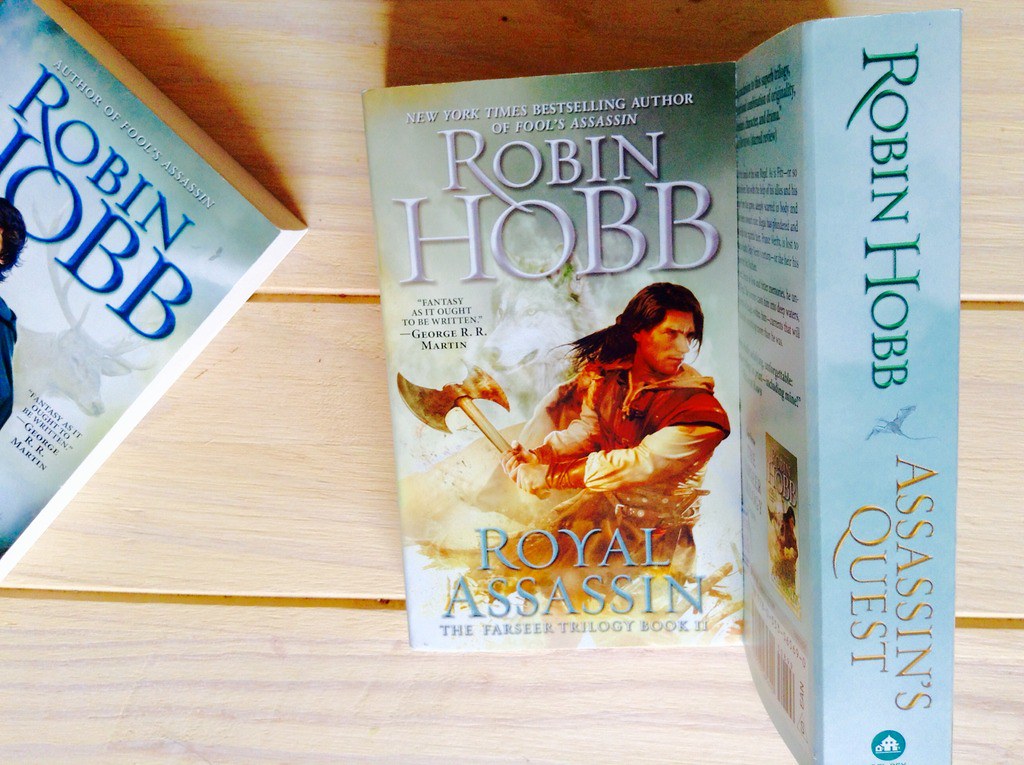 ★ Royal Assasin and Assasin’s Quest (The Farseer Trilogy 2 and 3) by Robin Hobb
I bought the first book earlier this year I think, but I couldnt find the second one in the same edition where I usually buy my books. So when I saw them at ABC I figured I’d just grab these both to make sure I have them all in the same edition. They aren’t as nice as those papery looking ones but these aren’t too bad cover wise I think. Also for a fantasy reader, I have never read a Robin Hobb book. Which I think is a shame. If I do like these I have a lot of Hobb books to catch up on I saw. Oops. 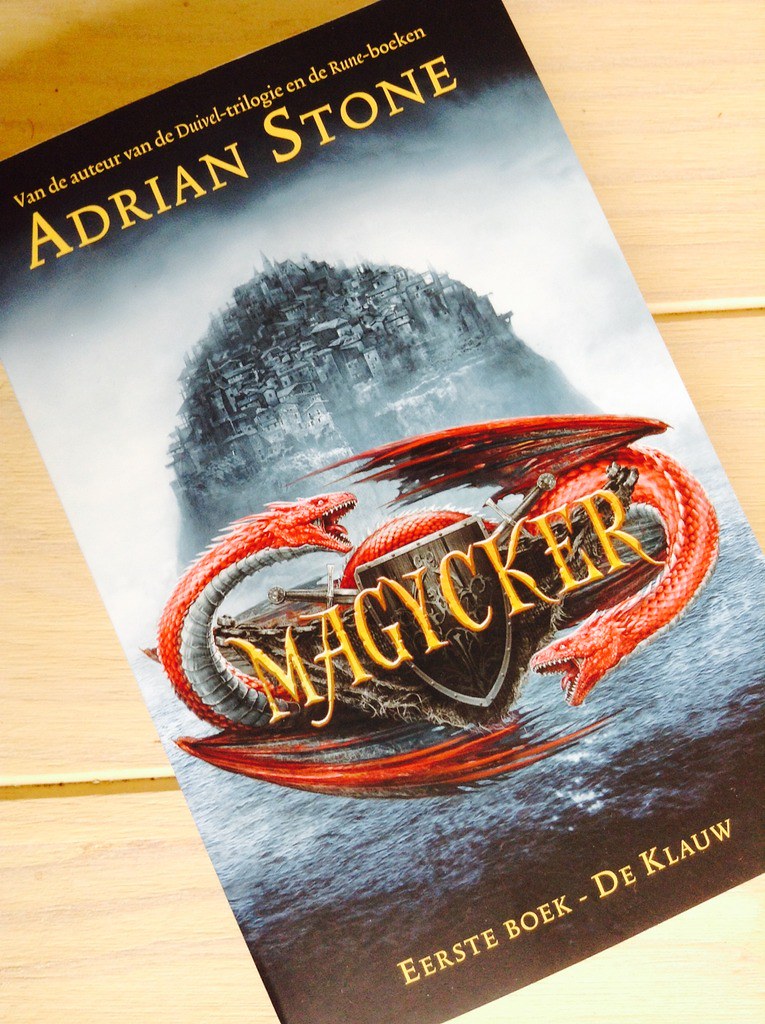 ★ De Klauw (Magycker 1) by Adrian Stone
Look at that cover. Dragons! You had better deliver on the dragon front. But honestly I’ve heard mostly good things about this so far. And one of the characters is autistic which is something I always find interesting to read about in a fantasy setting and to see how it is handled.

Don’t shame me for this huge ass haul. I already shamed myself hard enough.