Hello, almost end of the month January. It is time for a book haul. I had actually hoped that I wouldn’t have enough books for a book haul this month, but sales, gift cards and Christmas money made me buy books. Obviously not my own fault. Nope. 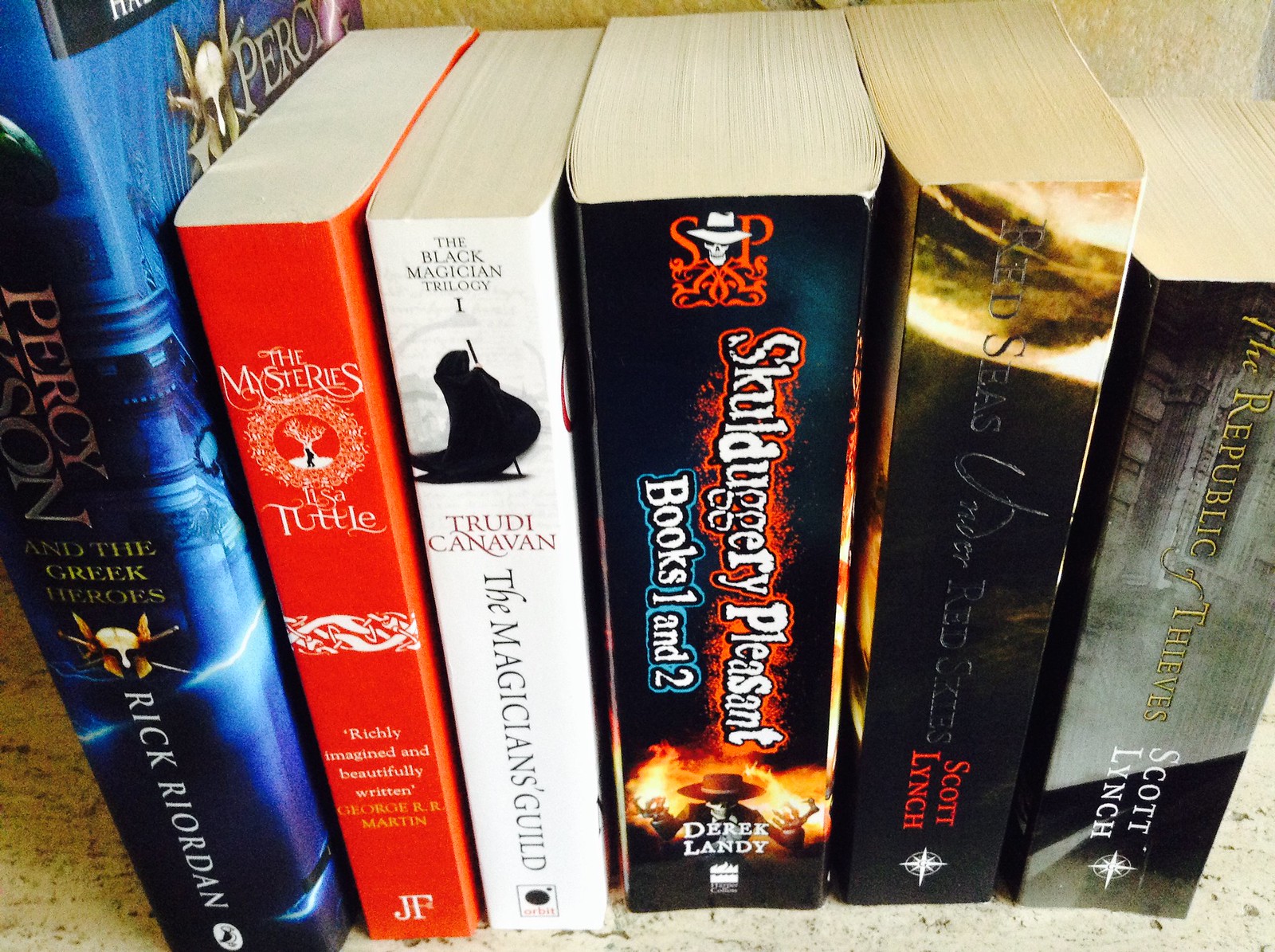 Truthwitch (Truthwitch 1) by Susan Dennard
– This was a pre order from December so technically I didn’t actually buy it this month. I’ve been excited for this book, but haven’t been able to make myself read beyond 30 pages which really sucks. It’s not you book, it’s not you! It’s just me ._.
Percy Jackson and the Greek Heroes (Percy Jackson and the Olympians compaion) by Rick Riordan
– You know, I wasn’t going to buy this book, but then I saw it for 10 Euro in hardcover and I needed to fill up my basket for free shipping anyway. Yeah, great life decisions, haha
Skullduggery Pleasant (Skullduggery Pleasant 1-2) by Derek Landy
– I’ve been meaning to read this series, and when I saw this bind-up I had to have it. It looks so nice!

So then I took my gift card and Christmas money into Zwolle last week. One warehouse had a big sale on books. They are basically bankrupt so a lot was on sale.

On Writing: A Memoir of the Craft by Stephen King
– This was cheap and a hardcover so I figured I’d get it despite it being something I normally wouldn’t get.
Harry Potter and the Goblet of Fire (Harry Potter 4) by J.K. Rowling
-Obviously I already have this book in English, but I’ve been collecting these Dutch editions for my husband to read. Yes I did buy something for him with my Christmas money. Aren’t I the sweetest. 😉
I Am Messenger by Markus Zusak
– I wasn’t sure if I wanted to read this but again this was cheap so I went for it.

Then I went to the book stores there, and got these two with my gift card.

The Mysteries by Lisa Turttle
– I saw this and thought the synopsis sounded interesting. Just something a little more out of my comfort.
The Republic of Thieves (Gentleman Bastard 3) by Scott Lynch
– At this point I didn’t own the second book but I never saw the second one in any of the book stores so I just grabbed this. I could always order the second one.

Last Sunday we went to Almere and of course I visted a book store there. I came out with these two books which my husband gifted to me.

The Magicians’ Guild (The Black Magician 1) by Trudi Canavan
– I’ve been wanting to read something by Trudi Canavan, but I could never find the very first book in the book stores until now.
Red Seas Under Red Skies (Gentleman Bastard 2) by Scott Lynch
– And then I saw the second book of the Gentleman Bastard series and obvioulsy I grabbed it. Too bad all three books now have differing height. Insert weeping here.

And lastly we also went to the above mentioned warehouse in Almere where I found the other Dutch Harry Potter copies. And like The Goblet of Fire, they were cheap 3-5 Euro. Considering online I’ve seen them from 10-12,50 we grabbed them instantly and I bought them for my husband.

So yeah, a lot more books than I had intended to get. Though at least I didn’t buy most with my own money. Sort of. Also I did not do anything with my new goal for this year to get more ebooks. Hopefully next month…