Did you think that the books from my birthday haul were the only books I got this month? Yeah, I didn’t think you would. October was a great month for new releases, and I had a few pre-orders coming in that were kind of my present to myself.

I don’t think it’s too bad what I got. Some were really cheap. I feel that is always important to point out, haha. I’m hoping to have less books next month, but I can’t make any promises. Anyway, let me know which books you got this month, and if you have read any of the books I’ve gotten. 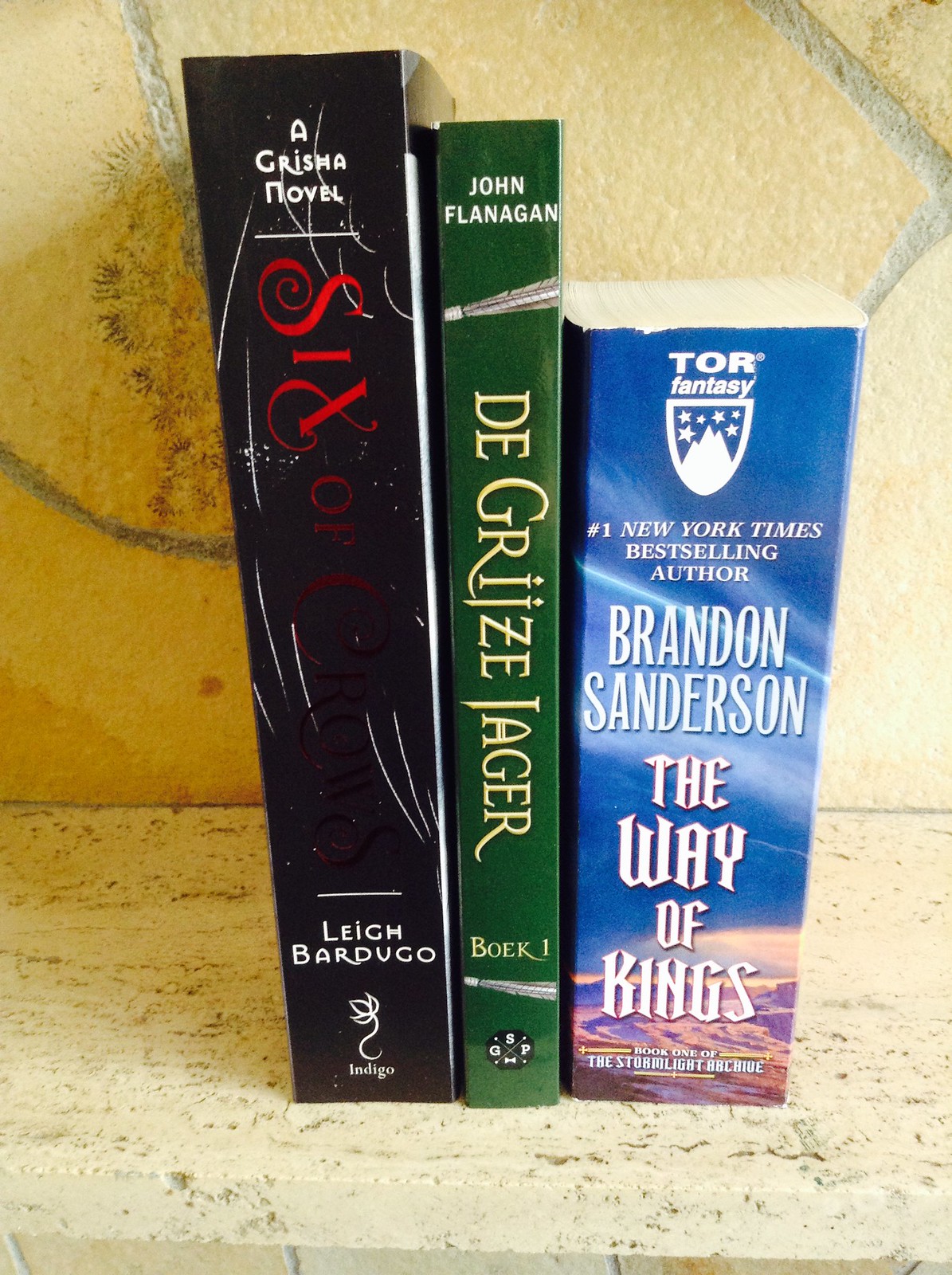 The Way of Kings (The Stormlight Archive 1) by Brandon Sanderson
★  So this is the book I mentioned in my last book haul that had been damaged. So I got the new copy a few days after I posted that post. Initially I wanted to get all of Brandon Sanderson in those white UK versions but they are a lot more expensive and this book is divided in two book in those editions. So since I haven’t read any of his books yet (though I own Final Empire) I figured I didn’t want to invest that much into it yet.

The Kingdom ( Graveyard Queen 2) by Amanda Stevens
★ This was on my list since I was it was coming out in print in September. And luckily I found it in our local book store. I read the first book as an ebook earlier this year and then purchased the Dutch copy when I saw it. While I wasn’t in love with it I think it’s one of the few paranormal crime that I am really interested in at the moment, and I’m curious to see where it will go.

Six of Crows (Six of Crows 2) by Leigh Bardugo
★I already mentioned in a Sunday Post a few weeks ago that I had found this in the local book store. I was so happy. I had been planning to pre-order it that weekend but it was already early in the store.

So remember the Boekenfestijn, the book fair where I went earlier this year? They have put up a web shop a while ago. Initially not a lot was on there, but there seems to be more now though a lot seems unavailable. But I decided I’d try it out. So I ordered these three there. I didn’t even pay 15 Euro with shipping.

Clockwork Prince (The Infernal Devices 2) by Cassandra Clare
★So I already have this book as a paperback, but it’s pretty and apparently a collector’s first edition so why not.
Buffy the Vampire Slayer, Volume 3 (BTVS Collection 3) by various authors
★ I love Buffy and this is an omnibus of three stories that was failry cheap. It’s not the best copy, but I don’t nessecarily mind with these kind of books.
The Deathly Hallows (Harry Potter 7) by J.K. Rowling
★ I’ve said in a top ten Tuesday that I threw away my Harry Potter dustjackets when I was a teen so when I saw this fairly cheaply, I had to have it. Quite happy with it.

The Sword of Summer (Magnus Chase and the Gods of Asgard 1) by Rick Riordan
★ It’s so pretty. And yes I went with this cover and not the fire one. I didn’t like it with the figure in front of it. The arcs with just the wolf and fire were prettier than the finished copy I felt. And this matches better with my Heroes of Olympus copies.
It’s a Wonderful Death by Sarah J. Schmitt
★ I’ve been wanting this since I heard of it back in January. So happy with it.

Ice Like Fire (Snow Like Ashes 2) by Sara Raasch
★ Another pre order for the month of October! I really liked Snow Like Ashes so I can’t wait to read this.

The Philosopher’s Stone (Harry Potter 1, illustrated version) by J.K. Rowling
★ I was not going to get this but than I saw it online for half price, and I could not resist! And it is so pretty.

The Ruins of Gorlan (The Ranger’s Apprentice 1) by John Flanagan
★ I’ve been meaning to read this so when I found this cheap copy at Kruidvat I got it.

Artemis Fowl (Artemis Fowl 1) by Eoin Colfer
The Arctic Incident (Artemis Fowl 2) by Eoin Colfer
★ I found these cute little Dutch pockets of the books in the second hand book store for 3 Euro each. I’ve been meaning to read these as well, but I didn’t want to spend too much on them. They’re not big so hopefully I can read them soonish in between some others.

The Letter for the King by Tonke Dragt
★ For a while now I’ve been seeing the translated to English version around of this Dutch children’s book and it made me realize that we don’t own it and that I need to reread it because I remember very little of it.

And lastly I got this Ygritte funko that is super cute. I didn’t realize how much I liked her until that thing happened in the books. Clear much, right? Haha.