It is that time of the month again where I share with you the books that I acguired this month. This book haul consists mostly of Terry Pratchett books. Because some were cheaper. Others I had planned on getting this month because of the release of the last Discworld book. The last two books (in this haul, not Terry Pratchett) I got in a 2+1 sale but unfortunately the +1 paperback was badly damaged and we had to send it back to get a new one. So I’ll haul that one next month. 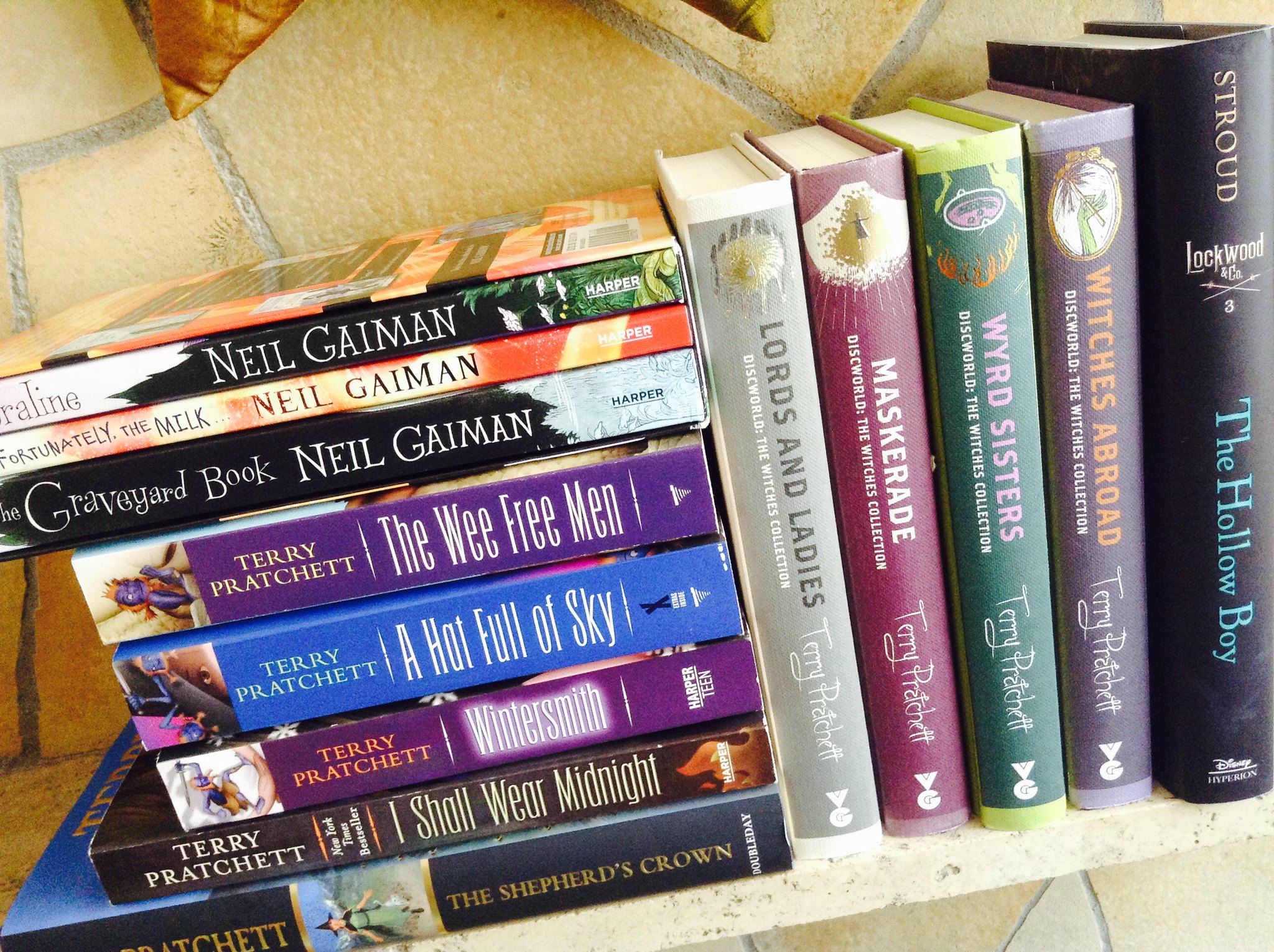 I Shall Wear Midnight (Discworld 38, Tiffany Aching 4) by Terry Pratchett
The Shepherd’s Crown (Discworld 41, Tiffany Aching 5) by Terry Pratchett
★ My I Shall Wear Midnight is bigger than the other three, and I’m a little upset about that. I thought they’d match seeing as they have the same cover editions 😦 So that sucks. And I have the last Discworld book in hardcover. It is very pretty.

Snow White by The Brothers Grimm. Illustrated by Camille Rose Garcia
★ This book is just so pretty. The illustrations are great, and I love how it is formatted with different fonts and sizes.
The Hollow Boy (Lockwood & Co. 3) by Jonathan Stroud
★ I got it on its release day! I am really loving this series.

Sisters Red (Fairytale Retellings 1) by Jackson Pearce
★ I saw this in Dutch for 4 Euro so I thought I’d grab it as I’ve been more interested in fairytale retelllings.

Armada by Ernest Cline
★ So I haven’t read Ready Player one, but when I saw this one in hardcover included in the 2+1 sale, slightly cheaper than normal I figure I should give it a go. I know a lot of people don’t like it after having read Ready Player One, but as I haven’t read that one I think there is a bigger change that I will like it.
The Martian by Andy Weir
★ With the movie coming out (October 1st here) and having heard only good things about this one, I thought it would be good to step out of my comfort zone to give it a go some time.