Hello on this last Saturday of August. It is time for another book haul. It’s a reasonable amount I suppose. More than I would have liked, but getting books at the Deventer Boekenmarkt I had not calculated on. Otherwise I mostly got the books I had planned on getting this month. Let me know in the comments which of the following books you have read, and what books you purchased this month. 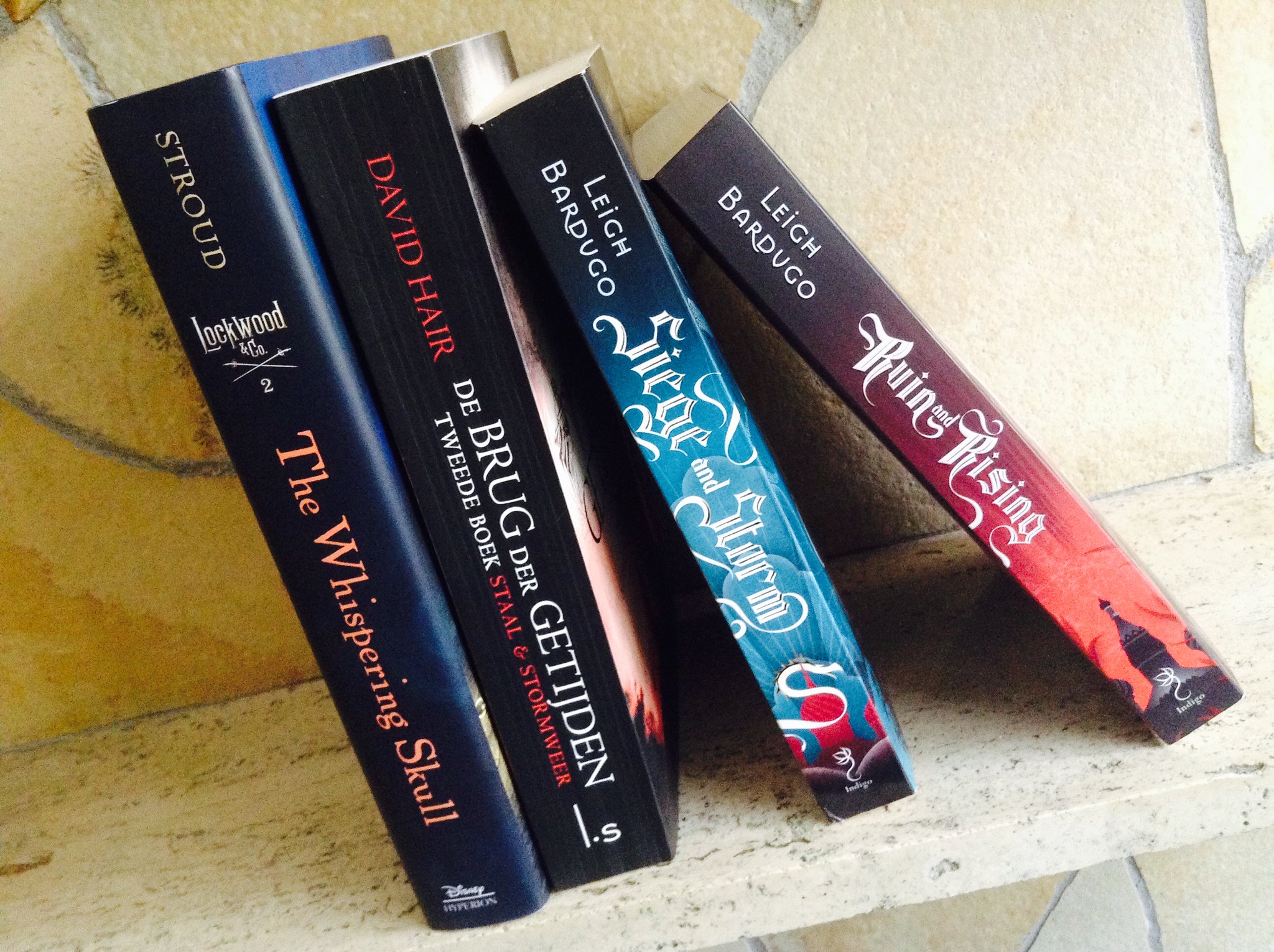 As I mentioned in the Sunday posts, in the first weekend of August I went to the Deventer bookfair and got me some books. These weren’t planned at all, but I’m still very happy with them.

The Scarlet Tides (Moontide Quartet 2) by David Hair
★ I have the first book of this and I have yet to read it. Somehow I hardly ever see this second one in the stores at the moment, so I figured I’d pick it up as well.

20.000 Leagues Under the Sea Parts 1 and 2 by Jules Verne
★ I’ve been eyeing these copies in second hand stores for a while and I finally bought them at this book fair.

Het Levende Labyrint (De Verborgen Universiteit 2) by Natalie Koch
★ Finally! I ordered this at the end of May, but it went temporarily unavailable. I finally got it at the start of this month. ❤

The Whispering Skull (Lockwood & Co. 2) by Jonathan Stroud
★ Initially I was going to wait until the paperback came out in September. However I decided that as I love Jonathan Stroud anyway it was good to invest in hardcovers with his books. Unfortunately I can’t seem to get the first one in hardcover.

Magonia (Magonia 1) by Mariah Dahvani Headley
★ I just noticed this is going to have a sequel.

Amulet, v1: The Stonekeeper by Kazu Kibuishi
★ There has been an increase of talk about graphic novels as of late, and though I have read a lot of manga back in high school, I never read graphic novels or comics (besides Suske and Wiske back in the day). Highly recommended came Saga and Amulet. Out of those two Amulet sounded the most interesting, and it was what I choose to purchase. I’ve already read it and liked it.

Rarity from the Hollow by Robert Eggleton
★ I received this book from the author in exchange for an honest review. So I’ll be reading this soon!