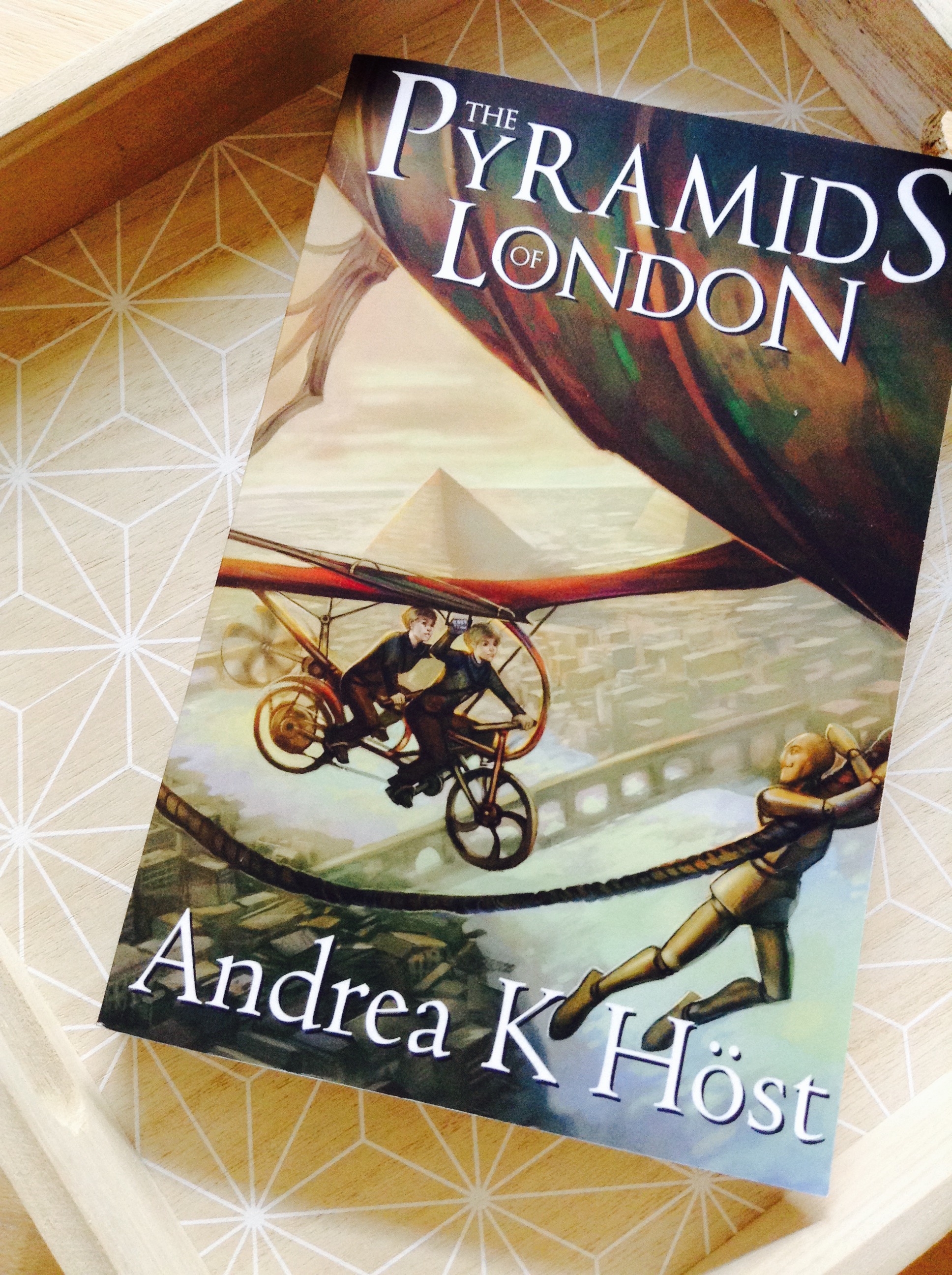 I was given a free review copy through netgalley.

In a world where lightning sustained the Roman Empire, and Egypt’s vampiric god-kings spread their influence through medicine and good weather, tiny Prytennia’s fortunes are rising with the ships that have made her undisputed ruler of the air.

But the peace of recent decades is under threat. Rome’s automaton-driven wealth is waning along with the New Republic’s supply of power crystals, while Sweden uses fear of Rome to add to her Protectorates. And Prytennia is under attack from the wind itself. Relentless daily blasts destroy crops, buildings, and lives, and neither the weather vampires nor Prytennia’s Trifold Goddess have been able to find a way to stop them.

With events so grand scouring the horizon, the deaths of Eiliff and Aedric Tenning raise little interest. The official verdict is accident: two careless automaton makers, killed by their own construct.

The Tenning children and Aedric’s sister, Arianne, know this cannot be true. Nothing will stop their search for what really happened.

Not even if, to follow the first clue, Aunt Arianne must sell herself to a vampire.

The title instantly grabbed my attention as I was browsing through netgalley. The synopsis told me I had to read this. It has so many things in it that catch my attention. Vampires, pyramids and hints of a great world. I was certainly not disappointed.

This book has a very intricate world building. At the start it felt like it was assumed that we, the readers, already knew about the world as not a whole lot was immediately explained. There was enough there thought to keep my interest. Later on things are explained so that the start falls into place more. And I am fairly certain I am in love with what I have grasped of this world so far. But I do think I need to reread the book to be able to grasp the whole world completely.

The world provides an odd mix of steampunk, weather vampires and mythology. There are different countries and they all have their own beliefs. Before hand one could easily say it might not work, but everything is very well thought out. Nothing feels forced in this world. Another thing that stood out to me is how LGBT was normalized. There was no forcing a label on someone. The young girl has a crush and the sex of the other does not matter. I like that a lot.

There was a moment at the start where I wondered if it was going to walk the familiar route of female being bitten by vampire and her being enthralled by him and so on. However it did not go there. I appreciated the response Rian had towards the vampire. Her apprehension throughout most of the book was a normal response to what had happened.

As for the characters I liked Rian and the twins. The vampire and the royal family were very interesting. There are however a lot of characters introduced throughout this book, and though there was never instance that it became confusing, there was not enough time to delve into some of these characters.

This book could have been a 5 star book for me if I had a better grasp of the world and if I was more attached to the characters. But it is certainly a great start to a series and I can’t wait to read the second book! Which comes out next year. Such a long wait.

7 thoughts on “Book Review – The Pyramids of London”