This is an older review from last year that I am posting because I will be reading the second book soon, and hopefully reviewing that here as well. 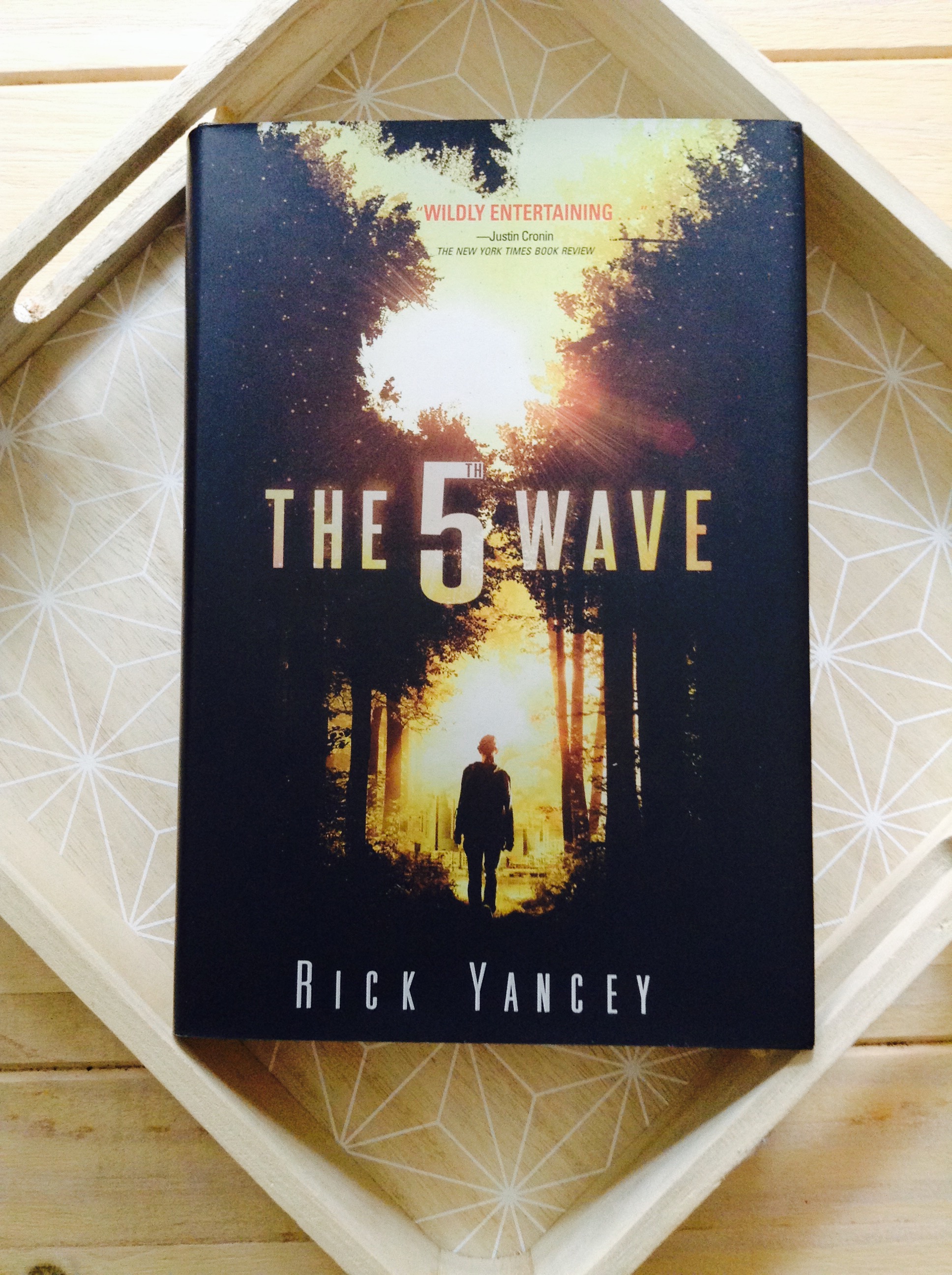 Now, it’s the dawn of the 5th wave, and on a lonely stretch of highway, Cassie runs from Them. The beings who only look human, who roam the countryside killing anyone they see. Who have scattered Earth’s last survivors. To stay alone is to stay alive, Cassie believes, until she meets Evan Walker.

Beguiling and mysterious, Evan Walker may be Cassie’s only hope for rescuing her brother—or even saving herself. But Cassie must choose: between trust and despair, between defiance and surrender, between life and death. To give up or to get up.

You know, I have always been one of those that dislikes reading first point of view changes between two characters, let alone mixing in third point of view. I still stand by my dislike for that. But for some reason in this book it worked. It worked because before there was too much changing between characters, we’d spend so long in Cassie’s and later Ben’s head. I knew their voices. I’d already gotten to know them. It didn’t bother me which was a surprise to me. It was done well. Well thought out when to change point of view. The way the book is set-up with those gorgeous part dividers in between, helps.

For some the start felt slow but I liked it. Cassie grabbed me from the start. I’m glad we got to spend the first 100 pages or so in her head and found out most through her. I like her as a character and I like her sometimes sarcastic comments on things. She’s not stupid but sometimes wishes she could follow her feelings instead. Her relationship with Evan is interesting to say the least. I kind of like him. It is a good thing we didn’t spend so much time in his head though and that we got to know him more through Cassie.

I had a bit more trouble getting into Ben. He didn’t stand out as much as Cassie. Once he got more in with his team, that picked up a bit.

A lot of the things what happened regarding the plot weren’t huge surprises. I knew long before it was mentioned, that it was Ben or who Evan was. It didn’t bother me though. I was invested in the characters, mainly Cassie.

I read it in one sitting. It grabbed me and did not let me go.