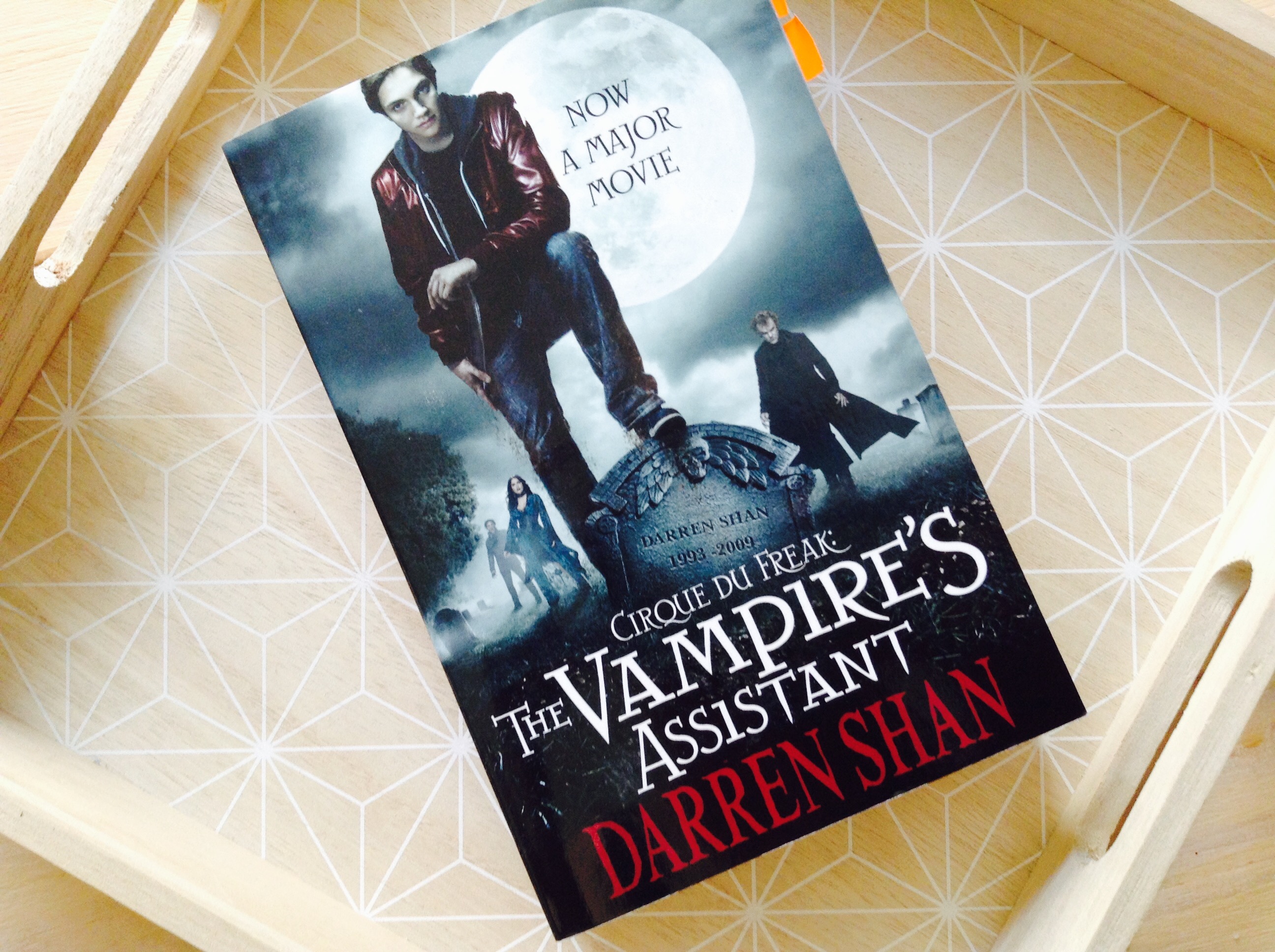 In the tradition of Stephen King’s ‘Salem’s Lot, Cirque Du Freak is the frightening saga of a young boy whose visit to a mysterious freak show leads him on a journey into a dark world of vampires. Filled with grotesque creatures, murderous vampires, and a petrifying ending, Cirque Du Freak will chill, thrill, and leave readers begging for more.

This bind-up consists of: A Living Nightmare, The Vampire’s Assistant and Tunnels of Blood.

I watched the movie The Vampire’s Assistant years ago. And honestly, I can’t remember much from it besides the bare bones. However I remember finding the idea interesting and when I found the bind-up of the first three books of the series at Boekenfestijn, I instantly grabbed it.

The overall idea of the world of Cirque Du Freak is solid. It moves away from the stereotypical vampire within mainstream media without losing the essence. That a vampire is a predator. I also mostly enjoy the freak show, though sometimes I wished more was done with that. However there are plenty more books in this series. The plot in the first book is a tad wonky, and overall the plot in the first three books do rely heavily in places on not communicating with other people. If some actually talked and were honest, some of the issues would not have occurred. I do appreciate how the author doesn’t shy away from heavier topics, like the funeral at the end of the first book. Plenty of authors would have skipped past that part, especially in middle grade.

I have to say that I am glad I got the bind-up and that I read it all right after each other. The books themselves are short. I think they are ideal for the target group, middle grade. I do wish that in the second book the prologue had not been such a summary of the first book and that the first chapter had not been in third point of view. The rest of the book, and the other books, are in first point of view. It didn’t add a whole lot either.

The characters are okay. Darren, the main character, I liked initially in the first part of the first book, but with the events in the second half of that book I lost some respect for him because of the decisions he made. However it does show him as a flawed character. Throughout these first three books you do see him grow. This especially shows in the third book. He knows more about being a (half) vampire and doesn’t need to rely as heavily on Mr. Crepsley.

I have not decided how I feel about Mr. Crepsley. He’s a bit of a grumpy vampire, and especially in the first book, not all that likeable. I quite enjoy Ezra’s character. He evens out Darren.

There are plenty of characters to explore in the next few books, and I can see some possible story lines with them with the hints we’ve been given so far. I think this is an excellent middle grade book for children that love a bit of horror and macabre.