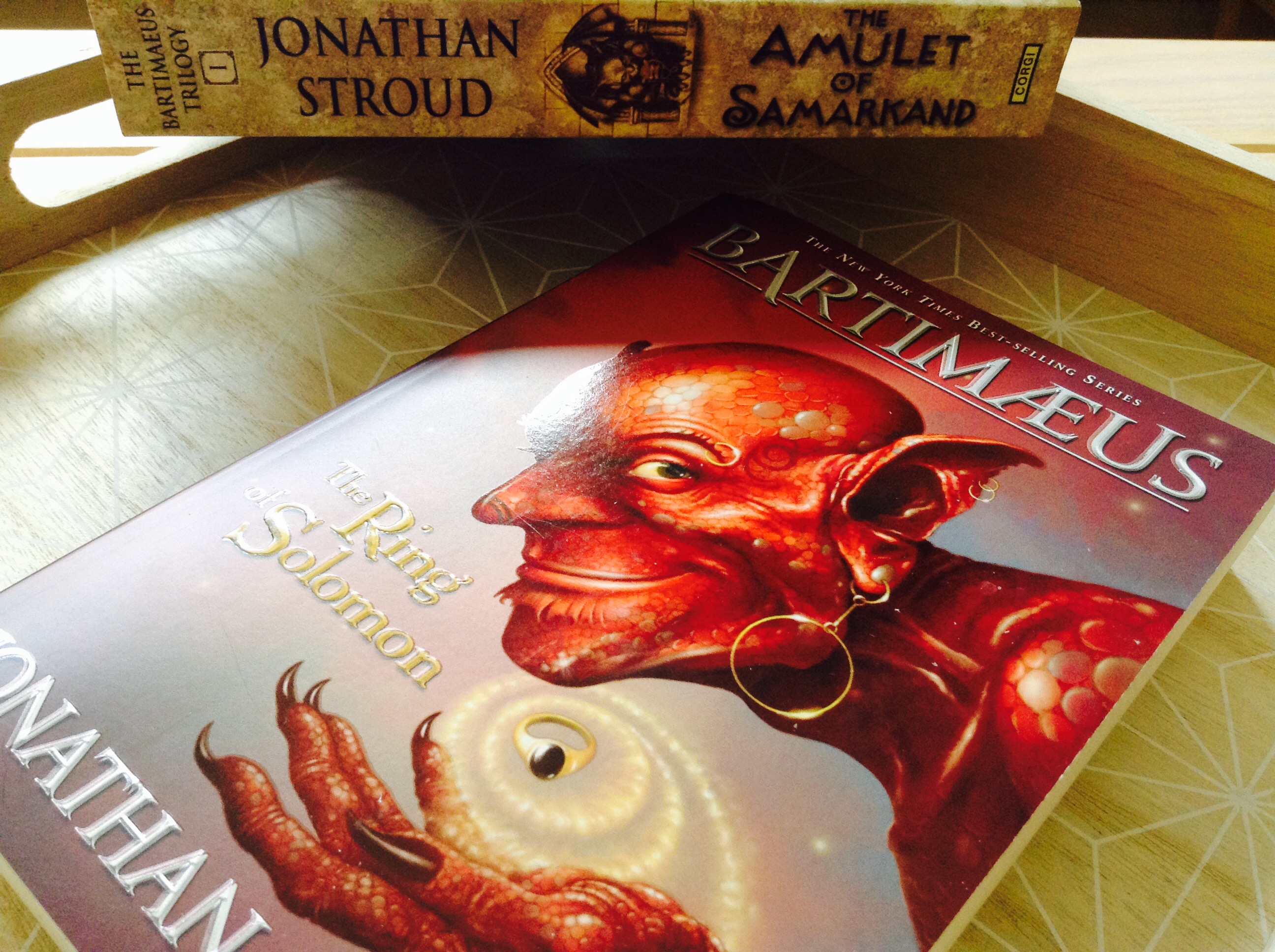 Prequel to the Bartimaeus trilogy, starting with The Amulet of Samarkand.

Bartimaeus has served hundreds of magicians during his 5,010 year career. Now fans can go back in time with the djinni, to Jerusalem and the court of King Solomon in 950 BCE. Only in this adventure, it seems the great Bartimaeus has finally met his match. He’ll have to contend with an unpleasant master and his sinister servant, and he runs into just a “spot” of trouble with King Solomon’s magic ring.

I have never hidden my love for the main Bartimaeus trilogy so I was quite happy to return to this world with one of my favorite characters, Bartimaeus. This prequel leaves me a tad conflicted though.

Bartimaeus was once again brilliant in this book. That wasn’t the problem. Or maybe it was. Whereas with the main trilogy Bartimaeus was amongst a great cast of characters and a dark, steady plot, this book is somewhat lacking in that department. The plot is more predictable, and while the characters are pleasant, they don’t stand out too much next to Bartimaeus. In fact some characters only shined a little when they interacted with him.

I love the idea of Amrita, the other main character next to Bartimeaus. A strong woman who is skilled in fighting from Sheba, fulfilling the task of her queen. But following her thoughts in her chapters wasn’t that interesting. I also had a hard time connecting with her. I did like how Bartimaeus made the comparison to that if he was a slave so was she.

This book definitely needs to be read after reading the main trilogy. I have seen some that have read this before, but that is not recommended. While this is an enjoyable read for those of us that enjoy Bartimeaus, it is certainly not a good introduction to the world that Stroud created with this series.

4 thoughts on “Book Review – The Ring of Solomon”