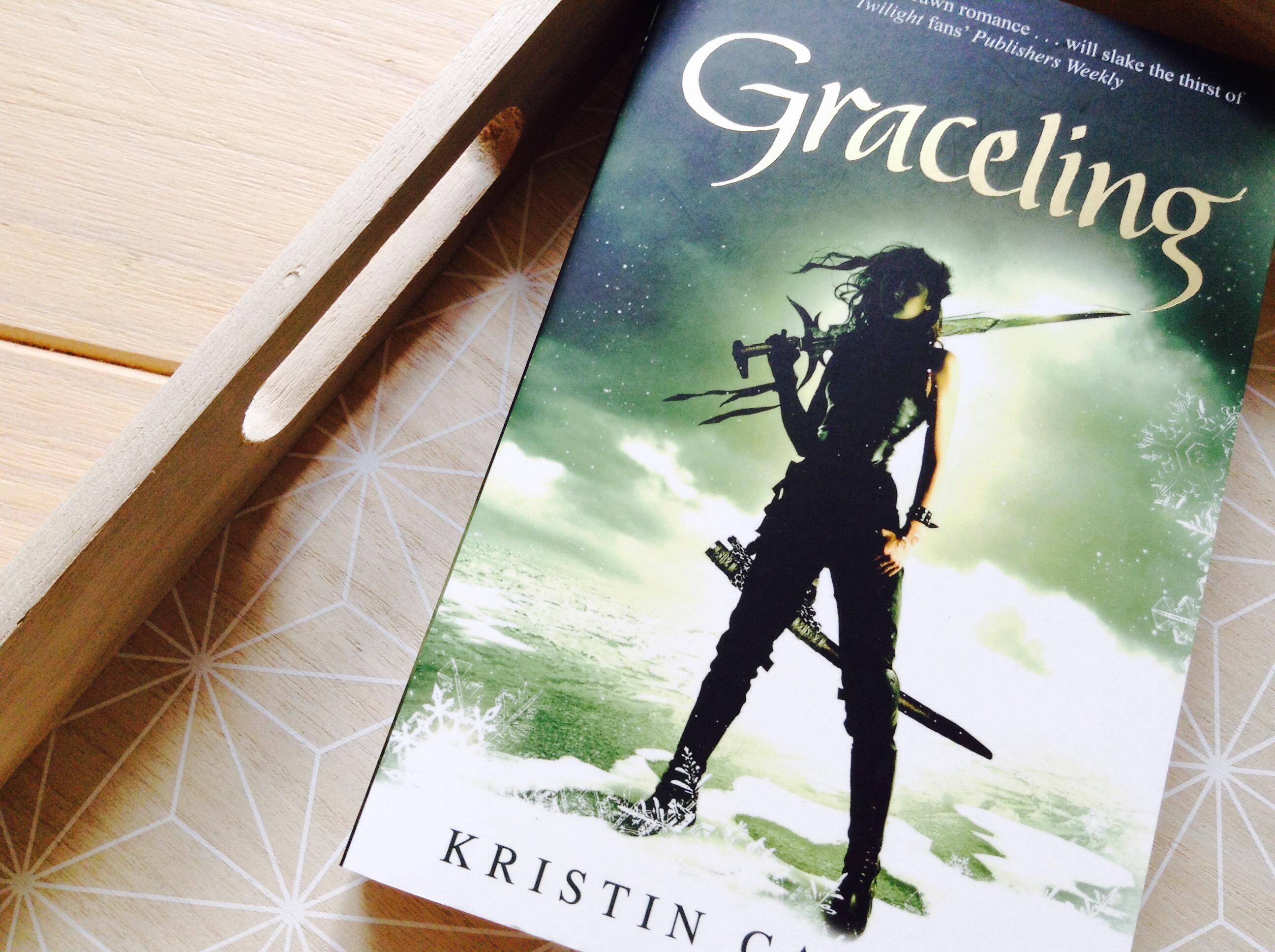 In a world where people born with an exceptional skill, known as a Grace, are both feared and exploited, Katsa carries the burden of a skill even she despises: the Grace of killing.

Feared by the court and shunned by those her own age, the darkness of her Grace casts a heavy shadow over Katsa’s life. Yet she remains defiant: when the King of Lienid’s father is kidnapped she investigates, and stumbles across a mystery. Who would want to kidnap the old man, and why? And who was the extraordinary Graced man whose fighting abilities rivalled her own?

The only thing Katsa is sure of is that she no longer wants to kill. The intrigue around this kidnapping offers her a way out – but little does she realise, when she takes it, that something insidious and dark lurks behind the mystery. Something spreading from the shadowy figure of a one-eyed king…

I found Graceling to be an entertaining read. However it lacked the epicness I was expecting.

I like that this is more of a standalone with two companion novels, if I’ve understood correctly, than an actual series. There is closure to this book. If one wants to read more in this world you can, but there is no urge to it where you have to know what happens which makes for a nice change for once.

The idea of the graces, and how they set, I find very interesting. However the world surrounding them feels bland. There is little in their world that really stands out with maybe the exception of Po’s home country. The surrounding doesn’t feel vibrant. And that is a shame. It could have tilted this book up quite a bit.

The plot was good for the most part, though I feel the first part of the book was stronger in that regard. Katsa became miss wonder woman which was slightly annoying, but something I could put to the side for the most part as I was reading. I felt there was a lack of epicness to this plot though. It isn’t a story that will remain with me for long. Maybe because we had such limited interactions with our bad guy, and once we did he was actually defeated very quickly, there was no sense of this danger or horribleness for me as a reader.

The start did not entice me immediately. I found it a little hard to get into Katsa. But once I got used to her, her sassy and blunt nature drew me in. Po is such a likeable character. I love how he is described when he takes his slouching, relaxing stand. Some of the side characters were great additions to Katsa.

I liked the romance in this book for the most part. I think Katsa and Po even each other out well, and that their relationship isn’t conventional. However Katsa’s responses felt a bit off towards him in that. This idea that Po would own her if she married him and such. I understood not wanting to be married and have kids, but marriage doesn’t equal ownership. The reasoning behind that was a bit flimsy.