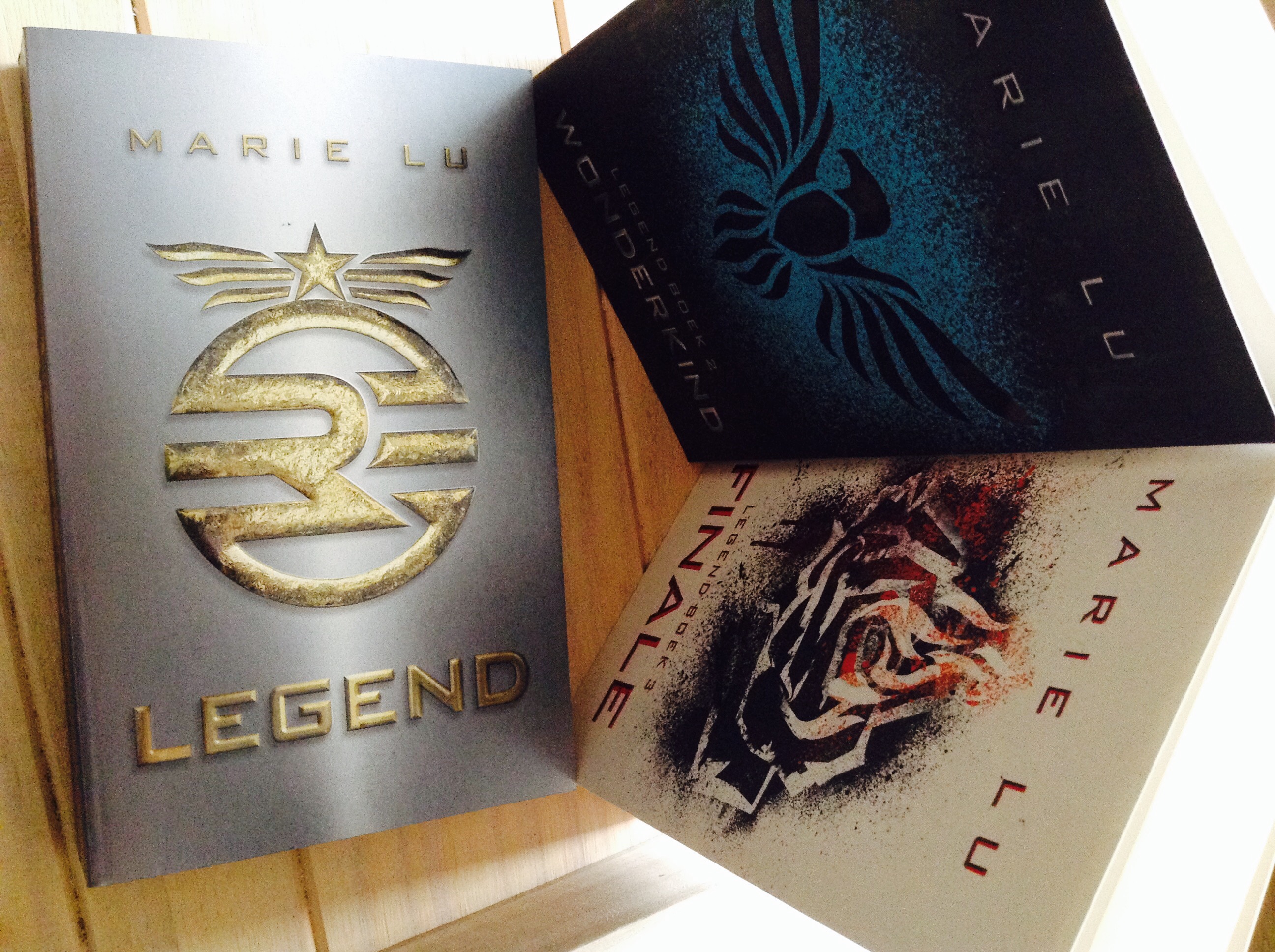 What was once the western United States is now home to the Republic, a nation perpetually at war with its neighbors. Born into an elite family in one of the Republic’s wealthiest districts, fifteen-year-old June is a prodigy being groomed for success in the Republic’s highest military circles. Born into the slums, fifteen-year-old Day is the country’s most wanted criminal. But his motives may not be as malicious as they seem.

From very different worlds, June and Day have no reason to cross paths—until the day June’s brother, Metias, is murdered and Day becomes the prime suspect. Caught in the ultimate game of cat and mouse, Day is in a race for his family’s survival, while June seeks to avenge Metias’s death. But in a shocking turn of events, the two uncover the truth of what has really brought them together, and the sinister lengths their country will go to keep its secrets.

I had low expectations when I started this book, as my track record with dystopia is not all that great, but I was pleasantly surprised. Though this book has its flaws, it grabbed my interest and I read it in one go.

The dual I pov always makes me very iffy. Especially when it changes every chapter. It can feel like a whiplash. The writing however was good, and despite both being very strong characters, I could easily distinguish between the two. I think this was because at the start they are very goal orientated. The story is fast-paced. The chapters short. At no point did I feel that the story dragged. It propelled forward in a good pace. I can’t say I was surprised by any of the twists. I saw most of them coming.

As for the characters, I like them. As mentioned previously, both Day and June are strong characters. I find it easier to connect with Day. I think this might be as he is the one that fights against injustices where as June comes from within the government. She has strong opinions of the street rats at the start of this book. But as she changes throughout the book, I also became more sympathetic towards her. Tessa is cute. I hope though that these characters will be further deepened out in the next books. I need a few more layers.

One negative point for me was that I very strongly wondered about the history of this setting with the colonies, but also with the test. We get very little background and as such the world building feels a little lacking. The two main characters also feel a tad bit young for the things they did, and at the start of the book it felt very unrealistic.